It’s been 10 years since moviegoers were introduced to Columbus (Jesse Eisenberg), Tallahassee (Woody Harrelson), Wichita (Emma Stone) and Little Rock (Abigail Breslin), a ragtag band of survivors navigating the dangers of the apocalypse in Zombieland. Now the whole makeshift family is back in Sony Pictures’ Zombieland: Double Tap.

The sequel, directed once again by Ruben Fleischer, finds them still together and still following the rules for survival (don’t forget your cardio, make sure bathrooms are empty, etc.). The group continues to travel across America in search of other survivors, which they find in the form of Madison (Zoey Deutch), Albuquerque (Luke Wilson) and others, all of whom fit into the same archetypes as the group shown in the first film.

Sony’s marketing campaign for the film has leaned into the points that connected with audiences a decade ago while also offering more than a little self-aware humor to connect with those looking for a good laugh with their zombie-surviving mayhem.

The first kinda-sorta poster (from marketing agency Concept Arts) was shown by Sony in late January when it was presented side by side with that of the original film as part of the #10YearChallenge meme that was sweeping social media at the time. It showed all the characters re-creating the same poses they were in years ago, everyone just looking a bit older.

Another poster (from marketing agency BLT Communications) came out in July at the same time as the first trailer, showing the team standing on a deserted highway ready for action. It’s a similar image as what was used for the first film and was primarily meant to thematically connect the two films while showing how time had indeed passed for everyone.

In September, a series of character posters (also from BLT) was released that put each of the main stars — both new and returning — in front of the neon sign-like title treatment. These are all bright and bold and meant to create a very strong visual tone for the movie while showing how much fun the audience can expect to have.

The first trailer (14.4 million views on YouTube), released in July, starts out by having a bit of fun, presenting the names of the returning cast as Academy Award winners or nominees. That prestige is undercut almost immediately as we see all four characters launching massive weaponry at zombies as they make their way across the overgrown lawn of the abandoned White House. They eventually encounter another survivor, Madison, who changes the dynamic of the makeshift family by making Columbus act a bit goofy and Wichita a bit jealous. When Little Rock takes off, they set out to find her. It ends with the group meeting bizarro versions of themselves, showing that survival has kind of a pattern.

The second, red-band trailer (940,000 views on YouTube) came out just a week before the movie was scheduled for release. Labeled the “More Than Just the F-Bomb Trailer,” it offers the same basic overview of the movie’s story. Additionally, it shows the return of a big-name cameo from the first movie and more explicitly declares that the writers of Deadpool, Rhett Reese and Paul Wernick, and director of Venom are behind this new installment, hopefully giving it some geek cred with the audience.

The first glimpse that the movie was actually moving forward after years of rumors came when a logo was displayed by Sony at its 2016 CinemaCon presentation, though no other details were offered at the time. It wasn’t included in any subsequent CinemaCon promotions.

Despite seeming to be a perfect fit for the venue, the movie did not have any panels at San Diego Comic-Con earlier this year, part of Sony’s overall strategy of sitting out the event.

A featurette came out in September that had the cast talking about the fun they had reuniting and how they feel the new movie is a strong continuation of the story told in the first, with new characters and situations for everyone to navigate.

TV advertising began in early October. Spots like this were similar to the first trailer in how they focused on the seeming disconnect between this movie’s zombie-killing hijinks and the fact that all four of the lead actors have been nominated for or won Academy Awards for other projects.

Shorter ads like “Brains” and “Namaste” featured on-screen text that went along with the dialogue being spoken. That feature, as well as the ads’ length, indicate they were likely used for pre-roll on YouTube or in other social ad units, since that visible text works well in places where the sound may not be on by default.

Online ads used various elements of the key art, as well as video footage in some units. Especially closer to release, many of those ads used the same “From the director of Venom and writer of Deadpool” messaging as the second trailer and TV spots.

A mini-documentary on Tallahassee’s prodigious skills was produced and distributed by ESPN, with the other characters, as well as some of the network’s anchors, talking about how good he is at killing zombies (though he may be a bit old, according to some).

The cast and Fleischer took part in a Q&A video shared by Sony where they talked about returning to or joining the series and what they feel the story is about.

At the Hollywood premiere last week, Fleischer reminisced about how 10 years ago Eisenberg and Stone were relative unknowns, while the writers were enthusiastic about the potential for more movies down the road.

While San Diego Comic-Con was passed over, the cast, along with Fleischer, did appear at Comic-Con LA last weekend, engaging in a Q&A with fans and offering some there an early screening of the movie, an attempt to generate some last-minute word of mouth. 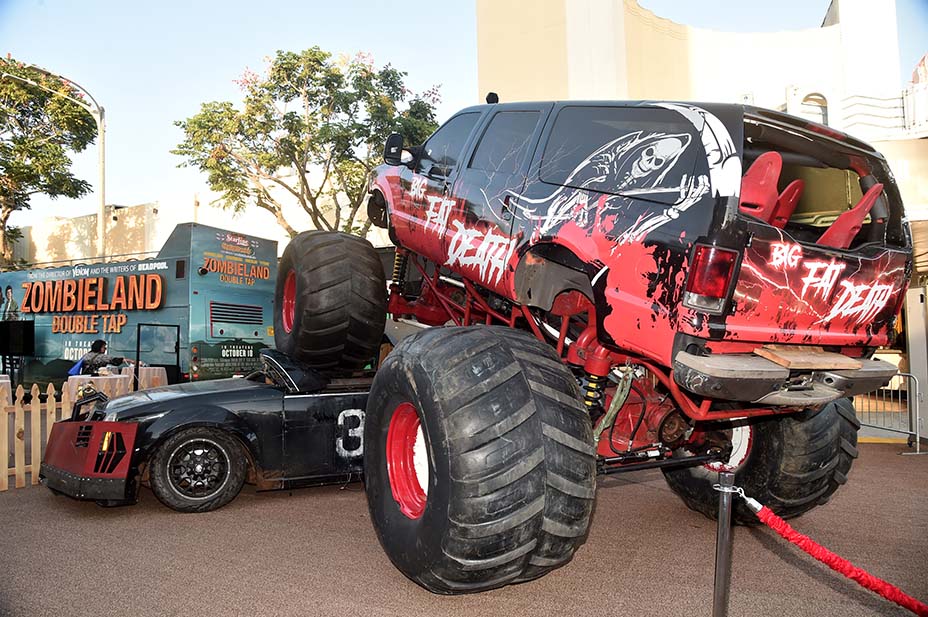 Zombieland: Double Tap is the latest in a string of sequels that come a decade or more after the original hit. Unlike some of those, though, this is a true sequel, not a pseudo-sequel that’s meant to also act as a franchise or series reboot.

Sony’s campaign for the movie counts on familiarity with the original, using it as a jumping-off point for the new elements introduced here. Albuquerque’s joke about Tallahassee’s signature catchphrase being “very 2009” and the bit about Wichita being jealous that Columbus told Madison his rules all rely on audiences knowing what those are callbacks are referencing.

While there was the appearance at Comic-Con LA, It’s somewhat surprising there wasn’t a presence at SDCC or elsewhere to start getting fans excited. Still, the advertising campaign has tried to make up for that by reminding people of the filmmaker’s credentials, hoping that gives this movie some cachet.