The future of the postal service is… out there. That’s the premise of Space Bastards, the comic book series about an Intergalactic Postal Service staffed by, shall we say, somewhat undesirable elements, launching a new crowdfunding campaign today.

Set in a future where the Intergalactic Postal Service is the last word in deliveries — because the lack of regulation promotes postal carriers to intercept and steal each others’ packages, even if it means killing someone in the process, with only the carrier making the final delivery to the recipient getting paid. The mail has become a cutthroat business, and only the most ruthless… or the most desperate… are ready to take the job.

Even Top Creators Find That Star Power Is Fleeting

The new Kickstarter campaign will fund the second volume in oversized Director’s Cut hardcovers, an edition that creator Eric Peterson describes as “as easy an entry point [into the story] as volume 1 for new readers.”

“Space Bastards is the brainchild and passion project of Eric Peterson and Joe Aubrey, wherein humanity has made it into intergalactic travel through space, but the economy still sucks,” artist and co-creator Darick Robertson told The Hollywood Reporter about the series.

“We experience the story through the trial and tribulations of Davey Proton, a hard-working corporate guy who just got laid off, and his only resource is to join the intergalactic post office, wherein, whoever delivers the package first, gets huge bonuses, and loads of money, but it just might cost you your life. These people are like mercenaries and will do anything and destroy anyone to be Number One. Designing this world and co-creating the characters was unbridled fun, as it leans heavy into fiction, rather than science, and like the world itself, there were no holds barred.”

Beyond Robertson, other artists contributing to the volume include 2000 AD mainstays Boo Cook, Colin MacNeil, and Clint Langley; Cook provides the cover to the volume. For the Kickstarter campaign, Robertson, MacNeil, Langley and Simon Bisley (Heavy Metal, Batman/Judge Dredd: Judgment on Gotham) are all creating exclusive artwork for prints to be shipped to supporters.

More information about the Kickstarter campaign can be found here. 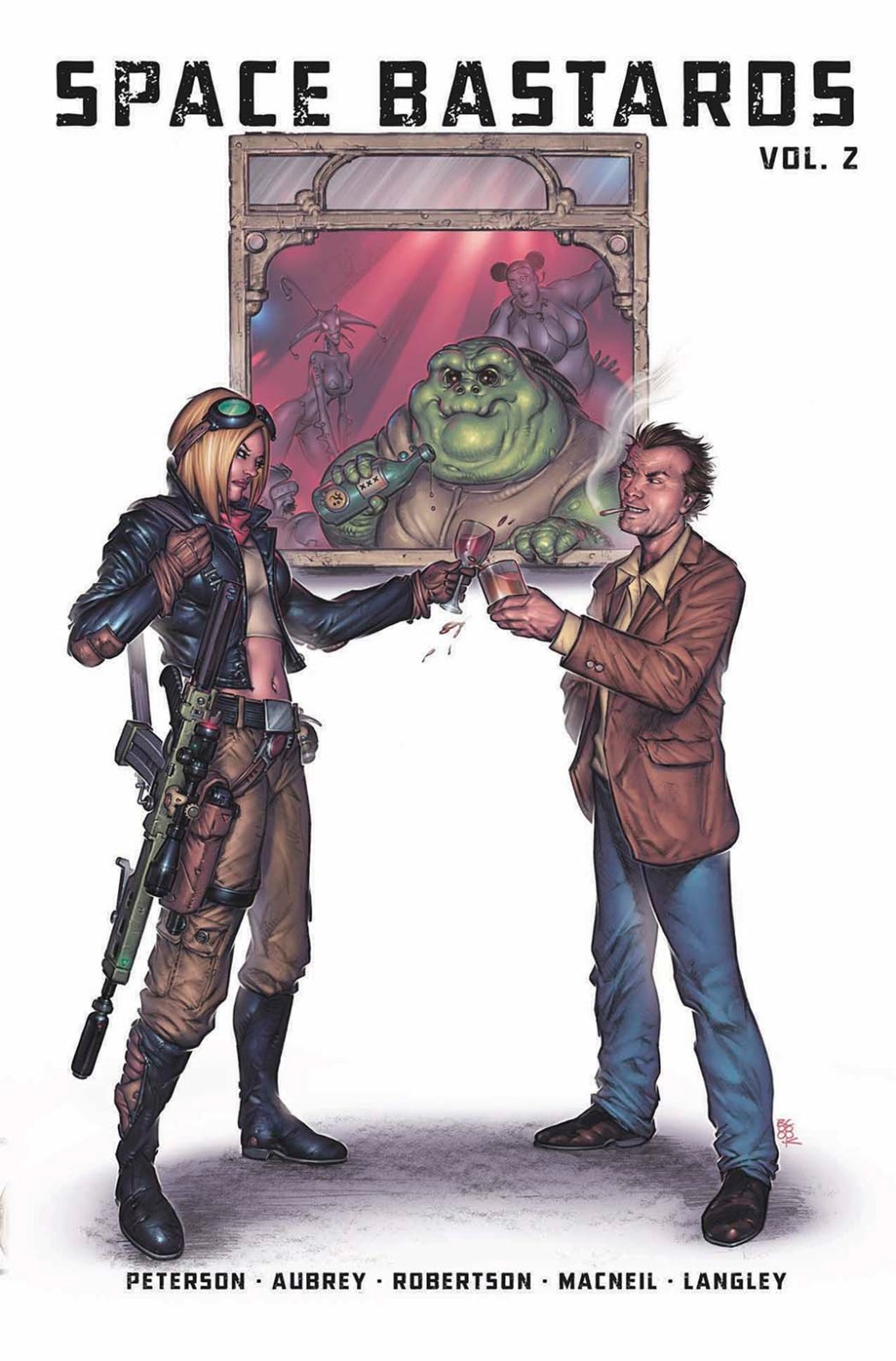 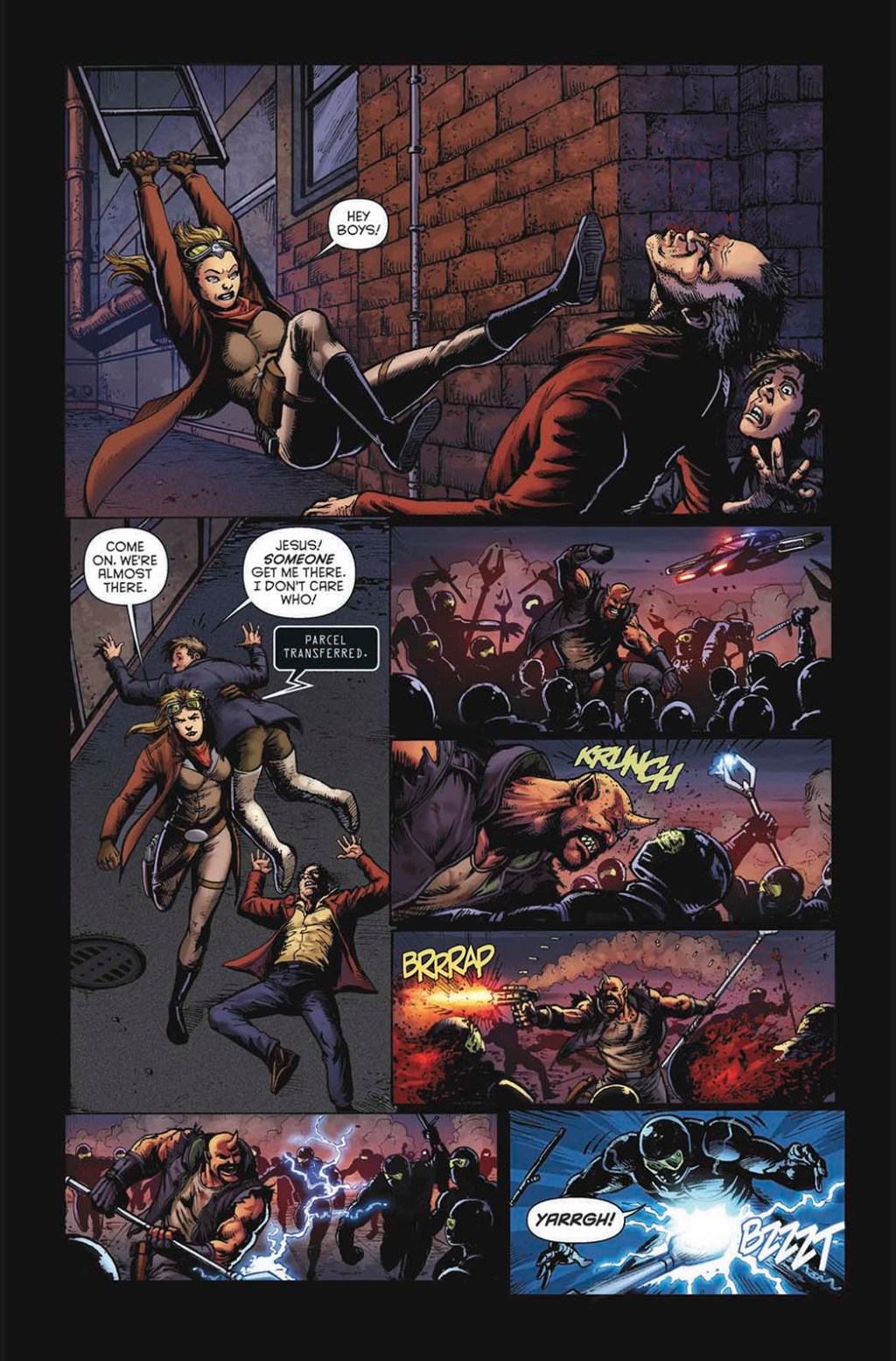 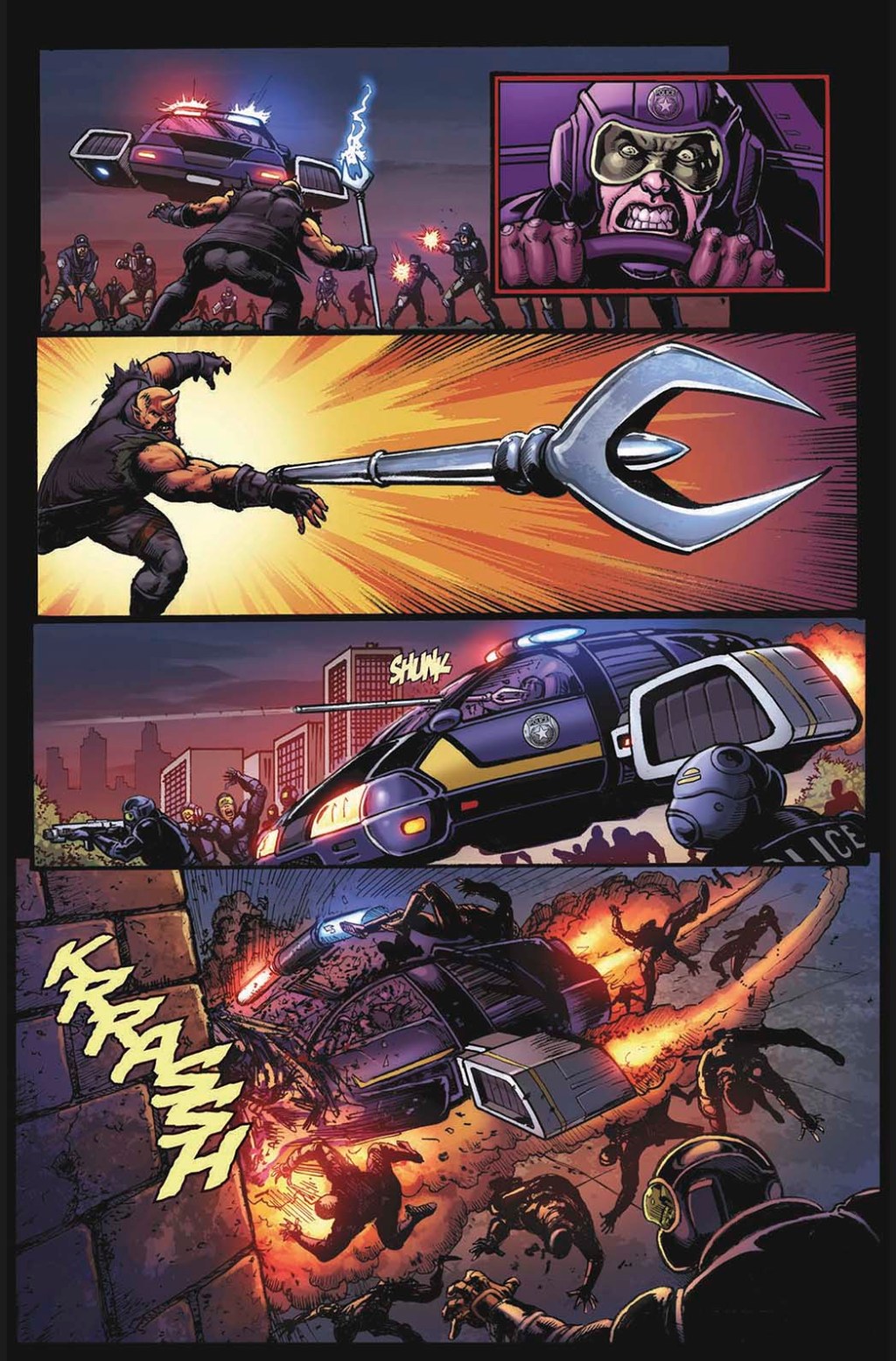 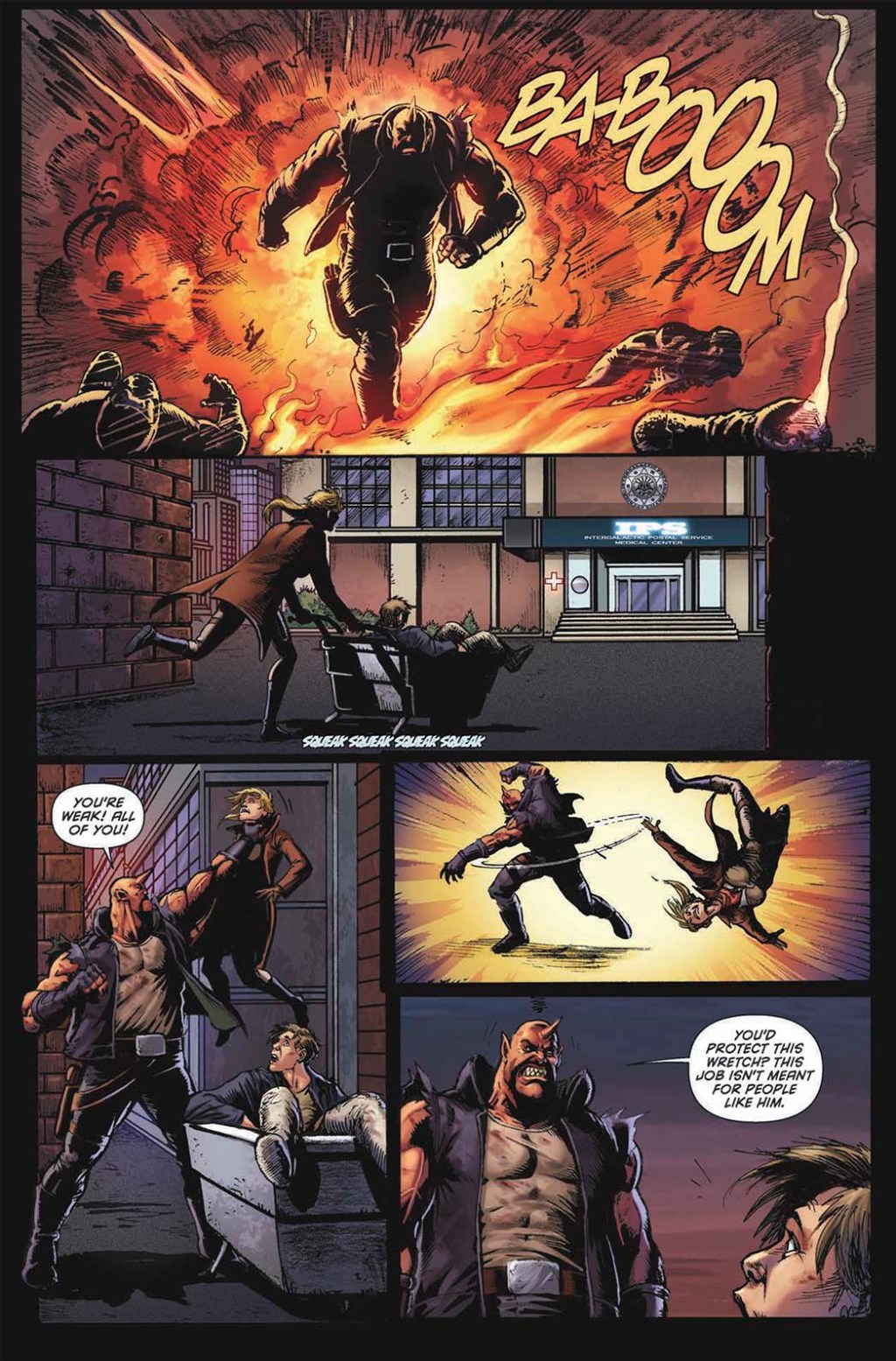 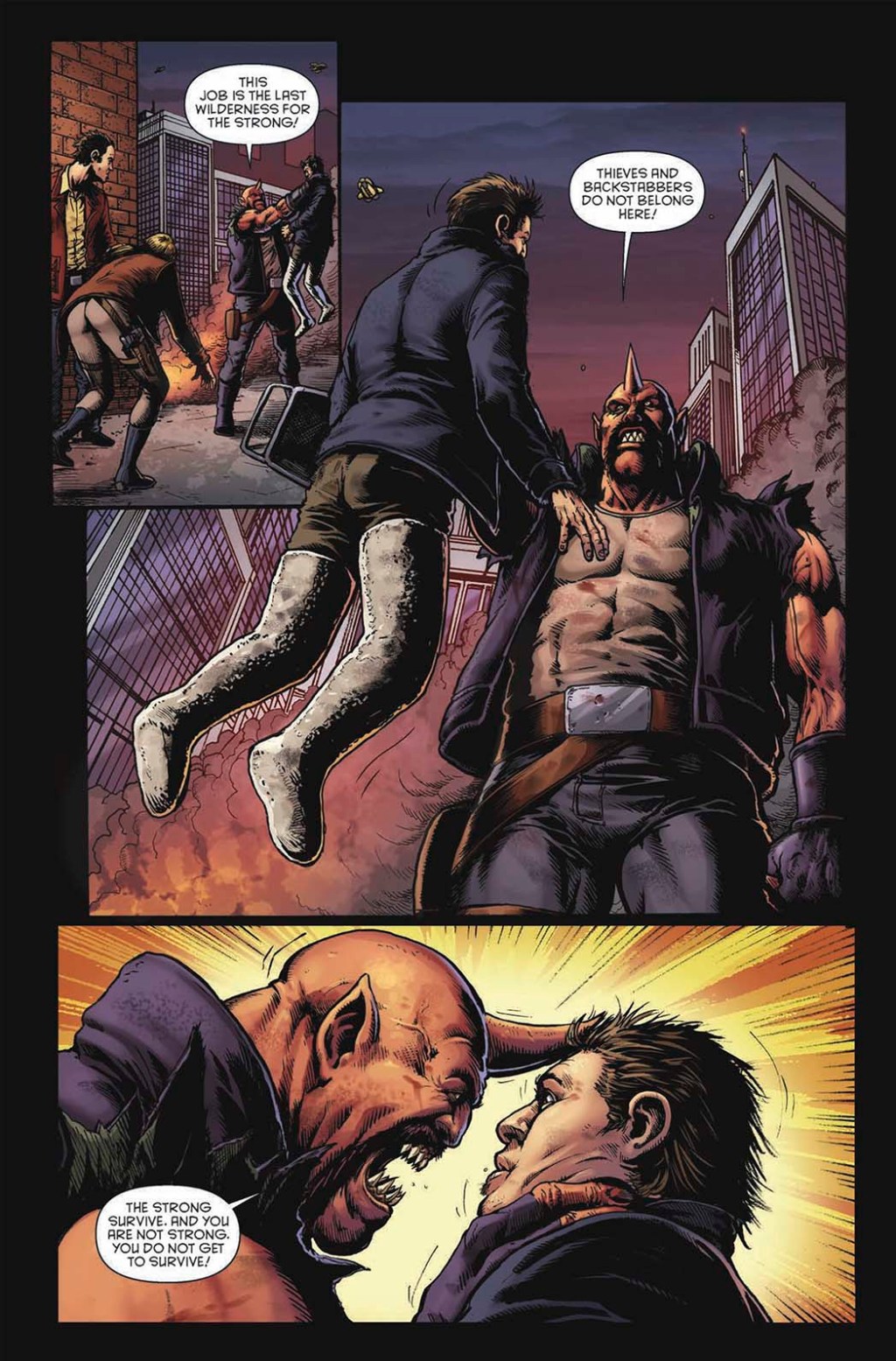