[This story contains spoilers for Spider-Man: Far From Home]

Spider-Man’s swing through theaters this week marks the end of Marvel Studios’ Infinity Saga, an 11-year, 23-film, three-phase journey that forever changed blockbusters and comic book adaptations. While Avengers: Endgame marked the end of the road for a number of the Marvel Cinematic Universe’s greatest heroes, Spider-Man’s story is just beginning. Spider-Man: Far From Home sees Peter Parker (Tom Holland) dealing with a world drastically altered in the aftermath of Thanos’ (Josh Brolin) decimation, and Iron Man’s (Robert Downey Jr.) sacrifice. Parker’s continuing struggle to find his place in the world only gets more difficult in Far From Home as maturing into the Avenger the world expects him to be brings new problems and threats, both personal and global.

Marvel Studios head Kevin Feige has previously discussed MCU Spider-Man sequels potentially following a format similar to J.K. Rowling’s Harry Potter series, in which the characters mature into adulthood over the course of the story. With that in mind, Far From Home promises that 16-year old Peter Parker’s path toward adulthood won’t be like any we’ve seen in previous Spider-Man films. Far From Home’s mid-credits ending drastically alters things for Spider-Man, and promises a shift within the MCU just as monumental as Nick Fury (Samuel L. Jackson) approaching Tony Stark with the Avengers Initiative, and Thanos’ first grin. There’s a wealth of possibilities for where Spider-Man’s life will go next.

This is the big one. If you haven’t seen the film, this is your last chance to back out. Just when things are looking up for Peter Parker and he’s finally let MJ (Zendaya) know how he feels, his date is interrupted by a breaking announcement from none other than J. Jonah Jameson, who brands Spider-Man a menace after a video from Mysterio (Jake Gyllenhaal) blames Spider-Man for the drone attacks shown across screens in Times Square. That alone would be enough of a cheer-worthy scene. Not only does Jameson finally make his presence known in this world, but he’s portrayed by none other than J.K. Simmons, who famously delivered a straight-from-the-comics performance in Sam Raimi’s Spider-Man trilogy. Spider-Man is not only branded a menace in New York, but globally. It’s classic Parker Luck, extrapolated in an era of terrorist concerns and fake news. But that’s not all.

Mysterio claims he knows who Spider-Man really is. He starts to say it, only the “P” intelligible before the video feed cuts out. It seems Peter Parker is saved for the moment. But no. The video comes back up and very clearly Mysterio says “Peter Parker” before his picture is featured on the screen for all the world to see. This changes everything, not only for Peter Parker, but for Spider-Man and the future of the MCU. Mysterio won and dies a hero while Peter Parker is denied the balance between a normal life and that of an Avenger, the very thing he has sought across two films and seemingly had found moments before.

So how does Parker continue on from being outed? It seems impossible for him to be able to return to school for what would have presumably been his senior year. Likewise, it’s hard to imagine a scenario where he can live any kind of public life with his friends and Aunt May. While superheroes revealing their secret identities is commonplace in the MCU, and Tony Stark’s revelation “I am Iron Man” only made him a bigger celebrity, Parker no longer has the public approval or the resources to handle a lack of a secret identity. The next installment of Spider-Man may find the webbed hero on the run while still attempting to live up to his mantra of power and responsibility, which will undoubtedly mean very different roles for his supporting cast. 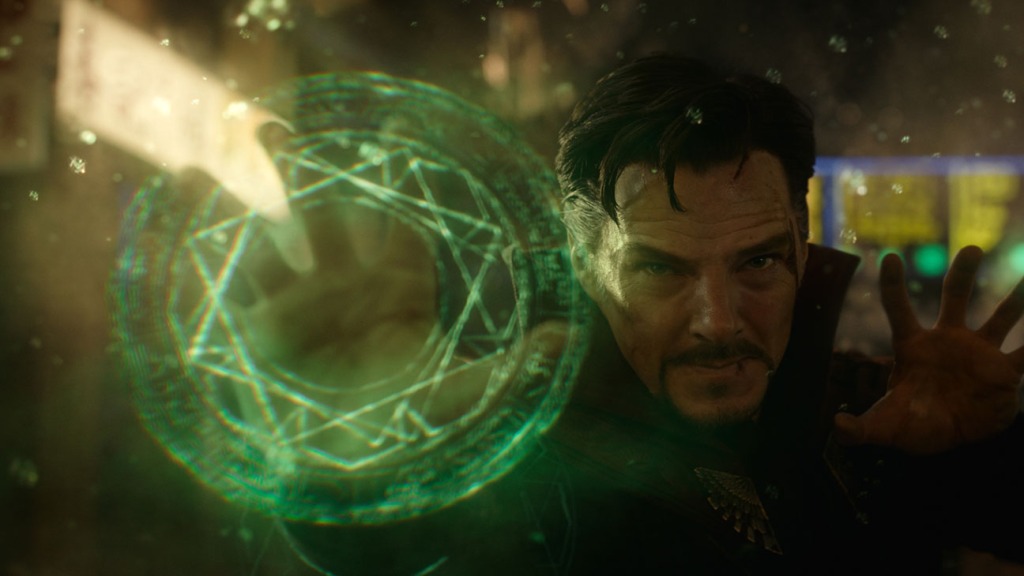 Presumably the remains of Avengers still on Earth would defend Parker from Mysterio’s accusations, though given the media coverage it may not do much good. They may have saved the world, but the majority of what’s left of the Avengers were branded as terrorists and war criminals five years ago. Time may have passed, but memories are short, and The Blip has made them even shorter. Ant-Man (Paul Rudd), the Hulk (Mark Ruffalo),and Hawkeye (Jeremy Renner) are just as subject to scrutiny as Spider-Man should they decide to team with him, though the Hulk could definitely provide a few tips about being on the run. Sam Wilson (Anthony Mackie) may be able to fight alongside Spider-Man to clear his name, but there’s also a good chance that he’ll be busy figuring out his own identity as the new Captain America.

Doctor Strange (Benedict Cumberbatch) may be Spider-Man’s best bet, especially since the two fought alongside each other on Titan in Avengers: Infinity War. In the comic storyline “One Moment in Time,” it was Doctor Strange who helped restore Parker’s secret identity and made the world, except MJ, forget they had ever known it. It’s possible that the answer to Peter getting his life back lies with tracking down Stephen Strange. But as we know, magic comes with a cost. And Parker restoring his secret identity through magic could lead to even greater consequences. As long as we don’t have to suffer through a cinematic equivalent of “One More Day,” Parker dealing with the gifts and curses of magic seems like interesting territory to explore. 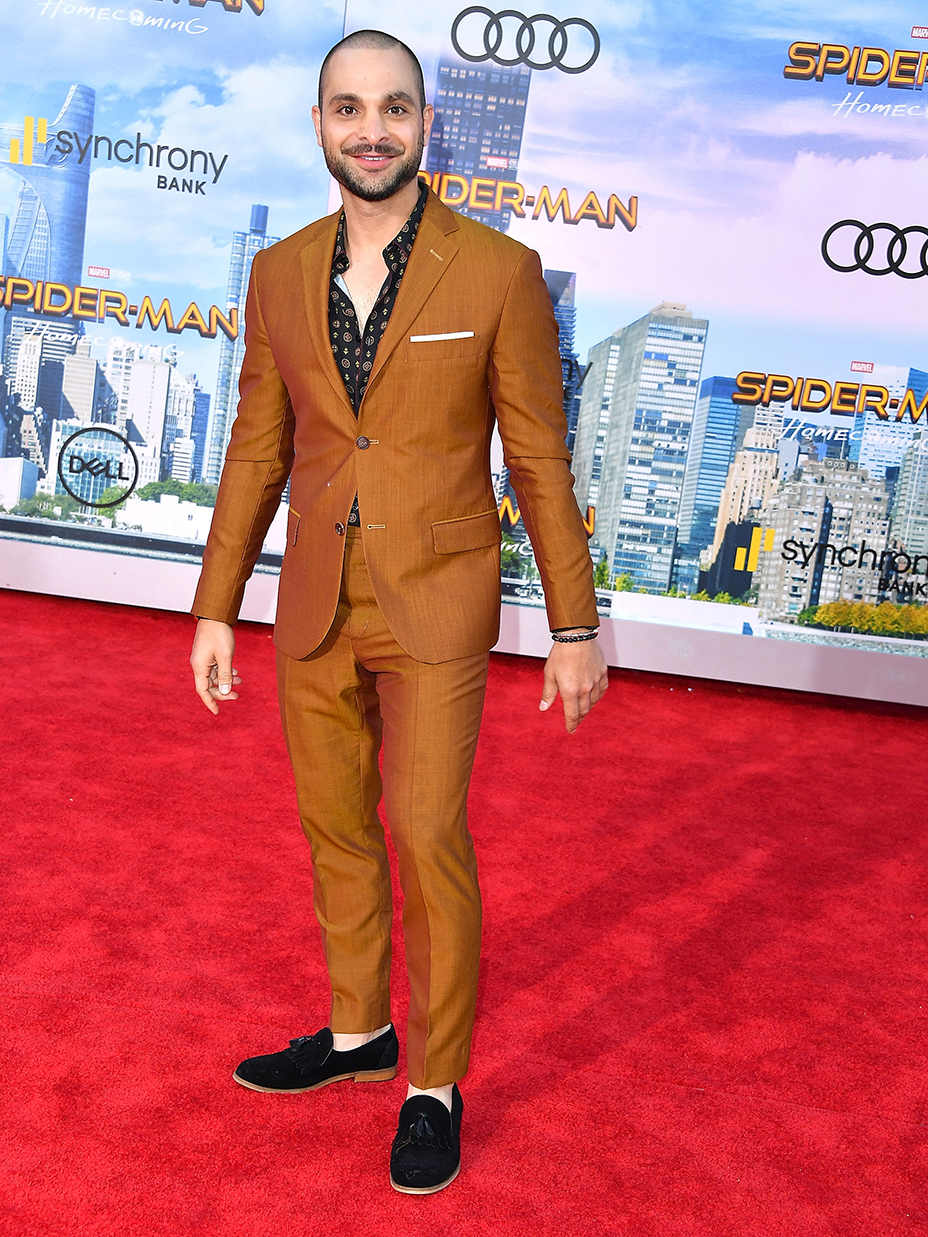 Of course, the loss of his secret identity won’t be the only threat Spider-Man will face in his next installment. While fan speculation prior to the release of Far From Home pegged the Sinister Six as the adversaries for the next installment, it appears that Sony and Marvel Studios have thankfully learned from The Amazing Spider-Man 2 (2014) and are playing the long game when it comes to introducing the team of villains. With 23-year-old Tom Holland recently saying he’d play Spider-Man forever, there’s no reason to expect that Spider-Man’s story will only comprise a trilogy of films. Going back to Feige’s comments about Rowling’s Harry Potter, it seems we’re in store for plenty more Spider-Man stories in the future, which means there’s lots of time to build up his rogues gallery.

Which villain(s) would make sense for a third film that sees Peter Parker outed and Spider-Man branded a threat? The MCU Spider-Man films have done a good job of not repeating adversaries we saw in Raimi’s trilogy and Marc Webb’s films, which is no easy feat given that some of the most iconic villains were used. Odds have it that we won’t be seeing Otto Octavius or Norman Osborn again anytime soon, at least not suited up as supervillains. But there are three villains we’ve yet to see onscreen who could make sense to the story.

We know Mac Gargan (Michael Mando) is still out there, presumably sharing a cell block with the Vulture (Michael Keaton). As we saw in the post-credit scene for Homecoming, Gargan is already interested in knowing Spider-Man’s identity, and is out for revenge after Spider-Man destroyed his weapons smuggling operation. The revelation that Spider-Man is Peter Parker could be the very thing that leads to him breaking out and donning a suit of his own as the Scorpion. In the comics, it was J. Jonah Jameson who hired Gargan to take part in a genetic experiment so he could hunt down Spider-Man. Perhaps there’s no finer way to welcome Simmons into the MCU in full by giving this new iteration of Jameson slightly more culpability when it comes to ruining Parker’s life.

The other two villain options that stand out are half-brothers Dmitri Anatoly and Sergei Kravinoff, aka Kraven and the Chameleon. Spider-Man fans have long wanted to see Kraven make his big-screen debut, and a film that features Parker on the run seems the perfect opportunity to bring in the hunter. Sony is planning its own Kraven solo feature for its cinematic universe of Spider-Man characters, separate from the MCU. But given the existence of the Spider-Verse within Sony’s films, there’s no reason why a different version of Kraven couldn’t exist in the MCU, especially since filmmaker Ryan Coogler previously revealed he wanted to fit the character into Black Panther but didn’t have the story space to do so. In the Ultimate Spider-Man comics, which heavily influenced the MCU’s Spider-Man, Kraven is a reality-TV star, known for his game hunting show, who alters his DNA with animal genes. This seems fitting given how media-dominated Spider-Man’s world is about to become.

As for the Chameleon, he might already exist within the MCU. Far From Home introduces a character named Dimitri (Numan Acar), who is working for SHIELD. Given how much these films are scoured over for references and Easter eggs, it seems unlikely that a character named Dimitri, despite the spelling differences, is a random coincidence. A character who has no shortage of disguises could really give Peter Parker a headache by framing him for crimes and creating an incentive for the public to root for Kraven. There’s also a chance that, given who Dimitri is working for in the film, that he splices himself with Skrull DNA to achieve his Chameleon identities. Whatever his origin, the Chameleon provides an opportunity for a number of actors to portray the villain and wreak havoc on Peter Parker and Spider-Man’s image.

It’s unclear what is in store for Spider-Man’s future. Sony maintains the rights to Spider-Man, and no further partnerships between it and Marvel Studios have been announced. Hopefully this year’s Comic-Con International keeps our Spidey senses tingling, because Spider-Man’s cinematic future has never been more exciting.