The dust is beginning to settle on the big revelations in Spider-Man: Far From Home, with fans having spent the past week debating those post-credits scenes and beyond. Now screenwriters Chris McKenna and Erik Sommers are prepared to face the tough questions head-on. (You know, such as “where did Peter Tingle come from?”)

To start, let’s look at Far From Home‘s most dissected line: “I thought the Kree sleeper cells were supposed to be a secret.”

It came when Spider-Man (Tom Holland) caught Nick Fury (Samuel L. Jackson) and Maria Hill (Cobie Smulders) mid-conversation. While it might have seemed like a throwaway line at the time, the mid-credits scene revelation that Fury and Hill were shape-shifting Skrulls the whole time put the dialogue in new light.

Fans began speculating that this could set up Marvel’s next big conflict…but the writers claim there was no master plan behind the moment, which they wrote long before Captain Marvel debuted and introduced audiences to the Kree and Skrull conflict.

“Honestly, it was one of those things where we needed a downbeat with Maria and Nick talking in their disguises,” McKennna said during a visit to Heat Vision Breakdown, a weekly genre video series from The Hollywood Reporter. “We’d be asking [Marvel for] plot points and they’d be giving us little things here and there. That was one of those things they felt like they could be talking about the Kree. It’s that boring of a story.”

Read on for more fan theories and references the duo tackled.

Why is it called The Blip instead of The Snap?

After Avengers: Infinity War came out, Thanos’ genocide against half the universe became known as The Snap among Marvel fans. The Far From Home team was actually surprised when The Snap caught on, as they’d been calling it The Blip in their script for a long time.

“It made sense, but it was strange for us to hear,” said  McKenna. “But also we loved the idea that the world itself came up with their own term for this thing.”

When Bruce Banner (Mark Ruffalo) snaps (or blips?) half of all life back in Avengers: Endgame, apparently everyone more or less reappeared where they were when Thanos turned them to dust. So…do airline passengers fall to their deaths?

“We asked that exact question,” said McKenna. “Bruce, in making the snap back, made sure to think about everyone being safe and sound. People were not falling 35,000 feet out of the sky. That would be a bummer.”

Is EDITH named for an ex-girlfriend of Tony Stark’s father?

Tony Stark (Robert Downey Jr.) gifted Peter Parker an AI system named EDITH, which stands for Even in Death I’m the Hero. But EDITH also happens to be the name of a woman Howard Stark (Dominic Cooper) dated in ABC’s Agent Carter TV series. Is this real-life Edith the AI’s namesake?

“If you want the real answer to that, we knew that Tony would come up with a funny acronym for the system like he does for everything,” said McKenna. “So we came up with the most Tony version of it, and it just happened to be EDITH.”

Are Skrulls immune to EDITH?

During the movie, EDITH never informed Peter that Nick Fury and Maria Hill were Skrulls. Perhaps SKrulls can fool EDITH?

“Or Nick Fury is clever enough that he knows an end run around EDITH. Maybe he’s part of the network?” responded McKenna. “Did Tony, who designed the system, know about Skrulls? If he did, was he working in league with Nick [and the Skrulls], so he would want to protect Skrull identity?” 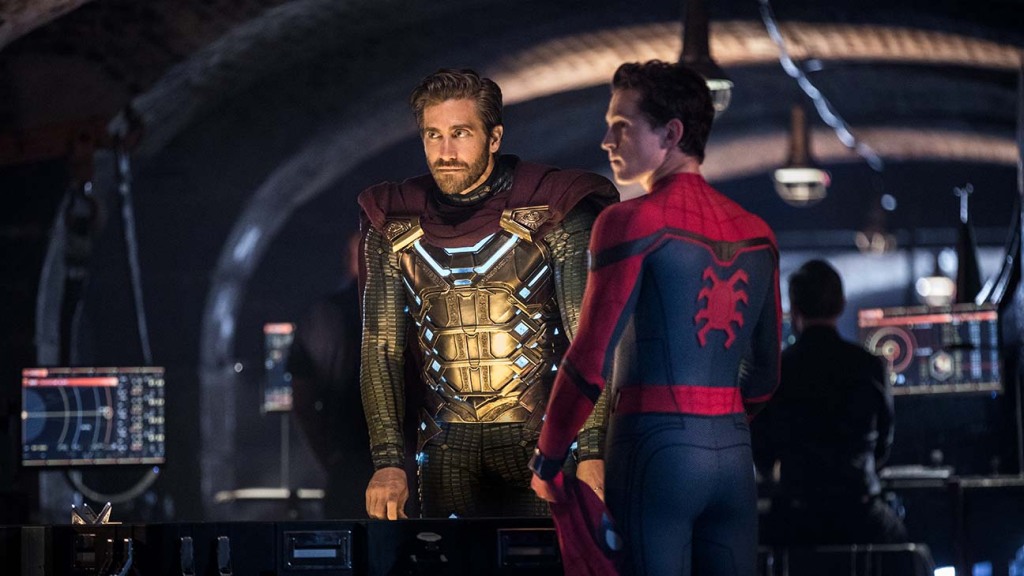 Is the MCU part of a multiverse?

Fan theorizing went into overdrive when a Far From Home trailer apparently revealed the snap tore a hole in the multiverse, allowing Quentin Beck (Jake Gyllenhaal) to come to the MCU. But Beck was lying, as he actually was a disgruntled ex-Tony Stark employee. So does that mean there’s no multiverse?

The Far From Home team knew they wanted Beck to have some sort of con, but just because he was lying, doesn’t mean the multiverse doesn’t exist.

“Someone in the creative team pitched the multiverse idea…and immediately we said yes. That would be a great way. People would ask fewer questions,” said Sommers. “It seemed like a great way to help Beck accomplish his goal, and help us get one over on the audience.”

“In the comic books there are multiverses obviously,” said McKenna. “Whether there is a multiverse in the MCU remains to be seen.” 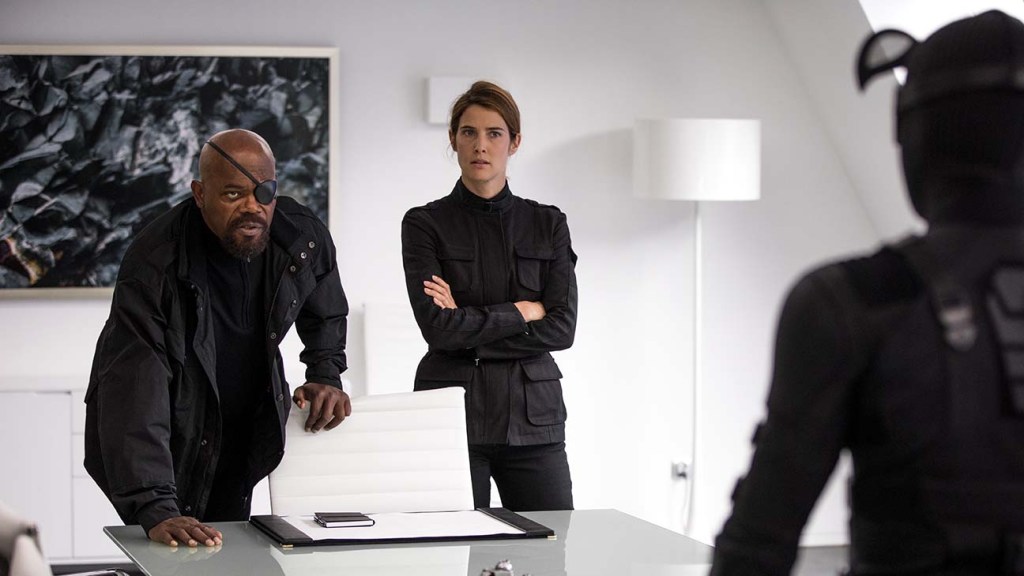 Nick Fury and Maria Hill were Skrulls. Could that be true of others in the MCU?

“It’s certainly possible. We didn’t write anything in specifically and we have not personally planned anything out, but I think it certainly opens up a world of possibilities that is very exciting,” said Sommers.

Was J. Jonah Jameson inspired by the PS4 Spider-Man game?

J.K. Simmons, who starred in Sam Raimi’s Spider-Man films from 2002 to 2007, got perhaps the biggest cheers of the movie with his return as J. Jonah Jameson, this time as a conspiracy peddling Internet personality. It’s a version of the character that is somewhat similar to Marvel’s Spider-Man game released last year. Was that intentional?

The Far From Home team had been working on its own iteration before the game came out.

“They were talking about bringing back J.K. pretty early in the process,” said Sommers. “Then it was pitched by someone on the team to have the Daily Bugle now be this Internet kind of thing and have him be more of an Alex Jones kind of character. We all liked that idea ,so that’s what we went with.”

Finally, the most important question of them all….

Where did “Peter Tingle” come from?

The Far From Home team knew it wanted to address Peter’s Spider-Sense in this movie, but they didn’t want to play it straight.

“Somehow, tingle came up. Spider-Tingle, and then [director Jon] Watts said Peter-Tingle,” recalled McKenna. “That’s horrible, yes! We have to use that. That’s super embarrassing.”

Added Sommers: “It’s just the kind of thing your aunt would call it that would embarrass you.”

Watch their full interview at the top of the post, and if you missed it, check out what happened when the writers behind Avengers: Endgame faced fan theories.