Over the last several years, Michael Keaton has enjoyed a career renaissance, rising from the trappings of second-rate family films and thrillers (like Jack Frost or Herbie: Fully Loaded) like a majestic phoenix from the ashes. His wings were once clipped, but now he soars, picking off critically acclaimed acting roles like a bird of prey.

The avian similes are fitting because of Keaton’s winged character choices as of late, such as in Alejandro G. Inarritu’s Birdman or (The Unexpected Virtue of Ignorance) — which scored the actor an Oscar nomination — and now the Vulture in Marvel’s Spider-Man: Homecoming. Across these two films, he essentially plays out his own career in a stupendously meta and cathartic way that shows just how emotive and varied a thespian he can be. In many ways, The Vulture is a role Keaton has been preparing for since Tim Burton’s Batman in 1989 — and one that people may not have been able to take seriously had he not done Birdman in between.

Let’s start with Birdman, the 2014 film credited with his career renaissance and which stars Keaton as Riggan Thomson, a washed-up actor who’s only famous for his role as the superhero Birdman in a popular trilogy of movies 20 years previously. He’s plagued by strange hallucinations of his former superheroic persona. Though Keaton never starred in a trilogy (he exited the franchise after 1992’s Batman Returns), those years playing Bruce Wayne surely showed him what it means to balance one’s identities and burdens, something that feeds heavily into his latest role as Adrian Toomes (aka The Vulture) in Spider-Man: Homecoming. 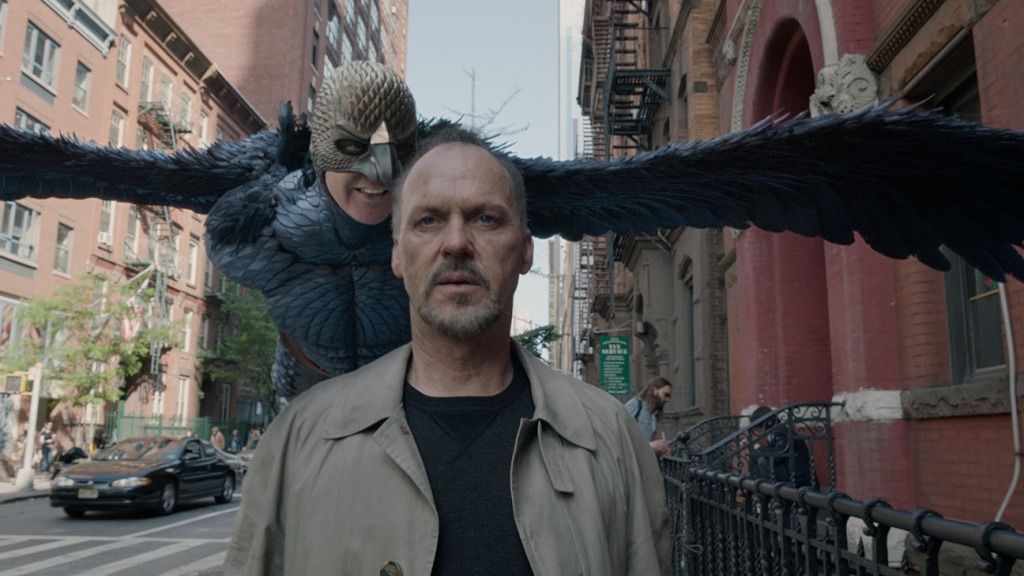 While pundits have argued Birdman completed Keaton’s journey back to the A-list, there’s an argument that Spider-Man actually completes that journey. There’s nothing more A-list than doing a string of critically acclaimed movies and then jumping into a giant franchise like Spider-Man. Bonus points if that role also gives you serious dramatics to dig into, and that’s certainly the case with the Vulture.

And in a way, there’s a strong throughline from Birdman to Spider-Man. It’s not hard to imagine that Riggan went totally nuts after the ambiguous ending of Birdman and decided to become a New York City supervillain, turning his once heroic legacy into one of infamy in order to get back at those who slighted him. Head canon aside, Riggan and Toomes are also similar in mentality despite differing in their methods and end goals. Whereas Birdman dealt with the blurred lines between identity and fame, Spider-Man is about the ones between identity and responsibility. Toomes has been described by one of the Homecoming producers as a family/business man with a “Tony Soprano mentality” who’s not interested in world domination. In other words, he differs from other Marvel villains we’ve seen before, like Ultron or Thanos, because he’s just a normal blue-collar dude who feels like the world has cheated him and the only way to get even is to play dirty. 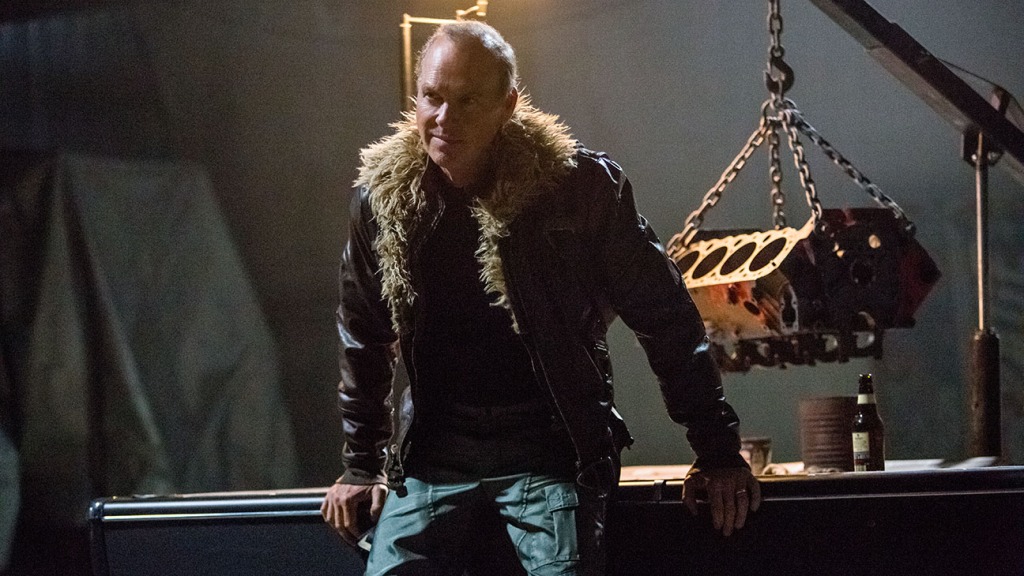 Like Thomson, he’s seen what the “good life” can be in the form of guys like Tony Stark and he even goes so far as to say that rich people like Tony don’t care about the little guys. Instead of putting on a Broadway show, however, he decides to start committing crimes with high-tech gadgetry.

Keaton knows how to play regular guy, hero and villain all wrapped up in one talented package. As Homecoming shows, he’s expertly able to switch between all three on a dime, surely aided by his experience as Bruce Wayne and, more specifically, Batman, a vigilante with a strict moral code who made a choice to fight the darkness when his parents were gunned down. Batman of all people knows how easy it is to give in to the allure of criminality when everything seems lost (see: The Joker) and yet he uses his own demons — and extensive resources — to fight on the right side of the law. 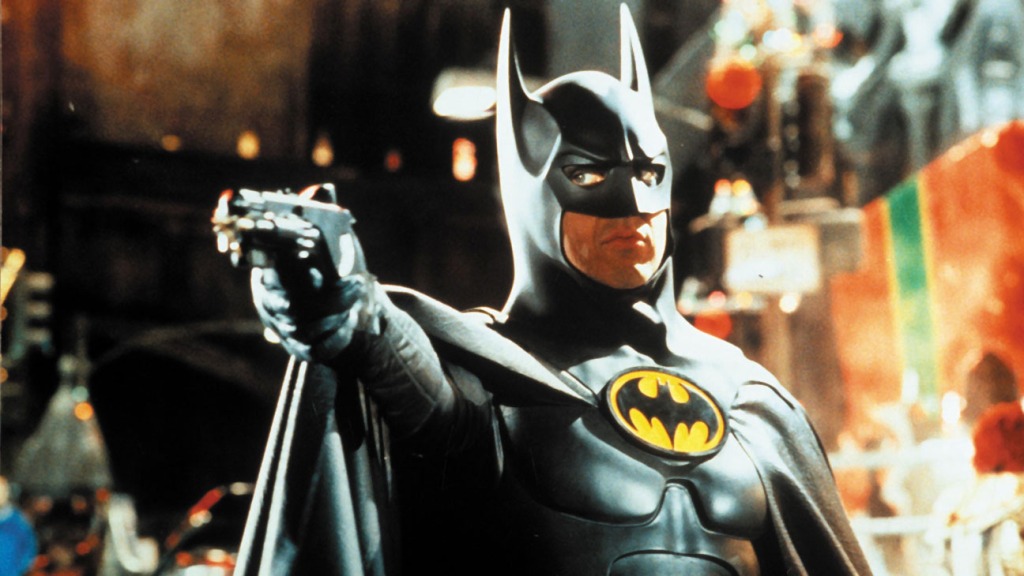 At the same time, Wayne grapples with status in the world as a billionaire, playboy philanthropist (the Tony Stark of the DC Universe) and his duty to the city and people of Gotham. Simply put, Batman strikes the perfect balance between identity and responsibility, which is what Peter Parker deals with in Homecoming. He’s just a teenager with a tremendous burden: If he doesn’t use his powers, people get hurt, and even if he does, he may lose out on living a normal life. By that same token, Toomes’ Vulture has the same choice. At the crossroads of doing what is right and what is easy, he picks easy, thus straying down the path of darkness and villain hood. In essence, Keaton is now playing his Batman role in reverse, an alternate (or Bizzaro) universe where Bruce became a supervillain. They’re both non-superpowered individuals who use fancy technology to fly around menacingly and operate outside the law. The more you think about it, the more Toomes and Wayne are different sides of the same coin. Keaton’s basically been preparing for this role for nearly 30 years.

It’s funny to think that there was such a negative outcry from fans when Keaton was first cast as Batman back in late 1980s. Now he’s entrenched in two of the biggest superhero franchises to date, and more than that, he’s actually bridging the gap between them. As Harvey Dent once said, “You either die a hero or live long enough to see yourself become the villain.”

'Spider-Man: Homecoming' Writers Had Just 3 Days to Win Over Marvel