Tom Holland may be 21, but he’s got his future all figured out.

In the new issue of Interview, the actor is interviewed by his Spider-Man: Homecoming colleague Zendaya, who asks him about his career goals. Holland admits that, like his character, he’s casting a wide net.

“The 20-year goal is to be a film director. The 15-year goal is to win an Oscar. The five-year goal is to just keep enjoying myself,” he says, before admitting that he’s already doing the latter. “I really am having the time of my life. But as far as my future goes, I want to stretch myself as an actor in a way that Jake Gyllenhaal, Leonardo DiCaprio, and Meryl Streep do. I don’t want to be stuck to one character. I think that’s what can happen when you take on a superhero movie. So every conversation I have with my agent is, ‘What have you got for me? What’s next? Who can I play?'”

While he waits to figure that out, Holland lists a pair of other iconic roles he’d like to take on. “James Bond. Or maybe I’ll do Batman,” he tells Zendaya.

But it’s Spider-Man that first has to the opportunity to make him a household name, even if it took awhile to get there. Holland also gives Zendaya the backstory on his nail-biting run toward a signed contract. “That process was five months. I did eight auditions. I did five self-tapes, and then a screen test with Robert Downey Jr. and a screen test with Chris Evans,” the actor details, before admitting that he didn’t actually meet the former right away. “In the screen test with Robert Downey Jr., they brought me into the room and I met him. I was so nervous. In my head, I thought, ‘Wow, you look really weird in person. You don’t look like you do onscreen.’ I found out later that I met his stand-in.”

In addition to Holland, Interview is offering readers the chance to meet a crop of rising Hollywood stars. Holland is one in a series of covers that also feature Timothe?e Chalamet (Call Me by Your Name) in conversation with Matthew McConaughey; Bill Skarsga?rd (It) interviewed by his older brother Alexander; Mackenzie Davis (Blade Runner 2049) in conversation with childhood friend Nick Haramis; and Zazie Beetz (Atlanta) interviewed by Atlanta creator Donald Glover.

Back to Holland: Long before screen tests with Iron Man and Captain America, Holland was a wannabe performer who found his footing by — what else? — dancing. “My mom thought I could dance because I used to dance to this Janet Jackson song she’d play when I was a baby,” he admits. “Then she would take me to a Saturday dance school. I used to go every week and got spotted by a scout, who suggested I audition for the role of Billy in Billy Elliot the Musical. When I first started auditioning, I was too small and I couldn’t dance.”

But he kept at it, eventually landing a spot onstage. “I loved doing ballet,” says Holland. “I trained for two years. I auditioned every six months for Billy Elliot and got slightly bigger every time I went, and eventually I got the job. I’m very happy I had that training. It’s been so valuable to my career, and I’ve used it on almost everything I’ve done since.”

Maybe that’s what will help him win that Oscar. 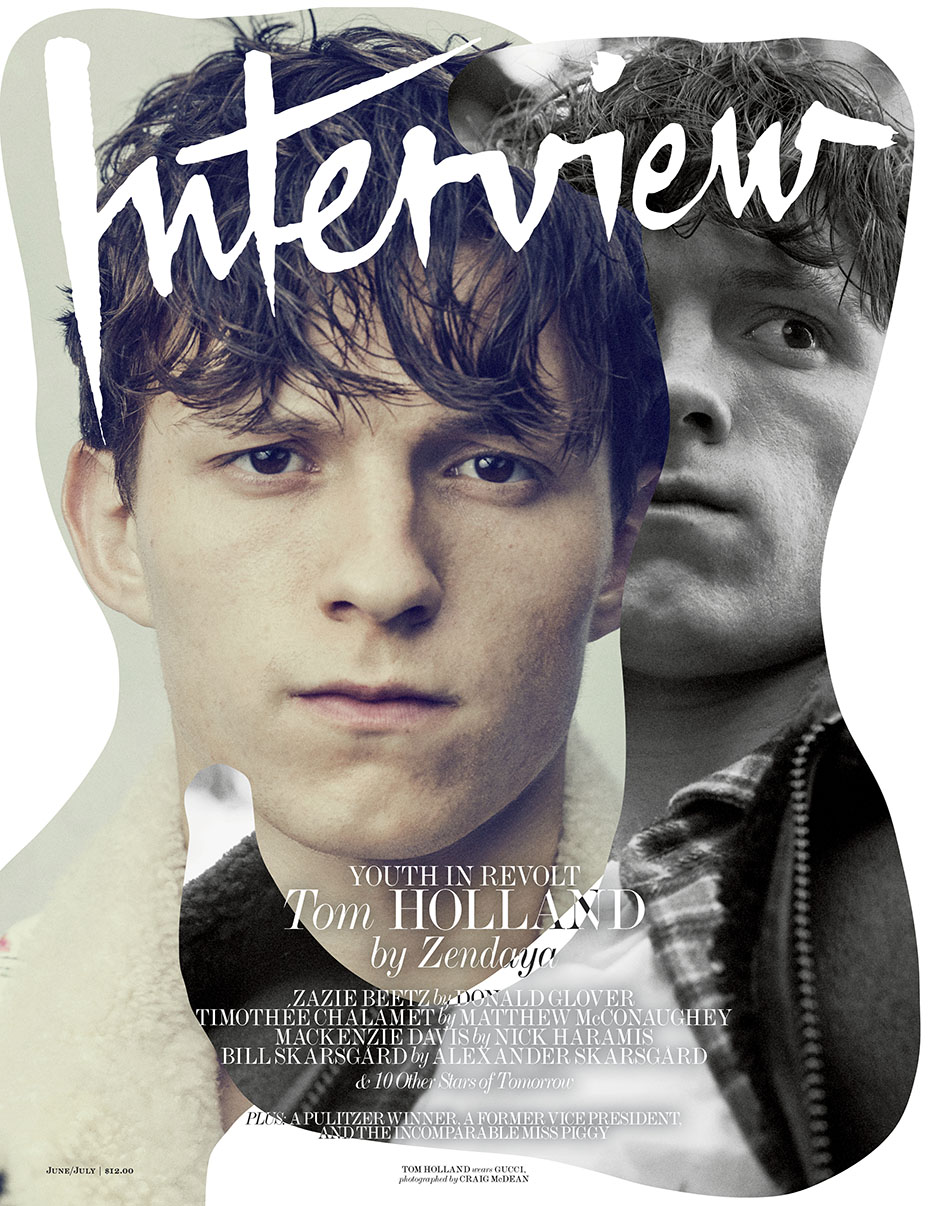