In the late 1980s, several artists, inspired by the works of Stan Lee and his colleagues Jack Kirby and Steve Ditko, took over books at Marvel Comics and revitalized the company. Jim Lee, no relation, drew X-Men #1, which remains the best-selling comic book of all time. Rob Liefeld co-created Deadpool and Cable and other new characters. And Todd McFarlane took Spider-Man to new heights, with fancy webbing and a new archenemy in Venom. Then, in the 1990s, the trio and a few others left to create Image Comics, again following Lee’s footsteps by becoming publishers and editors-in-chief of their own creations.

Lee, Liefeld and McFarlane shared with Heat Vision a few remembrances of the man who was, and remained, a role model and hero even as they grew into inspirational and hero roles for younger generations.

The closest I got with Stan was over the past three or four years, because there was a period where I did five or six back-to-back comic book shows with him, many of which were on the East Coast. We were always booked on the same flights and seated across from each other or next to each other. Five or six hours from LAX to Boston, New York, Rhode Island — I logged a lot of time with that guy. I got to see what kind of food he liked. We bonded over our distaste of sour cream. I have swapped burritos with Stan because he had sour cream on his and mine didn’t. I have given up my seat to Stan so he didn’t have to sit in the bulkhead. My respect for him grew in an enormous way. I’m sitting there, at 49, thinking, “I’m a little tired.” But I look over and it’s 93-, 94-year-old Stan, and he is having a great time. He is the first one off the plane, and he has a skip in his step. He came by on his scooter at the last show we did together in 2017 in Los Angeles. He came up behind my curtain. They said, “Stan wanted to say goodbye.” He popped up. I said, “I just love you, Stan.” And he said, “Of course you do! You have good taste!” — as told to Aaron Couch

Forty years ago, I’m 16 years old. I’m a Canadian kid living as far away from New York as you could be. I didn’t think I had a chance to break into comics, but I became enamored with the medium. I happened to go down to Florida for baseball camp. By coincidence, the Holiday Inn I was staying in that night had a sign that said “Down the Hall, Comic Convention.” As I walked down the hall, they had a couple of artists sitting outside, and at one of the small booths was Stan Lee. It was like meeting the pope of comics. I introduced myself like a normal fan. I asked, “Would you mind if I hang out here and ask you some questions?” He pulls over a chair, taps it with his hand and says, “Sit down, son.” For seven hours I got to sit next to him. Years later when we became fast friends, he had no recollection, and he shouldn’t. The impact was all completely on my side. He let me ask questions for seven hours in between signings, and that information was part of the foundation of what kept me inspired to break into comic books. Through that, I ended up drawing and writing Spider-Man comics, coming full circle. — as told to AC 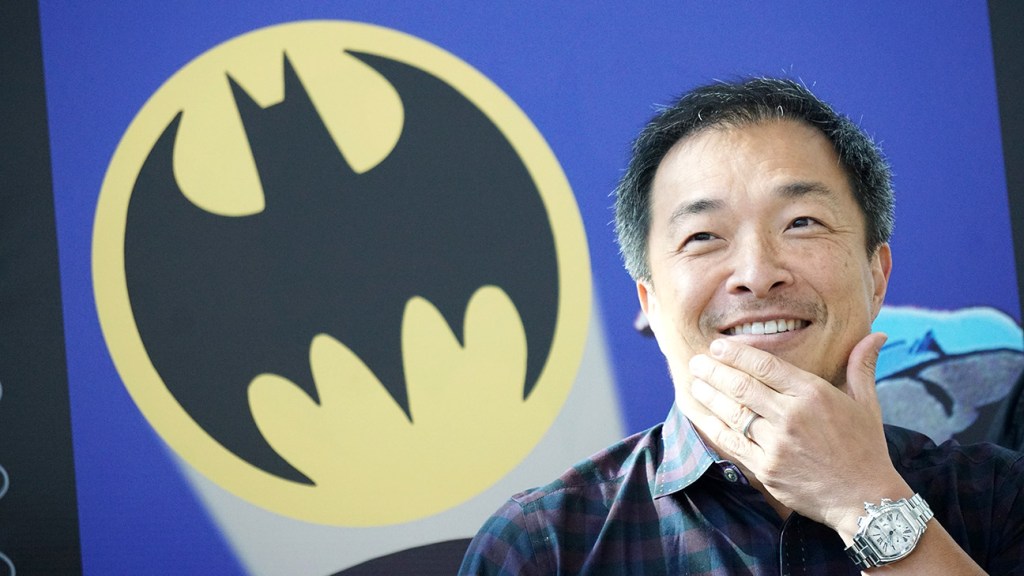 I remember being at Comic-Con and I was sketching and he was sitting next to me, providing color commentary, razzing me. “A guy like you with so much talent, you’d think you’d have gotten somewhere by now.” It was classic Stan. No matter what he was saying, the fact the he was paying attention to you was huge.

We worked together only once while I’ve been at DC. It was in the early 2000s for Just Imagine… looking at what if Stan Lee created the DC Universe. He had the basic idea and we worked the Marvel style, trading story points that I would draw and he would dialogue. I would call him up, sometimes I’d get him, sometimes I’d leave a message. Whenever he’d call me, I’d always let it go to voicemail so he’d have to leave a message; just to hear him. I ended up with this great collection of these amazing messages from Stan. He really did talk that way. It wasn’t an act. That was him. — as told to Borys Kit

A version of story first appeared in the Nov. 14 issue of The Hollywood Reporter magazine. To receive the magazine, click here to subscribe.