Contributor Chris Hartwell offers this update after sitting alongside the rowdy fan faithful in Friday’s much-anticipated The Last Jedi panel in Orlando, Florida.

The director spent four hours Thursday night meeting with fans, who were waiting in line for the panel, which revealed the first trailer for The Last Jedi. The fan-turned-filmmaker’s passion for the property was on full display Friday — and the fans responded in kind. Even after spending months on set, he still enthusiastically snapped photos of BB-8 when the adorable droid rolled on stage. And Mark Hamill revealed as well that Johnson was initially terrified to take the job, due purely to his own love of the franchise.

And throughout the panel, Johnson dispensed with the “typical, convention, PR talk” — “we’re all very proud of this film and had a blast making it” — speaking instead with a sincere gleam in his eye and making the fans believe him when he said, “I’m so excited for you to see this film.”

And the director backed that sentiment up, by premiering, for hundreds of screaming fans, the first-ever The Last Jedi trailer; fans who, in an instant, fell silent when its first images came on screen. 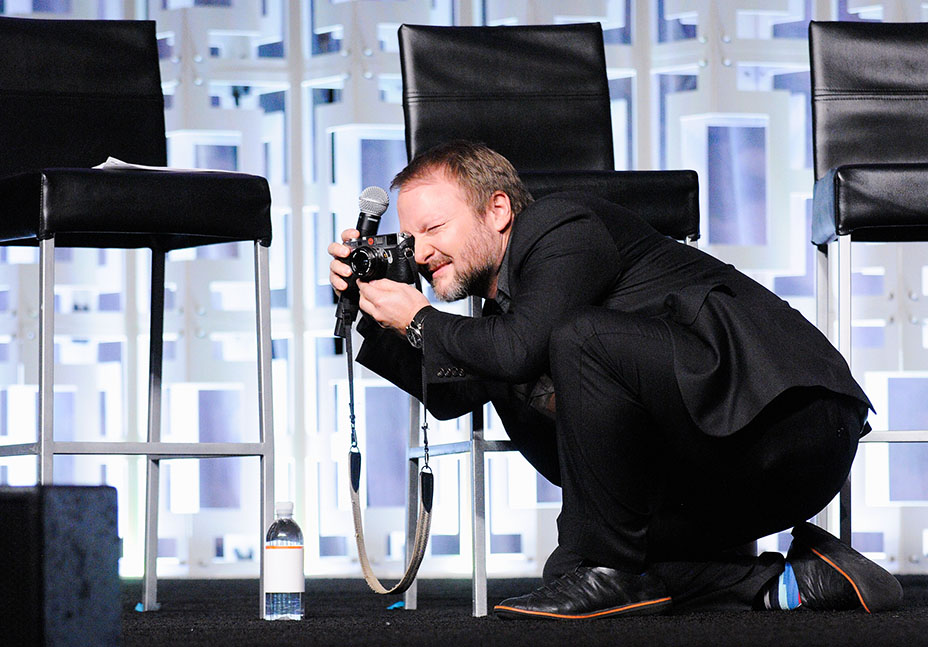 Walking away from that brilliant teaser, what stood out most to me was just how “Rian Johnson” the film already looked. Like his previous films, Brick, The Brother’s Bloom and Looper, each frame was immaculately composed with deep blacks and rich colors — an aesthetic that fell perfectly in line with the trailer’s final, very ominous line from Luke Skywalker, “it’s time for the Jedi to end.”

And if you’ll allow me a moment of geeky speculation — considering that Luke’s father and nephew both turned to the dark side after their Jedi training, it would make sense that he is now having serious doubts about encouraging others down that path.

'Last Jedi' Trailer: What It Got Right and What Was Surprising