The galaxy far, far way is feeling closer and closer. This weekend’s release of Solo: A Star Wars Story gives audiences a new Star Wars film just a mere five months after the previous entry, The Last Jedi.  What once seemed like limited events are now commonalities as the episodic Star Wars films have given way to Star Wars stories, spinoffs that flesh out the moments in between episodes. There’s nothing wrong with more Star Wars. In fact, with all of the capes and costumes that dominate the box office, it’s refreshing to have something a bit different in the form of these serialized sci-fantasy spectacles. Though so far, these Star Wars spinoffs — Rogue One (2016) and Solo — while enjoyable, stick a little too close to blockbuster formula to entirely be considered counterprograming. Solo‘s lower than expected box-office returns suggest it’s time to reassess the purpose and potential of the stand-alone films.

The central episodic films, Star Was: The Force Awakens (2015) and Star Wars: The Last Jedi (2017) recalibrated and deconstructed the Star Wars franchise, offering us new characters to love, and mysteries that are engaging in their infinite possibilities. But the spinoffs so far have told stories that are already largely charted. Going into Gareth Edwards’ Rogue One, we knew by way of A New Hope (1977) that the rebels who stole the Death Star plans succeed. Similarly, Ron Howard’s Solo, though it does a better job of setting up new mysteries than the previous spinoff, is ultimately telling a story where we know where Han will end up, and which characters will meet their ends before the events of the original trilogy. Sure, prequels can still engage us and give us strong emotional responses, but they never feel like the same achievement as those films that push for forward motion. If these spinoffs are intent on using recognizable characters and events, how can they achieve the narrative complexity and mystery of the central Episodes?

Lucasfilm has a slew of spinoffs centered around various characters in development. One of those is the long requested Obi-Wan movie, which has The Reader director Stephen Daldry circling the project. Though Obi-Wan is exciting, it ultimately falls into the same pitfalls as the other two released spinoffs in that we know exactly where Obi-Wan’s fate is headed. The central, and most exciting announcement from Thursday’s news is that James Mangold has been tapped to direct a Boba Fett movie, which he will co-write alongside producer Simon Kinberg. It’s through Mangold that the potential for these spinoffs finally gets interesting.

It should be said that Boba Fett, as he exists in the films, is not an interesting character. The Mandalorian Bounty Hunter first appeared in the Star Wars Holiday Special (1978), which has to be seen to be believed. As the only decent thing to come out of that special, Fett (Jeremy Bulloch) went on to have a small part in The Empire Strikes Back (1980), and Return of the Jedi (1983), where he was infamously and unceremoniously eaten by the Sarlaacc. Other than a cool design and a cool ship, Boba Fett has never really done anything to earn his cult status among Star Wars fandom. George Lucas fleshed out the character’s background in Attack of the Clones (2002), where Boba Fett (Daniel Logan) was revealed to be the unaltered clone of famed bounty hunter Jango Fett (Temuera Morrison). While Boba’s story was expanded slightly in the canon Star Wars: The Clone Wars (2008-2014) animated series, and more significantly in the non-canon Expanded Universe literature, his role in the films has always been slight. Because Boba Fett exists as a cipher, there’s plenty of room for Mangold and Kinberg to redefine the character on their own terms. And hopefully, they’ll officially retcon the fact that one of the galaxy’s so-called greatest bounty hunters died in a fang-studded sandpit, and tell a post-Return of the Jedi story of a character whose future isn’t yet set. 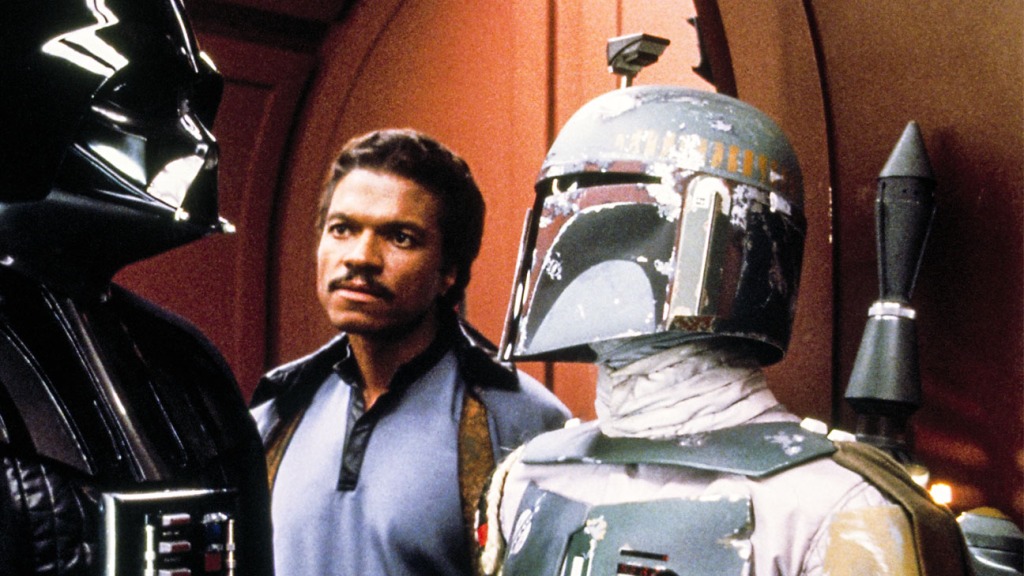 Mangold has proved time and again his ability to surprise us, not only with story, but with emotional depth as well. While within the circle of fandom, Mangold is best known for The Wolverine (2013) and the Oscar-nominated Logan (2017), he has consistently put out grounded character work outside of geek-friendly films. His films 3:10 to Yuma (2007) and Cop Land (1997), among others, showcase a director drawn toward breaking down character types and muddying the waters of morality that so many star-driven action films cling to. His films are sad and subtle, but ultimately life-affirming endeavors that showcase characters who could not be anything but what they are. Sometimes this means that Mangold’s protagonists have to find themselves first, but in the end, they ultimately feel like people who have come to terms with who they always were and wanted to be. Boba Fett’s status as a clone, as an unoriginal man bred for an unoriginal purpose, and the successor of a storied heritage he didn’t choose has fascinating potential. There’s the possibility that, even separated by galaxies and entire universes of lore, Mangold’s Boba Fett film could further some of the themes of legacy that Logan explored. Cop Land, 3:10 to Yumaand Walk the Line (2005) all dealt with men who struggled with the weight of the badges or symbols around which their mythos have been constructed, and managed to redefine themselves. Mangold can continue to tell this story, not only through Boba Fett, but through an entire underworld of bounty hunters with cool designs and zero emotional weight waiting to be made anew.

So far, the Star Wars spinoffs, have featured a diverse range of characters, but many of them feel like archetypes, first-draft placeholders meant to move the plot along and provide winking references to the audience. We care little about when they die, and they are often such blank slates that they could use a spinoff of their own just to make us care about their fates. Rogue One felt stuffed with underdeveloped characters, an ensemble piece that never came together with a sense of camaraderie. Solo does a better job at developing each character, and creating energetic banter amongst them, but when it comes to central players like Han (Alden Ehrenreich) and Lando (Donald Glover), there’s a certain expectation attached to their performances given that other actors iconically originated their roles. Solo is saved by the fact it starts far enough back from A New Hope that these characters’ stories could be sustained across several films, and these actors don’t have to play these characters exactly as they were depicted in the original trilogy. Rogue One, on the other hand, has the benefit of all-new lead characters, but kills them all off before we ever get a chance to really know them or buy into their growth. These are highly watchable, enjoyable films that deal with a lot of surface emotions and the utilization of tropes from the genres they’re echoing (the war film, the Western/heist film, respectively). This has led to some great moments, but they’re within films that have yet to redefine this universe outside of what we already know. 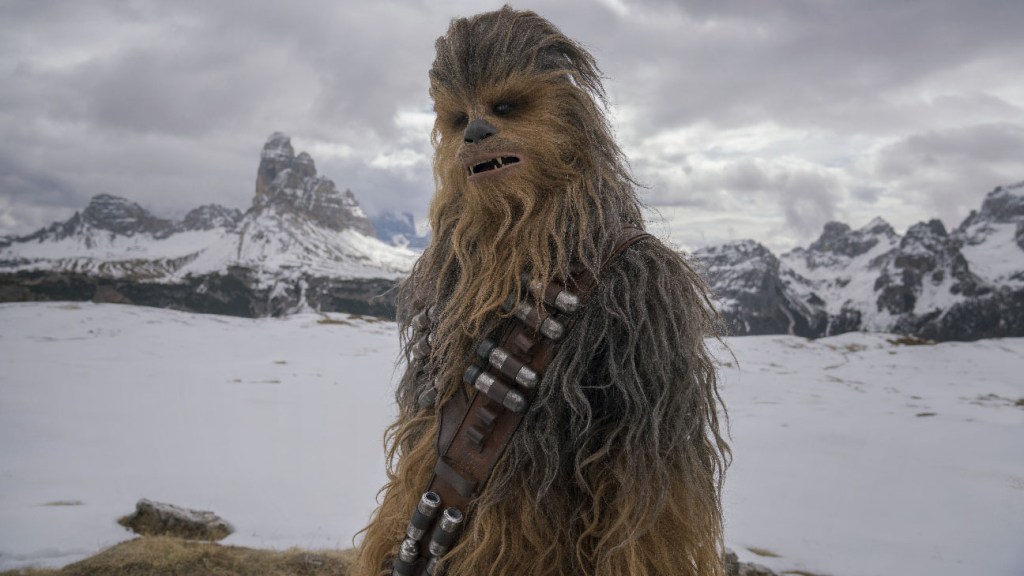 Arguably, much of Star Wars has been built on surface emotions and narrative echoes, as is the way of myth and any property founded on Joseph Campbell’s The Hero With a Thousand Faces (1949). This has been the case since George Lucas first brought this galaxy to life. And we love Star Wars, the entirety of it, because of that. But The Force Awakens and, more boldly, The Last Jedi have added new layers of character subtlety, partially breaking up the circular heroes’ journey, and have made allusions to the films they were influenced by without adhering to their rules or tones. It’s time for these spinoffs to pick up the lightsaber ignited by Rian Johnson, and do away with some of our expectations of who we thought these characters were and what they’d do. Boba Fett is currently the equivalent of a nicely dressed mannequin, but a spinoff in Mangold’s hands could bring him to life and make him a fully fleshed out character. If taken advantage of, Fett is the closest opportunity these spinoffs have had so far to create a character whose story isn’t dictated by the larger episodes it exists between. Boba Fett may not be the entirely uncharted territory many fans desire for these Star Wars spinoffs, but with Mangold at the helm it’s a safe bet that we’ll get A Star Wars Story more complex than the two we’ve seen thus far — a film that’s not just good, but challenging in the way that Star Wars, after over 40 years, should finally be.