Continue to The Hollywood Reporter SKIP AD
You will be redirected back to your article in seconds
Skip to main content
February 6, 2018 6:30am
Logo text

A trailer for Solo: A Star Wars Story, following the movie’s tumultuous production and a relative dearth of promotional material that has inspired concerned murmuring from fans across the Internet, has finally dropped. Or, more accurately, a Super Bowl TV spot shortly followed by a full-length trailer finally dropped, because for better or for worse, we now live in a world where trailers have trailers.

I love Han Solo as much as the next person. He was my favorite of my Star Wars action figure collection as a child. But I have never really felt the need to know more about him. A roguish smuggler type ought to have a few mysteries and secrets left to keep, and besides, his trajectory within the Star Wars cinematic universe already has enough of a beginning, middle, and most notably, a decided and wholly conclusive end courtesy of The Force Awakens. It’s a beloved (though tragic) story, and one that already feels complete.

In a certain sense, the choice of Han Solo as the star of a stand-alone film makes perfect sense — go with the most popular character, right? — but in another sense, the choice of Han Solo is a limiting one. Just about every scene featuring Han Solo in the original trilogy is iconic, more or less every other line available printed on a piece of merchandise. Han Solo is a pop culture legend of the highest order. His star could not possibly burn any brighter, especially in the absence of the actor who has become, in the eyes of many fans, more or less synonymous with the iconic character he plays. Solo star Alden Ehrenreich may be talented, but he is not a shape-shifter. When it comes to playing Han Solo, not being Harrison Ford is an automatic strike against you. Because it’s Han Solo. 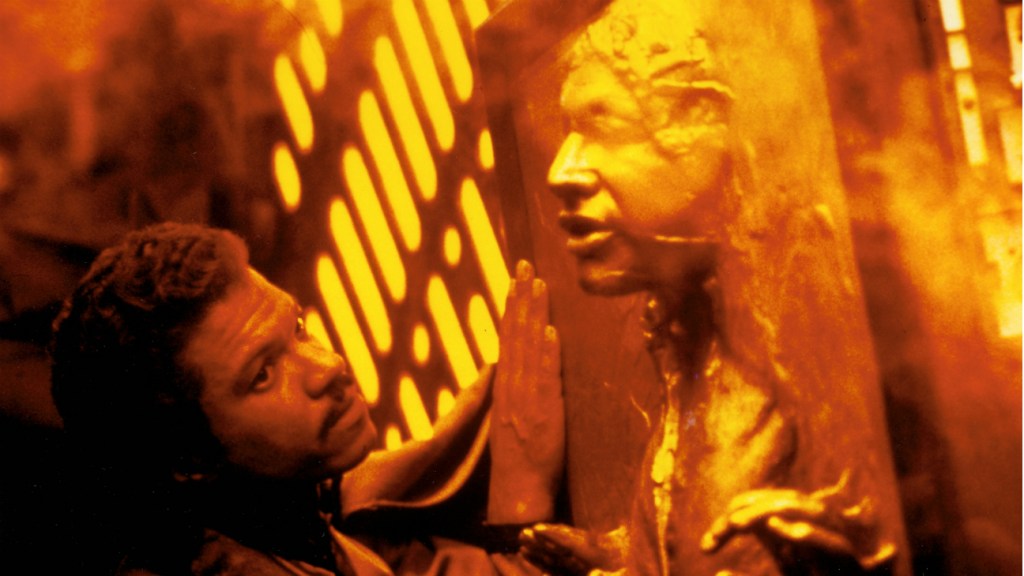 Then on the other side there’s Lando Calrissian. He’s a familiar character and a well-established member of the beloved Star Wars franchise, but there’s so much more room to grow there, so much more about his past and future that have never made it to a movie screen. So much more uncharted territory that could be covered. The two glimpses of Glover as a younger version of the dapper pilot/entrepreneur/frenemy extraordinaire first brought to life by Billy Dee Williams in 1980’s The Empire Strikes Back have inspired more hype and social media chatter than anything else the trailer had to offer. But nothing about Solo — nor Han Solo’s personality, for that matter — screams “ensemble film.” Even if we end up in a best-case scenario and Solo is indeed the best possible version of itself, it seems somewhat inevitable that we will be left wanting more Lando, and also highly unlikely that we will be getting more Lando anytime soon. Between the way Disney has emphasized what might be called the “stand-alone”-ness of the anthology films, Rian Johnson’s upcoming trilogy being described as containing a cast of all-new characters, and the fact that there has been no word, verified or otherwise, of a third act return for Billy Dee Williams in Episode IX, Lando’s future within the Star Wars cinematic universe post-Solo seems unfortunately bleak.

Since Disney has acquired Star Wars, Lando has become the most underserved original trilogy character. He’s easily the biggest surviving player from the original trilogy who has yet to receive as much as a mention in the sequel trilogy (though there is still Episode IX and hope springs eternal). That he has been neglected by the sequel trilogy thus far is nothing new, but what the Solo trailer and social media reactions to the trailer have made newly and abundantly clear is the huge amount of potential still present in his character—potential likely doomed to go largely unrealized, at least for the foreseeable future.

As a supporting character in Solo, Lando may have a story destined to be relegated to supplementary materials and a collection of scene-stealing cinematic moments only alluding to a larger character narrative. And it really is a shame. While my five-year-old, Han Solo-obsessed self would be shocked to hear it, I can’t help but think that if it were Lando: A Star Wars Story instead of Solo, I’d be much more hyped for Memorial Day weekend right about now.