It’s been two years since Star Wars: The Force Awakens was released, and audiences could be forgiven for forgetting just where all their favorite characters are as they head to the multiplex for Star Wars: The Last Jedi. (After all, Rogue One: A Star Wars Story might have distracted everyone last year.) Never fear! Below is where you can get a quick reminder of what the major players of the current incarnation of Star Wars were up to the last time we saw them.

Rey
Abandoned by her parents on the planet Jakku, Rey — whose last name remains a mystery, perhaps even to her — made her living as a scavenger while dreaming of escape…a dream that came true when she was discovered first by Resistance droid BB-8 and then AWOL First Order soldier Finn. Attempting to return BB-8 home, Rey ended up embroiled in the eponymous war of the series’ title, and in the process, discovering a surrogate father (Han Solo, who was murdered right in front of her), a potential destiny involving the Force and a lightsaber that, it turned out, she was pretty handy with.

As with BB-8, she couldn’t help herself but try and return it to its rightful owner, which suggests she didn’t fully understand that whole scavenger thing. Nonetheless, her attempt to reunite the lightsaber with its owner led her to the planet of Ahch-To, where she met Luke Skywalker for the first time. But how is that meeting going to turn out? 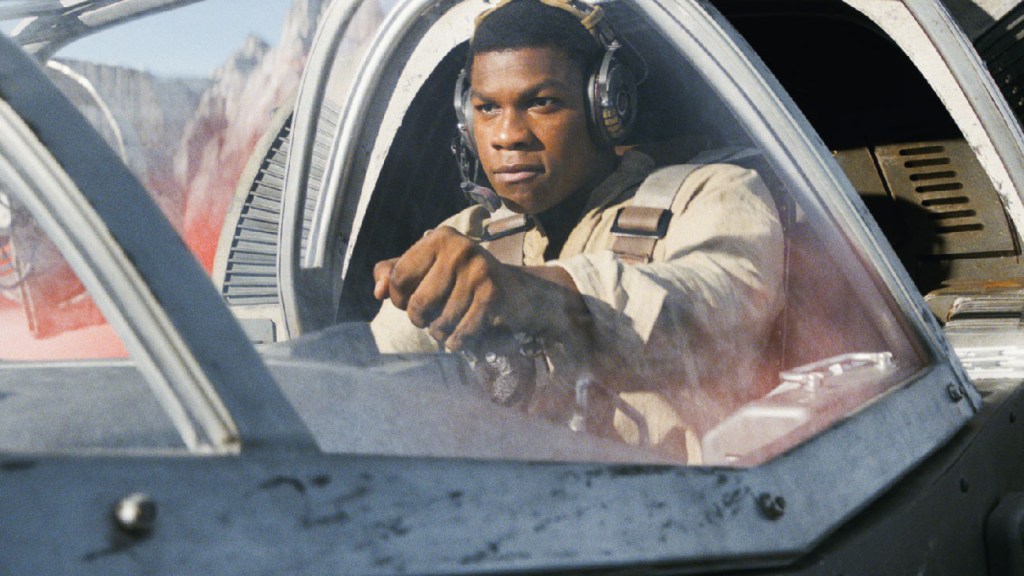 FN-2187 wasn’t like other Stormtroopers. For one thing, he didn’t really like that whole “slaughter and subjugation of innocents” thing they had to do, and the First Order training — brainwashing, really — hadn’t taken with him the same way it had with the other orphans with whom he’d been raised. No wonder, then, that he helped a Resistance pilot escape and attempt to abandon the war altogether in the process. It didn’t work out that way, however, and soon he was a more active participant than ever before…and on the other side of the conflict altogether, first trying to return BB-8 to the Resistance, and then being part of a mission to destroy the First Order’s Starkiller Base. That last mission didn’t really work out so well for Finn, however; during a fight with Kylo Ren, he was badly hurt and the last anyone saw him, he was in a coma, healing from his injuries. 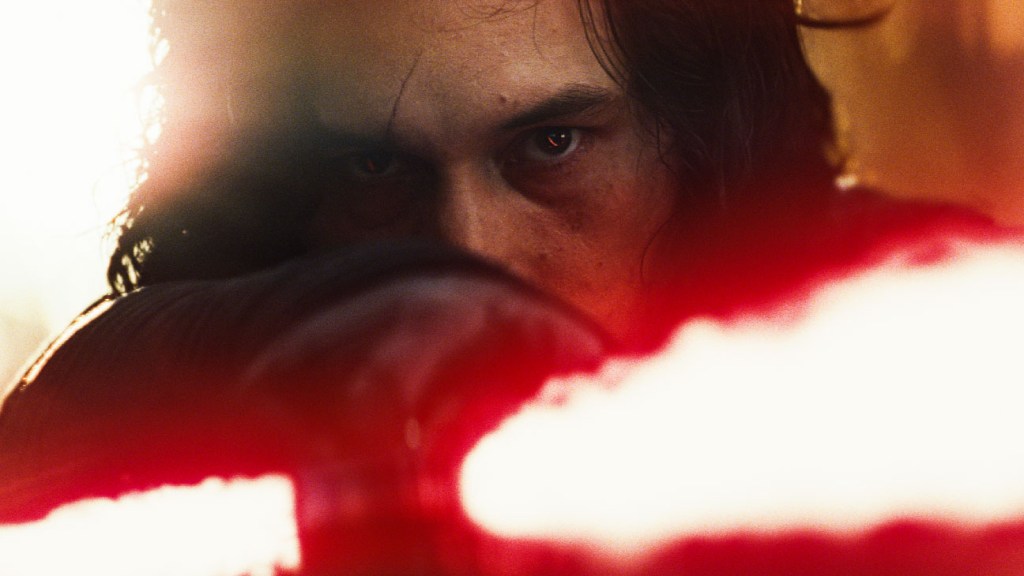 Who could hurt lovable Finn? What kind of monster…? The answer is, the self-loathing kind who probably writes very dark poetry about how monstrous he is deep down. Kylo Ren, it turns out, is proof positive that even galaxies far, far away have emo kids with rage issues. You can’t really blame him, though; the son of Han Solo and Leia Organa, he was trained by Luke Skywalker in the ways of the Force, but it all went wrong…somehow. (The details remain under wraps, for now, but it appears to involve the destruction of the Jedi training school and the disappearance of Luke Skywalker.)

Now under the tutelage of the First Order’s boss Supreme Leader Snoke, Kylo has dedicated himself to rejecting everything about his family other than the legacy of his grandfather, who just so happens to be Darth Vader. As you read this, he’s likely pouting because he’s discovered that the mysterious Rey might have a stronger connection to the Force than he does, and can certainly kick his ass in a lightsaber battle. 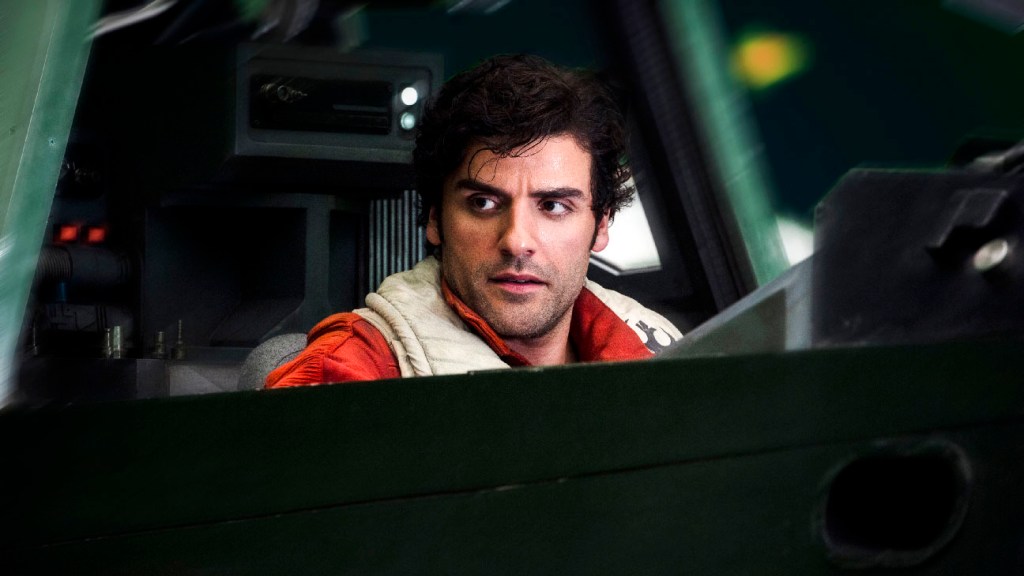 The most dashing pilot in the galaxy, Poe Dameron escaped capture by the First Order thanks to the intervention of a Stormtrooper who didn’t have it in him to stay a bad guy. (In return, Poe gave him the name “Finn.”) Afterwards, he flew his X-Wing a lot and showed up to shoot things. Okay, let’s be honest: There’s not that much to Poe in The Force Awakens, beyond his being very passionate about everything that he’s doing. After leading the Resistance to victory in destroying Starkiller Base, he’s currently cooling his heels back home. 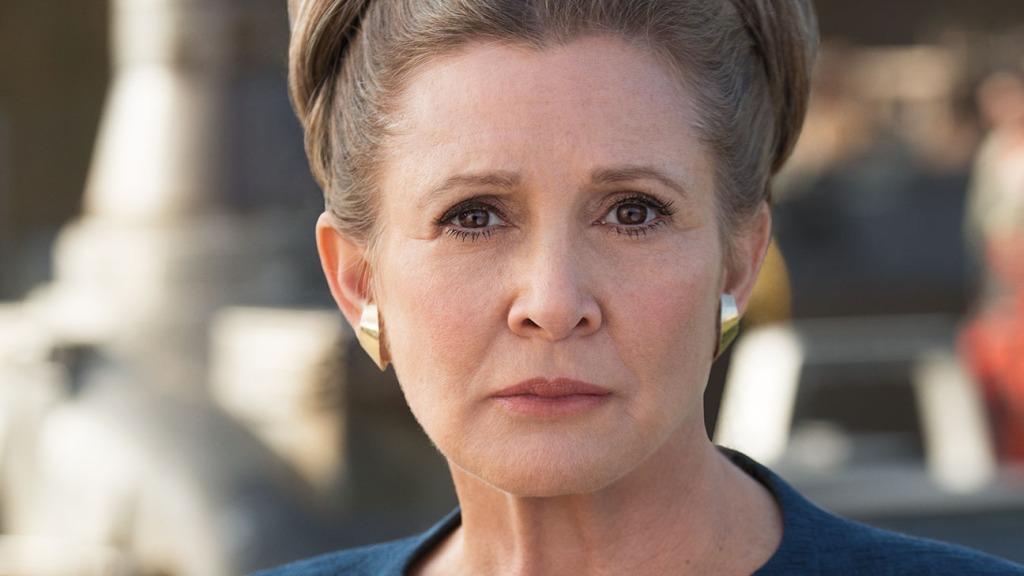 As The Last Jedi begins, Leia is in a rough place emotionally. Her brother Luke has been missing for years, her estranged husband Han had just returned to her before being murdered and, oh, yeah — Han’s murderer was none other than their son, who has not only rejected her but joined the very fascistic space army that she’s leading the Resistance against. It’s unclear quite how this had affected her, as The Force Awakens kept her somewhat in the background beyond occasional shots of her looking upset — she knew, thanks to her own Force sensitivity, that Han had been killed, leading to a particularly poignant moment — but there’s a lot set up for The Last Jedi and Leia: Will she confront Kylo Ren? Will she get to meet Luke again for the first time in years? And how will all of this weigh down on her as she tries to lead the Resistance to victory? 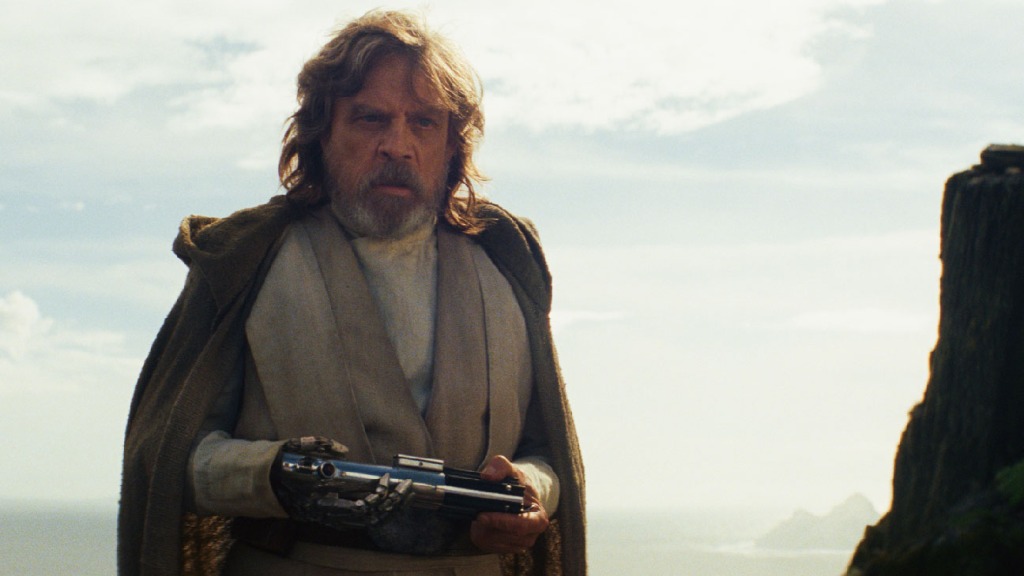 Despite only appearing in one scene of The Force Awakens, Luke Skywalker was all throughout that movie, with all manner of mysteries and questions surrounding him. What, exactly, happened with Kylo Ren and the destruction of the Jedi school? Why had he gone into hiding? Is there a reason for where he’s gone into hiding? The final scene from Force Awakens showed Rey discovering Luke on the planet of Ahch-To, and holding out his lightsaber to him (technically, it’s Obi-Wan Kenobi’s lightsaber, which disappeared in the climactic battle in The Empire Strikes Back, but let’s not split hairs). Will he accept it, and Rey? After two years, we’re about to find out. 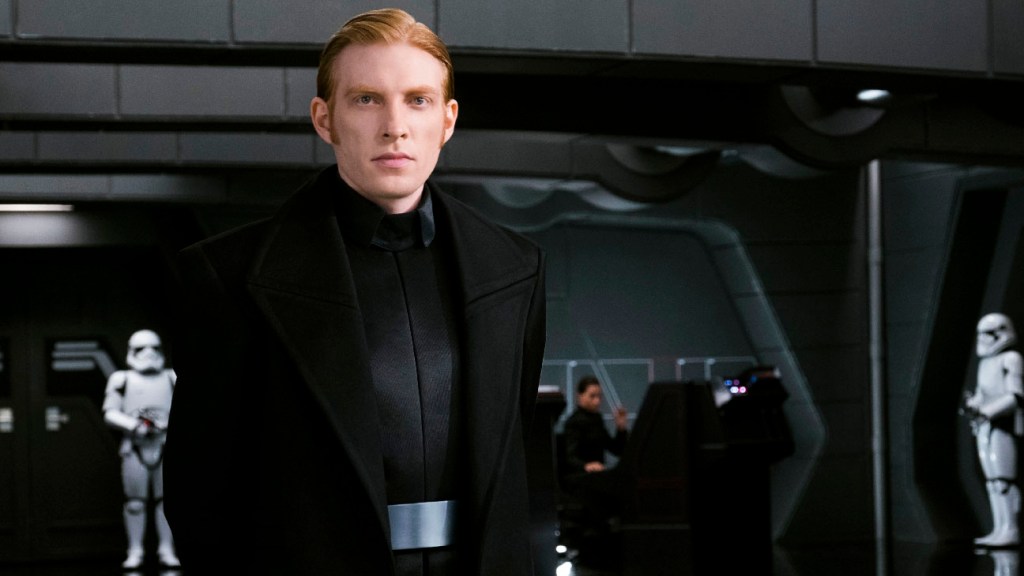 The officer in charge of the now-destroyed Starkiller Base, Armitage Hux is — as revealed in spinoff novels — the son of a dedicated First Order officer, and a man filled with insecurity about living up to his father’s legacy and escaping his shadow. That mission isn’t going particularly well, considering…well, Starkiller Base is no more. He escaped the destruction and went back to join the rest of the First Order, which presumably means facing some kind of music for his failure. Although, given that the music is likely to be a John Williams score, how bad could that really be? 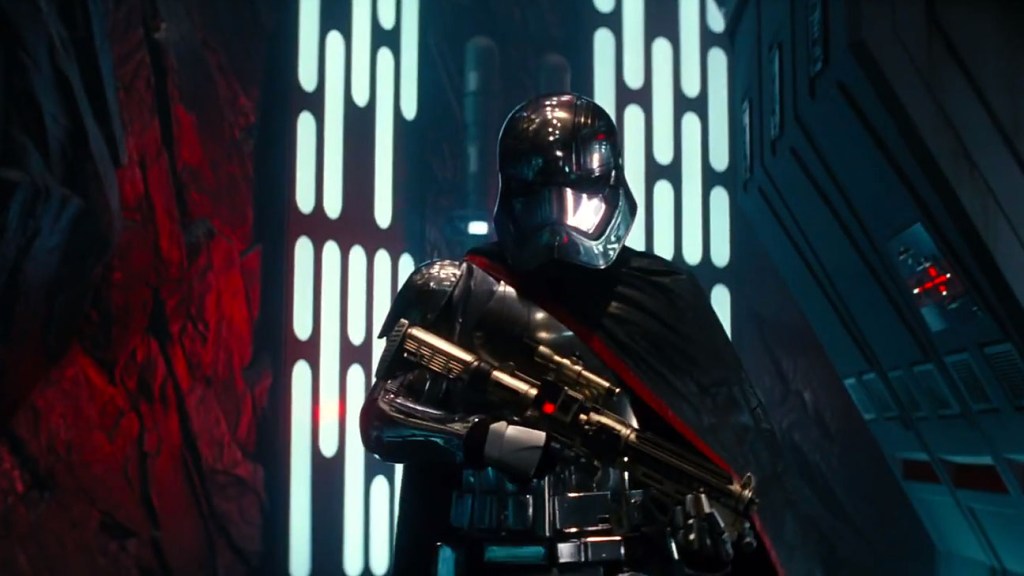 The chrome-plated Stormtrooper that captured fans’ imaginations despite not actually doing much in The Force Awakens, Phasma has the unusual distinction of being the one character the audience has seen in action after the events of that movie. The recent Marvel comic book series Star Wars: Captain Phasma took place in canon, following the destruction of Starkiller Base, and revealed Phasma’s true allegiance: herself. She not only falsified evidence to cover up the fact that she had been forced to reveal information to the Resistance that led to Starkiller Base’s fall, but she then hunted down the one man who knew the truth after framing him with her failings.

In an organization filled with power-hungry ideologues, Phasma is seemingly unique: She apparently doesn’t care about anything other than amassing power for herself. Is there really a place for her in the First Order with that attitude…and if so, where? 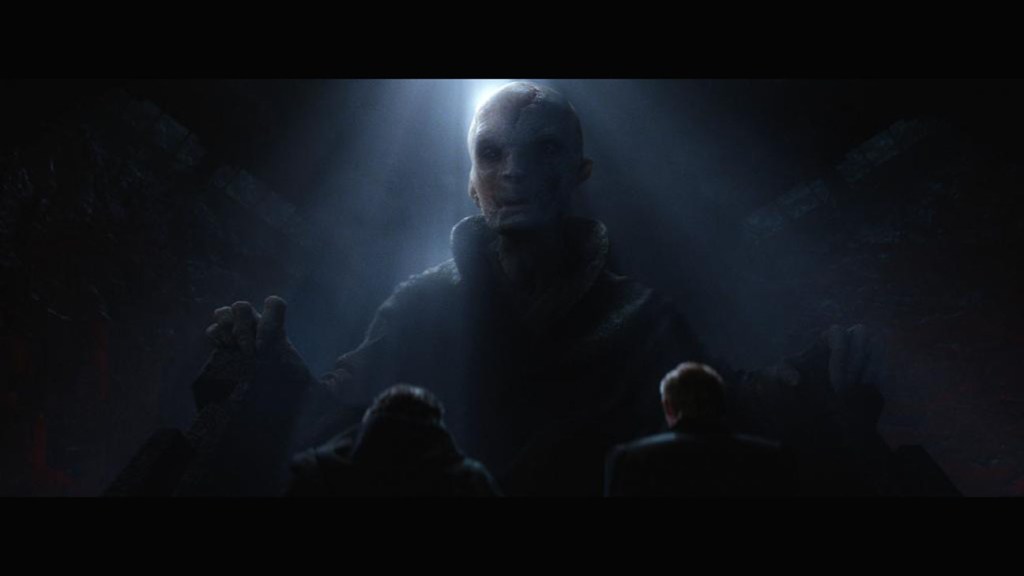 All that is really known of the leader of the First Order from The Force Awakens is that he’s bald, wrinkled and seemingly Force-sensitive. He’s the Emperor from the original trilogy, but with less desire to cover up his head with a hood, basically — but currently so mysterious that it’s not even clear whether or not he actually is the Emperor from the original trilogy, in some way. The last we saw him, he was demanding that Kylo Ren and General Hux return to him as Starkiller Base was falling apart, but for what end? To continue training Kylo Ren in the ways of the Dark Side, or something else? Of course, that raises the issue of just how Snoke knows so much about the Dark Side and the Force in the first place, given that the Sith were apparently destroyed with the death of Darth Vader.

George Lucas Thinks 'The Last Jedi' Was "Beautifully Made"

George Lucas Thinks 'The Last Jedi' Was "Beautifully Made"