When it opens this summer, Disney’s Star Wars: Galaxy’s Edge park is likely to be popular enough with visitors that it will have a big problem: How will staff deal with the massive crowds?

The Hollywood Reporter was among a small group of press who received a first look at the 14-acre themed destination at Disneyland Park in Anaheim last Friday. (Read the first-hand account here.) Reporters were led around the land — still under construction — and shown what guests will see when they visit the Black Spire Outpost on the Planet Batuu. Visitors will experience and interact with aliens, droids and other inhabitants (a mixture of costumed Disney employees with character backstories and animatronics) of Batuu as they explore.

The park features two state-of-the-art rides (Star Wars: Rise of the Resistance and Millennium Falcon: Smugglers Run), a plethora of themed shops (build a unique lightsaber at Savi’s Workshop or piece together an astromech at the Droid Depot) and restaurants (have an alcoholic Bloody Rancor at Oga’s Cantina or a rack of smoked Kaadu ribs at Docking Bay 7 Food and Cargo).

It also features some jaw-dropping spectacles (a full-sized Millennium Falcon, X-wing, TIE fighter and more) with full-scale droids milling about the land, plus an app to unlock even more secrets and Easter eggs, guests may take their time before thinking about leaving. And that’s the problem. If no one leaves, will arriving visitors even be able to get in? 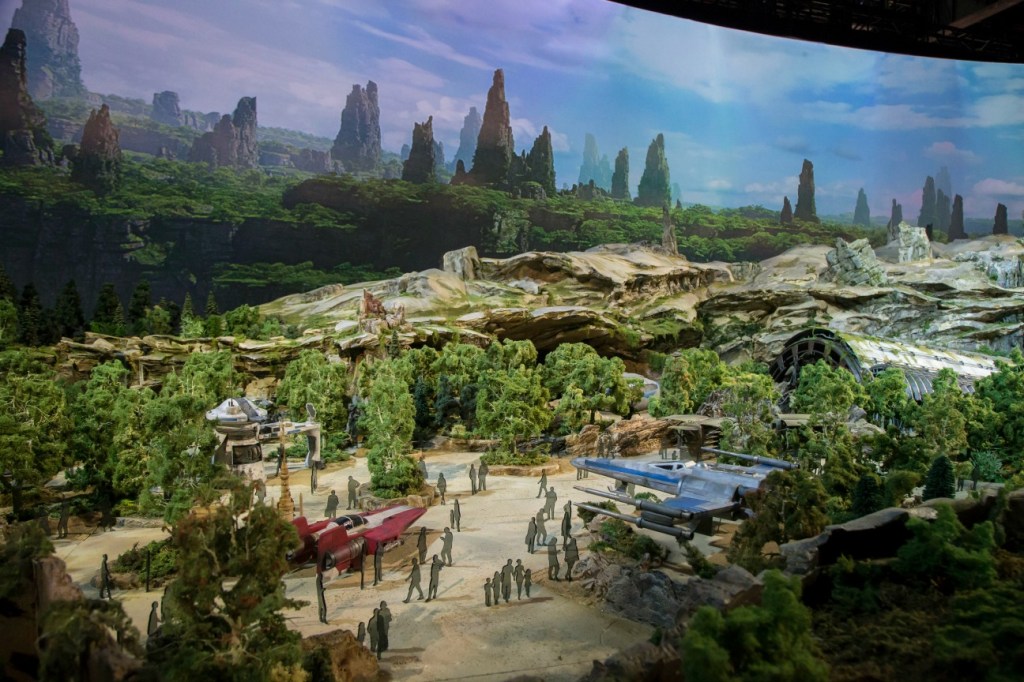 “We can make our best guesses about what the demand is going to be, but they’re just guesses until we get there,” Scott Trowbridge, creative executive at Walt Disney Imagineering overseeing Galaxy’s Edge said during the first-look media preview. “So, we have a lot of different contingencies that are being evaluated and planned.”

When Guardians of the Galaxy – Mission: Breakout! opened at Disney California Adventure in May 2017, guests waited up to five hours in a line that extended out of the park gates. By itself, Star Wars: Rise of the Resistance “is the longest attraction we’ve ever developed,” Bob Chapek, chairman of Disney parks, experiences and products, told media during the recent preview.

He added, “In my opinion, this will be the most ambitious attraction that we’ve ever built.” Chapek did not give a specific ride time length, but bottom line: Galaxy’s Edge is an experience that can easily take up an entire day. Visitors will need to move out so more can move in to explore. Just how that will happen is unclear.

“It’s not lost on our operators [demand will be immense] and [this is] not the first time they have done something like this on either coast,” Trowbridge said of the planning efforts for crowds. “We want you to come to this park and to this land and have a great time. If we make that a real pain in the ass to do, then you’re not set up to have a great time. So, our whole thing is to make sure when you come here to share time with your friends, to share time with your family, that we’ve made that as seamless and easy and as comfortable as possible.”

Disney will not release the maximum capacity figure for Galaxy’s Edge, nor will it say how many visitors it expects to enter the park daily. But acre-wise, the land is larger than Pandora – The World of Avatar in Walt Disney World and Cars Land in California Adventure.

Disney CEO Bob Iger acknowledged last year the logistical challenges of building Galaxy’s Edge. Speaking on an early November earnings call, the exec said guests flocking to the parks to be a part of the new attraction would pose “some interesting challenges … to manage that demand, but that’s a good problem to have.”

A ticket to Disneyland grants access to Galaxy’s Edge. There are no additional fees or a reservation system at this time, and officials declined to speculate on whether Fastpass — a free system to avoid long lines via a ticket time to come back to a ride in order to cut the line — might start costing money for the Star Wars land. Dates for lower-level annual passes have been blacked out in the coming months when the land is expected to open. Trowbridge also said he was not aware of any plans for special preview passes. 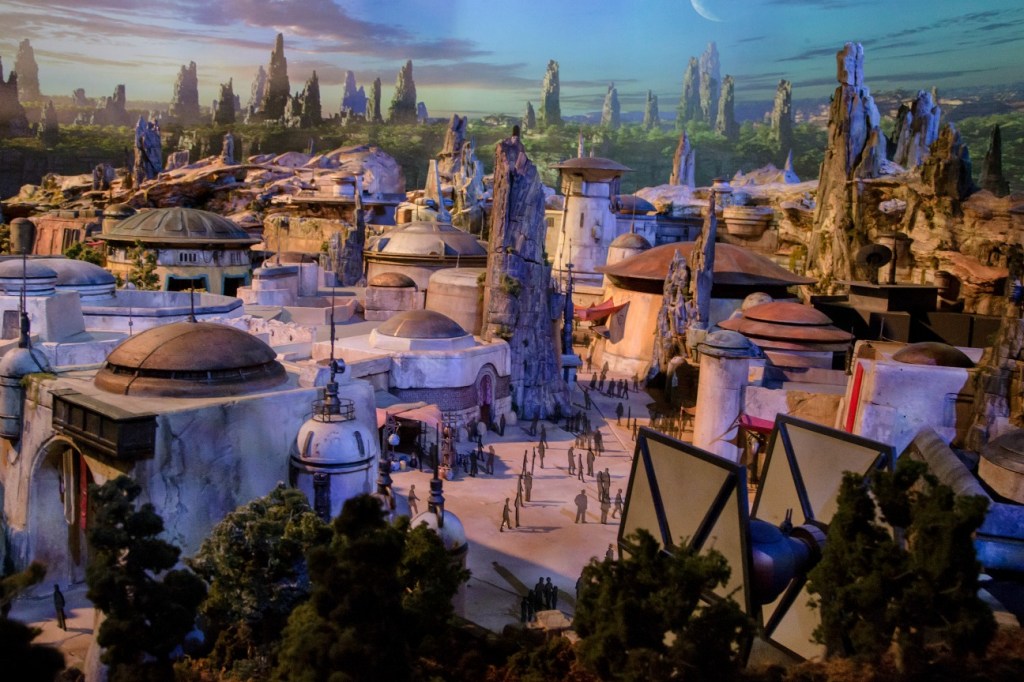