Everything is magnified when you’re working on one of the most anticipated movies of the year. Just ask Star Wars: The Last Jedi‘s production designer Rick Heinrichs.

According to him, writer-director Rian Johnson’s script was so ambitious that it had double the number of sets you might expect on a film like this.

“The original script had about 160 sets in it, a ridiculous amount of sets. I didn’t say that to Rian, because I figured on something this big he’ll find that out on his own. It’s a 100-day shooting schedule,” says Heinrichs. “So there’s more than one set a day you have to prepare for.”

In the end, the production settled on 125 sets on 14 stages at London’s Pinewood Studios.

“The truth is we ended up combining things and trying to be smart about how we’re going to do it,” says Heinrichs. “He did do some trimming and cutting. It forced him to actually cut the shoe leather, as they say, and combine things in the script as well and reduce a number of things that way.”

Though he’s worked with the Coen Brothers on Fargo and The Big Lebowski, Heinrichs is best known for his association with Tim Burton, whom he met at CalArts in the late 1970s. The two have since collaborated on six movies, including Sleepy Hollow, for which Heinrichs won an Oscar. They recently wrapped Dumbo, Burton’s live-action adaptation of the Disney classic due in 2019.

For Star Wars, he says the team tried to “hew to the original mandate that George Lucas had; treat it as if it’s a documentary somewhere out in space, so you really believe this is happening.”

“That’s one of the appeals to Star Wars is that it’s not this endless world-building place,” he adds. “There’s a very grounded aspect to it and they always tried to find a place that’s connected to our world.”

Here, Heinrichs talks about learning the language of Star Wars, and offers a dark preview of Dumbo, the outcast elephant.

Did you get any input from George Lucas on Last Jedi?

We went into Star Wars saying we’re going to do matte paintings and we’re going to be hanging miniatures. That’s the way we’re going to do this cause that’s what George would want. And of course George visited and he’s like, ‘Why are you building all these sets?’ ‘Well, because that’s what you like, isn’t it?’ He’s a cranky guy but his point is that for the big stuff, obviously planets, spaceships flying, when you’re not close enough to see actors in it, there isn’t much point anymore in actually building something.

Did you feel limited by styles established in the earlier movies?

I would have thought that. But it ended up being a language you learn and then you tell your story. The graphic design of the spaceship and the tech, that stuff sort of bores me. What was fantastic about Star Wars was it’s all about graphic art and you actually study it. That’s how you construct your sentences and your language, spaceships, there’s the resistance rebels, there’s the first order empire. The first order empire, they have pointy things, dangerous dagger-like things. The resistance, their colors are more muted, sort of high contrast black and white. Their forms are more curvilinear, more generous. 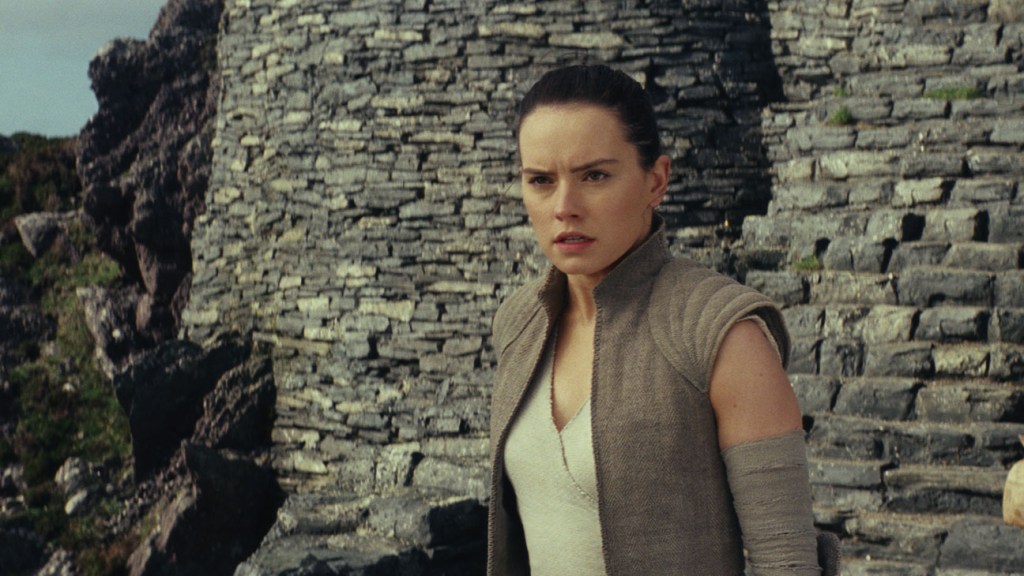 One of the major sets is the Jedi village, which you shot on Skellig Michael in Ireland.

We got the movie teed up for us a bit from the final scene of number seven [The Force Awakens]. Rick Carter was saying how they came up with this idea of Skellig Michael that had this little monastery on it. And we developed that, we ran with that. Look, in my world if something’s working, you run with that. But that shape [of the monastery] is a combination of practical, and I think there’s something holy about it as well. It seems to me that it was serendipity. 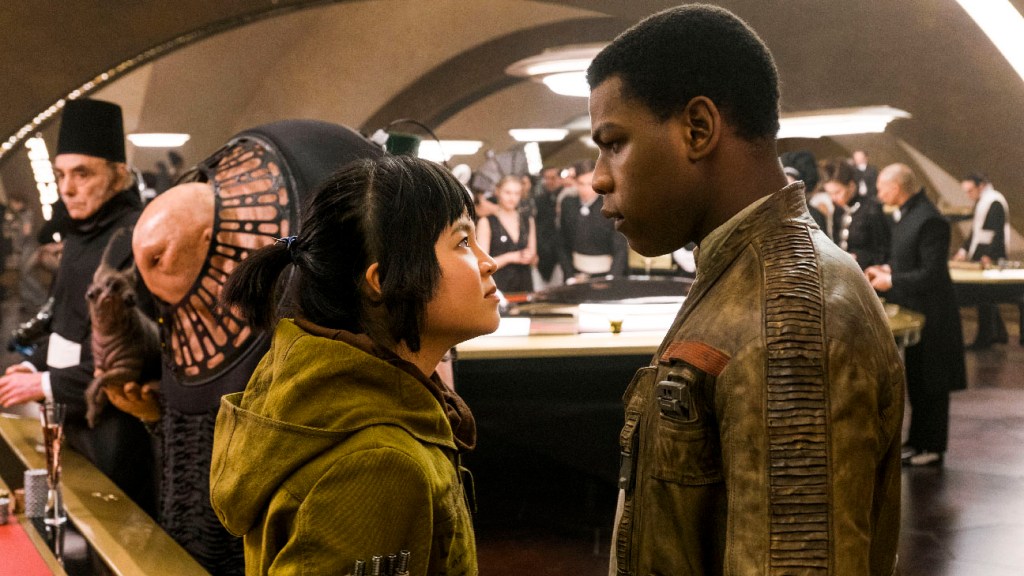 One of the other major sets is Canto Bight, the casino set.

What Rian told me at the beginning was, “Monte Carlo, To Catch a Thief, that’s the look and the feel, start there.” And Neal Scanlan’s creatures, they went all out, so we went all out with the set, and what Rian ended up with — I hope it’s really funny — I think it will be. And it was a very impressive casino for the one percent of the galaxy, as he put it. 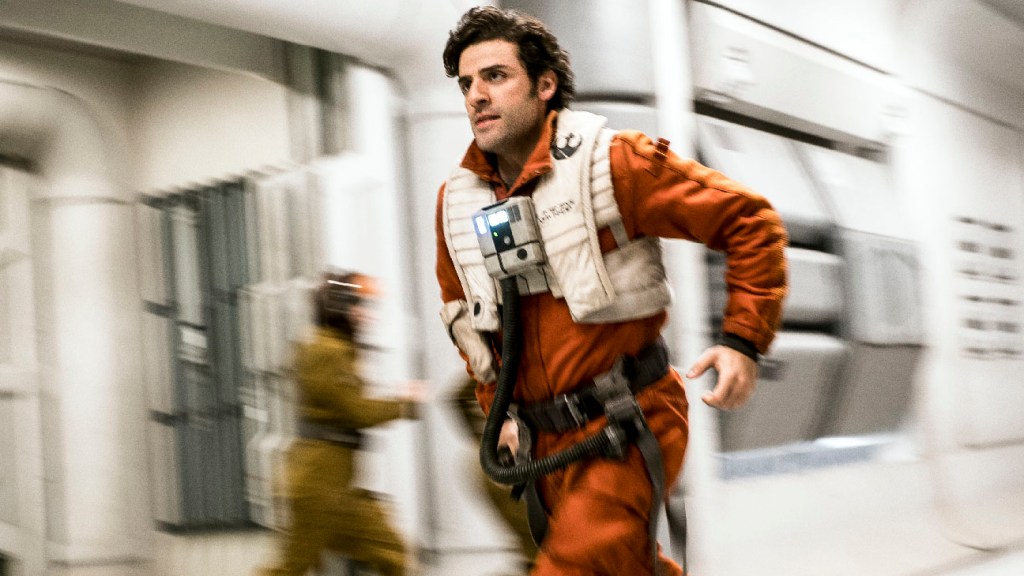 The original story of Dumbo is a variation on the classic Hans Christian Anderson tale of The Ugly Duckling, the freaky social misfit whose unique talent and true nature redeems his status. Our version builds upon that story to encompass the light and dark ways that society embraces and exploits his uniqueness. Its period cries out for a certain expressionistic treatment and shadows and lights. A lot of the nuance comes out of the visual and the environment, particularly with Tim. If he could do a silent movie, I think he would.

Expressionism seems to find its way into almost everything you do together.

Tim and I are different. And by the way, I didn’t really know him that well at CalArts, but I did get to know him when we made it to Disney. So a lot of the movies that I’ve worked on with Tim are obviously driven by his own passion. His are science fiction and Jerry Lewis and movies from the fifties, essentially, and the sixties, and some television as well. Mine was more about graphic novels and comics and cartoons and that sort of thing.

How instrumental is the script in determining the look of the movie?

You want the environment to be a part of the storytelling. In Dumbo’s case, [cinematographer] Ben Davis, you’re talking about color, shadow, texture, all the things that will let you know this is a character who’s had a hard life, a challenging life. It’s threadbare, it’s a little dingy, it’s a little washed out. But there’s a certain glow to it. There’s a humanity to it. 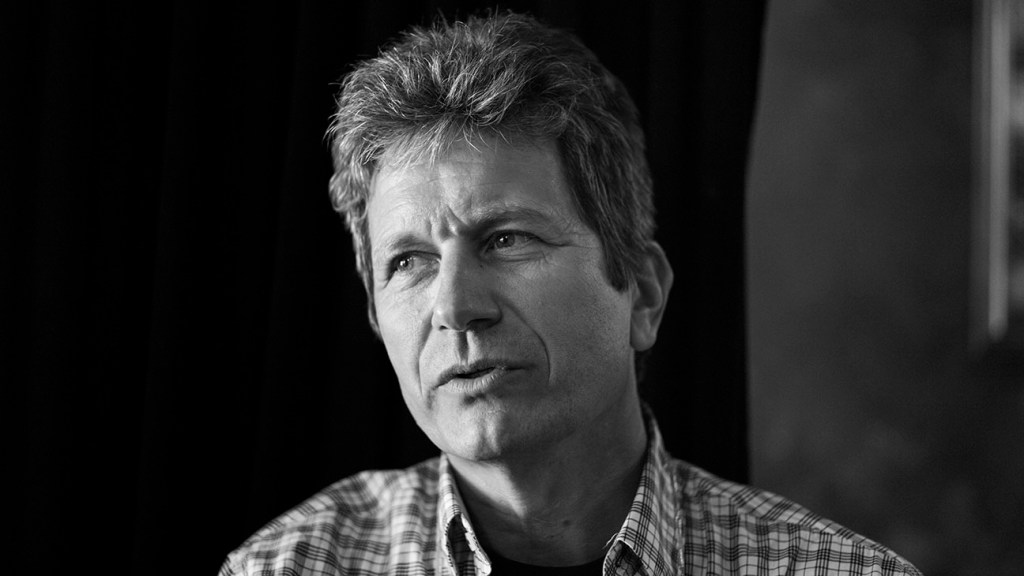