In many ways, the Star Wars sequel trilogy is the story of Ben Solo (Adam Driver). The character was first introduced as the primary antagonist to Rey (Daisy Ridley) and Finn (John Boyega), but was soon revealed to be the son of Leia Organa (Carrie Fisher) and Han Solo (Harrison Ford). That conflict of his lineage and his choice to turn to the Dark Side would become key to the journey that Ben took over the three films. It also shaped the stories of everyone else that he interacted with, whether it be his mother, father or characters like Rey, Finn and Poe (Oscar Isaac).

In The Rise of Skywalker, Ben’s fate becomes even more central as the redemption that many fans hoped for (or feared) came to fruition. He sacrifices himself to revive Rey from the dead. But the moment ignored Ben’s past mistakes, and raises questions about whether his redemption was truly earned.

In The Force Awakens, Kylo Ren chained Rey down and invaded her mind, using the Force. He utilized the newly built Starkiller Base and ordered the genocide of five separate planets, apparently killing billions of people. In The Last Jedi, which built on the connection between Rey and Kylo, he took charge of a totalitarian regime and was responsible for killing off the remainder of the fledgling Resistance. 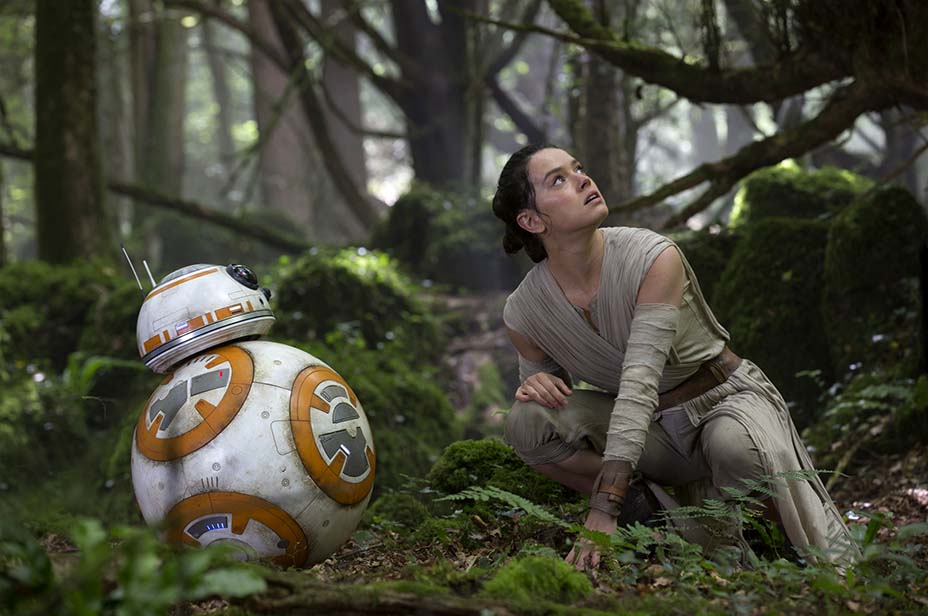 In Rise of Skywalker, his redemption came at the cost of his mother’s life. Given Ben’s vital role in the trilogy, he could have had a slow and thoughtful arc in the final chapter, but that was not to be. Hollywood has a tradition of offering up redemption for abusive, damaged men. And the trope of a terrible man suddenly becoming heroic has been a literary mainstay for close to two centuries, with one of the most famous trailblazers being Ebenezer Scrooge in Charles Dickens’ A Christmas Carol. There, though, the audience gets to see Scrooge learn from the lone night’s surreal spiritual experience. Ben’s redemption not only didn’t offer up any concrete reasoning for why he changed his ways — aside from being moved by Rey’s decision to heal him — but it also killed him off before he had the chance to truly do any wider good or be held accountable for past crimes.

Perhaps it should have. What about a war crimes trial supported by his loving partner Rey? Or exile in the deserts of Tatooine like Ben Kenobi before him? These would have been risks, but ones worth discussing.

Ben’s redemption is tied directly to the death of Rey and the pair’s romantic connection. Heroes and villains falling in love is hardly a new idea, but the reason it sticks out in Rise of Skywalker is that much of Kylo’s early behavior toward Rey is tantamount to abuse. Whether it was his imprisonment of her on his ship or the fact that he apparently created a story about her parents simply to make her join him, it’s hardly the basis for a healthy relationship. So what does it tell audiences when his love is the one thing that can save Rey?

Star Wars has always been a story defined by cycles and archetypes, which is why it’s hardly surprising that Ben’s last-minute turn and quick demise echoes another famed arc from the original trilogy. Ben’s story has long been shaped by that of his grandfather Darth Vader, who helped his son Luke during the final battle in Return of the Jedi only to die moments later. It was a powerful scene that surprised fans and left a bittersweet taste in the mouths of those who had spent three films rooting for the defeat of the masked villain. How Ben’s fate differs, though, is that from the outset he was shown as conflicted; he never had the truly vehement beliefs of his grandfather despite his horrific actions. That’s likely why for many fans, Ben’s death, and positioning as a hero — rather than a villainous man who made one good choice like his grandfather — feels muddied at best and harmful at worst.

In the end, Kylo Ren and the boy under the mask ultimately became a tool to further the plot, when it could have meant so much more.

'Star Wars': How That Lightsaber Moment in 'Rise of Skywalker' Ends the Saga