J.J. Abrams, the director behind both The Force Awakens and the upcoming The Rise of Skywalker, has spoken about how he sees the ninth entry of the Star Wars saga as a way of bringing the prequel, classic and new trilogies together. In the first trailer for the new Star Wars film, fans got a glimpse at a few moments that seemed to suggest part of that celebration of the 42-year legacy of the franchise will be a return to the Forest Moon of Endor.

First introduced in 1983’s Star Wars: Return of the Jedi, the green and lush planet is most notoriously home to the furry alien race known as Ewoks. The wooded glades of Endor saw an epic showdown between the Rebels and the Imperial forces, which would act as the end of the original trilogy and, most importantly to this theory, focused on the Rebellion destroying the Empire’s second Death Star. The climax of the film saw the Rebel Alliance and their cuddly allies celebrating freedom from the fascistic hold of Emperor Palpatine and Darth Vader under the leafy branches of Endor’s famed forests.

That’s why fans were understandably left surprised when, during The Rise of Skywalker teaser, they were treated to a massive ruin of a Death Star, and immediately began wondering where the heroes had found the enormous piece of Star Wars history. Despite the grey, watery location, the obvious answer seems to be that the wreckage of the second Death Star would have landed on the forest moon above which it was destroyed.

According to a 2016 tweet from the official Star Wars Twitter account, Endor was able to survive at the end of Return of the Jedi because, “The Rebel Alliance fleet deployed shields and tractor beams to prevent Death Star 2’s meteoric debris from devastating Endor’s forest moon.” But it would make sense that after the Rebellion fell, alongside the rise of the First Order, those protections may have failed, worn out or may have simply ceased to be in the three decades plus between the end of Return of the Jedi and the events of The Rise of Skywalker.

Of course, there were two Death Stars, but in Chuck Wendig’s canon novel Aftermath: Life Debt (2015) it was revealed that the remains of the first Death Star were gathered by the New Republic and eventually ended up in the hands of the remaining population of Alderaan, meaning that it’s far more likely the Death Star ruins we saw were from second version of the terrifying weapon. Another hint is the fact that The Emperor was last seen — and presumed dead — during the destruction of that very starship, so his laugh echoing over the destroyed vestige of the battle station seems to fit into the assumption that it is in fact the Death Star from Return of the Jedi.

Thus far the new trilogy of films has strayed from returning to classic locations, instead focusing on introducing new worlds like the desert planet of Jakku, the casino world on Canto Bight and Maz Kanata’s castle on Takodana. There’s always a chance that The Rise of Skywalker will stick to that, but the teaser appeared to showcase multiple moments which could lead to a return to some classic spaces like Tatooine, Yavin 4 and, of course, Endor.

The question is: Why would the crew would return to Endor’s forest moon? Well, it was the location of both Vader and Palpatine’s deaths, and if Episode IX is going to explore or expand on the world of the Jedi and what they mean, it’s possible that Rey and co. will want to learn more about the history of the space wizards. After all, as Luke’s voiceover in the trailer states, “We’ve passed on all we know. A thousand generations live in you now. But this is your fight.” That suggests it’s up to the new era of heroes to discover how to save the galaxy this time.

The images of Finn and Poe seem to support this, with the pair on a quest for … something. In this case, it would likely have to do with the history of the Jedi and the Empire. The fact that Leia gives Rey the medal that she gave to Luke and Han at the end of A New Hope aligns with the idea that the franchise’s past is key to the outcome of The Rise of Skywalker. There’s one other clip that possibly backs up this theory, which is the dynamic red-hued vision of Kylo Ren running through a tree-filled landscape. Could this be the remains of the moon’s forests after the destruction of the Death Star? And the sequence doesn’t look dissimilar to the redwood forests where the original was shot either.

If they do return to Endor, the biggest hope/fear from fans would be the return of the Ewoks. The divisive critters have long split the Star Wars fandom, but that’s not the angle that the film looks to be seeking. The dark and distressed piece of the Death Star seems to be a powerful force on its surroundings, with the ocean behaving strangely and almost pulled toward the wreckage rather than to the shore. We know that objects can be impacted by the Force — take Rey’s first interaction with Luke’s saber, or the concept introduced in Star Wars comics of Sith lightsabers haunted by rage — so maybe the Emperor’s death created an imprint on the ruins, a dark mark that has shaped the landscape and possibly even lives on as a Force Ghost?

It would be a very different vision of Endor, but one that would connect to the events of the original films in an interesting and refreshing way. Plus, if we’re lucky maybe J.J. will sneak in a cameo from Wicket W. Warrick as a toughened survivalist fighting against the evils of the Emperor’s Force Ghost … or maybe not. But allow this Star Wars fan to dream. 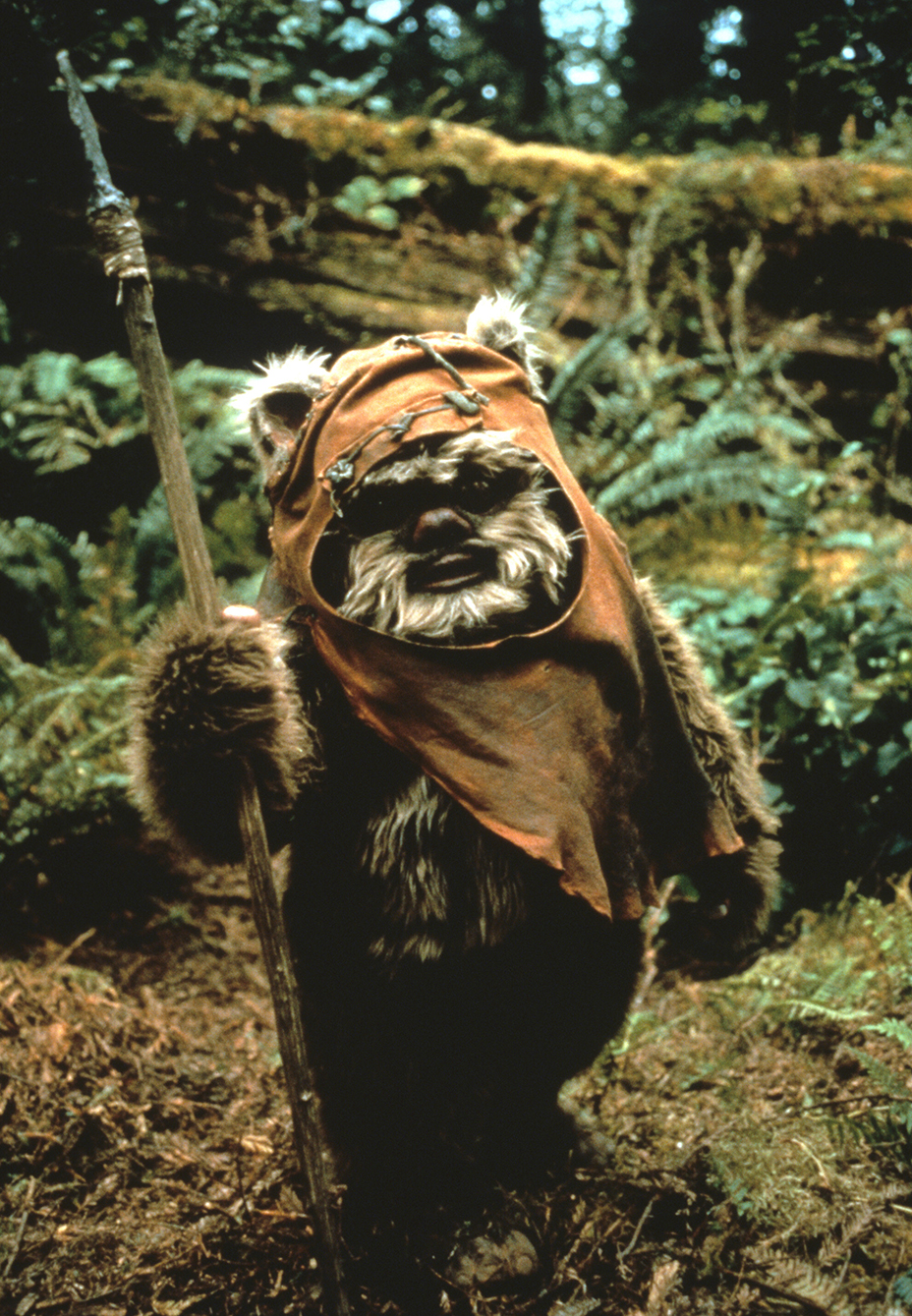