A familiar name rang out — at least to movie-sound insiders — when the Oscar nominations were unveiled Jan. 22: The nominees for sound editing included Benjamin A. Burtt, nominated along with Steve Boeddeker for his work on Black Panther. But though the surname was familiar, the whole name was also a new one to the Oscar rolls. For this Burtt wasn’t the Ben Burtt who created the voice of R2D2 and has earned four Oscars, but his son Benjamin A. Burtt, who, at 34, has just received his first Oscar nomination.

The Burtts, pere and fils, both work at Skywalker Sound, but even before they both headed to work that morning, the senior Burtt sent his son a text saying how proud he was, especially since he’d never imagined that he would follow the same career path. “Sorry, I’m choking up thinking about it,” the younger Burtt says, recounting the moment, “but honestly, it was the best thing.”

In retrospect, the Black Panther nominee’s career path probably shouldn’t have come as a surprise. He grew up in Northern California around movies, but he really got a taste of working in sound when he was in high school and helped his famous father on Star Wars: Episode II — Attack of the Clones. “We went down to Australia for the filming,” he recalls. “To keep me busy, my dad gave me his recorder and sent me around to collect various sounds. He had a list of things he wanted me to gather. I recorded the monorail in Sydney, various ambulances, the malls and shops at Fox Studios. I hung around the set to try to collect George [Lucas] yelling ‘action.’ “ 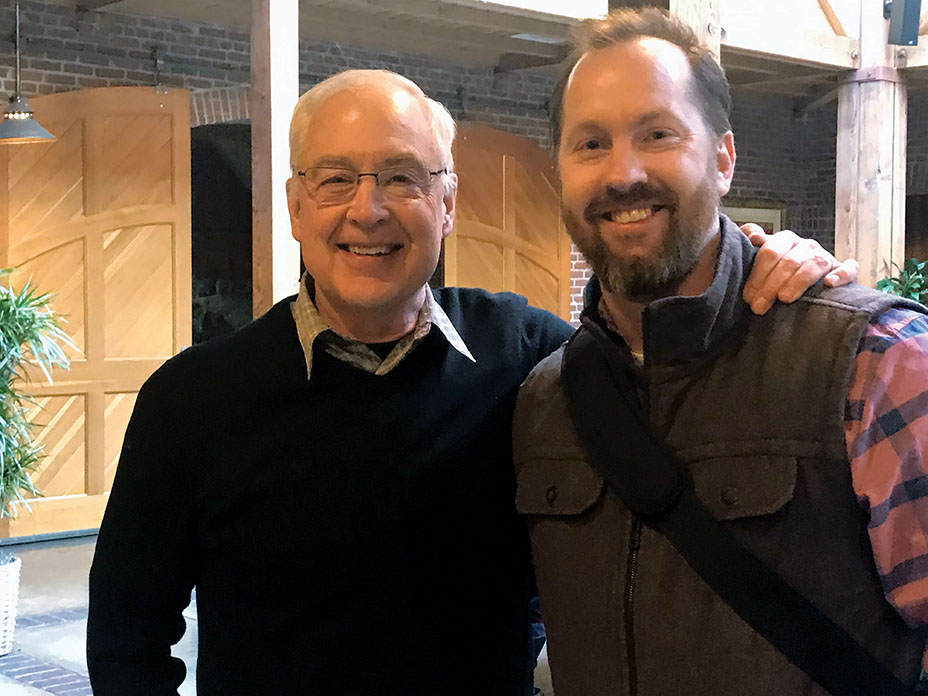 Beyond providing summer employment, though, his father didn’t nudge him in a specific direction. “He always encouraged me to get a background in other fields,” says Burtt, who studied exercise biology at UC Davis. “When I graduated, I was doing research with a physiologist. I also started working for my dad as an apprentice, digitizing his old libraries. The apprenticeship turned into another job working with some guys out of Skywalker.”

What is surprising, though, is that father and son both ended up creating the soundscapes for imaginary worlds. While his father will forever be known for creating the sounds in a galaxy far, far away — from lightsabers to hyperspace — the younger Burtt is now carving out his own career inventing the sounds of the mythical African kingdom of Wakanda. “The hardest thing for Black Panther was trying to convey that the technology of Wakanda was so advanced. We’ve never heard it,” Burtt says of the challenge facing the sound team.

But in his second collaboration with director Ryan Coogler — they worked together on Creed — Burtt’s knack for scavenging sounds paid off. He needed, for example, to find a sound that matched the “kinetic blasts” of Black Panther’s superhero suit. Fortunately, he reveals, “I had recorded a rocket sled in Mexico a couple of years ago. When I recorded it, I didn’t know what I would use it for. It ended up being this really great sound, a ricochet-like explosion.” And when he first saw the Panther’s suit in action, “I grabbed that file and plugged it in, and it actually worked quite well.”