Continue to The Hollywood Reporter SKIP AD
You will be redirected back to your article in seconds
Skip to main content
November 7, 2019 8:30am

If there is one film in the international feature race guaranteed to cause controversy, it’s The Painted Bird. The official Czech Republic entry, from director Václav Marhoul, triggered mass walkouts at its festival screenings in Venice and Toronto — with even hardened film critics unable to stomach the unflinching depictions of wartime horror in Marhoul’s three-hour, black-and-white epic, adapted from Jerzy Kosinski’s controversial novel from 1956.

The World War II-set film follows a young Jewish boy who wanders from village to village across Eastern Europe, facing one brutal violation after another. The book’s title comes from a rural tradition of catching birds, painting them in bright colors and then releasing them into the wild, where these “painted birds” are rejected by their own families as foreign and pecked to death. 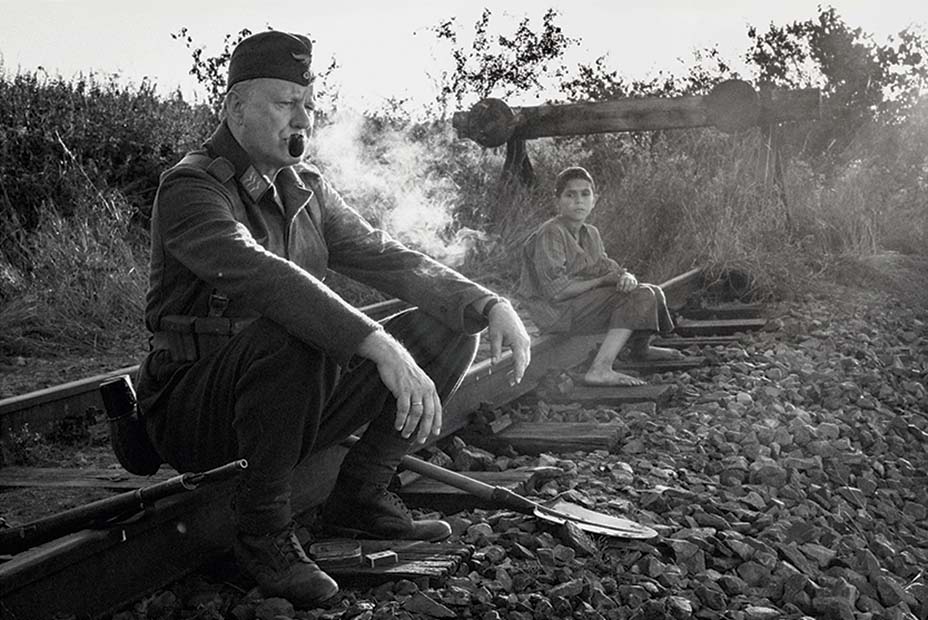 The book caused controversy at the time because the people terrorizing the boy were ordinary Polish peasants, not German Nazis. In his film adaptation, Marhoul sets the tale in an unnamed Slavic nation and has his cast speak an invented language, a pan-Slavic Esperanto, which avoids condemning a single nation but makes the child’s story of horrors even more chillingly universal.

Stellan Skarsgard, 68, who plays a war-weary soldier in the film, believes, for all its violence and controversy, that The Painted Bird is exactly the kind of movie needed right now. “This film takes place during the Second World War, but the same things, the same horrors happen today,” he says. “We need to remember what war is and to learn from it.”

This is a difficult film to watch, and there have been walkouts. How is this graphic depiction of violence justified?

I think you should be entitled to walk out, as you should be entitled to turn your head away if you see a street fight. But to say that you shouldn’t show violence as something unpleasant is dangerous. We are used to seeing so much violence and it is always sanitized, it is always for our entertainment. It is made to tickle us and excite us. But violence, real violence, is horrible. And if you don’t get upset by seeing real violence, then I think we are losing something. You should be upset by the violence in the film.

What does The Painted Bird bring to our depiction and understanding of World War II?

The period of the Second World War is interesting. We keep on using it because, in terms of moral discussions, it’s the ultimate material. There are very few moral questions you can’t plant in that soil. Sometimes it is used in a cliche way and you get some sort of Holocaust porn, or you use Nazis as just a shortcut to show someone is evil — which I think is dangerous. It’s important that we understand that those people, who committed those crimes, were just like you and me. And if we don’t recognize that, then we are really in jeopardy of becoming like them. I want to see films that show human beings, not cliched monsters, committing all those horrible things.

What’s the relevance of the story for audiences today?

The same things, the same horrors, happen today, all over the world. It is important that we remember and that we learn from it. If you talk about Western Europe after the Second World War, there is no time in history that has been better for humanity. Because after the Second World War, everybody agreed on one thing: This must not happen again. And they agreed on the way for it not to happen again: that you build a society where nobody is starving, where there is a minimum of inequality and where people have a decent life. That worked for some decades. And now we have seen the income gap widen, the inequalities widen and what happens? The extreme right is popping up its head again. And communism is popping up its head. Because it is the perfect soil for that kind of thing. And it’s much easier to find followers for this sort of thing if the memories aren’t fresh anymore. This sowing of hatred and fear and nationalism and xenophobia, which is very profitable for certain world leaders at the moment, is leading straight ahead to what this film depicts.