Stephen Lang is famous for playing a certain type of guy. “Tough, old bastards,” as he affectionately calls them. But this month, the actor is a world away from the gruff characters he’s played in films such as Avatar and Don’t Breathe.

On Nov. 23, Lang is unveiling The Wheatfield, a children’s book that tells the true tale of Medal of Honor awardee James Jackson Purman, an injured Union soldier who forges a surprising bond with a Confederate enemy during the Battle of Gettysburg. Lang penned the story, which has illustrations from filmmakers Alex and Adrian Smith, twin brothers whom Lang got to know when his daughter met them at the Parsons School of Design.

The story of The Wheatfield has taken on a new meaning for Lang in the age of COVID-19, which has seen him quarantine with his wife and his daughter’s family, including his two grandchildren, ages six and four. The adults take turns teaching the kids, with Lang having the early shift at 6 a.m., where he’s exposing them to the world of literature. He’s also helping explain the serious nature of what’s happening in the world today amid the COVID-19 pandemic.

“It reinforced this notion about speaking about serious subjects to young people, because they really are ready,” Lang tells The Hollywood Reporter of The Wheatfield‘s relevance at this time. “This particular story, it struck me to the heart, because it’s such a simple story. The themes of compassion and reaching across, making your enemy your friend, just struck me as beautiful and useful and worthwhile themes to be talking about.”

Though Lang has spent much of quarantine teaching his grandchildren, in July he quietly jetted off to Serbia to film a sequel to Don’t Breathe, the 2016 contained thriller that saw him play a blind man who terrorizes a group of young adults who break into his house. The sequel had been ramping up to film in April when COVID-19 shut down the industry, but fortunately, most of the pre-production had already been completed, making it easy to start up again a few months later.

Lang quarantined for ten days after arriving in Serbia, and then was tested for COVID twice a week, with regular temperature checks during the shoot. He felt that the protocols were successful in keeping the cast and crew safe.

“My role, regardless of the COVID crisis or anything else, it’s an extremely isolating role. I spend a lot of time just with me, anyway,” says Lang. “And I suppose in some perverse fashion, it actually played into the playing of the role.”

Don’t Breathe 2 is the directorial debut of Rodo Sayagues, who co-wrote the original film with Don’t Breathe filmmaker Fede Alvarez. Sayagues and Alvarez first showed Lang the script a few years ago, and he was impressed. He feels even more confident after filming wrapped.

“I never walked away from a scene on this feeling like we’d left something on the table there. We really strived to get everything we could out of it,” says Lang. “It has a tremendous kinship with the first film, but in many ways — in every way — it’s very much its own thing.”

Because Lang’s character is a man of few words, he and the team worked hard to make sure every line was right.

“We kind of debate and negotiate and massage every word, every phrase, every grunt,” says Lang. “We all have a ball doing it, because we enjoy working together. On the day-to-day life on set, I had a lot of input into it.”

Though Lang has a long list of credits that include Gettysburg, Tombstone, and Gods and Generals, no project captures as much public fascination as James Cameron’s Avatar, in which he played Colonel Miles Quaritc. He is returning for the long-awaited sequels, the first of four of which is dated for Dec. 16, 2022.

“I haven’t shot anything in probably close to a year. But I’d shot for two years before that, so I’m good,” Lang says with a smile. “I know there is still a huge amount of work to be done. As far as I can tell, Avatar 2 — it’s shot.”

Much has been made of the long wait between 2009’s Avatar and the sequels. Lang chalks it up to Cameron not letting anything out until it’s precisely what he wants.

Lang loves to work on different scales. A few years after working on what was then the biggest film of all time, Avatar, he agreed to narrate a senior thesis for The Bros. Smith, his daughter’s classmate at Parson’s. He was so impressed by their work on the World War I-focused project that a few years after that, he pitched them doing an animated film The Wheatfield, and after that, got them to illustrate the book.

“I think events in the past year, the past four years, and even in the past weeks, have only really intensified the need to put that message across,” Lang of The Wheatfield‘s story. “It was all contained in Abraham Lincoln’s first inaugural address, when he said, ‘We are not enemies, but friends. We must not be enemies.’ That’s how I feel.”

The Wheatfield will be published Nov. 23 by Applewood Books and will be available through the Gettysburg Foundation. 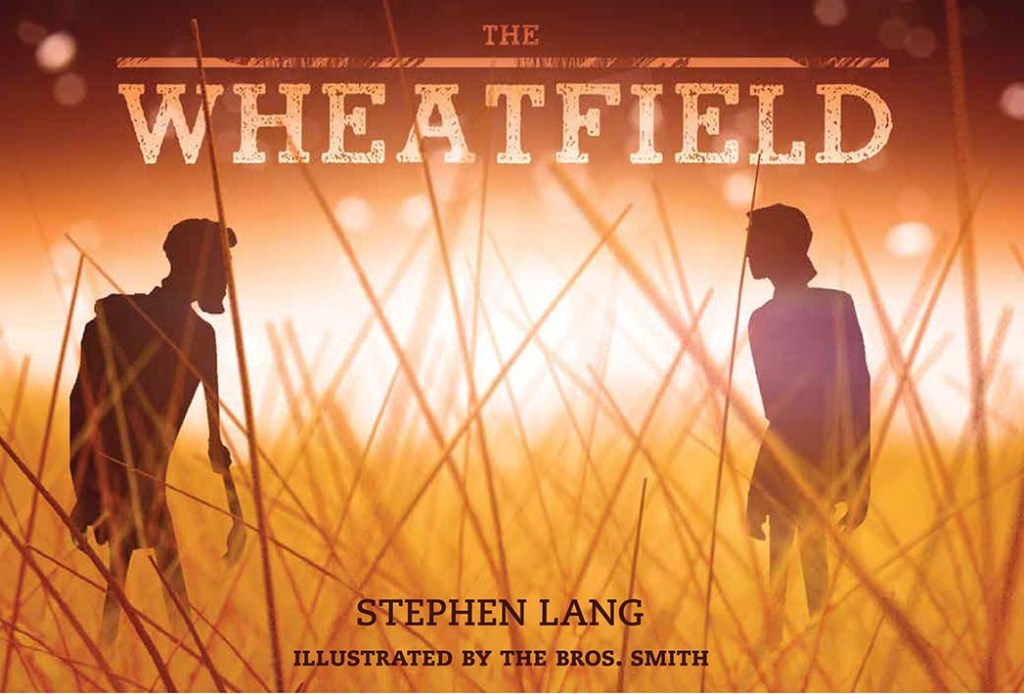