Steve McQueen’s female-led heist film, Widows — which opened Nov. 16 — comes to a dramatic conclusion after several widows, led by Veronica Rawlins (Viola Davis), execute a robbery at the mansion of politician Jack Mulligan (Colin Farrell) in a desperate effort to settle the debt of their deceased husbands.

To shoot the movie, McQueen tapped cinematographer Sean Bobbitt, continuing a 17-year collaboration that has included Hunger, Shame and 2013 best picture Oscar winner 12 Years a Slave. One of the first challenges the creative team faced was capturing the authenticity of Chicago by shooting on location, something McQueen insisted on. “Chicago has so many levels of interest to me,” says McQueen. “Political, racial, religion, policing and criminality, and how all of these networks at some point cross over and have a relationship to each other.”

Bobbitt, who shot the movie with Arriflex LT and ST film cameras with spherical Cook S4 lenses, says finding the right mansion was crucial. It had to appear to be in an urban setting to help sell the idea that the Mulligans are part of the Chicago establishment. Oscar-winning production designer Adam Stockhausen (The Grand Budapest Hotel) and location manager Nick Rafferty found just the place in the historic Hyde Park neighborhood. Says Rafferty: “A lot of these mansions were built for Chicago’s capitalists and robber barons. The Sears Roebuck family lived here. The Wilson sporting goods company — they built their home here.”

While much of the film relies on traditional camera movements, for the climactic heist sequence Bobbitt shifted to a more kinetic style. “As the widows enter the house for the heist, we start to mix in a handheld camera to subtly heighten the tension and add a small element of chaos,” he says. “The widows are out on the edge beyond their experience and comfort — the handheld camera hopefully heightens this.” 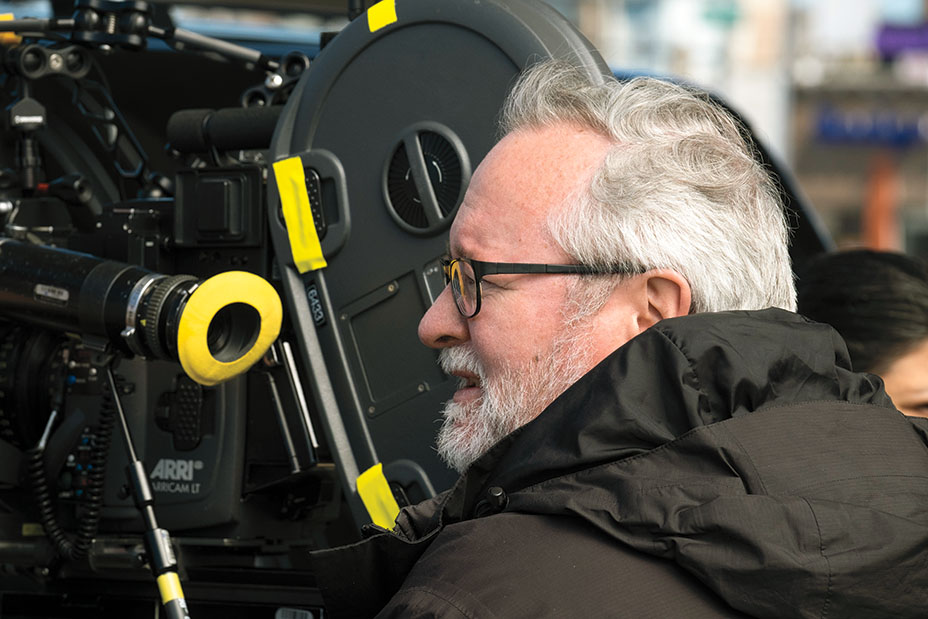 Making of 'Widows': How Steve McQueen Went Mainstream for a $40M Heist Movie