Hawkins, Ind., is used to strange visitors with unexpected plans for the inhabitants of the once-sleepy town, but the newcomer who shows up in Dark Horse Comics’ Stranger Things: Zombie Boys is…not what anyone expected even after three seasons of the Netflix hit. The Hollywood Reporter has an exclusive preview ahead of its release at the end of the month.

The 72-page graphic novel is set between the first and second seasons of the show and introduces a new character to complicate the lives of Mike, Will, Lucas and Dustin: a new nerd in their high school who has a camcorder and some big dreams. Having lived a horror movie already, is the Hawkins High AV Club ready to star in one…?

Stranger Things: Zombie Boys will be released Jan. 22, but for those wondering what to expect, read on. 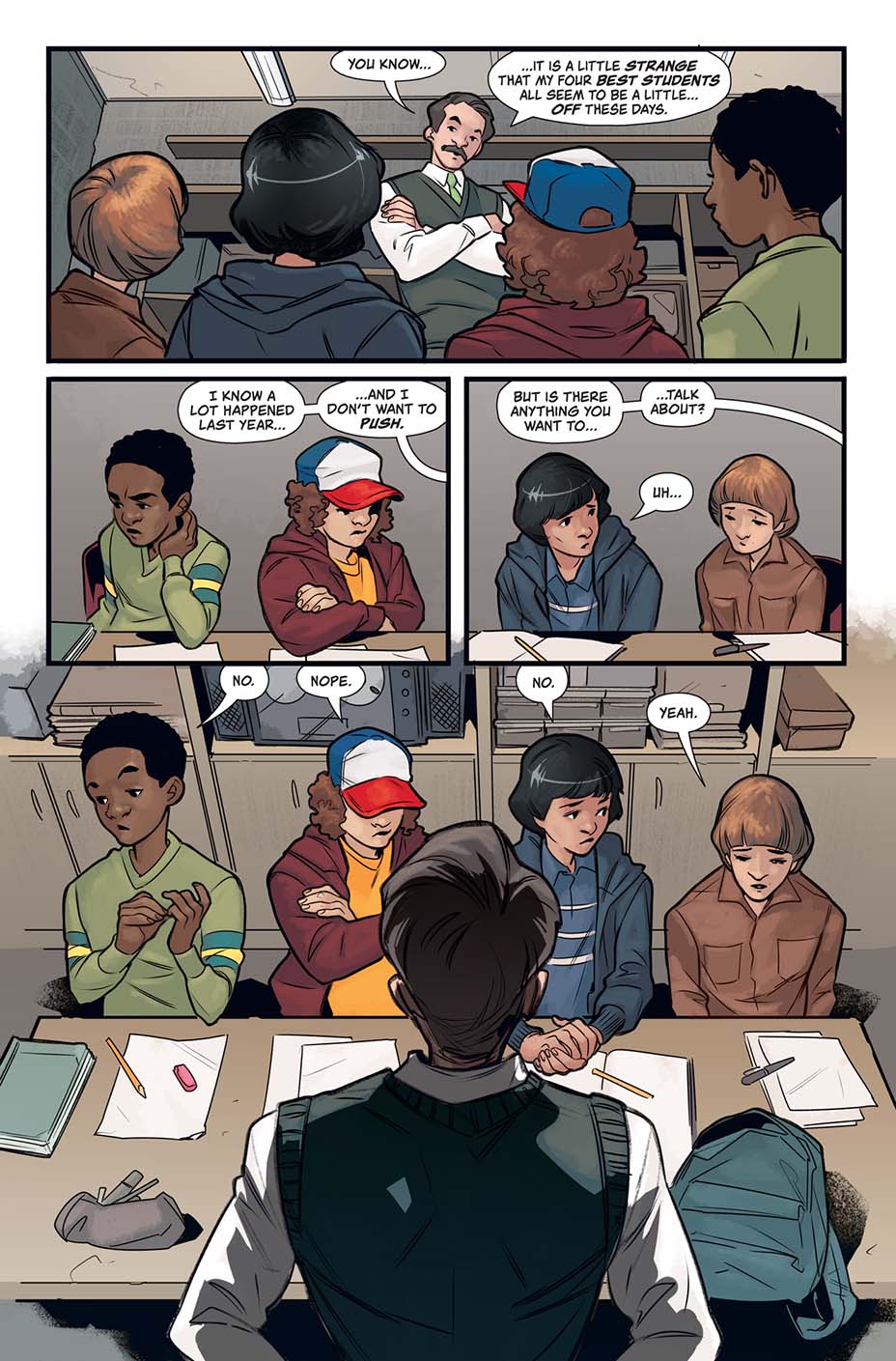 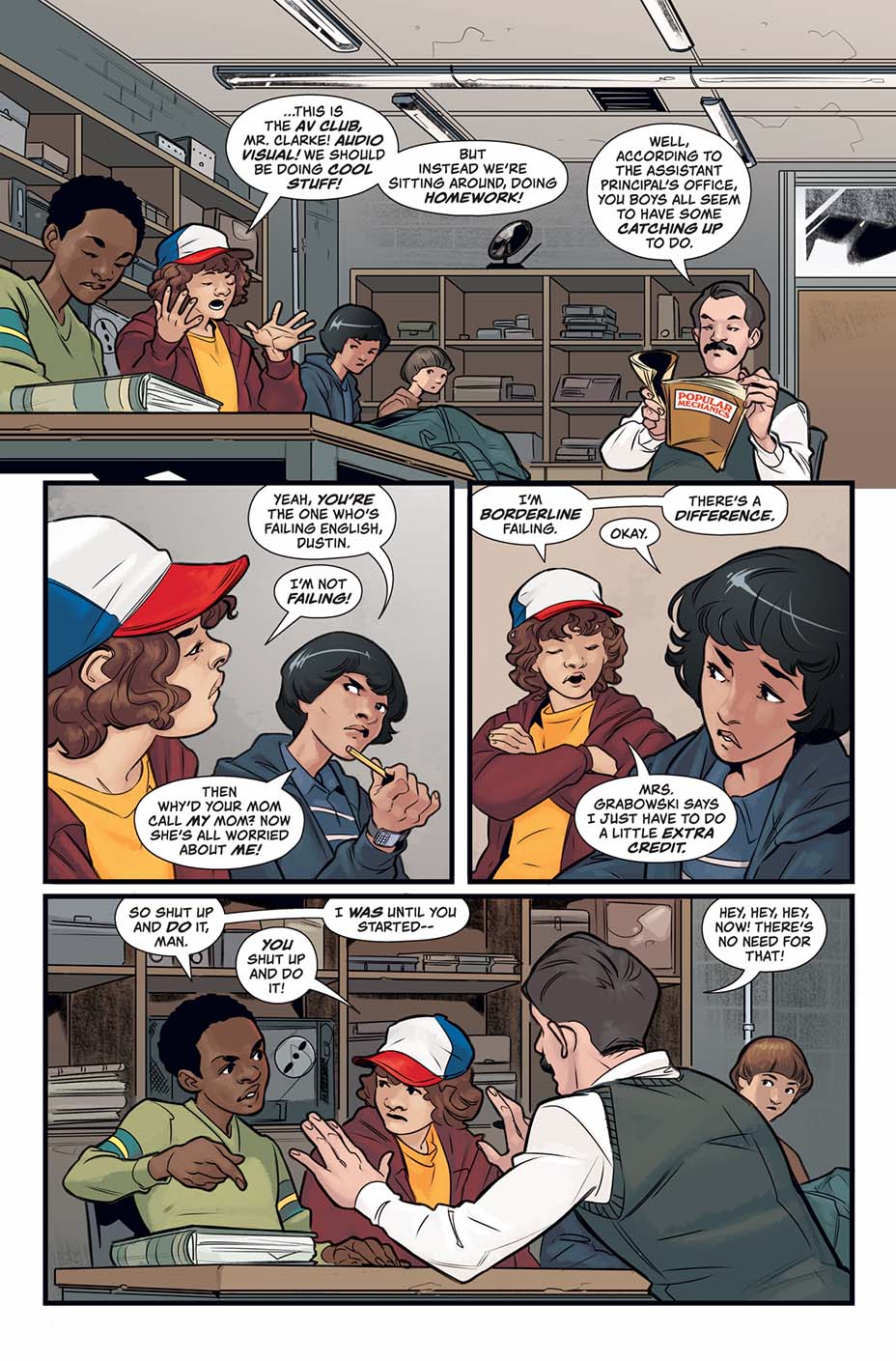 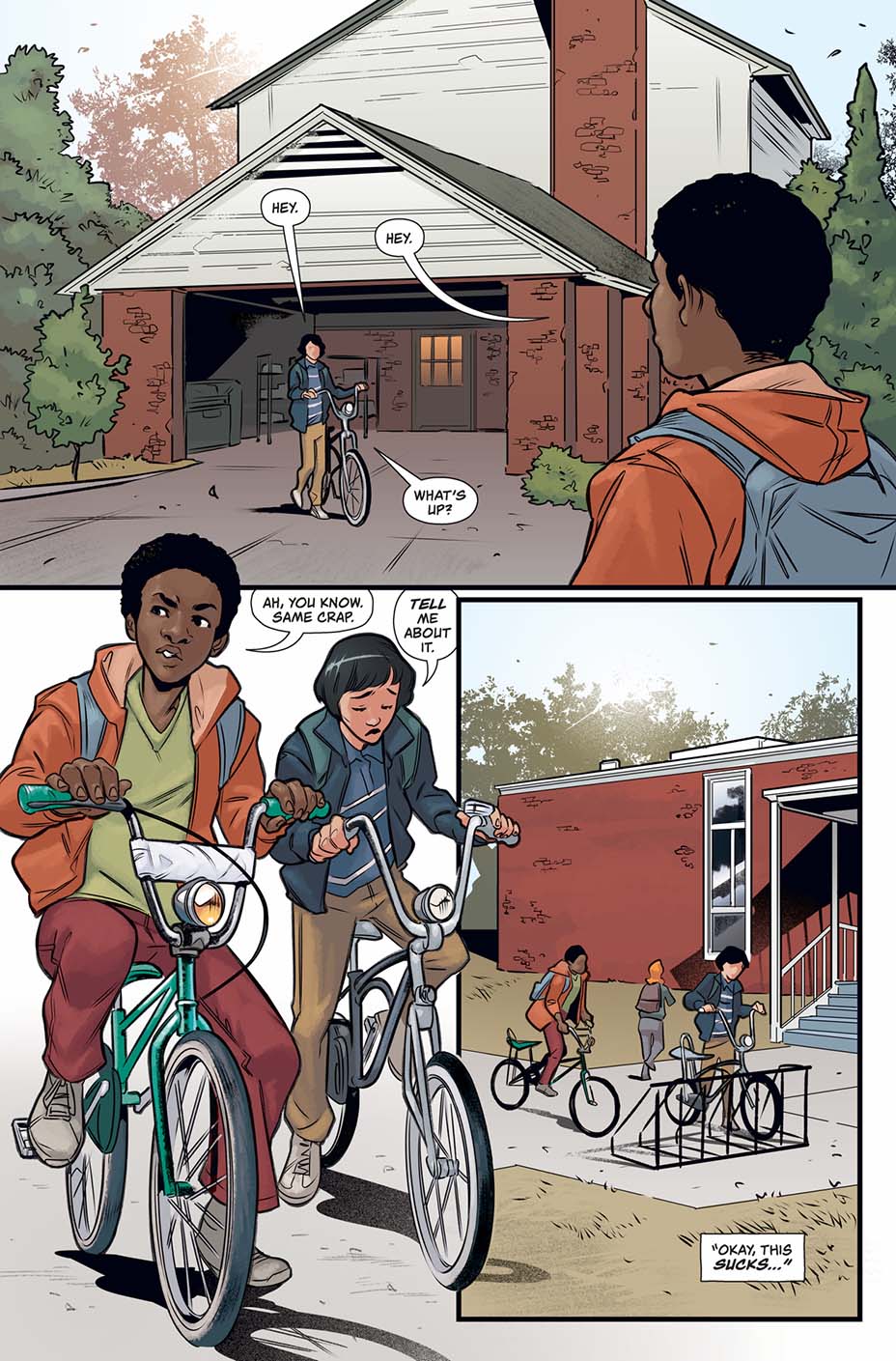 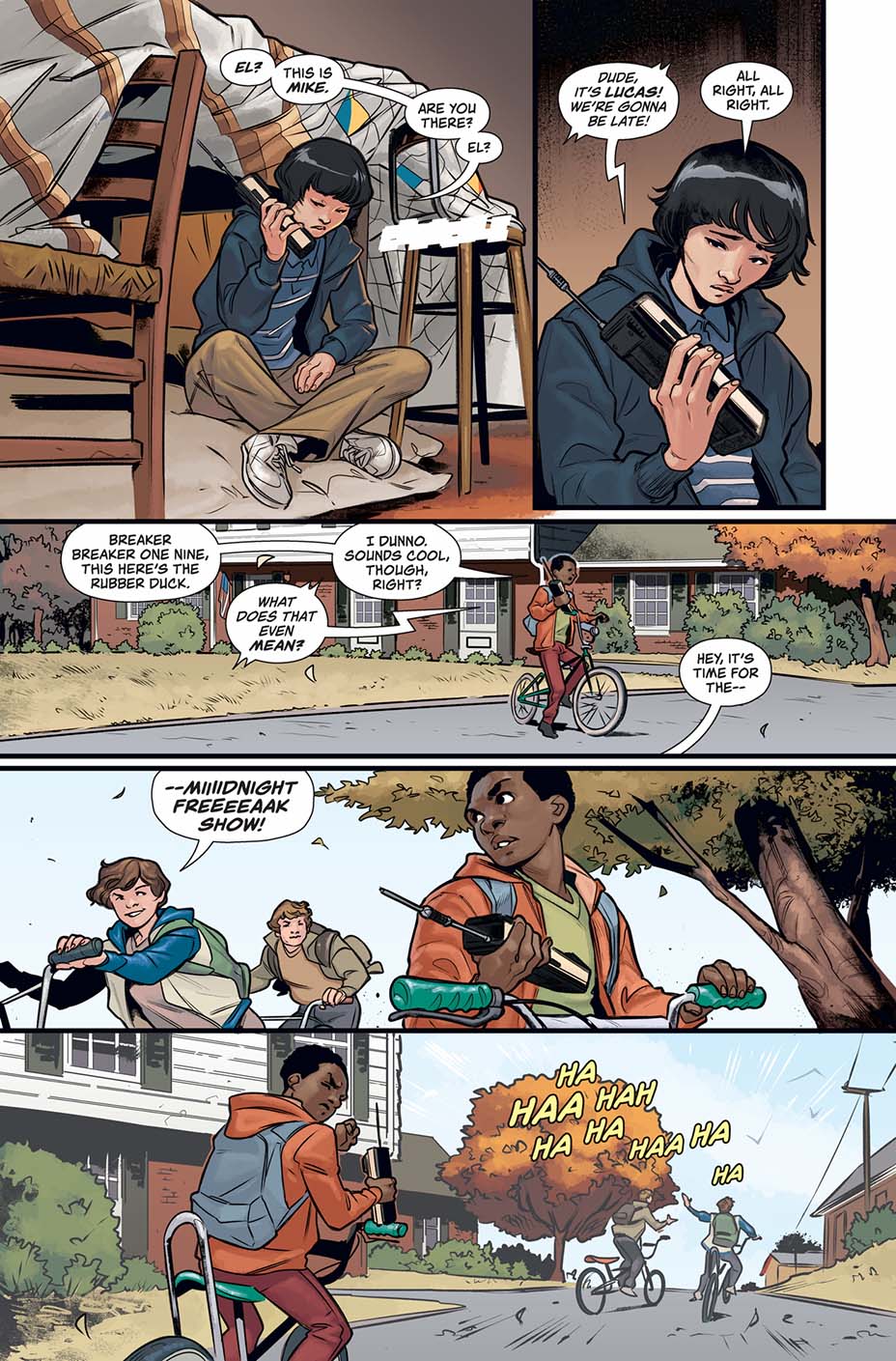 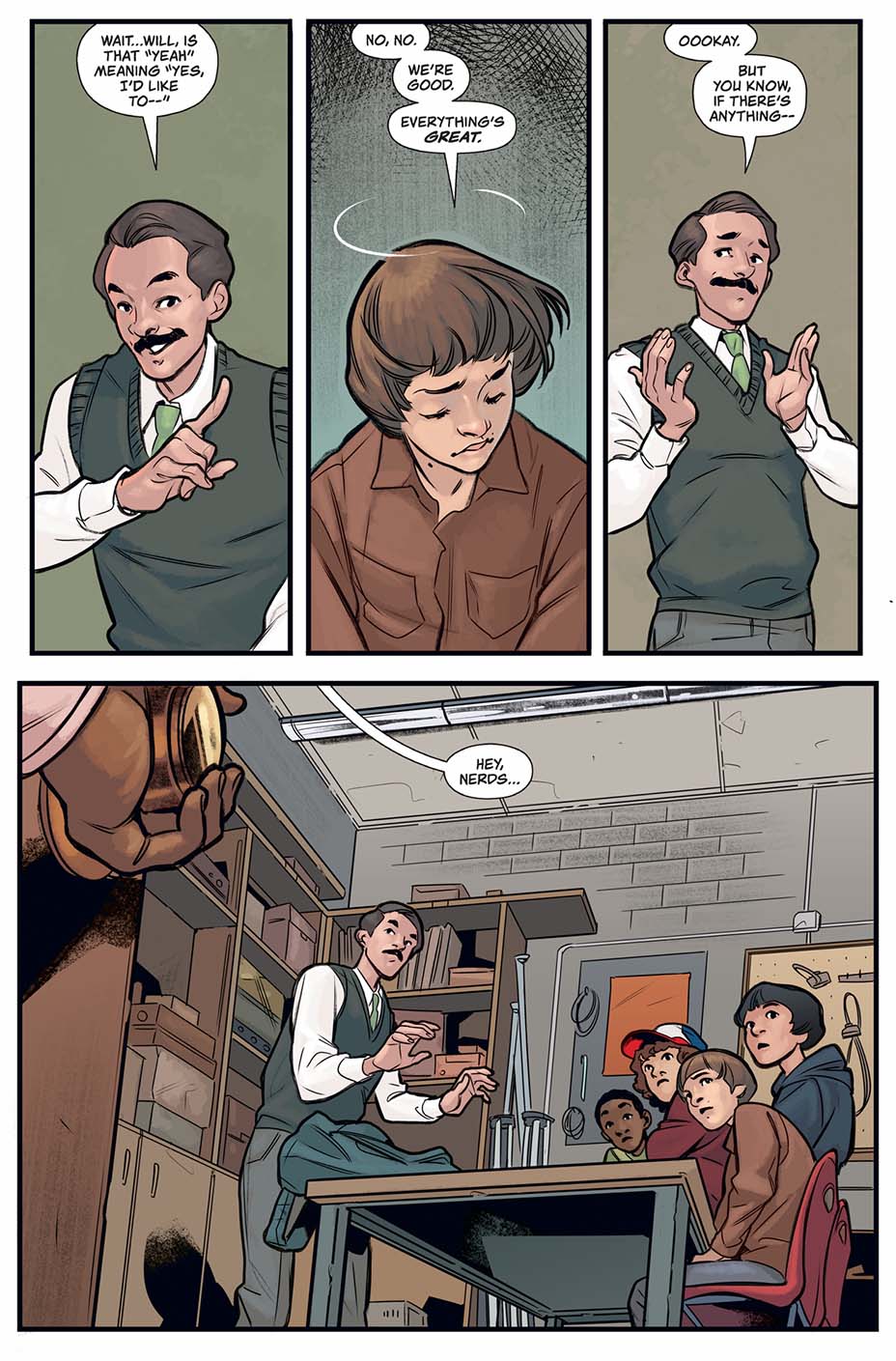