Continue to The Hollywood Reporter SKIP AD
You will be redirected back to your article in seconds
Skip to main content
February 5, 2018 1:17pm
Logo text

The Super Bowl ad for Disney and Marvel Studios’ Avengers: Infinity War (due out May 4) generated the most buzz of any movie spot airing during Sunday’s historic Super Bowl showdown between the Philadelphia Eagles and the New England Patriots.

That’s according to a report from comScore and United Talent Agency ranking movies by both trailer views and social conversation through 10 a.m. PT on Monday. (For the first time, the annual Super Bowl survey tracked views on YouTube and Facebook, versus just social media interactions.)

Unlike other films promoted during the game, the actual trailer for Solo: A Star Wars Story wasn’t released online until early Monday morning, when it debuted exclusively on ABC’s Good Morning America. Only the Solo ad itself was available Sunday evening.

The updated Super Bowl report from comScore and UTA didn’t include analysis of the Super Bowl ad for The Cloverfield Paradox, the J.J. Abrams-produced film acquired from Paramount at the eleventh hour by Netflix. In the marketing stunt of Super Bowl LII, the ad revealed that the movie would be released on the streaming service immediately following the game.

In terms of ranking, equal weighting was given to video views and conversation volume. The survey included two titles plugged during the pregame, Fox’s Red Sparrow (March 2) and Paramount’s A Quiet Place. 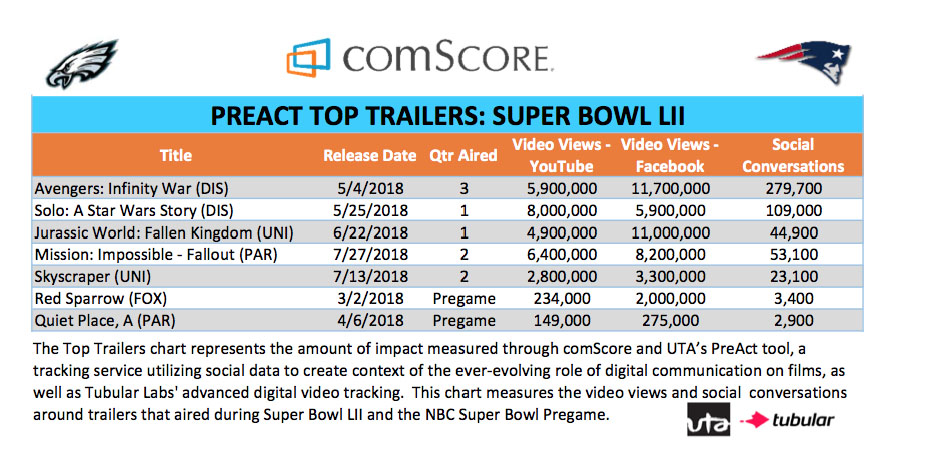 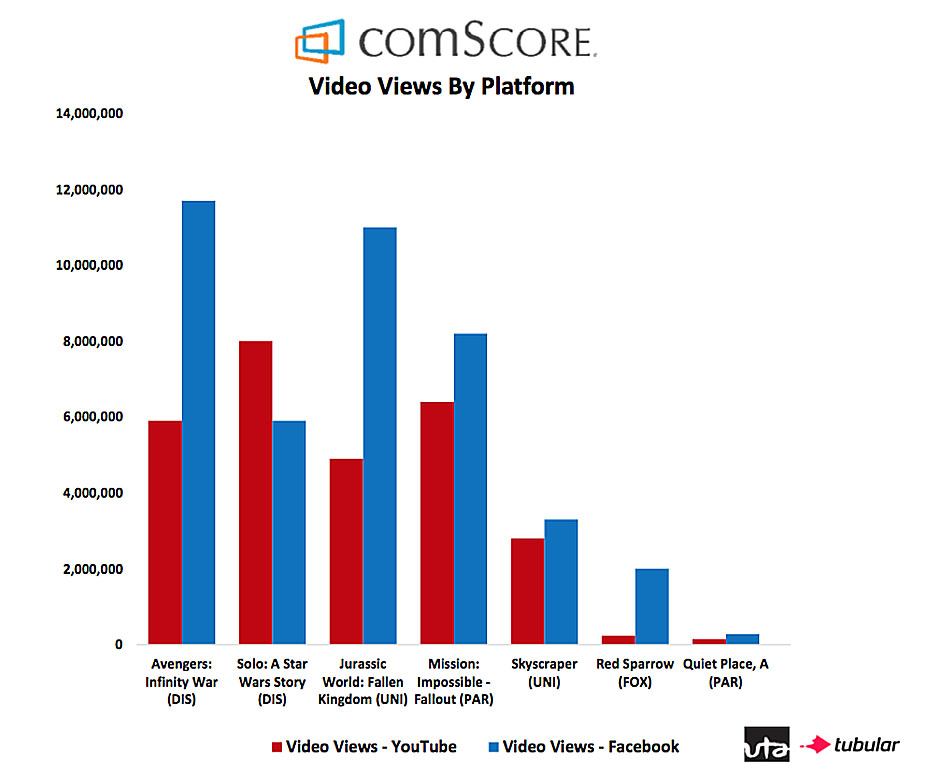 Does the 'Solo: A Star Wars Story' Teaser Get the Job Done?