It’s time for round two.

Nintendo has announced it will be bringing the Super Nintendo back to life with Super Nintendo Classic, a revival of the 1990s console that will include 21 games when it launches Sept. 29. It will retail for $79.99 and comes with two wired controllers (just like the old days, before you had to buy extras). 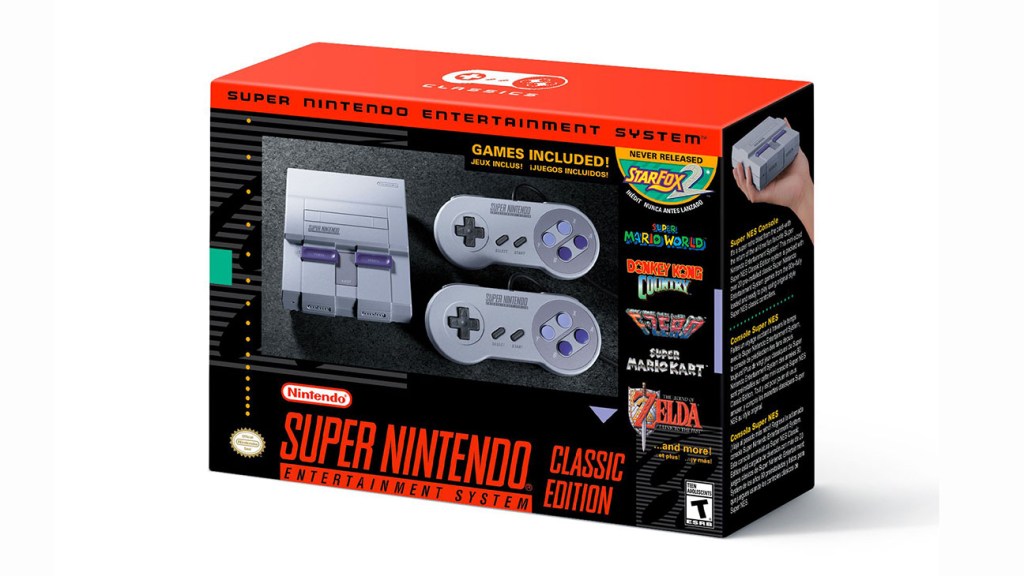 Among the big surprises: Star Fox 2, the famously canceled game which has never officially been released (though bootlegged copies have circulated), is in the mix.

The Legend of Zelda: A Link to the Past

The Super Nintendo launched in the United States on Aug. 23, 1991 — and wasn’t quite an instant smash, but grew to become one of the most beloved video game systems of all time.

For hardcore Nintendo aficionados, Star Fox 2 will certainly be among the key selling points for Super Nintendo Classic. In 2015, nintendolife published a look back at Star Fox 2‘s development and cancelation. Dylan Cuthbert, who worked on both the original and the sequel, said that as his team was working on it in 1995, the Sony Playstation and Sega Saturn had become popular, and Nintendo didn’t want its Star Fox 2 to be compared to the 3D games on those newer consoles. So the company killed the project.

Super Nintendo Classic comes on the heels of last year’s Nintendo Classic, which included 30 games from the 1980s console. It quickly sold out, with retail shortages sparking pandemonium among buyers. The system is no longer available in stores. Nintendo says it will produce significantly more units of the SNES Classic compared to the NES classic.

June 26, 1:44 p.m.: Updated with link to Nintendo statement saying the company plans on producing more SNES Classics than it did NES Classics.