Muhammad Ali was on the shortlist to play Superman in the 1978 film, producer Ilya Salkind revealed on the commentary track in the newest edition of the film, recently released to coincide with Saturday’s 40th anniversary.

“One of the conditions with DC Comics was I had to make a list of actors to play Superman that they had to approve,” Salkind explained.

The Ali idea was not that far-fetched. The same year the film was released, the heavyweight boxing champion and Superman teamed up in the comics to defeat an alien invasion of Earth. 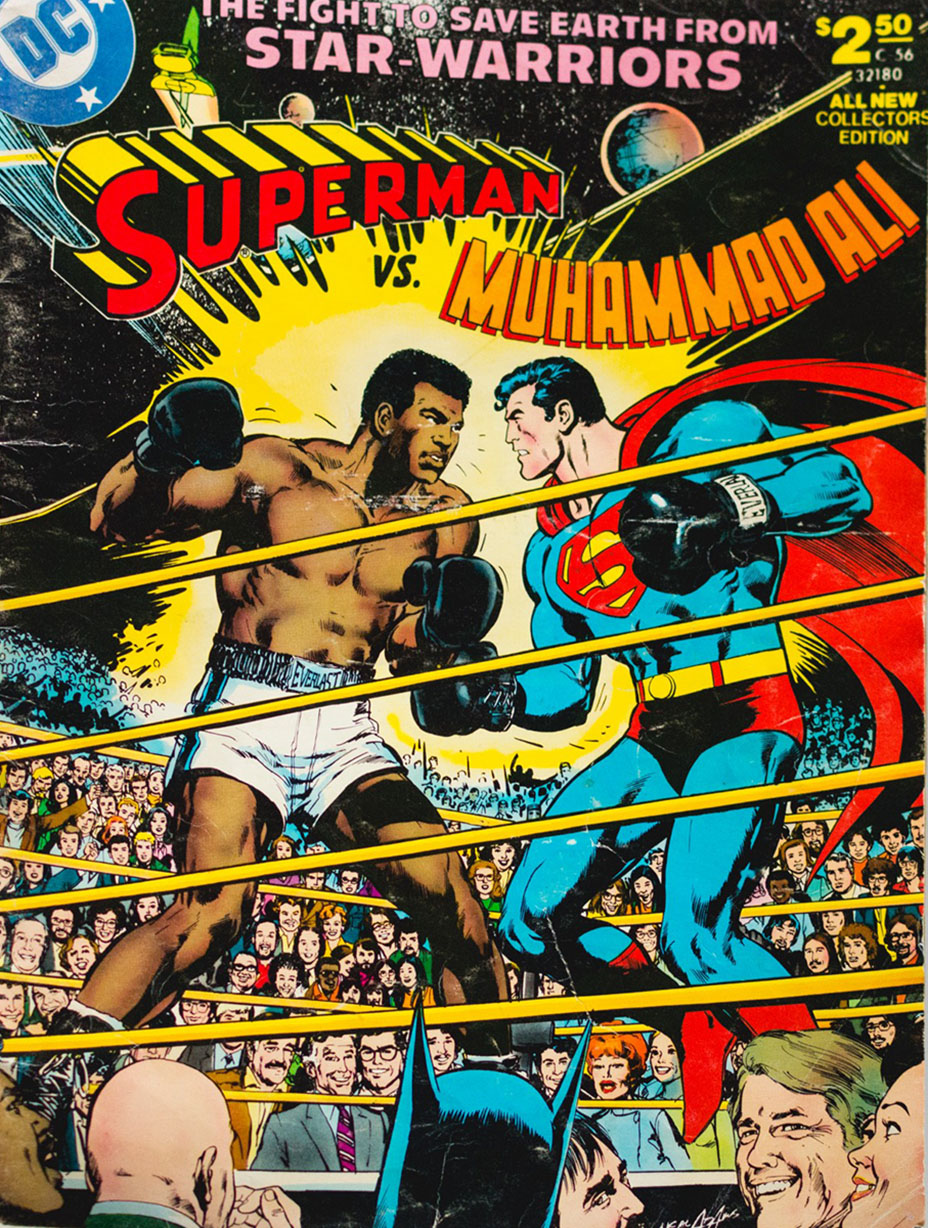 Salkind said the casting process was “complex” and confusing at times. DC had approval not just on casting, but also sets and costumes.

“One side, they were extraordinarily protective [of the character’s image] and on the other side, they weren’t so aware of reality because as much as Dustin Hoffman is a fantastic actor, I don’t think he would have been a great Superman. Perhaps he could have been.”
Hoffman was seriously considered for another role, however: Lex Luthor.

“We met with Dustin at Cannes. … We had dinner with Dustin to play Lex Luthor, which would have been pretty exciting.” But it didn’t work out, he said without offering more explanation.

Salkind shared a story that after he was cast, Hackman still had a mustache that director Richard Donner did not believe fit the character. So he had the makeup department make him a fake mustache, and while wearing it he told Hackman he would shave his off if Hackman did the same. The actor agreed. Only after Hackman was done did Donner reveal his was a fake, Salkind said.

Superman opened on Dec. 15, 1978, and filmmakers such as The Dark Knight‘s Christopher Nolan and Wonder Woman‘s Patty Jenkins have cited it as inspiration. It earned $134 million globally (more than $1.1 billion in today’s dollars).

Why 'Superman' Is So Hard to Leave in the Past