Proud Mary is a rare project in Hollywood: an original action movie starring a 47-year-old woman of color.

“When women get older in this business, they tend to send us out to pastures; meanwhile, you have Liam Neeson, however old he is, still kicking ass in Taken and Denzel Washington, who, at any given drop of a dime, will do an action film,” says star Taraji P. Henson, who is more than a decade younger than both of those male actors. “Fuck that. If men can do it, why can’t we? I feel like women get better as we age. Give us the same chances as you give men.”

In the Jan. 12 release, Henson — who grew up adoring the Rocky and Superman movies, as well as the ‘70s TV shows Bionic Woman and Charlie’s Angels — plays an assassin whose life is altered by a pivotal kill. Since she didn’t have much time to train for the Babak Najafi-directed flick due to her shooting schedule on Fox’s Empire, the actress leaned on her previous training in weaponry (she played a cop for four seasons on CBS’ Person of Interest) to master the fight sequences quickly. “And thank God I have training in dance choreography since that’s basically what fight scenes are,” she says. “Instead of five, six, seven, eight, plié, it’s five, six, seven, eight, punch.” 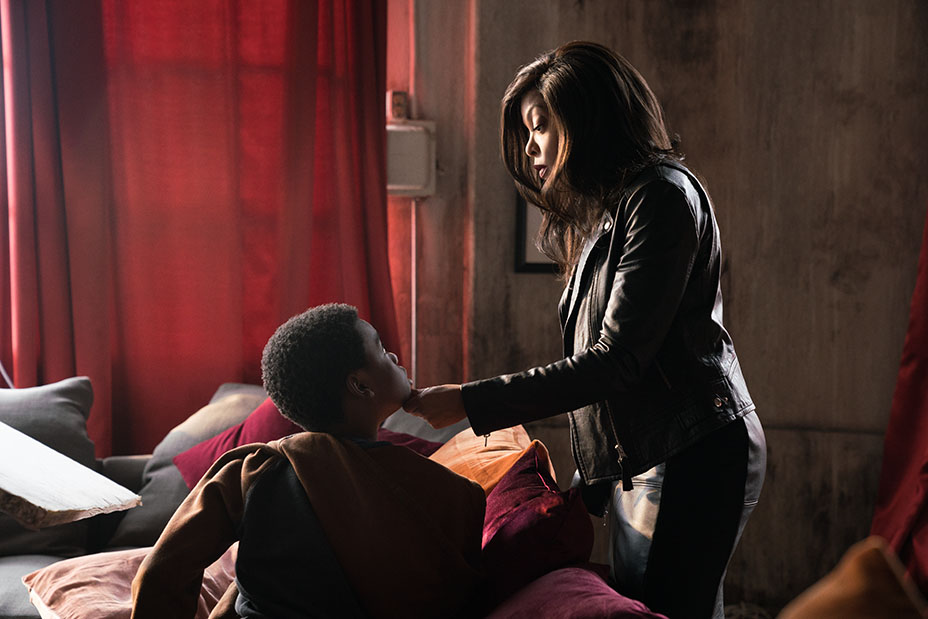 Henson also serves as executive producer on Proud Mary, a role that has her “begging and pleading my connections and doing whatever I can to make this movie the best it can be. I don’t just put my name on stuff just to say it; I get down and dirty.” Among her asks: “I’m still trying to get a Beyonce song on this soundtrack,” she tells THR in a pre-Christmas interview. She’s also trying to persuade Sony’s Screen Gems to secure an international press tour to promote the film as it’s released outside the U.S. — which she says is a tougher battle than she can believe. (A representative for Sony says they’re “definitely exploring” the press tour and working to set the dates).

“[Studios] never expect [black films] to do well overseas,” she says. “Meanwhile, you go overseas and what do you see? People trying to look like African-Americans with Afros and dressing in hip-hop fashions. To say that black culture doesn’t sell well overseas, that’s a lie. Somebody just doesn’t want to do their job and promote the film overseas. Do you not have people streaming my Christmas specials in Australia? Come on, y’all! I don’t understand the thinking. Send me over there, and if it fails, then we don’t do it again, but why not try? If I knew this movie was gonna make money domestically, I would try to get more money overseas. It’s business!”

Henson, however, has high hopes for Proud Mary, domestically and internationally. “I don’t even sweat my movies opening in the States anymore; I know they will. I’m not even trippin‘ off of domestic success anymore, and that’s not even me being conceited,” Henson explains. “They weren’t even gonna sell Empire overseas — you know what forced them to sell it? The people, because they were streaming it illegally. Then [studio executives] go, ‘We can make some money,’ and all of a sudden they want to sell the show [internationally]. What? You don’t even expect us to do well.”

Taraji P. Henson to Star in 'What Men Want' at Paramount

Later this year, Henson reprises her role as the Lyon family matriarch of Empire, but continues her streak as a leading lady on the big screen. She reunites with writer-director Tyler Perry for the Fatal Attraction-esque thriller Acrimony, out in March. Also on her docket: her portrayal of activist Ann Atwater opposite Sam Rockwell (as a ranked KKK member) in the indie drama The Best of Enemies. “She’s very boisterous like Cookie — oh, she’s a barracuda — but that story is very relevant and needed now,” she says of playing the real-life civil rights activist.

Henson hopes her film projects — including Paramount’s gender-bending 2019 reboot of What Women Want, which she’s also executive producing — will wake Hollywood up to the box-office value of women of color. “They give us a lower budget, and we take that budget and make magic and break all kinds of records — we’re making a dollar out of 15 cents with these projects,” she says, referencing the 2017 hit comedy Girls Trip. “I wish we wouldn’t see color, we’d just see talent. It’s stupid that I’m not getting paid what I should be getting paid because of the color of my skin, but I’m turning in the performances, hand over fist. But I’m not gonna complain, because then I become bitter. What I do is I keep fighting, I keep fighting for my money until I don’t have to fight anymore.”

Proud Mary, with a modest $14 million budget of its own, showed the star “I can do anything, that we can do anything as African-American women,” she says. “And I want to do it again. The stunt coordinator was impressed with how fast I caught on, and I said, ‘Just imagine if we had weeks to train!’ If we make a sequel, we’ll be ahead of it.” She laughs while recalling one of the film’s fight sequences she watched with her boyfriend, former NFLer Kelvin Hayden. “He was looking at me scared. He’s sleeping with one eye open now!”