“We wanted to tell a great story,” Morgan Lockhart, lead writer on Dontnod’s imminently releasing video game Tell Me Why, says of her main priority in building the narrative for a mysterious and emotional journey that features a playable transgender character, among other queer characters.

“It’s obviously our first goal always, but with this we wanted to tell a story that was sensitive and as accurate as we could tell it,” she continues, adding that it was necessary to avoid “common pitfalls” seen in other media with the inclusion of LGBTQ characters.

Along the way, the creative team was guided by Nick Adams, director of transgender representation at GLAAD, who joined the project early on in the script development phase. “It’s been a really wonderful collaboration working with them to talk through, what kind of human being is Tyler?” Adams, who is trans himself, explains. Since Tell Me Why is not a story of Tyler’s transition, Adams talked with the team about where he was at in his life, his aesthetic appearance, what happened in his past, how he interacts with the people close to him in his hometown and how he chooses to disclose, or not disclose, his transition.

Tyler’s story resonated with Adams personally because he grew up in a town of 600 people in Illinois and understands the conflict of seeing people who knew you before you fully became yourself and dealing with the varying levels of comfort that are associated with that experience.

“What’s exciting for me is that players play as Tyler, and they are put into that position, so they have to make decisions about how to respond when somebody says something to you.” He adds, “I can’t think of any other medium where a cisgender person is going to be able to vicariously have that experience, and that’s very powerful to me because that is a big part of what trans people experience as they go about their daily lives and people have reactions to the fact that you’re trans. That is a story that doesn’t get told a lot in any sort of media.”

He goes on to emphasize that the story is not at all about trans trauma. “We’re not wallowing in the pain of what it means to be transgender and kind of like how evil people can be — which is true — but we’ve seen a lot of those types of stories and they often have this feeling of exploitation about them,” says Adams, adding that the fact that Tyler is trans influences how he lives in the world, but it doesn’t define his character or this story.

“On of the things Tyler and I truly connect on is our outlook on life,” says trans actor August Aiden Black, who voices the character in the game. “Tyler is first a mentor, a protector, a brother and while his trans experience guides him with empathy, it doesn’t take the lead,” says the actor. “He is focused on building his future while overcoming his past. Something I have had to do in order to move forward and become myself.” 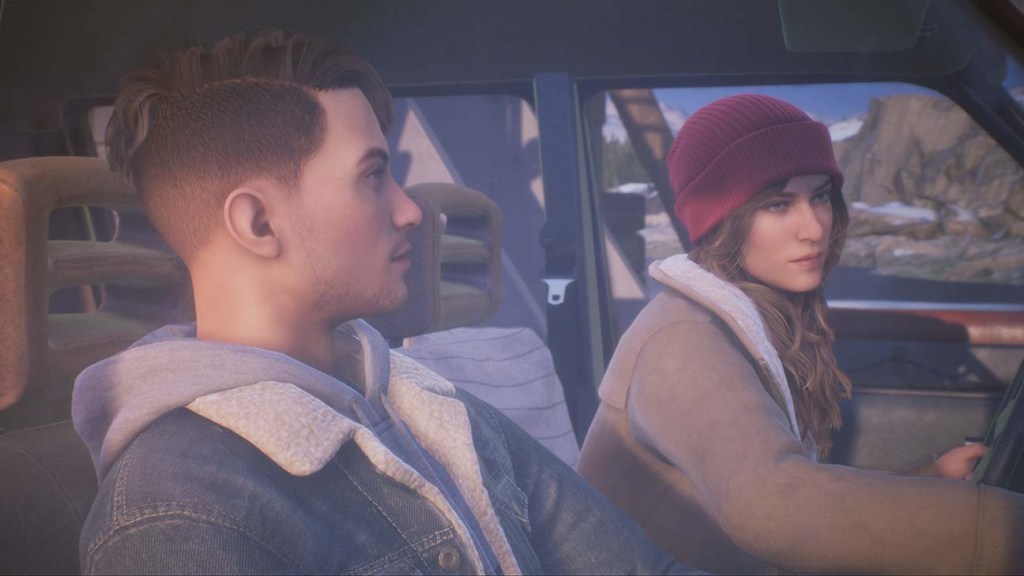 For the actor, what makes the game so distinct is the strength of the narrative. “Tell Me Why brings you a story about twins who were separated and now have come back together as adults,” says Black. “You feel that distance and the growth they made on their own. A part of that growth was Tyler’s transition, but it’s just a part of his new self. I think that’s what makes his journey so different.”

Narrative director at Xbox Game Studios Publishing, Clay Carmouche adds that the approach was similar for all the characters in the game. “That’s something that Dontnod really excels at, it representing reality in people in the most realistic and honest way possible and that certainly applied to Tyler and our other characters,” he says. “Really it was just about first being as truthful as possible, and then doing no harm.”

Adams explains that, although the game is a mystery and there is darkness and drama, there are moments in the game that are fun and happy. “As somebody who has been working in trans representation for a very long time, I’m so ready for some stories that include trans joy,” he concludes.

Tell Me Why, which unfolds in 3 chapters, drops its first installment on Aug. 27 exclusively for Xbox One and Microsoft Windows.