Ahead of the Aug. 23 launch of investigative thriller mobile game Telling Lies, which stars Logan Marshall-Green and tasks players with searching a stolen NSA database in order to decipher conversations recorded over a two-year span and weave the narrative together, Annapurna Interactive has shared the above behind-the-scenes video of director Sam Barlow explaining his vision for the project.

The game offered a demo at this year’s Entertainment Expo (E3), during which Barlow — who is known to many game players as the creator of police procedural game Her Story —  emphasized his desire to continue to “do everything I wasn’t allowed to do when I was making traditional video games.” While Her Story was an attempt to throw out established rules, Telling Lies forges ahead with that idea, a “risky proposition,” in Barlow’s words.

“Having come off Her Story [in 2015], I started thinking about the stuff that I discovered on that project that was most interesting; what that project did with video, what it meant to be interactive with video and ways of exploring video — the combination of the two was the spark,” he says in the spot.

The director goes on to explain that he felt a sense of control in how things are presented given that Telling Lies will be seen in a nonlinear way. “Making something like this, you’re surrendering to the audience and letting them find their way around it, so you have to build a story that does work when you break it apart to its component pieces,” Barlow adds.

Actress Alexandra Shipp says in the video, “It’s been really fun working with Sam, he has opened my eyes to a new type of filmmaking.”

The photo below is a screenshot of the display that players are presented with in the game. In the search window, they can type in keywords in order to bring up specific filmed video conversations, and from there, start to identify patterns in the language and scene settings. 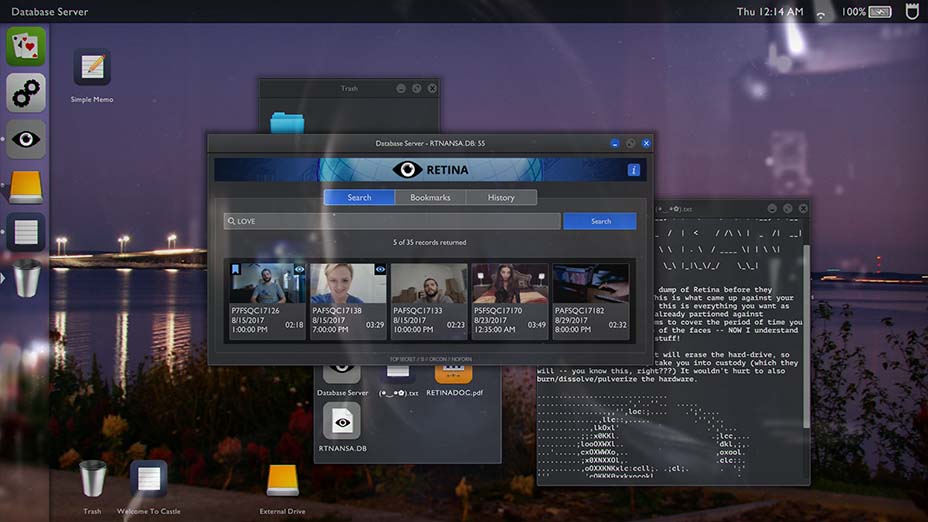 He continues, “So, projects like Telling Lies are not about this kind of video game-y idea that you will be the protagonist of the story, that you’re going to be role playing the character. What this does is say that you, the audience, have an active role in this story; your inferences, your subjectivity, will transform this story.” 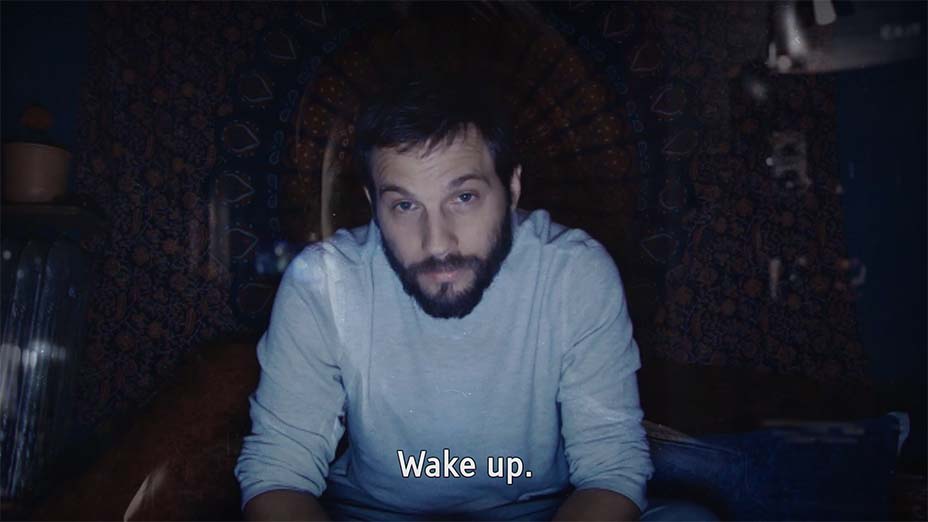 “It’s giving people live action content that is super emotionally evocative and plugs right into our human brains, but also creating enough negative space that you can read between the lines so that your imagination is tasked with putting this story together,” Barlow continues.

“You have some of the role of a traditional director or curator. It was important to me that this be as risky a proposition as the original Her Story was.”

Telling Lies launches on iO2 and Microsoft Windows on Aug. 23.

E3: 'Her Story' Creator on New Game 'Telling Lies': "I Want to Encourage Players to Lose Themselves"