In 1984, Linda Hamilton’s portrayal of Sarah Connor in The Terminator felt like a game changer. She wasn’t a scientist or an astronaut like the female leads of most sci-fi films; she was an average woman, a waitress just trying to get by in life (and maybe go on a date every now and then). The film’s 1991 sequel, Terminator 2: Judgment Day, transformed Sarah Connor from ’80s girl next door to ’90s military badass, and though there was criticism regarding Connor’s trajectory, she remained a woman that women rooted for. This is continued, and in many regards improved upon, with Terminator: Dark Fate, which situates its women front and center while acknowledging the sexism baked into the franchise’s mythos.

At its heart, Terminator: Dark Fate is about the lives of three women, interconnected on the journey to stop Judgement Day from happening. There’s Sarah, still coping with the death of her son, John (Edward Furlong); Grace (Mackenzie Davis), a young woman from the future enhanced by cybernetic technology; and Dani (Natalia Reyes), our new take on Sarah Connor and the woman now meant to lead a new resistance against the machines. All three women, together, could easily show the progression of Sarah’s individual arc, from average woman to warrior to hardened cynic, but enmeshed within each one is both the personality traits Sarah personified and how they’ve come to represent women the world over. 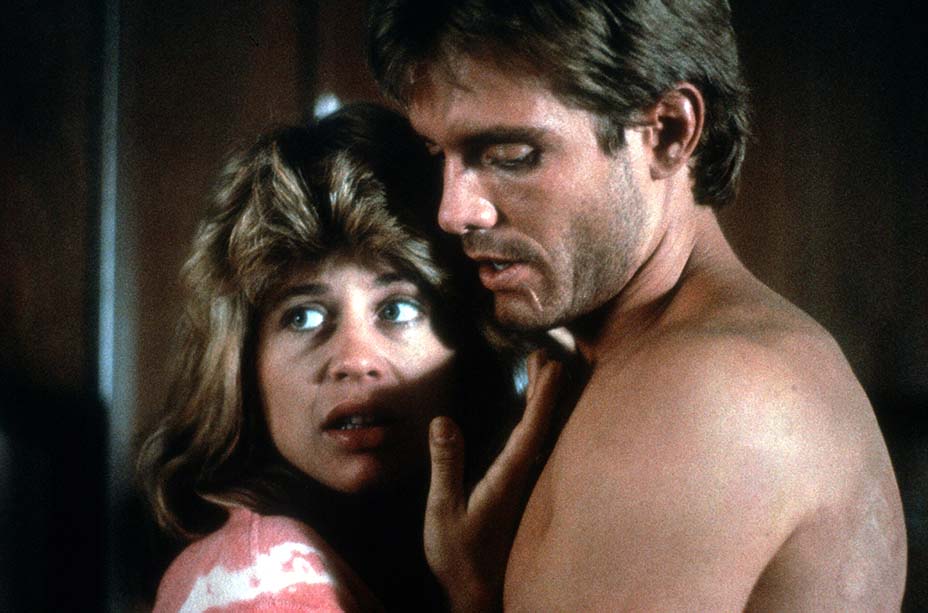 A key criticism of 1991’s T2: Judgement Day was that it immediately presented a Sarah who has been transformed from regular person into a loud, brash, military personality. All traces of Sarah’s femininity are removed, short of her all-encompassing need to protect John. And even then, there are questions about whether it is her maternal love for John that drives her, or the awareness of his Jesus-like grander purpose. Claudia Springer noted in the 2004 book Cyborg Cinema and Contemporary Subjectivity that Connor’s masculine change in appearance “can be appealing as a feminist alternative to helpless Hollywood woman characters…it also represents a misogynistic rejection of all things feminine.” Back in 1991, the best way to make a female character strong was to turn her into a man, and though Sarah Connor remains the ultimate badass because of her portrayal in T2, it reminded women that one couldn’t be feminine and a warrior. 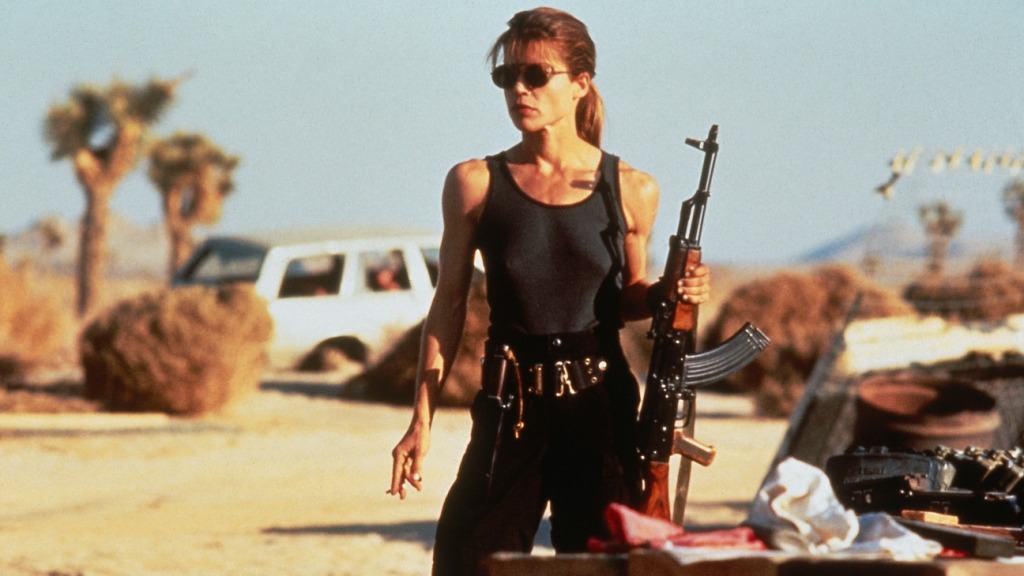 With Dark Fate there’s an awareness of these flaws. The film opens with Sarah and John enjoying themselves. They appear to be having the mother-son relationship they’ve always dreamed of. It’s a dream shattered forever with John’s death but, more important, it shatters the myth that Sarah’s life is tied to that of a man. It’s presumed that John was the only thing that gave her life purpose, an element that’s been echoed in every feature from T2 onward. John’s removal from her nature opens a new door, one where Sarah might find her own female humanity that’s been tamped down. It’s frustrating that the film never gives Sarah more of an emotional breakdown regarding John’s death, both what it does to her as a mother and as a woman who’s been believing that he is the center of the universe. When she finally does break down, it’s at the thought that, in all her time running with John, she never took a picture of him and is now beginning to forget what he looks like.

The script also acknowledges the misogyny inherent in the original film’s premise. Sarah Connor derisively brings up how she’s been a mother Mary figure throughout her life and how Dani is being punished because she has a womb. Sarah’s resentment is an acknowledgement of the past films’ issues and the problems of sci-fi and horror in general. Women have historically been penalized in features and literature for being sexual, being pure, or their decision to have children or not. But Dani is not the mother of the future, she is the leader of the future. The revelation is poignant, if not a little on the nose. But it’s an attempt to rectify the flaws of the past.

Though Dani is initially presented as a Sarah Connor clone, her trajectory implies one wherein her character won’t travel the same road as Sarah. In The Terminator, Sarah only seemed to have her friend Ginger, and her mother in her life. Dani has a close-knit family and interactions with her community. Losing her family galvanizes her to action, but she never abandons the traits that have made her who she is. Dani is compassionate and intelligent, like John and Grace. At the end of the film, when Dani and Sarah team up, both women are presented as warriors who are also women, never having to give up anything.

The next frontier for the Terminator franchise would be to see women write or direct. Dark Fate, form filmmaker Tim Miller, has five credited screenwriters — all men. It’s one thing to tell a story about women balancing their empathy with a desire to be independent leaders, but it’s another to allow women to tell those stories. Either way, Dark Fate hopes to change an old genre with a new narrative.