Real-life divers and other rescue volunteers that last year led a successful multi-national mission to save 12 boys and their soccer coach from a cave in northern Thailand will play themselves in the upcoming Thai movie The Cave.

Those set to reprise their roles in Thai-Irish director Tom Waller’s indie include Belgian cave rescue diver Jim Warny and dive instructors Erik Brown from Canada, Mikko Paasi from Finland and China’s Tan Xiaolong. The real rescue effort at the Tham Luang cave involved over 10,000 people, including more than 100 divers, dozens of aid workers, some 100 government agencies, hundreds of volunteers and police officers and more than 2,000 Thai soldiers.

Thai actors doing cameos in The Cave include Nirut Sirichanya, playing a Thai government minister, and Treechada ‘Poyd’ Petcharat and Apa ‘Maggi’ Bhavilai in supporting roles. Thai actor Ekawat Niratworapanya will play the coach of the Wild Boars team, who helped to keep the 12 boys alive during their ordeal.

And American newcomer James Edward Holley will play a U.S. Air Force Major, and real-life American journalist Todd Ruiz, who had covered the event for the Khao Sod English newspaper, will reprise his role as a live reporter.

The Cave was written and directed by Waller, known for the Thai films The Last Executioner (2014) and Mindfulness and Murder (2011), both of which were acquired by Netflix. Waller’s latest film features several hundred extras, many of whom were present at the event itself, which took place in 2018 at the Tham Luang cave in the northern Thai province of Chiang Rai.

Bangkok-based film company DeWarrenne Productions produced The Cave, an independently financed Thai feature. The film is now in postproduction, having gone before the camera before rival movie versions of the dramatic Thai soccer team rescue by Netflix and partner SK Global and another by Universal Pictures.

“Like the rescue itself, I wanted the cast to be made up of both local and international characters, speaking in their own tongue. So the film is in Thai, Chinese and English, or pidgin English, depending on who is talking,” says writer-director Waller, who penned the script with writers Don Linder and Katrina Grose, in a statement.

“I wanted the film to be an honest portrayal of the events that took place at Tham Luang cave, and decided to go for a more authentic approach, taking the story from the point of view of some of the unsung heroes who took part in the rescue,” he added.

The Cave is set for an upcoming release in Thai theaters, while Wild Bunch is handling sales for the rest of the world. 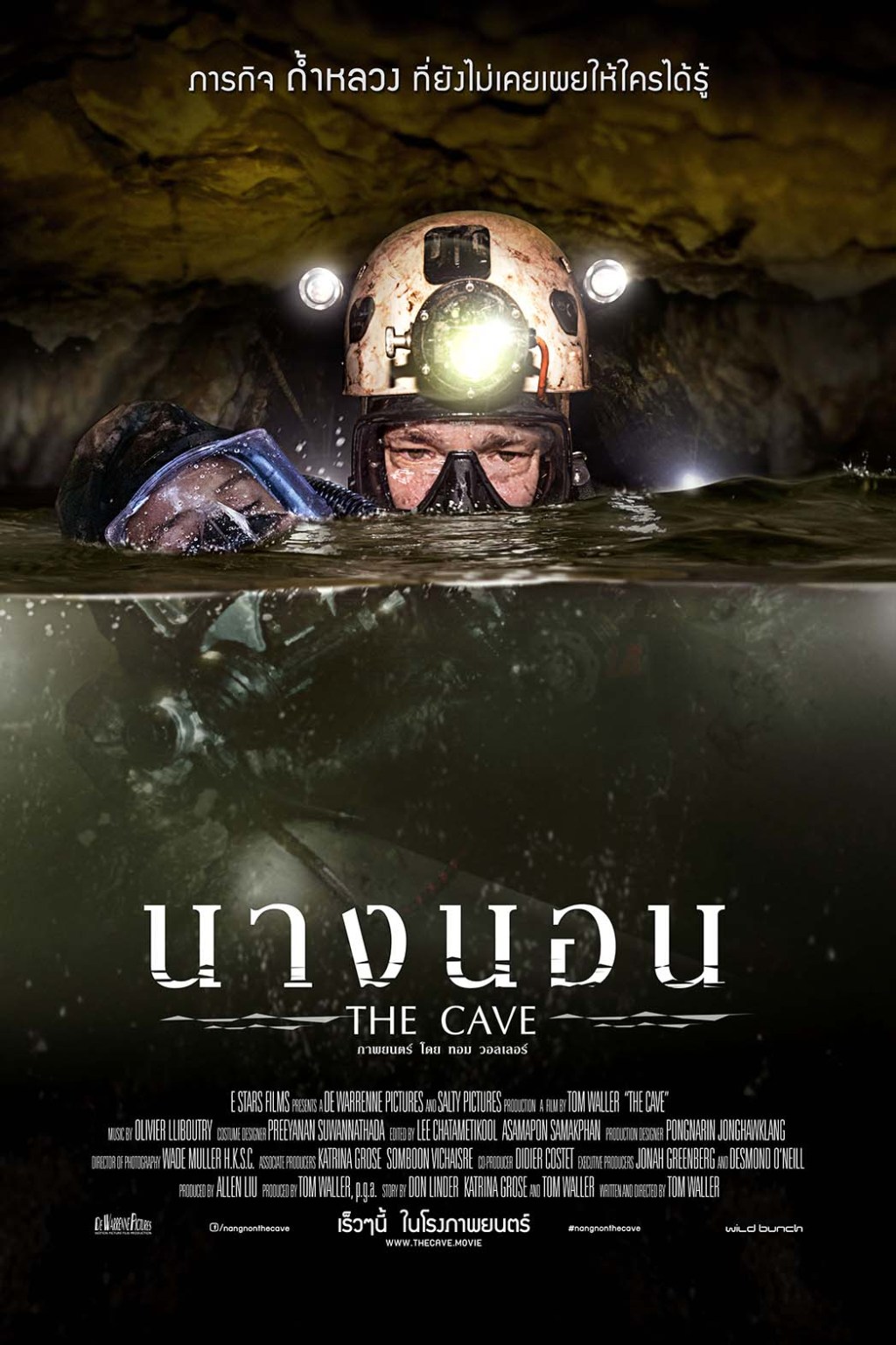