In January, the Trump campaign turned heads when it released an ad depicting the President as Thanos, the villain from Avengers: Infinity War and Avengers: Endgame. Comic book writer and artist Jim Starlin, who created Thanos in the 1970s, was quick to decry the ad, noting the irony of the campaign equating Trump to the mass-murdering villain.

Eight months later, Starlin is unveiling a new villain, one who bears a striking resemblance to the commander in chief. King Plunddo Tram will appear in the pages of Starlin’s Dreadstar Returns, a crowdfunded graphic novel that raised $136,000 and marks the creator’s return to the Dreadstar mythos for the first time in 30 years. It is aiming to launch later this year.

“Like most everybody else, at the beginning I was giving [Trump] the benefit of the doubt, hoping he would grow into the job, and he hasn’t,” Starlin tells The Hollywood Reporter.

The comics creator already had major issues with the President due to policies such as separating children from their parents at the U.S. border. Then the Endgame ad arrived, adding further impetus to introduce Plunddo Tram (an anagram of Donald Trump). When COVID-19 ravaged the country, Starlin was unimpressed by Trump’s response, so he tweaked the character even further.

“I actually went back to rewrite the script around those pages, because king Plunddo Tram wasn’t quite as despicable as I wanted him to be,” says Starlin. “I went back and got worse with it.” 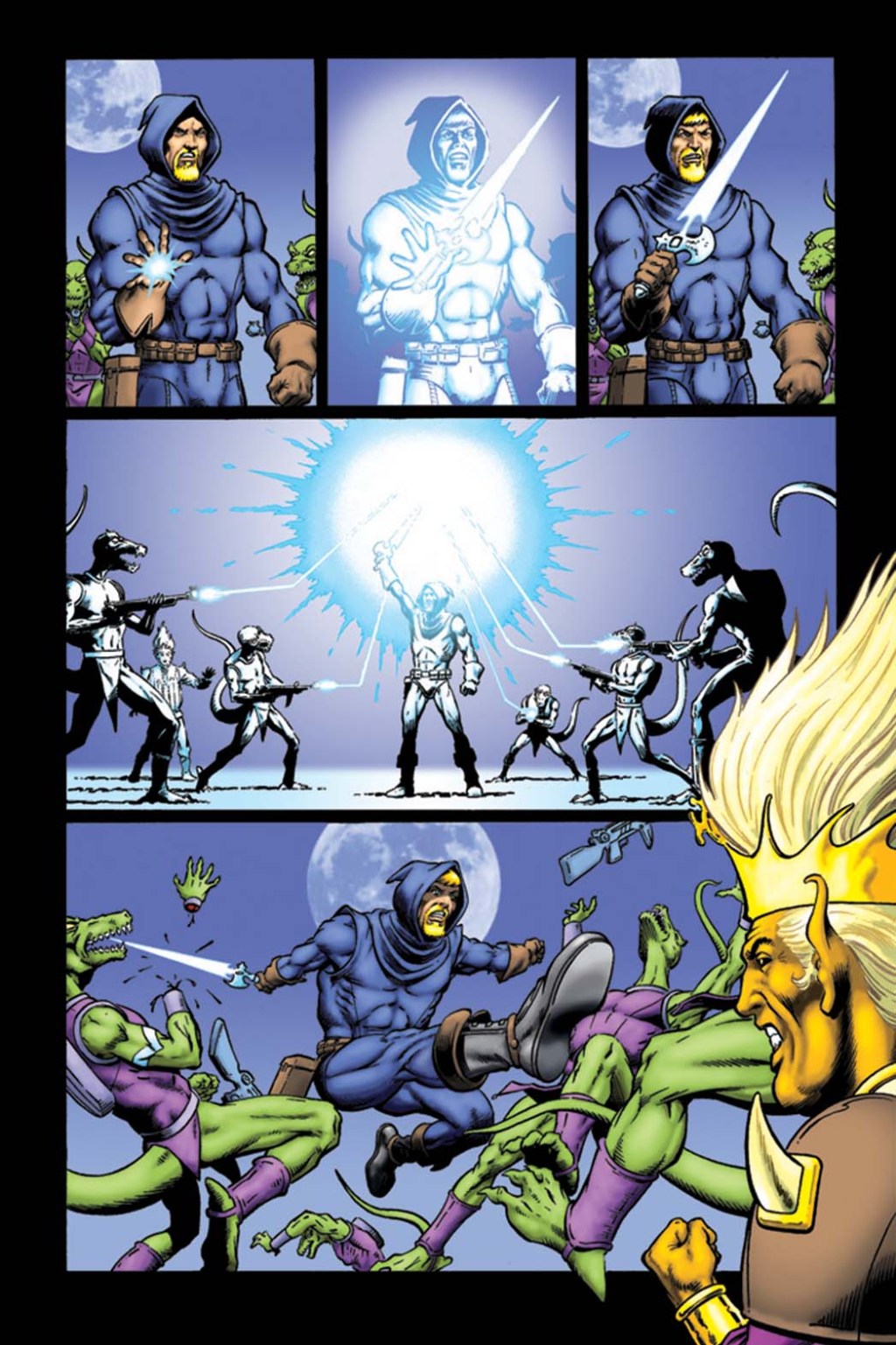 The graphic novel includes a drawing of King Plunddo Tram’s head on a pike, an image that is reminiscent of a 2017 photoshoot of comic Kathy Griffin holding a bloody faux Trump head. The photo saw Griffin face an intense backlash and come under investigation from the Secret Service, which wanted to determine if she was a threat to the President.

Starlin is unsure of how people will respond to his art, but he notes it comes at a different time than Griffin’s stunt.

“It was his first six months. He clearly was just barely qualifying as human, let alone a good president,” says Starlin. “But everyone wanted to give him a break, so she took a lot of crap about that at the time.”

Starlin is donating money to Democratic nominee Joe Biden’s campaign and is supporting candidates running against Senate Majority Leader Mitch McConnell and South Carolina Sen. Lindsey Graham, a strong ally of the President’s. He also plans to volunteer to drive people to the polls in New York, where he lives.

Though the creator did not appreciate the Trump campaign’s Endgame parody earlier this year, he enjoyed The Late Show retooling a scene from the movie for its coverage of last week’s Democratic National Convention. He got a particular kick out of seeing Vermont Sen. Bernie Sanders’ head on another one of his creations, Drax the Destroyer.

Says Starlin of his potentially controversial drawings as the Nov. 3 election approaches: “I think all gloves should be taken off at that point, and anything is fair game.”