Whether it’s the supernatural horror of Preacher or the superhero parody of The Boys, Garth Ennis has been a comic book writer whose work tends to touch a nerve in his audience even as he moves between genres. For his latest project, Marjorie Finnegan, he’s moving in a more sci-fi direction, but he remains as iconoclastic as ever.

The eight-issue series from indie publisher Artists, Writers & Artisans, is co-created with artist Goran Sudzuka, who has previously worked with Ennis on crime drama A Walk Through Hell, with colorist Miroslav Mrva also attached.

“Every few years, Garth creates a game-changing story that locates the pulse of popular culture and slices it open: Preacher, his reinvention of The Punisher, The Boys,” AWA chief creative officer Axel Alonso told The Hollywood Reporter. “Marjorie Finnegan is his next masterpiece, a hard-charging, sci-fi romp, featuring a lovably flawed protagonist, perfectly realized with co-creators Goran Sudzuka and Miroslav Mrva.”

Lindsay Lohan Marries Businessman Bader Shammas: "Every Woman Should Feel Like This"

As to the story inside the series, Ennis was only too happy to tease.

“This is my own spin on the time travel tale, with a twist or two that occurred while I was thinking about the conundrums that temporal mischief can inspire,” Ennis said. “It’s got Marj herself, a fun-lovin’ gal who should be fine as long as she doesn’t slow down long enough to notice the chaos she’s causing, a villain so evil he looks like Satan, another one who started making trouble back in the womb, a guy who’s just a head, and dinosaurs. Really, it’s hard to go wrong with dinosaurs. Especially smart ones. But just in case, let’s throw in a time cop with a malfunctioning sex toy as well…”

“I’m immensely excited to be working with Garth again, especially because it’s happening under the umbrella of a publisher such as AWA who is bringing a much-needed fresh approach to the American comics,” said Goran Suzuka. “Everybody at AWA [have been] unbelievably supportive during this challenging period in which we’re doing this book and it started right off, when they greenlit my suggestion to bring on Miroslav Mrva as colorist to our book. I worked with him on numerous books before and I was certain he’s the perfect match to my new approach. Unlike my previous work, the pages I’m doing now are much more straight line art, with not much blacks, so his part of the job is more important than ever and he raised up to the challenge.”

Mrva added, “A funny and very dynamic story like this one has a whole variety of moods that I’m trying to capture in color. And that gives me the opportunity to try out different approaches and have fun too. I hope readers will get the same thrill while reading as I have when coloring it.”

Marjorie Finnegan will debut digitally and in print May 5. Look below for the two covers to the first issue from Andy Clarke and Mike Deodato, as well as interior artwork from Suzuka and Mrva. 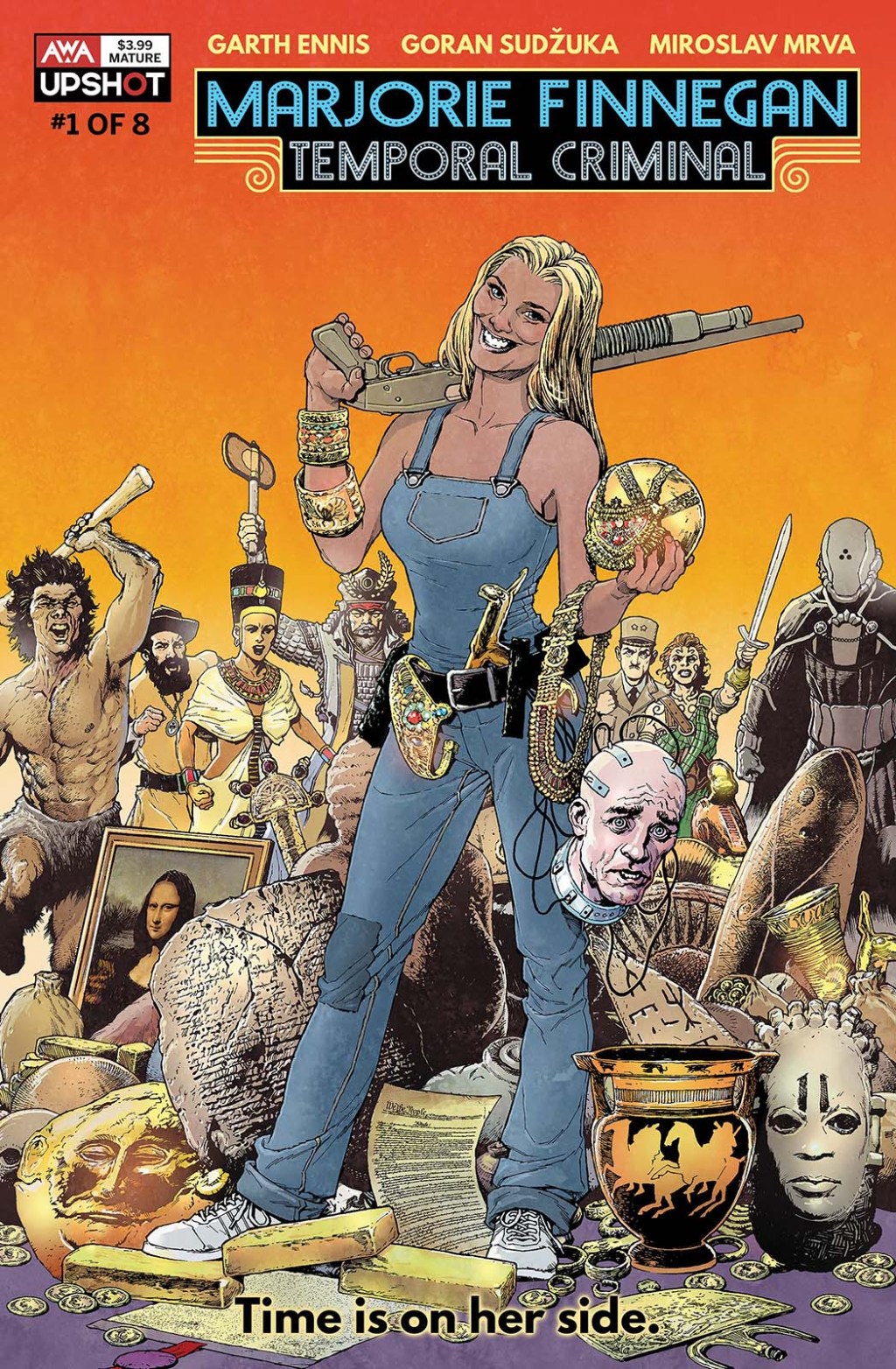 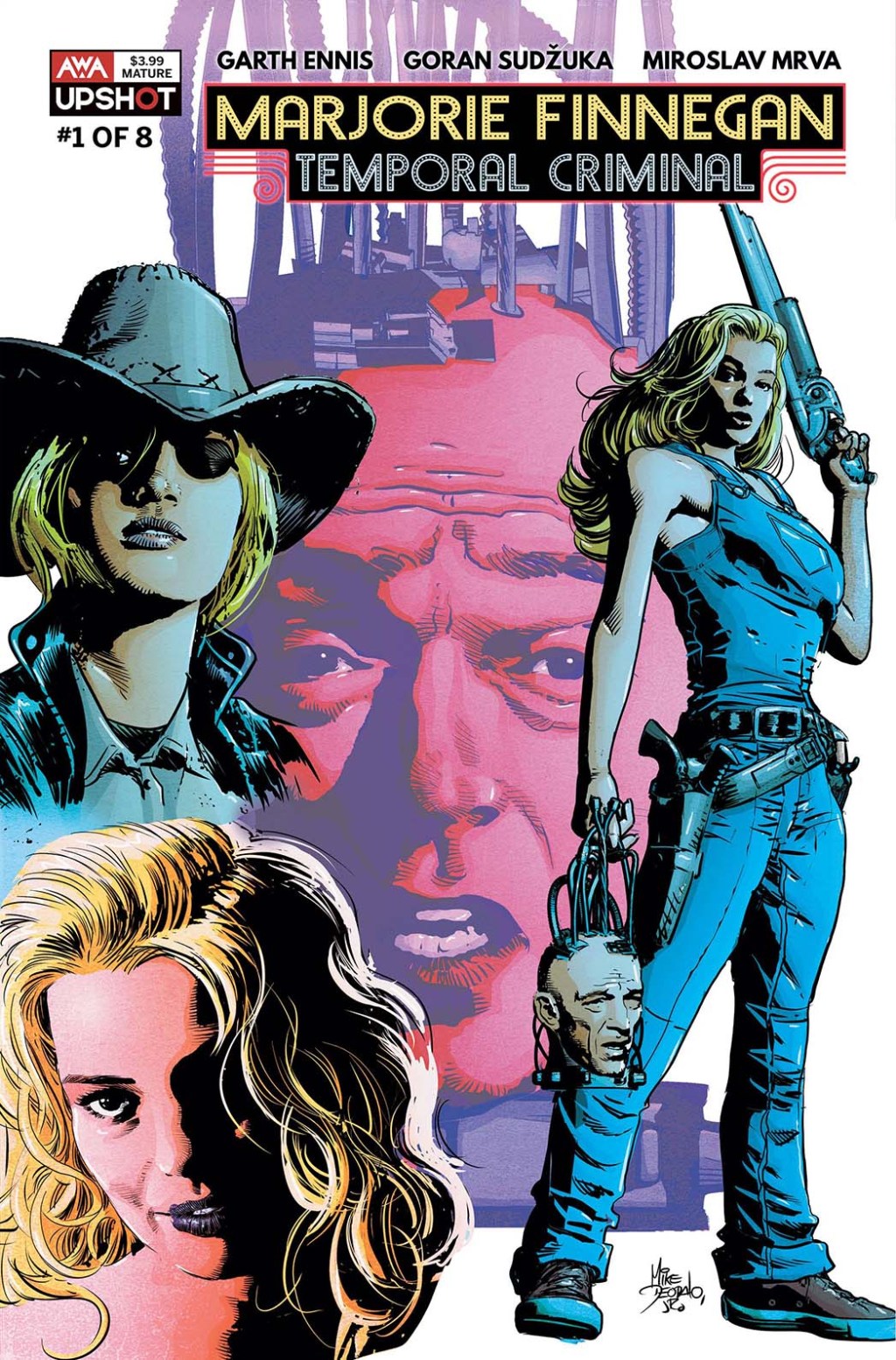 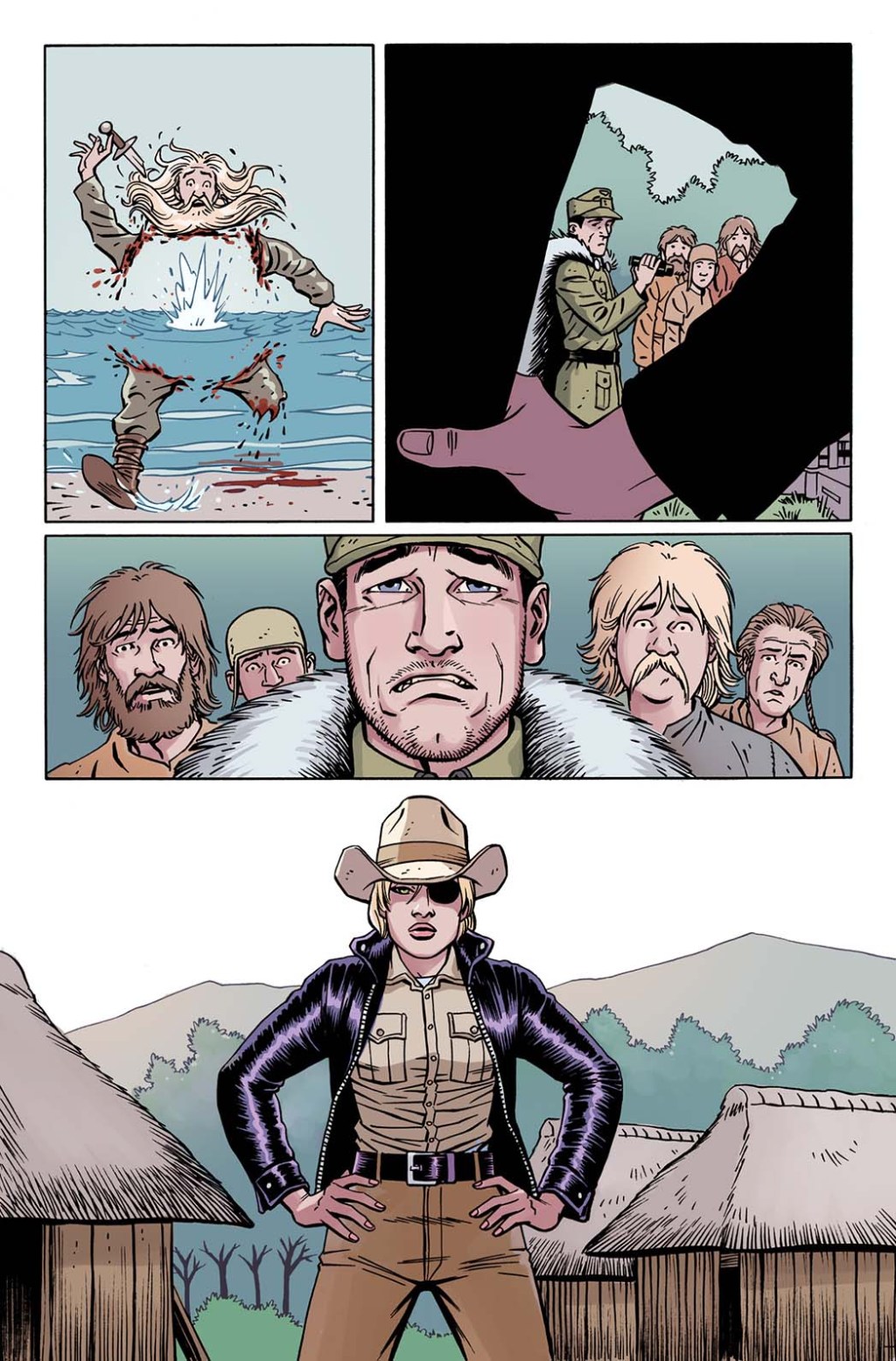 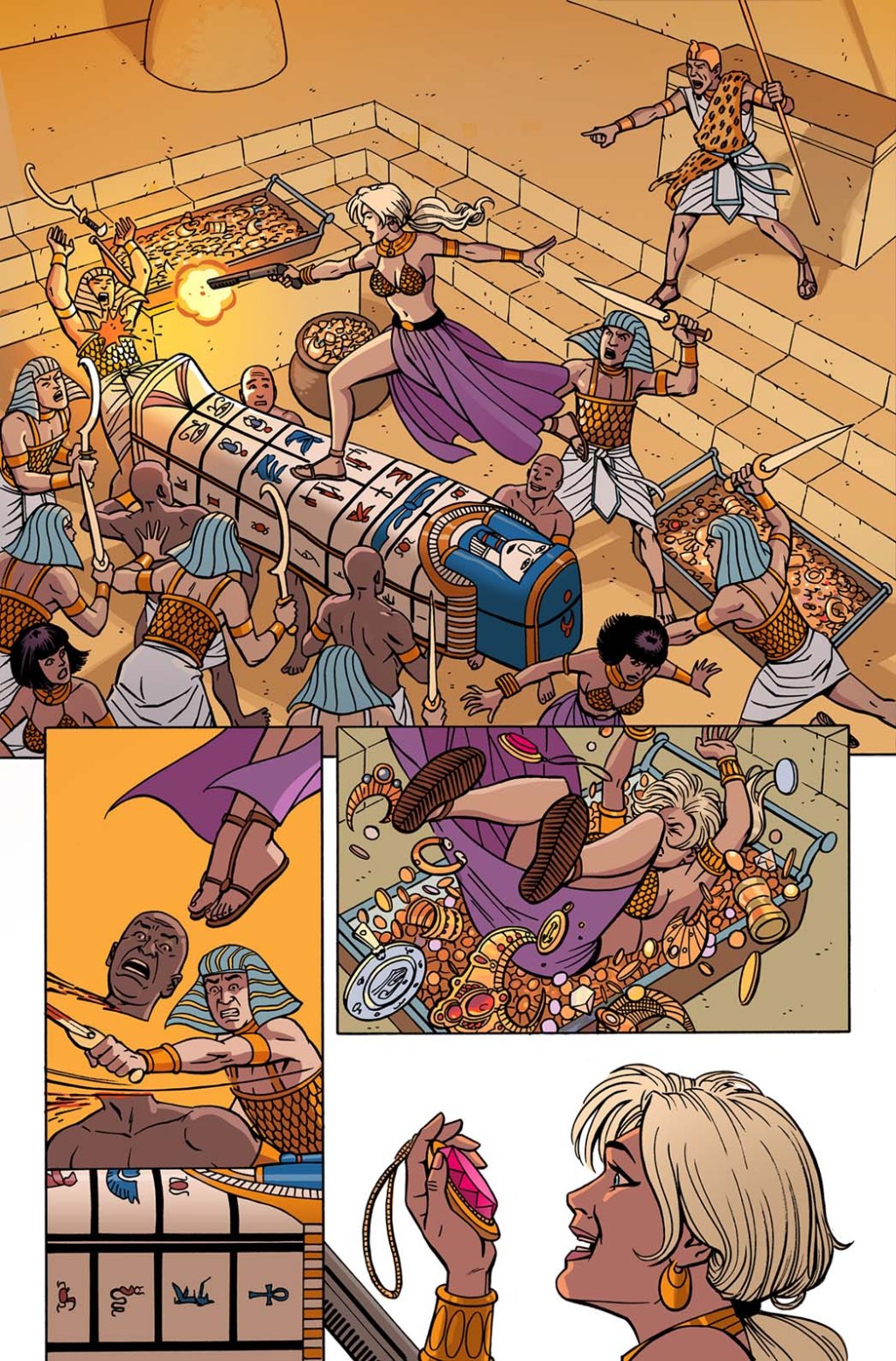 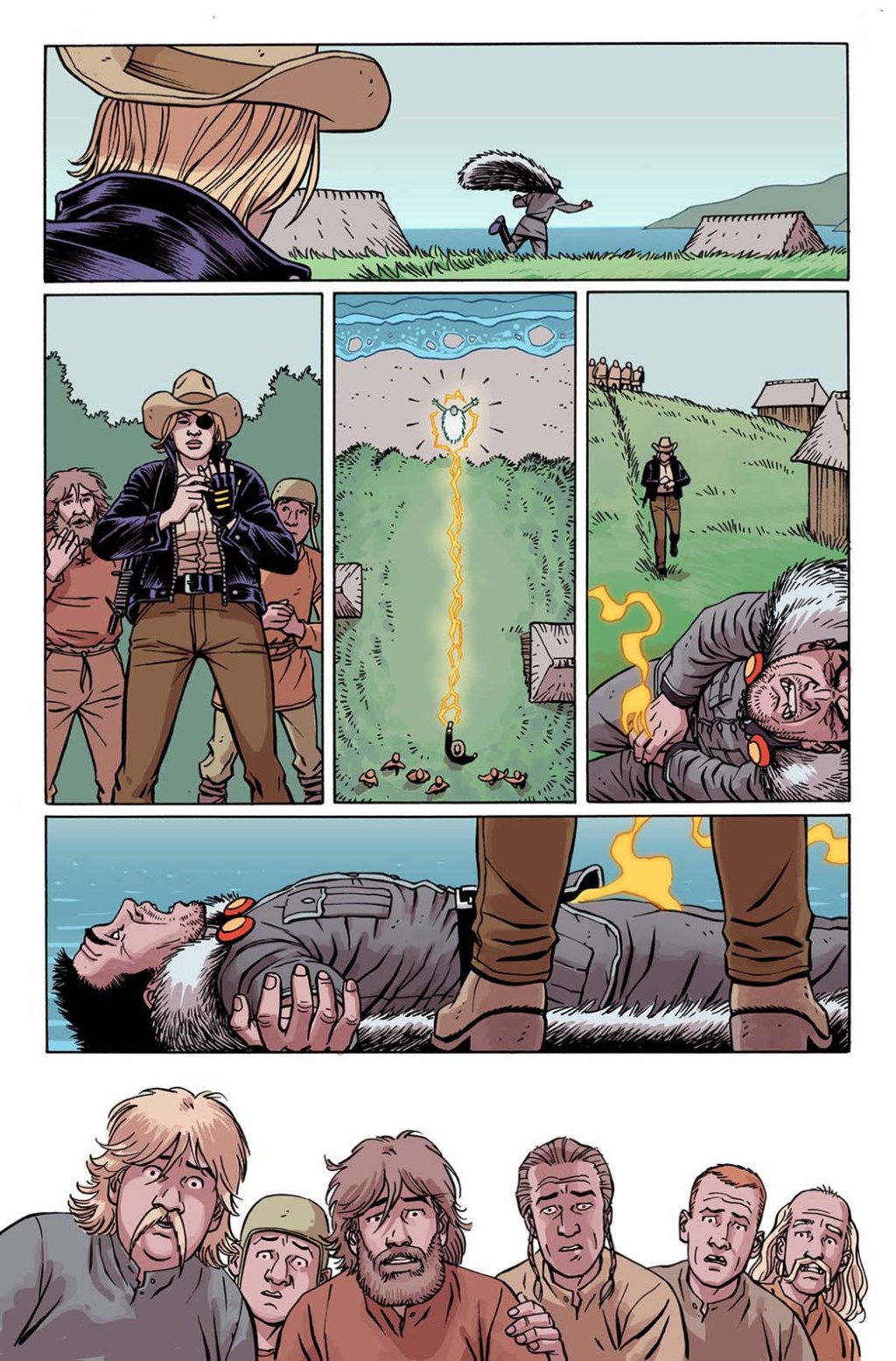 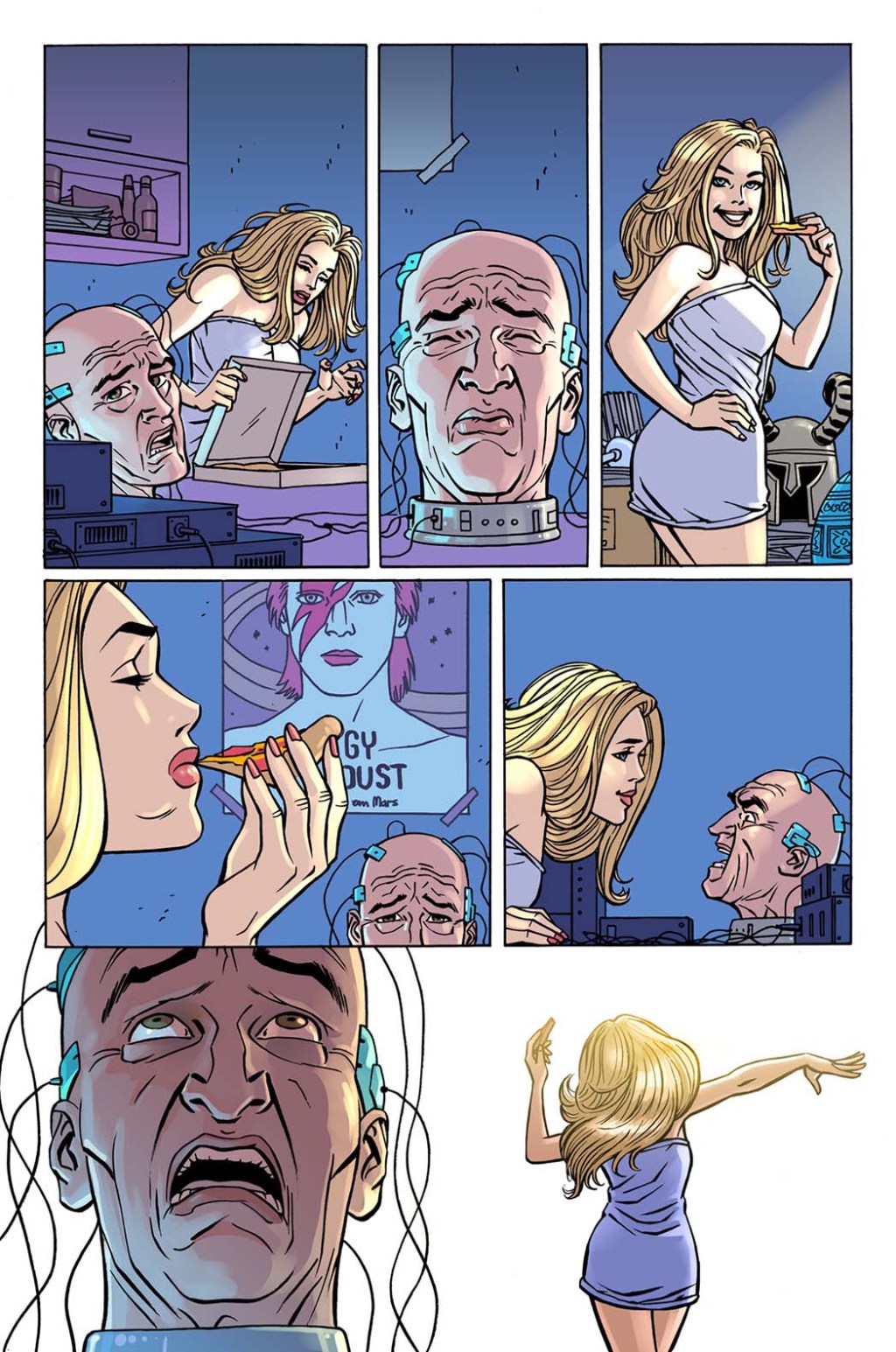