Continue to The Hollywood Reporter SKIP AD
You will be redirected back to your article in seconds
Skip to main content
February 24, 2021 8:00am

Kourosh Ahari’s psychological horror film The Night is making history by becoming the first U.S.-produced film to achieve a wide theatrical release in Iran since the country’s 1979 revolution.

With movie theaters starting to reopen in Iran amid the novel coronavirus pandemic and just ahead of the country’s New Year (Nowruz), Ahari’s debut feature is set for a wide theatrical release in the country on Feb. 24 through Mammoth Pictures and Ayat Film Company. The film originally attained a license for theatrical release last July. IFC Midnight oversaw the film’s successful North American release in January.

Ahari recently spoke with The Hollywood Reporter about how meaningful it was for the story to remain intact between The Night‘s Iranian and American release — an often difficult feat, as Iran has strict guidelines for what can be released to moviegoers.

Before an Iranian-produced film can begin, a screenplay must be submitted to the examination commission at the Ministry of Culture and Islamic Guidance. Following filming, the project is examined once more to ensure all regulations were followed. Such censorship has received backlash from Iranian filmmakers including Asghar Farhadi (A Separation), Mohammad Rasoulof (There Is No Evil) and Rakhshan Bani Etemad (Under the Skin of the City). The Night, which was a U.S. and Iran co-production, received its permit before the Trump administration’s new sanctions on Iran at the end of 2018.

“The movie that we’re going to be releasing the U.S., there is no single frame that is different than the one released in Iran,” Ahari told THR. “I wanted to make that happen and encourage Iranian filmmakers, while they should tell their story and care about it, there’s times where you can still make films and release it in Iran.”

Alongside its noteworthy theatrical release in Iran,  The Night is also a celebration of Iranian talent being a U.S.-Iran co-production featuring primarily Iranian or Iranian-American creatives with both Farsi and English spoken throughout the film.

Shahab Hosseini (A Separation, The Salesman) and Niousha Jafarian (Here and Now, Stitchers) star in the film as a couple staying overnight in a hotel filled with disturbing phenomena that force them to reckon with their past. As a horror film, The Night is a fresh addition to a fairly niche genre for Iranian filmmakers (other well-known titles being Babak Anvari’s psych-horror Under the Shadow and Shahram Mokri’s slasher Fish & Cat).

Alongside the North American and Iranian theatrical releases, The Night will be available for UK audiences through Vertigo Releasing on April 2 after premiering as the opening night film at Grimmfest. The film will be released in more countries later this year. 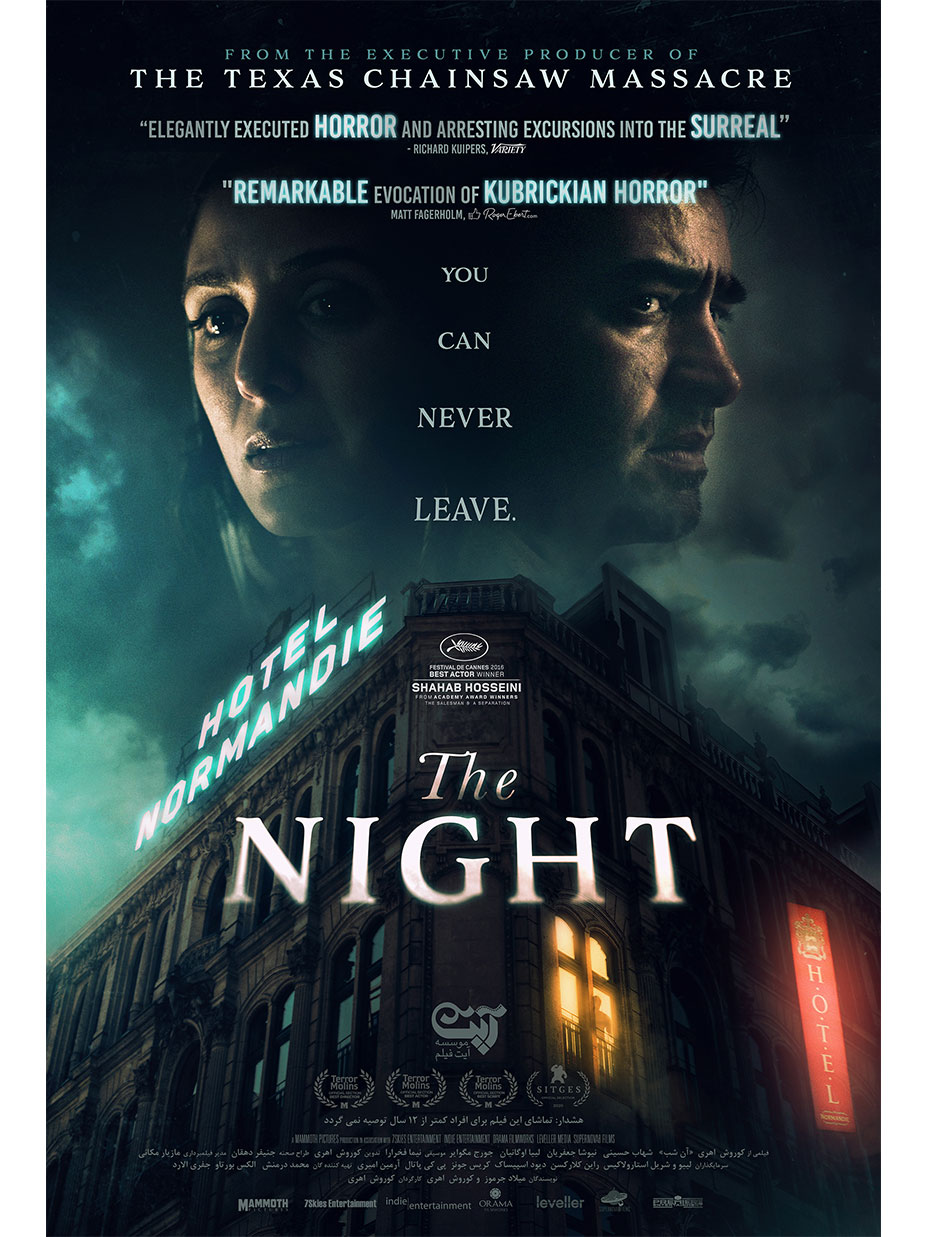