Thor: Ragnarok did not shy away from its name.

The film sought to re-invent Chris Hemsworth’s god of thunder, and made some of the boldest choices of any Marvel Studios film to date.

It’s biggest move? In the final moments, Thor realizes the only way he can defeat his sister Hela (Cate Blanchett) is to allow Ragnarok to occur and get his people to safety on a spaceship. The fire demon Surtur destroys, but as Thor learns, Asgard isn’t a place, it’s a people.

Screenwriter Eric Pearson, who shares screenwriting credits with Christopher Yost and Craig Kyle on the film, says the decision to go full Ragnarok was something he wanted from early in the process. And in a conversation with Heat Vision, he also discusses the Hulk vs. Thor fight moment that didn’t make it into the script, the amazing line Hemsworth came up with himself and how Ragnarok will spill into the next two Avengers films.

How early did you know you were going to actually destroy Asgard and they’d end up on a spaceship?

I forget exactly how that idea came up, but I remember bringing it up right at the beginning. One of the previous works had Asgard not really being destroyed, or being rebuilt or something. Well, it’s Ragnarok. That means apocalypse in Norse mythology. Don’t we get to blow it up? We really got to do it here, and I think we can’t be scared of it. The idea of making Thor a quasi-Noah figure … in getting everyone onto the ark to preserve them — I think I knew right from the beginning we had to do that. It was more about the tricky thing of making it Thor’s choice. It wasn’t that he just lost a huge battle. He learned something more about being a ruler that the people are the kingdom, not the space itself. As a king, as a selfless king, you’ve got to make sacrifices. We tried to present him with a no-win scenario, and he made the right choice to continue on the Asgardian lineage, as opposed to trying to punch his problems to death.

We know from Avengers: Infinity War footage from D23 and Comic-Con that Thor somehow ends up out in space without a spaceship and the Guardians of the Galaxy find him. Were you involved with the mid-credit scene with the spaceship, which is presumably Thanos‘, finding the Asgardians?

I wrote that one as well. I left Thor shooting in Australia early, because they flew me to Atlanta to help out [Avengers screenwriters Christopher] Markus and [Stephen] McFeely with Infinity War and untitled Avengers 4, which was totally awesome. I cannot say how excited I am and what an amazing job those guys are doing. I think they were just so crammed for time there, and I’d worked with them previously on Agent Carter, and just from being in Marvel, we knew each other. So I think they were comfortable with me coming in and whenever they are working on one, I was kind of keeping the other one moving forward. I do know what’s going on there, but I am terrified to say anything. Part of the reason we got sent over there is Ragnarok was so different than the other two, Hemsworth especially wanted to keep that continuity going for his character and his arc. I think also for [Mark] Ruffalo and Hulk, the stuff going on for them in the next two movies is some of my favorite.

You handled the baggage of the Marvel Universe well — from a play looking at Thor: The Dark World to jokes about how ridiculous Thor’s relationship with his hammer is. How did you handle that with humor and keep it from getting mean-spirited at all?

It was going back to the basic of, “I want this to be fun.” I had read Thor comics when I was younger, but it had been awhile. When you do a big download of reading a bunch of comics over a Christmas break, you go, “God these are insane. Look at the crazy stuff that is happening here.” If you try and take it too seriously, you are going to bore the audience or seem ridiculous yourself. I think that’s the key to that Thor. He’s in these crazy situations, and his interactions through them are really what allows us to tap into Hemsworth’s amazing comedic abilities. 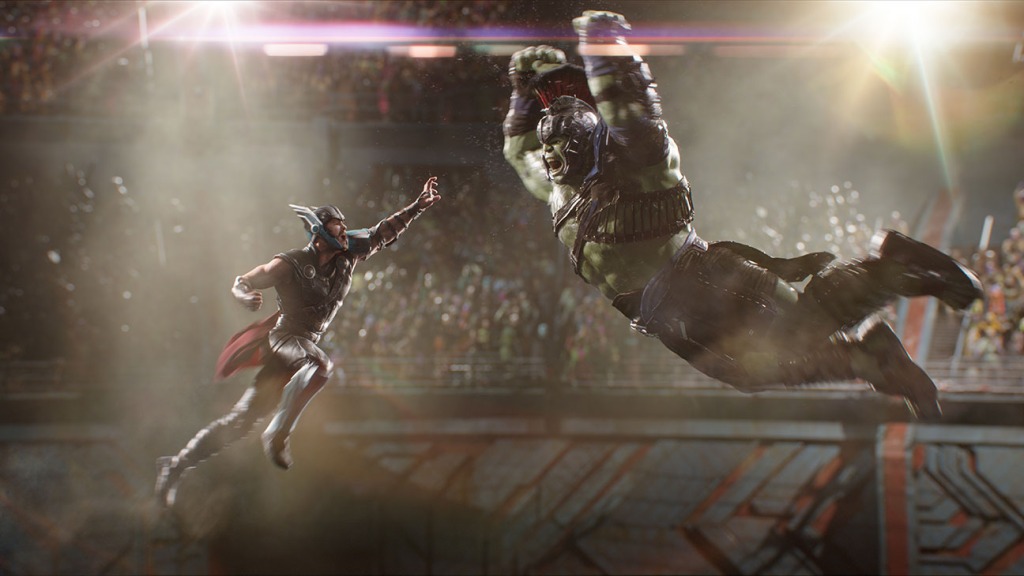 How did you craft the fight between Thor and Hulk? You know that’s one people were anticipating big time.

My one thing was from the beginning was “Loki is there, we need to do the Avengers smash.” “We need to do the whip back and forth.” That was my first goal going into it. If you have this opportunity to turn the tables, you’ve got to do it. First of all, that’s one of the best, funniest moments in the Avengers. I think it will play enjoyable anyway, and for people who are fans it will be such a fun callback. So that was my first move. The hardest thing ever was figuring out Thor’s reaction to seeing the Hulk. We went through ones where he was confused, where he was angry, where he was frightened. And finally coming up with the idea that he was excited — it was a godsend.

'Thor: Ragnarok' Writer on the Secret to Revitalizing a Franchise

And just figuring out how these two guys would fight — their specific moves — must have been challenging.

The choreography, I just wrote out some action beats I thought were good. I always armed them with a giant axe and a giant hammer, because I figured we could switch their weapons at some point. I just wanted to give the fight as many different dynamics as we could. Big jumping action, some hand-to-hand weapons stuff. Some hand-to-hand fist stuff. One thing that’s not totally in there that I would have loved was, I was thinking, “What could you do the Hulk that you couldn’t do to a normal person, because it would be too gruesome?” When Thor had him in a bit of a rear naked choke and Hulk was slamming him down, I wanted Thor to grab his eyelid and stretch it out. It probably was a bit too goofy, but I was trying to think of stuff that you could do with these max power guys that you couldn’t do in your regular fist fight.

Where did the line, “that’s in my brain now” come from when Thor sees Hulk naked?

“That’s in my brain now” is all Hemsworth. I give that to him.  And I think that the full naked Hulk too, I will regretfully give to Taika. I remember we get there and we’re blocking it and I say, “Wait, he’s going to get out? Won’t he be naked?” And he goes, “Yeah, that’s the point.” I mean obviously we are going to be PG-13. We might see a little bit of Hulk butt. It’s the kind of thing you don’t expect. That’s what a lot of people like about the movie is it’s very misleading and misdirecting about how it’s going to pay off things or how it’s going to make you laugh. There couldn’t be a better brain for that than Taika.

Any Marvel characters you would you love to tackle in the future?

When I was in the Marvel Writer’s Program, I came across The Hood. I think he only had like 12 issues, two trades at the time. He’s a street thug, he’s kind of like a thief, and he gets this hood. It looks kind of like a Doctor Strange cape, except with this sinister hood that darkens the eyes and goes over, and it gives him the ability to float or fly and be invisible. With those simple powers, in the comics at least, he completely assembles all the b-supervillains into a supervillain mafia. He’s the guy who is like, “Everyone of you were scientists or professors or whatever. I was born a criminal, that’s why I run this thing, that’s why we’re doing well.” I did a treatment for it back in the day, it would be one that would probably be better R-rated, which made it tougher, which is why they pulled me off and put me onto something else. I always thought that was one of the cooler, more recent Marvel comics, The Hood is just the real kind of anti-hero. He’s actually just straight up a villain, but of course he has redeeming qualities.

For more from Pearson, check out part one of our interview with him here. 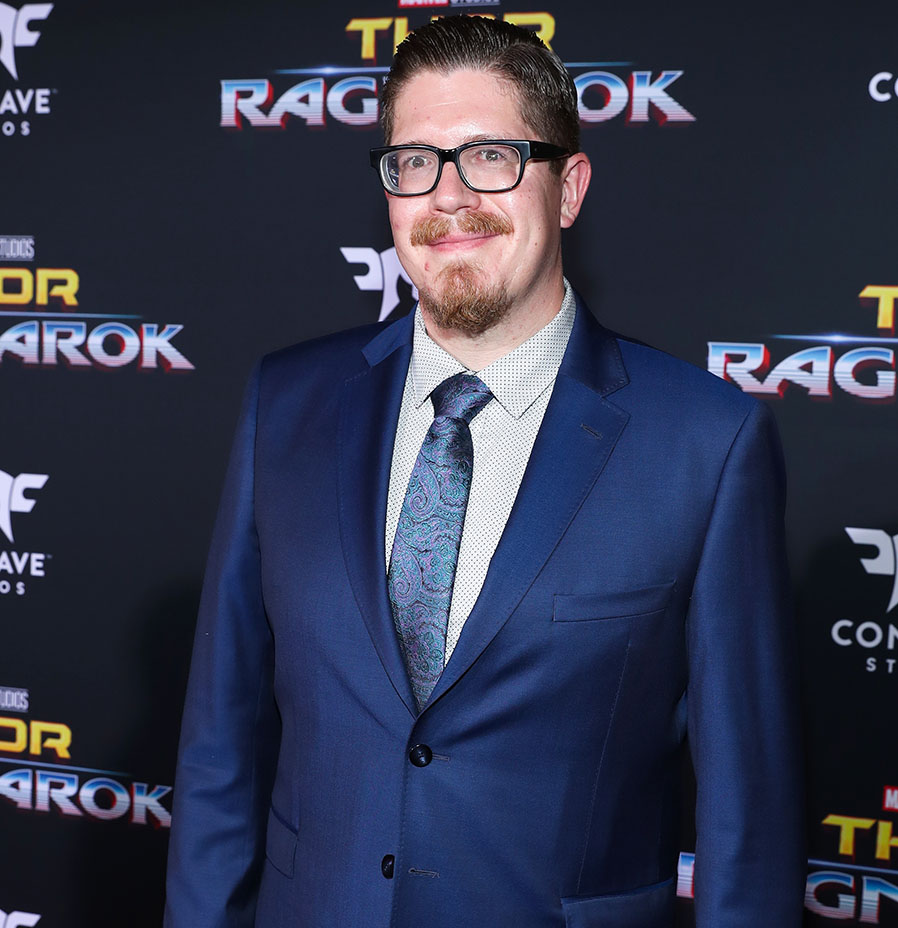 A24 Nabbing Sundance Horror Movie ‘Talk to Me’