Sure, the idea of a Frog Thor seems like a joke when it’s brought up in passing during Thor: Ragnarok. (At one point, it’s mentioned that Loki once turned his brother Thor into a frog.)

But fans of the comic book hero know that the reality is something very different — and that there’s not only been one Frog Thor in the decades since Marvel’s God of Thunder debuted in 1962, but two.

The first Frog Thor was, somewhat surprisingly, actually Thor. During the comic book run written and drawn by Walter Simonson — a four-year period that influences much of Ragnarok, particularly the Hela and Skurge threads — the God of Thunder becomes transformed into a frog as the result of a trick played by Loki. The writing is aware of how ridiculous the idea is — the cover for 1986’s Thor No. 364 calls it, “Possibly the most unusual Thor story ever published,” with that issue being titled, “Thor Croaks!” — but the four-issue storyline isn’t played for laughs … Well, not entirely. 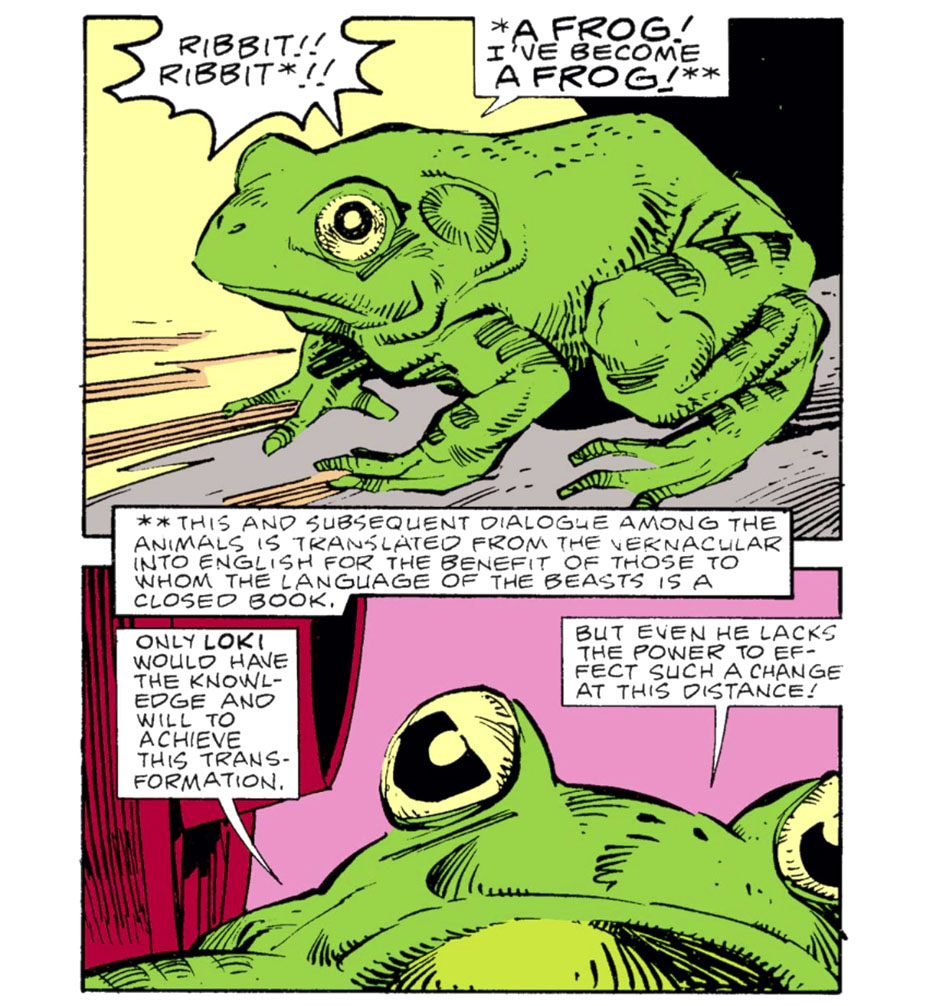 Instead, Simonson treated the whole thing as a thrilling anthropomorphic epic that just so happens to feature familiar animals in starring roles, creating a story that places as much emphasis on conflict between frogs and rats in New York City as it does gods at war in Asgard, to surprising effect. By the end of it as Thor was restored to human-like form, readers were convinced they’d seen the last of Frog Thor — and a little upset at the prospect.

Twenty-three years after the first story with a Frog of Thunder, those fans got a second chance to enjoy a Frog with a hammer. In 2009, Marvel published Lockjaw and the Pet Avengers, which followed in an impressively long tradition of animal-only superteams (DC has both Captain Carrot & The Zoo Crew and the Legion of Super-Pets, the latter of which first appeared all the way back in 1962). The four-issue Lockjaw and the Pet Avengers series introduced Throg, one of the frogs Thor had fought beside during his own amphibian experience who, it turned out, later used a sliver of the Thunder God’s hammer to become a godlike being in his own right. 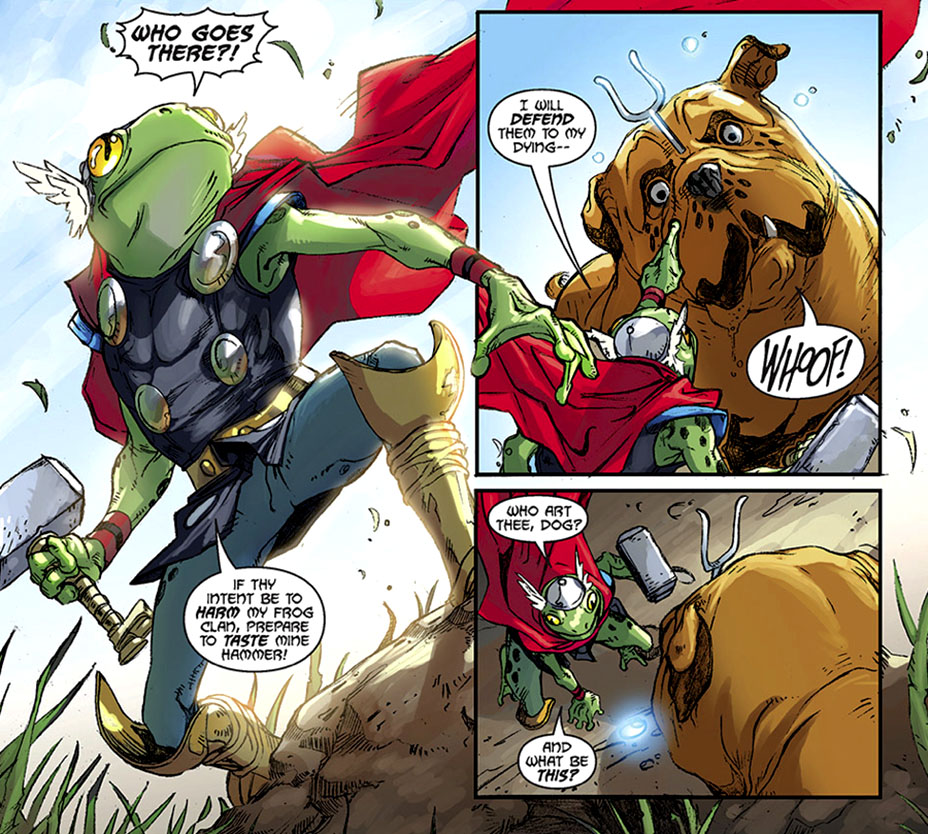 Throg has had a surprising career to date. Not only did he appear in multiple Pet Avengers comic book series — there were four in total, culminating in 2010’s Avengers vs. Pet Avengers, because who doesn’t want to see humans beating up animals? — but he showed up as a guest in multiple series relating to 2015’s reality-warring Secret Wars storyline, apparently proving that you can’t keep a good frog down.

While the tease of a cinematic Frog Thor is likely just that — a tease — fans can only hope that, now that the idea of seeing Throg or something similar onscreen has hit the mainstream subconscious, it’s only a matter of time before Marvel announces a Frog Thor movie. Or, at the very least, a Disney XD animated series. It’s been too long spent without one.