The thinking behind China’s upstart Pingyao International Film Festival was that it would provide a window through which Chinese audiences could view a little art house fare from around the globe. But the event also was always going to lean toward the locals.

For the Chinese industry — as much as for the international film world — Pingyao now provides an invaluable platform for nascent talent from the country to get their work seen, and discussed.

As the third edition of the event was drawing to a close, The Hollywood Reporter sat down with three of the week’s most buzzed about young talents to discuss their deeply personal work and some of the experiences that formed them.

Zhou Sun started her creative life as a painter but found her focus was soon shifting from what was “outside” to what was “within.”

“I started to become more interested in the human condition,” she says. “Life as a painter is often focused only on what is external, but I started reading more about psychology and thinking about my own feelings, and the more films I watched the more I realized that cinema is a way we can explore more fully what we feel.”

After finishing art college back home in Jinggangshan, in central Jianxi province, Zhou was drawn to Beijing and the Chinese capital’s thriving artistic scene. She ended up in the online gaming world, turning her artistic talent to character design. While her colleagues immersed themselves in the worlds of make believe, as during her early days as an artist, Zhou kept thinking there might be something more to her creative life.

Zhou ended up at the prestigious Beijing Film Academy and — after a one-year bridging course — the study of directing turned her world around.

“So many famous and great filmmakers have been there, and the atmosphere among the students is so creative,” says the now 37-year-old. “It felt like I had found my home. You are surrounded by so many different types of characters.”

Zhou’s feature debut Summer if the Coolest Season had its world premiere at PYIFF last week, screening as part of the Crouching Tigers program. The film picks up on the after effects of a murder and how a teenage girl is forced to make her own way in life.

No lesser light that veteran director Guan Hu — stalwart of China’s “Sixth Generation” of filmmakers and behind the box office hit Mr Six — has been voicing his praises in Pingyao this week for Zhou’s “honesty and integrity.” The festival’s artistic director Marco Muller also shared with THR his enthusiasm for Summer if the Coolest Season.

“This is a rather small film,” Zhou says. “It’s about how people deal with that feeling of being trapped in their life. The theme can be found in any genre in any country and I hope it is familiar to audiences everywhere.” 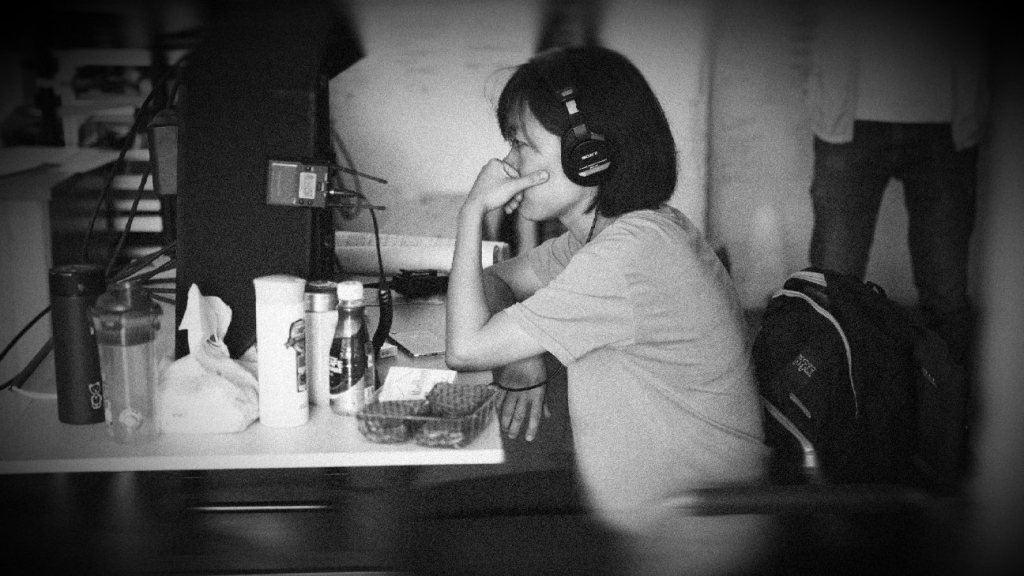 It was only when Tang Yongkang sat down and actually did the math that he realized how much he’d spent on becoming a director. Turns out it was more money than the entire budget of his debut feature.

“It really made me think,” says the 35-year-old. “It had taken me a very long time to get into film. To put myself through school and to make my first short cost me RMB 1.5 million (about $215,000). So I had better make this career work.”

Fate already seems to be on Tang’s side, along with the important figure of auteur Jia Zhangke. The two were first connected simply through the simple fact that Tang named his fist short Tender is the Night.

“Jia had written a script before he had even made a film and it was called Tender is the Night, so he thought this was karma,” says Tang. But by then Tang’s journey had taken him from the coastal city of Rizhao in eastern Shandong province to detours through the study of art history and then painting. “But I was too restless for those two things. I found them boring,” he says. “I need to keep my mind working.”

It was once Tang had begun studying photography at the Communication University of Beijing that his path became clear. By chance he found himself working a dolly, helping national broadcaster CCTV cover the soccer tournament at the 2008 Beijing Olympics. “I guess I saw how photography can be used to tell stories,” he says. “That’s when I decided I wanted to make movies.”

But first Tang needed money to pay for further studies and a masters degree in direction back in Beijing, and to support himself. Two things then drew him to China’s northern Shanxi Province. He’d heard people were cashed up from the coal industry, and he also knew that it was the hometown of Jia, who was actively helping emerging filmmakers.

“I set up a business teaching photography,” Tang says. “Then I did my studies and I started making short films and I put everything I had — every cent — into my graduation project in the hope Jia might notice it.”

Its title made sure of that. Now Tang has seen his debut feature Walking in the Darkness screen at his hero’s own film festival, under Pingyao’s Hidden Dragons section. It’s a quietly creepy tale of what a broken-hearted man needs to go through on the way to redemption.

“So far I have found with my films that some people love them, some people hate them,” Tang says. “There is no middle way. But I love this. As long as I make the audience feel something, I am happy.” 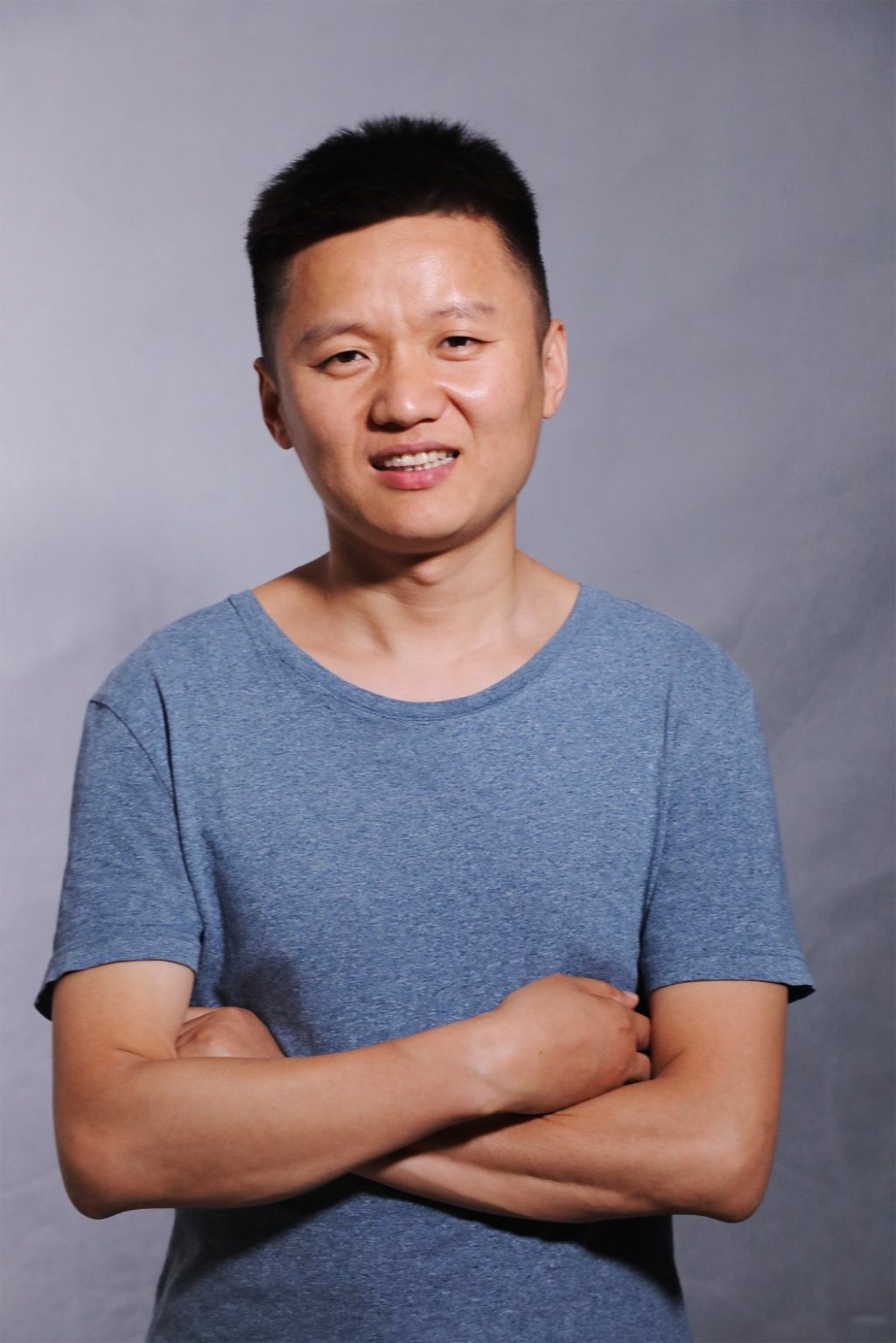 There’s a secret that Sun Aoqian wants to share with the world. As a young man he was prepared to risk everything in order to watch movies. “I grew up in a very small town with only one cinema,” says Sun. “They only played propaganda style films so I would sneak into the local internet cafes to watch [pirated] films from all over the world, even though I was underage and it was totally illegal. One day the police found me and this could have been big trouble.”

Luckily for Sun, rather than a hefty fine or even detention there was only a warning issued and his passion for cinema was free to burn. Born into a family of farmers in northeast China’s Yingkou, the constant stream of variety shows that beamed into the family television got Sun’s parents thinking that a career as an MC might be their son’s avenue to fame and fortune. Sun had other ideas.

“They thought a TV host was glamorous, but once I saw [Sergio Leone’s] Once Upon a Time in America I knew I wanted to make films,” Sun says. “I just watched every single film that I could, of every genre and from every country.”

The now 27-year-old worked his way through a BA in drama, film and television direction at Beijing’s Communication University of China before his fist short — Xiao Nan — was picked up by the Shanghai International Film Festival in 2014.

Sun’s first feature is the coming-of-age drama Over the Sea, which follows the journey a young boy with big dreams of a better life. It was selected as part of the field for the Busan International Film Festival’s main New Currents award this year, before coming to Pingyao for its local premiere on the Best of the Fest card.

Sun’s promise has caught the attention (and, later, the financial backing) of Hong Kong impresario Bill Kong, CEO of Edko Films and producer of such Chinese-language classics as the Oscar-winning Crouching Tiger, Hidden Dragon and Hero.

“I want to make commercial films, action films even triad films,” Sun says. “But I want to learn first by doing more personal films where I can reflect more on my life and the stories that I have heard and the things that I have seen growing up in the north of China. As a first-time filmmaker meeting the audience here in Pingyao and answering their questions has inspired me. It’s given me confidence but also shown me how much I have to learn.”