The Three Little Stooges Movie has found its Larry, Moe and Curly.

The comedic family film, from Three Little Stooges Productions in conjunction with C3 Entertainment, which owns the Three Stooges brand, centers on the trio of beloved characters as 12- and 13-year-olds.

Liam Dow has been cast as Little Larry, Gordy De StJeor as Little Moe, and Luke Clark as Little Curly. This is the first leading role in a feature film for all three. Casting directors Joey Paul Jensen CSA and Niner Parikh (Camp Cook Kids, Soul Surfer, That’s So Raven) conducted a nationwide search to find the trio.

The screenplay for the live-action film was written by Harris Goldberg (Deuce Bigalow: Male Gigolo, The Master of Disguise), with Sean McNamara (Even Stevens, Spare Parts, Soul Surfer) eyed to direct. International sales agent The Exchange has signed on for foreign sales of the film, which is set to go into production in the fall.

'Armageddon Time,' 'Bones and All' Costume Designers on Bringing '80s Style Back to the Screen

In addition, the production team has launched a Reg CF campaign through First Democracy VC’s equity crowdfunding portal, which was formed through a partnership between MicroVentures and Indiegogo. Funds from the campaign, which is set to close later this summer, will be used to fund part of the production.

The Three Stooges have starred in more than 200 film shorts, feature films, TV and stage shows. The new movie follows C3 Entertainment’s 2012 film The Three Stooges Movie, from the Farrelly brothers and starring Sean Hayes, Will Sasso and Chris Diamantopoulos as the Stooges.

Dow, managed by Mark Robert, played Steve in the DreamWorks‘ web series OMG! Just Jacque and will appear in the upcoming teen comedy The Perfect Night.

De StJeor has appeared in numerous commercials, music videos, TV and films as a break-dancer, actor and musician. He is repped by The Savage Agency.

“Keeping Three Stooges’ legacy alive for new generations is vital for the franchise,” said Benjamin, CEO of C3. “We are excited to bring The Three Little Stooges to life to entertain kids, families and our global fan base.” 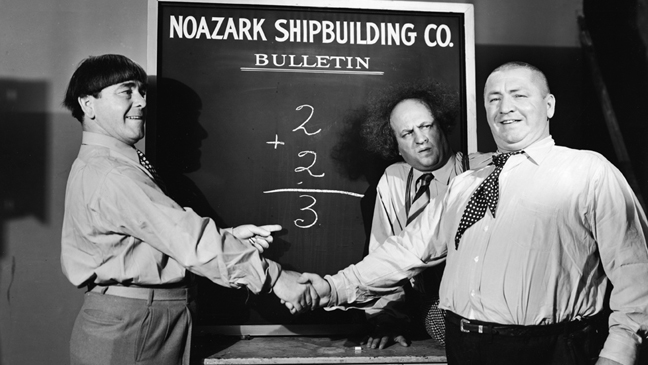