Since Girls Trip premiered in the summer of 2017, Tiffany Haddish has experienced a meteoric rise to fame thanks to her hilarious portrayal of Dina in the record-breaking box office hit, which also starred Regina Hall, Queen Latifah and Jada Pinkett Smith.

Though her performance eclipsed her co-stars’ — and her character’s outrageous one-liners are often quoted — Haddish was snubbed at this year’s Oscars, not even receiving a nomination. In a new cover story interview with W magazine, published on Thursday, the comedian opens up about how she overcame being overlooked.

“I could have been mad,” she says, noting that comedy is rarely acknowledged by the Academy, no matter the impact of a movie or one of its stars. Rather than get upset about the snub, Haddish says she kept her spirits up by laughing a lot — at herself, even — and watching videos of babies on YouTube.

“I would always rather try to be funny in any situation. Even when people are laughing at me in a mean way, I still feel some kind of healing from it. When I get super depressed, I’ll go on YouTube and look up ‘babies laughing’ just to change my mood,” she reveals. “Epic fails are funny too.”

Haddish goes on to say that failures, like being stiffed by the Academy, can pave the way for future success. “In failure there can be success. By that I mean you can learn what not to do. I find the funny in a lot of failures, because I’ve had enough of them,” she says. “But I am resilient: My soul is very determined.”

Elsewhere in the profile, the Last O.G. star — who once lived out of her car while struggling to make it in Hollywood — discusses her hesitant foray into high fashion as she acclimates to having more money in the bank.

“When I was shooting Girls Trip, I had a knockoff Michael Kors bag that said MLK instead of MK,” she says. “Jada told me that I shouldn’t have knockoff stuff. I told her that my philosophy is ‘Whatever the bag costs, I should be able to keep that amount of cash in the bag.’ If it’s a $300 purse, I have to put $300 in cash in that purse. I do not want a bag that is more expensive than the cash I have to put in it. Things are going good for me now, so I am graduating to your Fendis and your Guccis. But I better have the cash equivalent, or I’m not buying the purse.”

And if the checks ever stop coming, Haddish is fully prepared to resurrect her bootleg bags and accessories. “If things start to go wrong, I’m going right back to my knockoffs. When you’re somebody like me, who’s been homeless, clothes are not that important,” she says. “Clothes are not a roof over my head, food in my stomach, my family’s health — that’s what money is for. But fashion helps get more money. So, we ride.”

As for the designer duds she has splurged on, Haddish is making sure she gets her money’s worth. The Los Angeles native famously purchased a white Alexander McQueen gown to wear to the Girls Trip premiere, which she wore again to host Saturday Night Live and then a third time to present at the Academy Awards.

“Here’s the story of that dress: I hired a stylist for Girls Trip, and she said, ‘Girl, if you’re trying to make it to the next level in your career, you’re going to have to spend a little money.’ I said, ‘I’m down to look my best. Whatever it takes.'” Haddish recounts, “I should’ve known — wasn’t no price tag on that dress.”

She adds: “So I wear it for Girls Trip, and then they give me the receipt. When I saw the receipt, I cried. The dress was $4,122! So I’m wearing it multiple fucking times. I don’t care what nobody say — that’s a down payment on a car, that’s a medical bill. So even though everyone says I shouldn’t wear the dress in public again, I’m wearing it.” 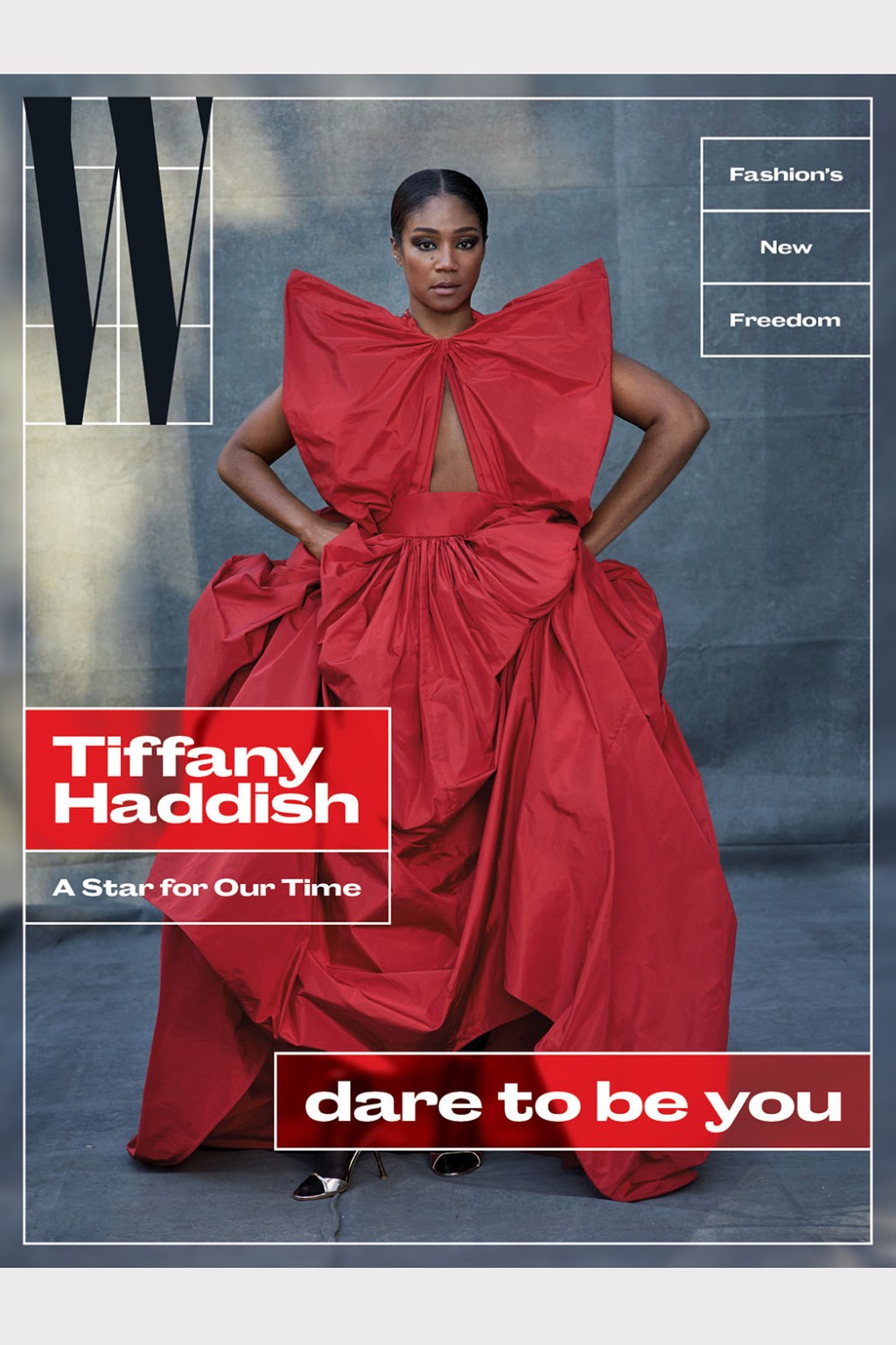