The Tokyo International Film Festival kicked off its 33rd edition Saturday with an abbreviated red carpet and a series of photo ops featuring Japanese stars separated by plexiglass dividers. Representatives of the global film community, meanwhile, including Robert De Niro, Christopher Nolan and Cannes Film Festival director Thierry Frémaux, beamed into the event via a series of video messages wishing the festival well amid the challenges of COVID-19.

Local film figures turned out in force for the opening ceremony, reflecting organizers’ determination to forge ahead with a grandly staged physical event despite the myriad health and safety restrictions that have made the 2020 festival a downsized, mostly domestic occasion.

“Since spring, we’ve been contemplating whether or not to hold the festival due to the pandemic,” said Tokyo’s festival chairman Hiroyasu Ando. “I’m deeply moved to see so many of you here today for our opening ceremony.”

Said Nolan, via video: “The fact that in these challenging times you’ve found a way to honor and enjoy watching films on the big screen is a source of inspiration to myself and other filmmakers around the world.”

Japan’s relative containment of COVID-19 has allowed organizers to carry on with an in-person program that would be unthinkable in much of the West at the present moment. On Sunday, Japan reported just 614 new cases of novel coronavirus infection, while the United States logged over 84,000 and England began preparations for another nationwide lockdown.

The Tokyo festival will screen 138 films this year, down from 180 in 2019. The selection also has been streamlined, with the new “Tokyo Premiere” section replacing the usual competition section and two other strands. For the first time in its history, the festival will award just one prize — an audience award — a response to the infeasibility of assembling an international jury within Japan. 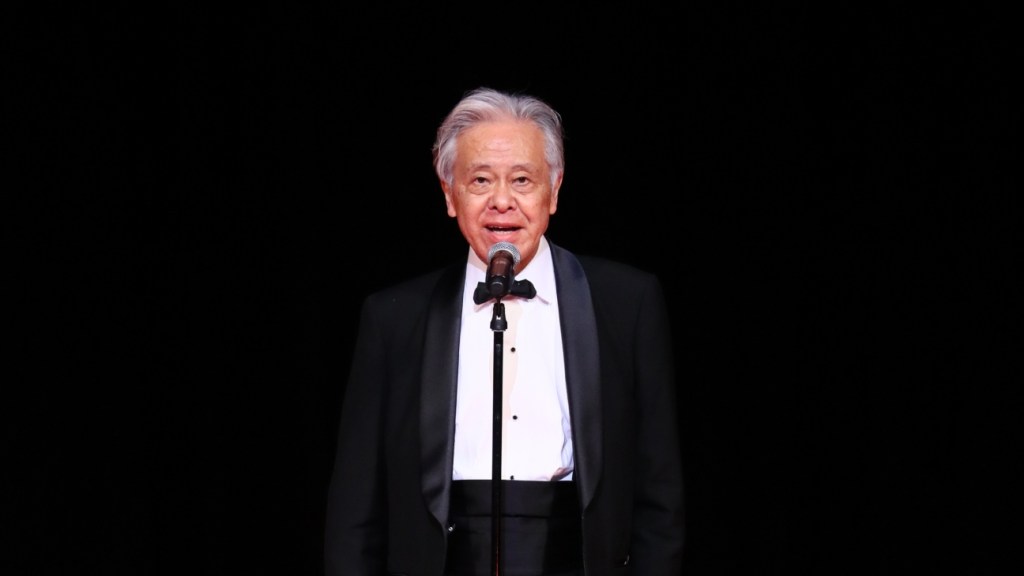 Just three foreign filmmakers whose works are premiering at the festival — Lim Kah Wai (Come and Go) and Edmund Yeo (Malu), both of Malaysia, and Singaporean director Liao Jiekai (Light of a Burning Moth) — were willing to make the trip to Japan and submit to the government’s mandatory two-week quarantine to be present for their film’s screenings.

The Tokyo festival’s kickoff has been made possible by the Japanese public’s growing comfort and willingness to return to cinemas. After a collective shut down in April and May, when Japan experienced its first wave of coronavirus infection, the exhibition industry has mounted a strong comeback. The recovery culminated on Oct. 16 with the release of blockbuster anime Demon Slayer, which has soared past $100 million over just two weekends — a record pace not only for the troubled year of 2020 but the fastest start of any film in Japanese box-office history. Many analysts believe the film could climb as high as $250 million in domestic earnings, which would place it among the top five top titles in Japan ever.

Following the Tokyo government’s guidance, which allowed cinemas nationwide to resume operating at full capacity on Sept. 19, the Tokyo festival will screen its selection with no reductions on seating capacity. Festivalgoers’ temperatures will be taken at the door, masks will be required and food will be banned in the theater — but drinks are allowed. The event says it is expecting many, if not most, screenings to sell out.

Aya Umezu, CEO of Tokyo-based movie marketing and data analysis firm Gem Partners, believes that the Japanese cinema industry’s rebound has hit the vital turning point where enough consumers feel comfortable returning to theaters that distributors feel confident in releasing their top films, which in turn draws more consumers back to theaters. Based on a consumer survey Gem Partners conducted on Oct. 10, over 80 percent of people who went to a cinema to see a movie said that they felt “safe” — “very safe” or “somewhat safe” — during their visit.

The only thing holding Japan’s exhibition sector back from a full recovery at this stage is the deleterious public health situation in North America, which has resulted in Hollywood postponing the global release of nearly all of its tentpoles for the remainder of 2020. “Half of the Japanese film market is also the ‘foreign film market,’ says Umezu, noting the huge slice of the Japan box office taken by U.S. films. “No matter how successful Japanese live-action films and animations are, if Hollywood films are not released, there will never be a real recovery,” she adds.

Tokyo’s festival chairman Ando put the local industry’s struggles in a stark historical light at the opening ceremony by invoking the legacy of Japanese master filmmaker Sadao Yamanaka, whose three surviving works from the 1930s the festival will be showing in lush 4K remastered versions. “Mr. Yamanaka was drafted into WWII, but he remained passionate about cinema until the moment he died on the battlefield. His work went on to inspire the likes of Yasujiro Ozu. We believe in the power of films, even in this difficult time, and we wanted to keep the beacon of cinema alight by holding this festival physically.”

Added acclaimed actor and festival ambassador, Koji Yakusho (Babel, The Third Murder): “I know that this festival will be quite different from usual, and we must all take precaution. But we can still have a really good time together. It’s wonderful to be able to see these films on the big screen.”

The festival opened with Masaharu Take’s boxing drama Underdog, starring Mirai Moriyama, Takumi Kitamura and Ryo Katsuji, and it will close Nov. 9 with the world premiere of director Hajime Hashimoto’s Hokusai, a biopic of the great Japanese ukiyo-e painter and printmaker.