“For 34 years you guys have been very patient with me and I felt it was my responsibility for me to deliver for you,” said Cruise after being introduced by Conan O’Brien. Cruise talked about filming the 1986 original in San Diego, adding that the the infamous barroom singing scene was filmed in a restaurant, Kansas City Barbeque, that is near the San Diego convention center.

The trailer opens with Cruise’s Maverick returning to the cockpit, speeding over salt flats, as voice over that says: “Despite your best efforts you refuse to die.” The spot sees Maverick and other pilots taking off from carriers, and tumbling over mountains and oceans.

“Everything you see in this film is very real,” said Cruise of the film’s airborne scenes and stunts to the Hall H crowd.

Maverick, the sequel to the 1986 film that made Cruise a global star, also stars Miles Teller, Jennifer Connelly, Glen Powell, Jon Hamm and original Top Gun actor Val Kilmer. The film is set in the present day — but has the feel of the ’80s project from late filmmaker Tony Scott. It follows fighter pilots as they deal with drone tech making their old style of flying obsolete.

Cruise made his first appearance at Comic-Con in 2013 to promote Edge of Tomorrow alongside Emily Blunt, and hadn’t been back since until now.

Jerry Bruckheimer is producing Maverick, along with Skydance’s David Ellison and Cruise. 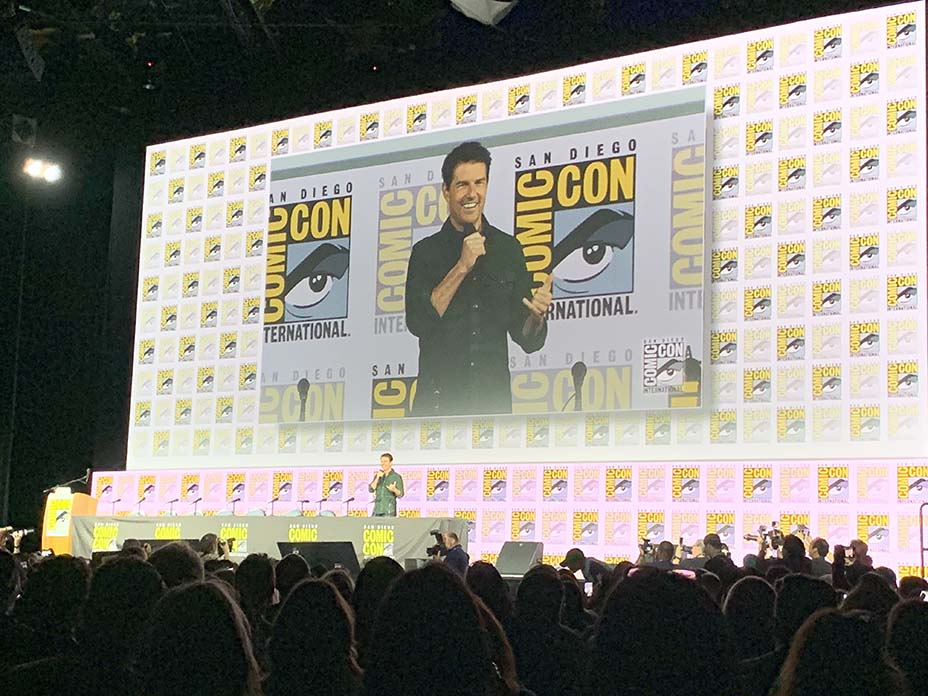