The story is familiar to everyone who has ever seen or read a superhero story: The good guys arrive, fight impossible odds and save the day. But at what cost? DC Entertainment’s upcoming series Heroes in Crisis, written by acclaimed Batman writer Tom King, investigates that subject in detail.

Talking during a press event at San Diego Comic-Con, King — flanked by series artists Clay Mann and Mitch Gerads — said Heroes in Crisis is a story that investigates the emotional cost of superheroing. The series, he said, is “about heroes who have to live through violence to save the world, and what that violence does to them. They make a sacrifice every time they go out to fight the bad guys. That sacrifice is at the heart of the series.”

He continued, “I want to speak about, and to, this New War generation, the millions of people who have fought bravely overseas and have come home to try to return to their normal lives. I want to talk about their hopes, their pains, their triumphs; I want to use DC’s heroes to tell their stories.”

Central to the series is Sanctuary, a secret retreat founded by Superman, Batman and Wonder Woman for traumatized superheroes that uses Kryptonian technology to provide therapy and closure to heroes as a result of their continued battles to save the day. When a mass murder happens within Sanctuary itself, the series becomes both a murder mystery and a story about whether it’s possible to return to the safety and security the location once offered.

“In that way, I’m writing about this moment in our history,” King explained. “We felt safe. We had security. Then something went horribly wrong. Is it possible to repair that? To fight that?”

The series will center around Booster Gold and Harley Quinn, both of whom King described as “survivors,” and both of whom are also suspects in the investigation into the deaths inside Sanctuary. The series launches Sept. 26.

King talked more to Heat Vision about what lies behind the series, and his desire to portray superheroes as flawed, complicated humans.

You told a story about Heroes in Crisis being, in part, inspired by your own breakdown and how you dealt with that; similarly, your Batman and Mister Miracle comics are seemingly fearless in discussing the vulnerability and weakness of these iconic characters. Is it fearless? Are you fighting an internal reticence to show the characters this way?

I don’t think I have a choice. What makes comics great, what draws me to the medium — I’ve written for television, I’ve written for novels — it sounds silly, but it’s the deadlines. There’s always another one coming, and you’ve got to meet that deadline. Because of that, you’ve got to strip away the fabrications of yourself to tell a good story. I have to come up with a new way for Batman to do something, a new way for Mister Miracle to do something, every week, a new thing. New ideas. The only way to do it is to cannibalize yourself and your own feelings.

To me, it’s like, there’s something vaudevillian about it, there’s something magical, improvisational about it, in that when you get in that situation you become more true. You’re talking more from the heart, because you don’t have time to build a construction between you and the reader. This is just what comes out, you know?

Is this automatic writing? That it becomes, not exactly unplanned, but as you said, you’re cannibalizing yourself and it becomes more visceral, guttural.

I think that’s it. You’re trying to get to that Joycean part of you. The whole point of fucking literature is to share part of you with someone else through a story, because you’re can’t talk about it. That’s where it comes from. You’re trying to get that piece of your soul out of you, and the only way to do that is to dig through the pain. That sounds ridiculous as a metaphor.

Are you surprised by what comes out? Do you look back and realize, “Oh, that’s what I was feeling. I didn’t know.”

I was utterly shocked when I looked back. I was writing The Vision, which is a robot family drama; I was writing Omega Men, which is an epic space battle; and I was writing The Sheriff of Babylon, which was a grounded, crime story. About two thirds of the way through, I realized, they’re all about the same thing. (Laughs.) I mean, they were told in different voices, but it was all about a dude who comes into a situation where he’s like, “I can fix this. I have great intentions.” That’s what Chris said in Sheriff, that’s what Kyle said in Omega Men, that’s what Vision said. It’s, “I am going make something good. I have great intentions to make something good.” And then the world is so complicated that it fell apart in their hands.

I was like, “Why am I telling this same story three times?” and then I realized, “Oh. That’s my CIA story.” I’m just telling the story about me going overseas and thinking, “I’m going to save the world! 9/11 happened, but I read Superman stories and I can do that!” and then getting to Iraq and going, “Holy shit, this is so much more fucking complicated.” Even my first arc of Batman was from that era, and it’s about a guy Gotham who wants to be a superhero in Gotham City and he can’t, because it turns out to be more complicated and awful. I was all, “Augh, I wrote it again!”

And then the second arc of Batman, there’s a shift and it’s something that followed through in all of your work and informs Heroes in Crisis — a move towards expressing vulnerability and characters accepting that they’re broken, and the question of, how does that impact them, what does that mean, how does that get changed into something better?

I didn’t realize I had shifted themes, and my new theme was stupidly simple: Life is hard, and your loved ones can carry you through it.

You say “stupidly simple,” but Batman is incredibly complex, as is Mister Miracle; it’s all an emotional complexity that’s driving things. You’ve been doing that in solo character stories for a couple of years now, but now you’re doing it for the entire DC Universe in Heroes in Crisis — is there a sense of nervousness or awe in doing that?

I was an intern at Marvel Comics when I was 19 years old. I was editing the Inhumans book that Paul Jenkins was writing for Marvel, that’s how old I am. He had a Namor issue, and he talked about Namor’s origin and he talked about his father and he got the name wrong. I put a note in saying, “This is wrong.” Paul was just, like, ‘Sure, I’ll fix it.’ For 10 years, as I went through the CIA, I held onto that moment. I was, “I contributed to the history of comics. I changed one word in a comic.” I clung to that for 10 years.

Now you say, “Oh, you’re playing with all the DC superheroes.” It’s not as exciting as that first moment when I was 19. I’m still there. I’m still on that level. I worship this medium, I grew up on it. It saved my life multiple times, it drew me back from insanity. Whether I was writing two panels on Grayson or writing Heroes in Crisis, I just can’t believe it.

You talk about saving lives. Are you aware of how important your work is now, for a lot of readers? Your work, especially as it relates to characters expressing their vulnerabilities and weaknesses and, as you put it, turning weakness into strength — that means a lot to a lot of people who weren’t able to express this or even admit this to themselves before they saw their favorite characters go through the same thing. Is this something you think about or, just the opposite, something you can’t think about?

No, you can’t think about that. I stand on the shoulders of giants — and I know when Newton made up that phrase, he was making fun of a little guy, but whatever. Look, last night, I went out to dinner with Frank Miller. As a kid, I worshipped Frank Miller. I still do, but as a kid, I didn’t have a lot of friends. But I had Frank Miller. And now we’re, like, friends…? I focus on that aspect on it; I can’t think about that. I just write. I’m not Frank Miller. I’m not answering the question. Look, people come to me and they write nice letters about my work, and I’m really grateful that they do. It helps me as much as it helps them. 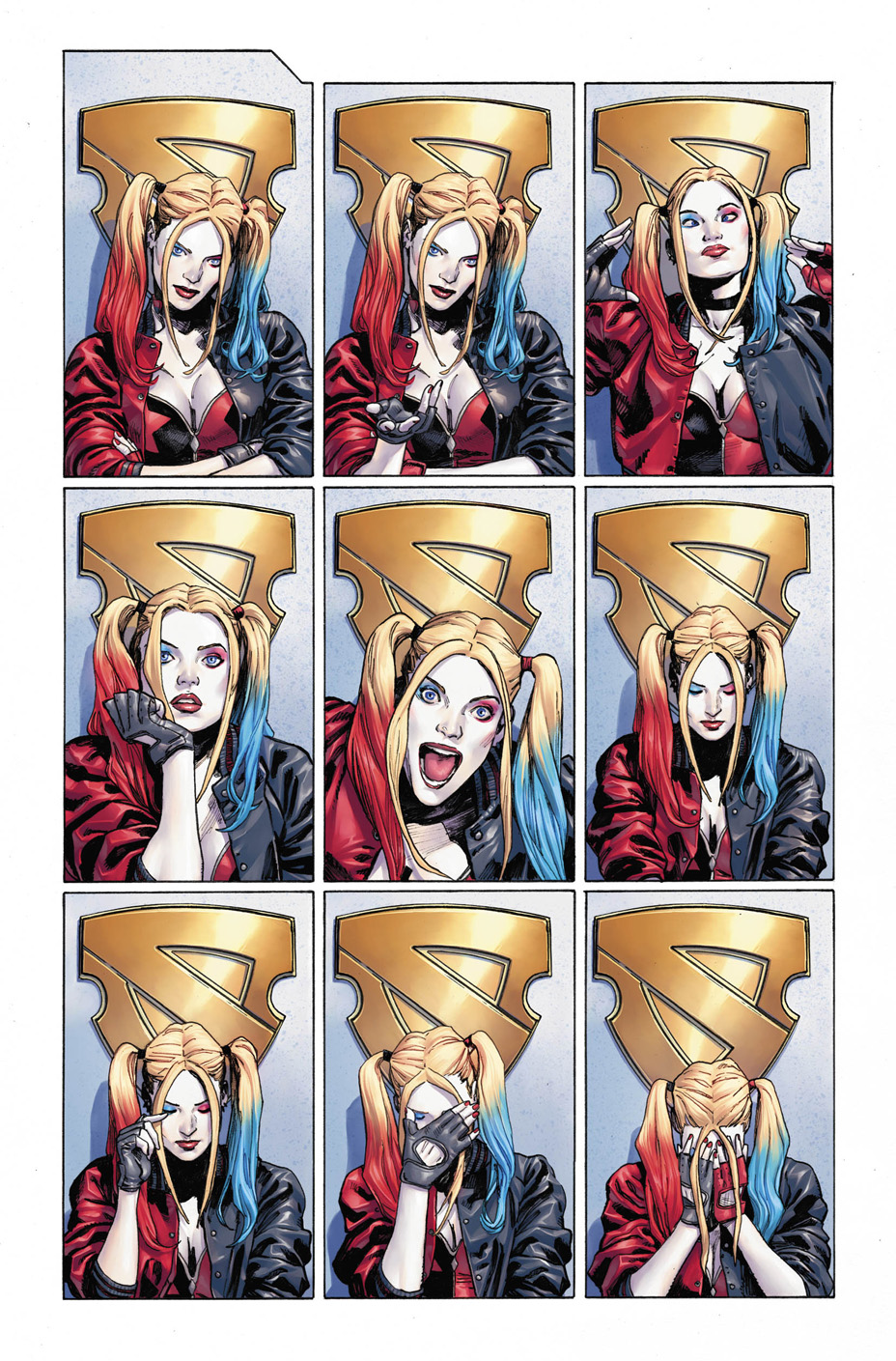 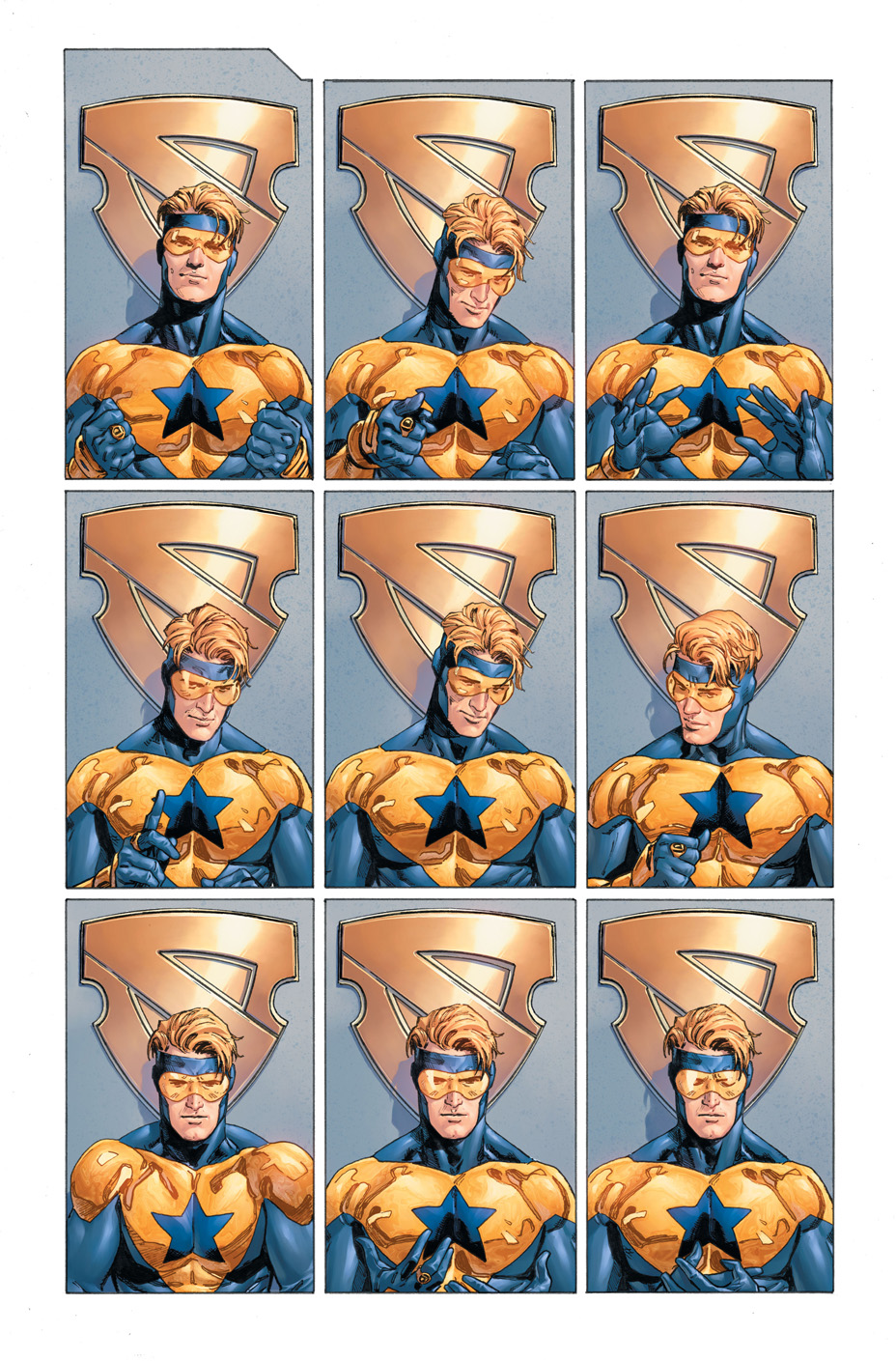 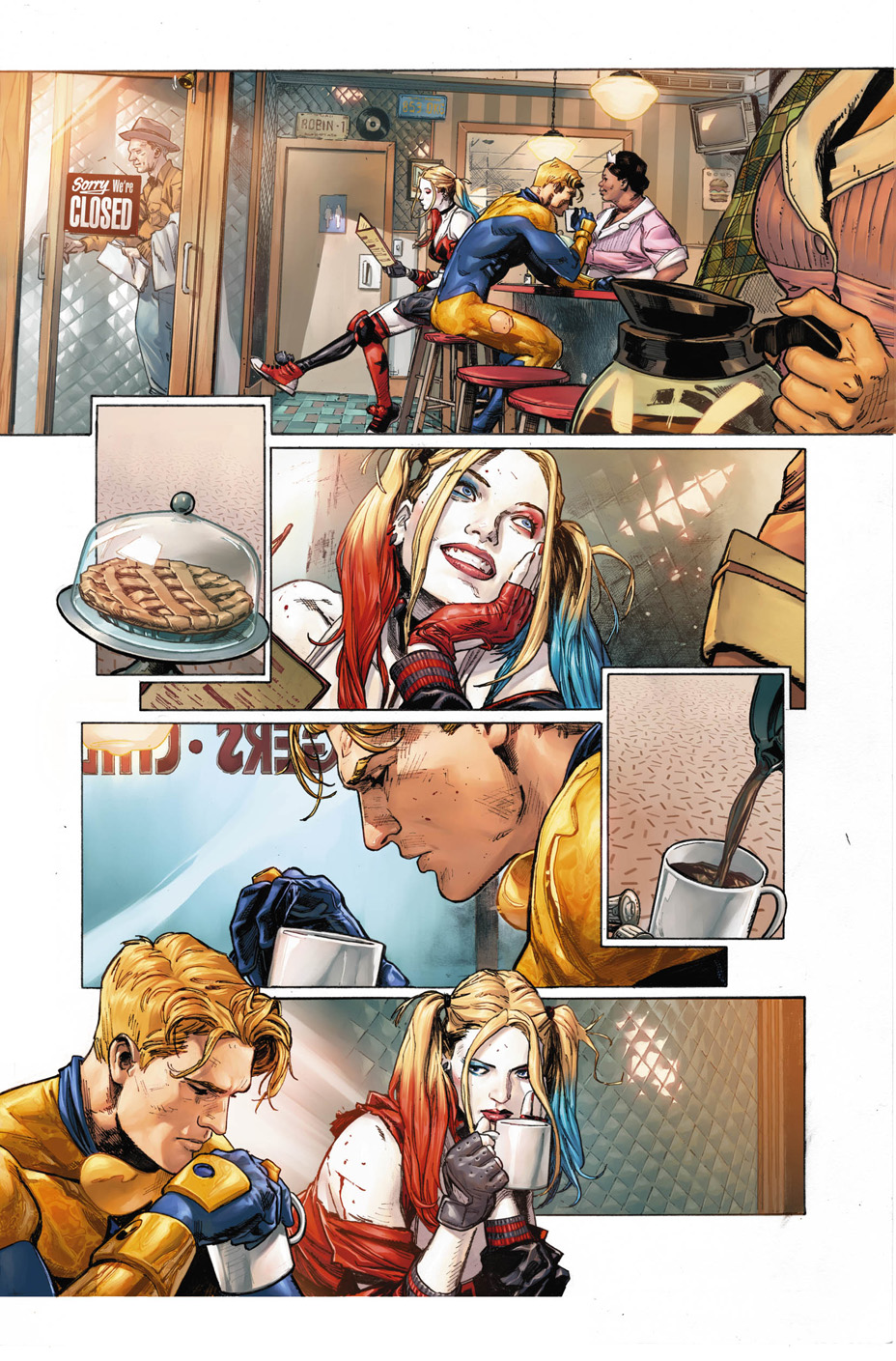 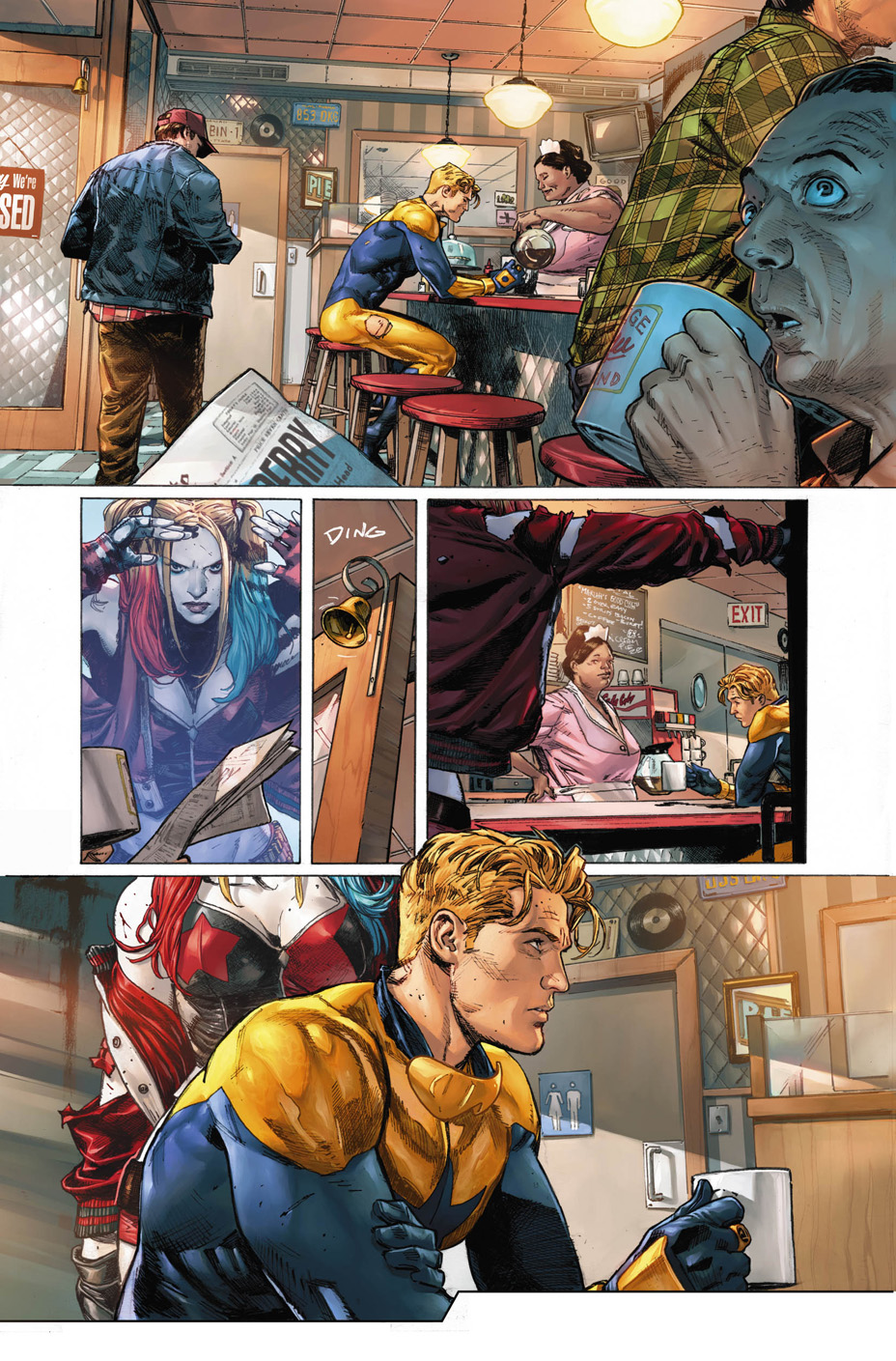