There is little love lost between feminist scholars and the original Tomb Raider films, which debuted in 2001 and 2003. The first movie, Lara Croft: Tomb Raider, featured star Angelina Jolie in a slow-motion shower scene within its first 10 minutes; in both films Jolie wore padded bras, tight tank tops and hot pants to mimic her sexualized depiction in the original video game upon which the films were based. And so, while a number of articles published in scholarly journals in the early aughts took the character seriously and found a good deal of merit in women’s embrace and reappropriation of the character, several also criticized the character’s idealized body and advertising that put her in sexual situations in both the films and video game.

So what do critics of the first film and/or video game think of the latest Tomb Raider film adaptation, which arrived in theaters Friday? Starring Alicia Vikander, the Roar Uthaug-directed film tells an origin story of how Lara came to inherit the film’s title and go on her first coffin-infiltrating adventure. While reviews have not been glowing — the film has a 50 percent rating on Rotten Tomatoes — two critics of the gender politics in the older titles told The Hollywood Reporter after the film’s opening weekend that the new film represented a significant improvement, while another called it a disappointment.

University of Brighton professor Helen Kennedy, who wrote “Lara Croft: Feminist Icon or Cyberbimbo? On the Limits of Textual Analysis” in Game Studies in 2002, argues that the film’s portrayal was more in line with the 1990s video game than the Jolie films, where she argued Lara played an adventurous tomboy. “The opening with the boxing sequence and then being one of the pack of the cycle couriers through London, all of that de-emphasizes her as a romantic lead, and emphasizes her as an active, tomboyish heroine,” Kennedy tells THR. “It felt like closer to perhaps the early design intentions of the game.”

Kennedy also noted that the film had “less overt objectification of her female body” and “more construction of her as a specifically athletic body,” though it didn’t fully escape the patriarchal trappings of the story’s original premise. From some of the earliest incarnations of Tomb Raider, Lara Croft has been drawn into a life of tomb-raiding thanks to the disappearance of her wealthy father, who was obsessed with artifacts and left his daughter a fortune when he disappeared. “In terms of the narrative, daughter of rich daddy, there’s something deeply patriarchal, paternalistic, normalized about the whole thing that is very, very difficult for the story to escape. To truly become a feminist narrative you’ve got to somehow truly escape those origins,” Kennedy says. 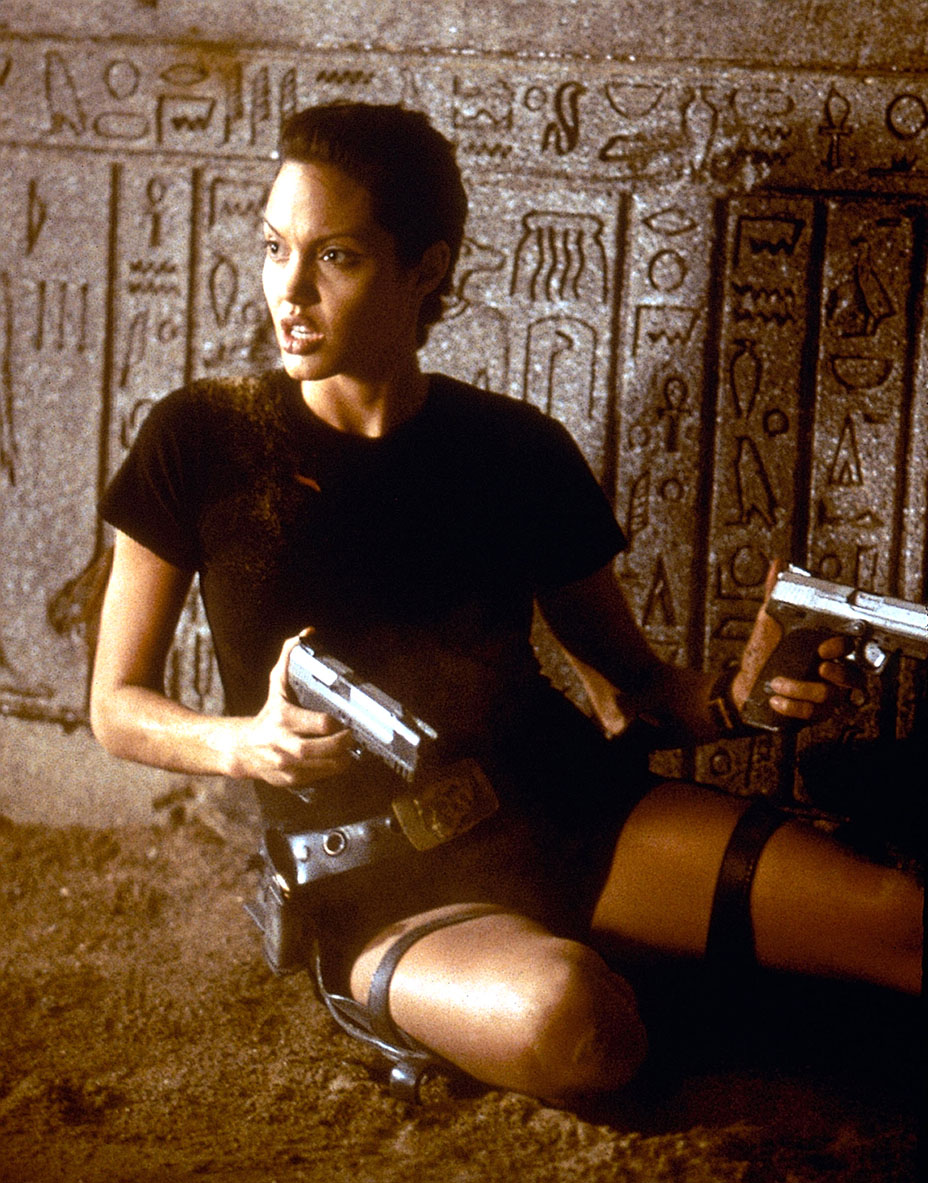 Meanwhile, Northern Arizona University professor Kurt Lancaster, author of 2004’s “Lara Croft: The Ultimate Young Adventure Girl. Or the Unending Media Desire for Models, Sex, and Fantasy” in PAJ: A Journal of Performance and Art, argues that the film successfully subverts the patriarchal origins of the video game. “It did send up the video game in that it showed a woman who’s free and powerful and can hold her own and is trying to make her own decisions,” Lancaster says. He points out that throughout the film, even as it shows several flashbacks of Lara’s moments with her father, she finds the strength and confidence to be entirely independent of him. “That’s why she’s able to let him go at the end, is that she recognizes she has grown up without him,” Lancaster says.

Lancaster, however, was disappointed in the reboot’s choice of creative team, with Uthaug at the helm, an all-male production team and only one female writer. “This film is a reflection of the time. There is a large female audience, and we need more films written by women, played by women and hopefully, as we gain more equality, directed by women,” he says. “Why wasn’t it directed by a woman? I’d like to see that version.”

Staffordshire University associate professor Esther MacCallum-Stewart, the author of 2014’s “Take That, Bitches!” Refiguring Lara Croft in Feminist Game Narratives” in Game Studies, has the most negative reaction to the film. MacCallum-Stewart argues that the adaptation’s attempt to make Croft more approachable was paradoxical, given the physical stunts she was performing. “Lara rarely puts a foot wrong, and despite her disappointing claim at the start of the movie that she is ‘not a superhero’; she is very much presented as such, performing actions like leaping great distances in a single bound and escaping unscathed after being hit by a police car,” MacCallum-Stewart wrote in an email to THR.

Other vilified female characters in the film, MacCallum-Stewart argued, moreover, undid the empowerment of the rest of the film. “Seeing the other females in the movie portrayed as untrustworthy and villainous seems to undo the drive of the rest of the movie. This is really unimpressive and frustrating — there’s no variety here, and the movie really misses a beat with its female presentation,” MacCallum-Stewart wrote, citing Kristen Scott-Thomas’ Anna Miller character in particular. “If Lara is going to be fleshed out as a more real person, following this through with other women in the movie seems to make sense. It seems more as if the movie realised that it didn’t pass the Bechdel test and hastily reshot some scenes to make sure it did.”

So far, Tomb Raider has disappointed at the box office, taking in $23.5 million domestically over the weekend and failing to top Marvel’s Black Panther. And though Croft continues to be a popular character for female gamers and was an icon in the ‘90s and early ‘00s, just 44 percent of ticket buyers in the film’s opening frame were female.