“The moment of truth: Are you really going to try and make this one?”

That’s what pro skater Tony Hawk would think to himself when mentally preparing to land a 900-degree aerial spin, the kind he perfected at the 1999 X-Games. “I think it takes a sense of ambitious confidence, that’s the best way I can put it,” Hawk tells The Hollywood Reporter, ahead of the release of the aptly-titled documentary film Pretending iIm a Superman from director Ludvig Gur. The doc explores how Tony Hawk’s Pro Skater series played a major role in bringing skateboarding — which has experienced highs and lows in its reputation over the years — to the mainstream stage and eyes of skeptics.

“If I had to estimate my average for a good takeoff for a 900 is probably like 1 in 5,” Hawk continues. Actually, that’s pretty good. “I would say that over the years I was convinced I could do it, and I always approached it in that light,” says Hawk, who was attracted to skateboarding when he saw his surfer brother doing it when skating was a fad in the ’70s. “I went along because I could do it, and eventually found my way to the skate park and that’s when it really clicked for me that that’s what I want to do going forward because I literally saw people flying on their skateboards.”

And from 1999 onward, video game enthusiasts could experience some of what it feels like to skateboard in the Pro Skater series. The doc explores how these video games — which are being remastered with modern 4K, HD visuals and online multiplayer mode — impacted the evolution of the sport and really changed Hawk’s life both on and off the board in terms of his visibility in communities outside of skateboarding. Other pro skaters who appear in the film and comment on the video games include Christian Hosoi, Steve Caballero, Rodney Mullen, Chad Muska, Jamie Thomas and more. 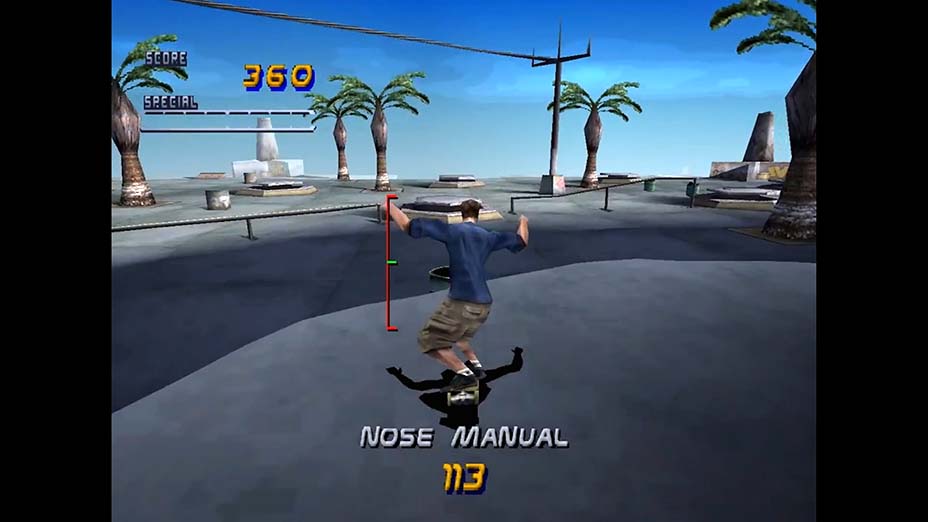 The games have progressed — along with skating itself — over the years to be more inclusive of all styles and types of people who want to skate, Hawk explains, adding that there are many more female skaters now, including the young Sky Brown, who he describes as a “force.” “As skating was going through this revolution of styles and tricks, through the video game progression, I wanted it to actively represent that,” Hawk continues. “So for instance, all of the developers at Neversoft were subscribed to Thrasher [magazine] and they got all the new skate videos. So they knew what was happening and they were on the pulse of new trends or movements or evolutions of skating. So they were working on it in real time trying to reflect that in the games.”

As the doc portrays, there were popular skating videos in the ’80s and ’90s, with brands like Powell Peralta, but they were mostly watched by the skating community according to Hawk. “In terms of comparing that to video games, the video games are what really was the tipping point to bringing a new audience to skating, because people enjoyed playing the video games that maybe had no interest in skating themselves.”

“It’s such a big reason that I’m still able to do this for a living,” Hawk says of the games. “It’s the reason people know my name if they see it in print or recognize me on the street,” says Hawk. “Definitely I’ve had a successful skating career but it doesn’t come close to the amount of success I’ve had through video games.”

One of Hawk’s favorite maps in the THPS games is the Downhill Jam in the first game, because there’s a lengthy half-pipe in the middle of it. “Being a half-pipe ramp skater, that really resonated with me,” he says. But he identifies the second game as the one that set up the franchise — which now includes more than a dozen entires and has earned an estimated $1.4 billion — and the one people identify with the most in terms of the maps, the levels, the skaters and the music. And it includes a full loop, which didn’t make it into the first. 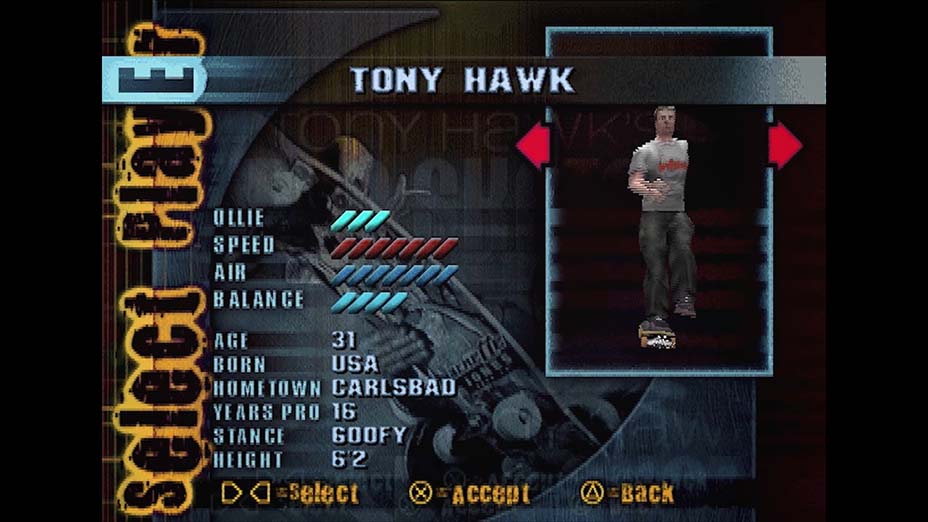 He’s been playing some of the games himself lately, and points out how far they have come. “As the technology progressed and the characters looked more real, then it became even more surreal to watch me doing these fantastical tricks and getting injured,” says the skater, whose four kids all skate these days — it’s a real family affair.

Hawk, who is 52 now, skates for the expression of freedom that it provides, along with the variability of the sport. “I love that, no matter how far you get, you can always get better at it and you can always do it in your own style.”

Pretending I’m a Superman is being distributed by Wood Entertainment in North America, set for release on Aug. 18. Releases will follow in Australia, the U.K. and France.