Toy Story 4 sees the return of Woody, Buzz, Bo Peep and other beloved characters from Andy’s toy box. But the upcoming movie also features some new faces (and voices).

There is Forky, played by Tony Hale, a hopelessly neurotic spork that was crafted into a toy by Bonnie. Then there is Duke Caboom, a gung-ho Canadian daredevil voiced by Keanu Reeves.

In order to find their Caboom, director Josh Cooley and producers Jonas Rivera and Mark Nielsen did a blind audio test. The casting department played audio recordings of line readings from actors, all Canadian, for the filmmakers, who didn’t know which voice belonged to which actors.

“With the first one we said, ‘Wait, stop! Who is that?’ And it was Keanu,” Cooley recalled Tuesday at the movie’s Hollywood premiere at the El Capitan theater.

Wanting to learn more about the character before he started recording, Reeves went to Pixar’s Emeryville, California. campus for a meeting. Said Nielsen, “He was like, ‘What is this guy about? What is he afraid of?’ He really wanted to dig deep into this character.”

It was during lunch, said the producer, that Reeves came up with the idea for Caboom’s signature compulsion for posing. “He climbed on a table and was striking poses in the middle of the atrium and we thought, that is Duke Caboom!”

Reeves has already had a busy year. He is in theaters with the latest installment in Lionsgate’s John Wick series and can also be seen in Randall Park and Ali Wong’s Netflix rom-com Always Be My Maybe, in which he plays a heightened version of himself.

“I sat with him during a preview and I had just seen John Wick 3. I was thinking that I don’t want to upset or he will stab me with a fork or something,” said Tim Allen, who voices Buzz Lightyear. Allen compared Reeves’ performance as Duke Caboom to Michael Keaton’s as Ken the doll in Toy Story 3, adding, “Keanu jumps it up a notch.”

Everything to Know About 'Toy Story 4' 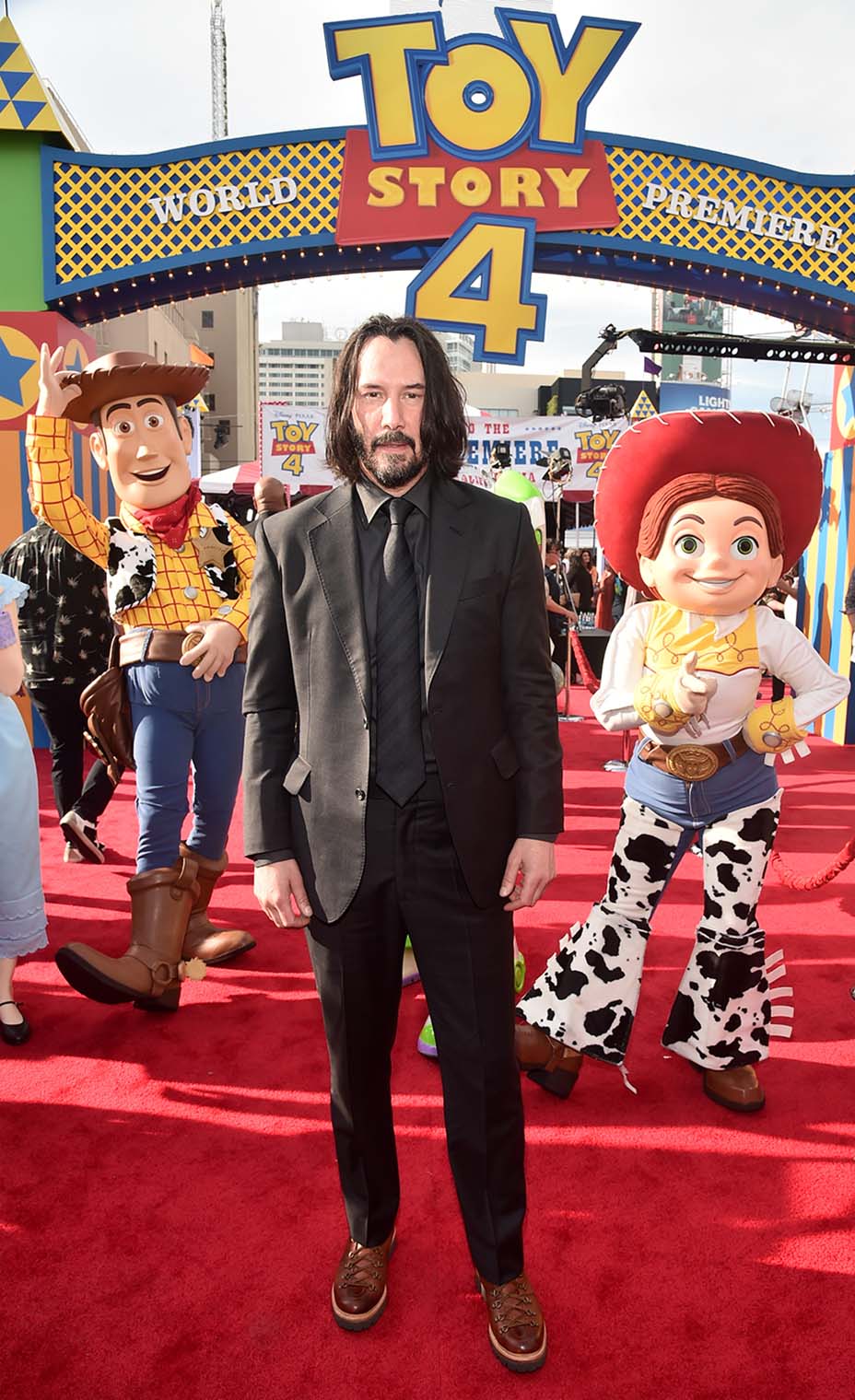