It’s raining heavily outside. Big fat water droplets are falling vertically from the murky gray sky. They call it ‘plum rain’ in these parts.

Right now, there’s no better place to be than indoors and as coincidence would have it, it was opening night for Transformers: The Last Knight, perhaps the most hotly anticipated Hollywood release in China this year. Thus, the multiplex beckoned.

I purchase a ticket for a 5.10 p.m. 3D showing at the Premiere Cinema in Shanghai’s Jing’an district, and the cost is a princely RMB160 ($23.50). Yes, you read that right, it can be over $20 for a 3D ticket for Hollywood movies in central Shanghai these days. In China, this is not a cheap night out.

I had been a little worried that I wouldn’t get a seat on opening weekend, or if I did, it would be at the sides or right down in front of the screen. Given the time of day and the hard-to-miss fanfare for Transformers in China, I imagined Shanghai’s youthful middle class would be rushing from work to grab the earliest glimpse of giant robots smashing each other to pieces for the fifth time.

I needn’t have worried as the box office clerk gave me my pick of seats. (In China, as in most of Asia, movie theater seating is assigned, and you pick your place from a screen as you buy your ticket — which is actually quite nice.) A quick glance at the box-office seating chart seemed to confirm that well over half the theater was still to be sold with the screening due to start in minutes.

Still, I figured the theater would fill up as the trailers rolled. But once we were underway, very few extra people walked in.

(I don’t think I need to say much about The Last Knight itself, beyond that it’s a Michael Bay movie — if you’ve seen one, you get the idea. I actually found myself enjoying most of the runtime by observing the crowds’ reactions. Click here if you’re curious about the film but not so much to actually go and see it.)

The opening minutes of the movie, set in Arthurian England and featuring a number of sight gags involving a drunken Merlin, leave both me and most of the audience unmoved. Indeed, throughout the film, the intentionally comedic moments don’t seem to elicit much reaction from the crowd. Instead, their biggest laughs are almost universally reserved for the moments of blatant product placement by Chinese companies.

And boy, is there a lot of product placement.

An hour in, and glancing around the theater, I can see the low glow of cellphone screens dotted around in the darkness. My neighbor to my left is diligently checking his WeChat, the Chinese social messaging app that’s a cross between Facebook, Instagram and Whatsapp. He’s clearly much more absorbed by what’s going down in his social grid than Anthony Hopkins’ admirable (though ultimately futile) attempt at explaining the convoluted history of the Witwiccans, an ancient secret society tasked with protecting the Transformers from the wider world.

Though The Last Knight is shorter in length than the last two entries, the film is still well over two hours, and as it finally starts edging towards its explosive, climactic ending, some people begin to leave. A few at first, just as Unicron and Cybertron begin to crash and collide together, then a fairly steady stream are straight-up walking out of the cinema just as the final battle is taking place.

Well before the credits roll, the theater is almost empty, although my phone-absorbed neighbor (I suspect he’s avoiding the rain outside at this point) and a few other hardy souls have stuck around to see the mid-credits scene. [Spoilers ahoy!] He looks on impassively as we see the villainess of The Last Knight, Quintessa, reappearing in the body of British actress Gemma Chan. Despite her Chinese ethnicity, Chan isn’t much of a name in mainland China, so one wonders if her appearance, like much of the rest of the film, was lost on those that stayed until the end — it certainly seems so.

One week later, the figures for The Last Knight‘s China opening are in and the numbers will have Paramount sweating. The headline figures, of course, make for impressive reading, with the pic opening at No. 1 with a $123 million weekend, a record for the franchise and topping the $92 million that Transformers: Age of Extinction made its first full week in 2014. The China tally also is almost double the film’s disappointing $69.1 million North American opening.

The film’s seven-day total has now ticked past $166.7 million, according to Chinese box-office data company Entgroup. Yet, there’s a feeling that The Last Knight is shaping up to be a disappointment, and instead of bettering the $320 million China haul of Age of Extinction, the film is likely to fall well short. 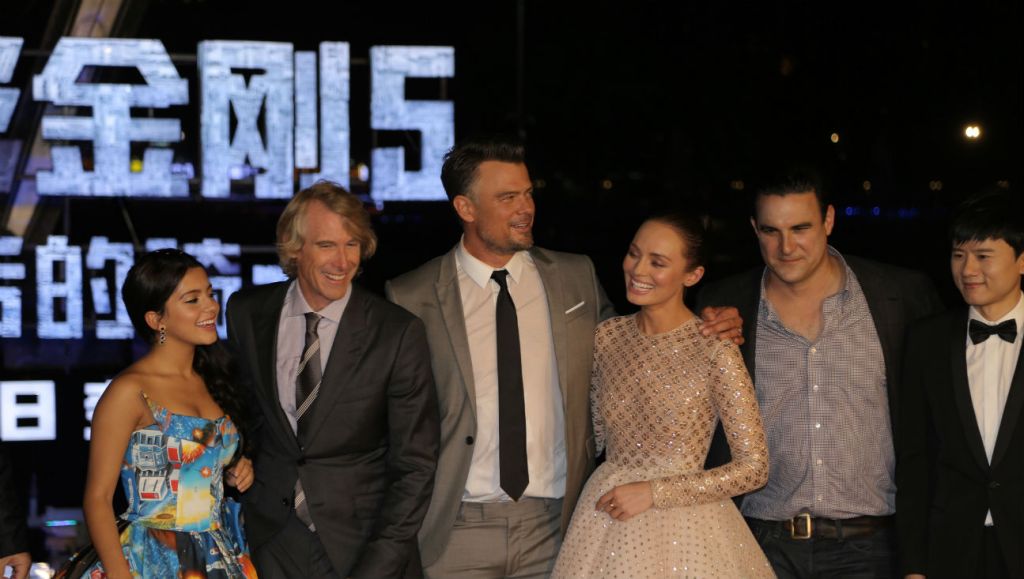 When it came to marketing The Last Knight, Paramount covered all the bases. Transformers may be about “robots in disguise,” but a few hours spent in any major Chinese city and the robots are in plain sight, with posters, billboards and TV ads linked to the movie at saturation levels. A particularly popular promotional tool in China has been the life-size replicas of Optimus Prime and Bumblebee that menacingly stand outside movie theaters and shopping malls across the country.

Moreover, Paramount mitigated a lot of its promotional costs in China by partnering with Wanda, the leading theater chain, as well a number of other Chinese companies including Le Vision and Weying. And, of course, there are the plethora of Chinese companies pushing their products prominently in the film.

Ultimately, The Last Knight hasn’t ignited the same critical love or word of mouth Age of Extinction enjoyed in spades. The previous movie became a genuine phenomenon in China, with several wacky stories of farmers building their own robots. By tapping into the zeitgeist in China, Age of Extinction was able to smash box-office records. 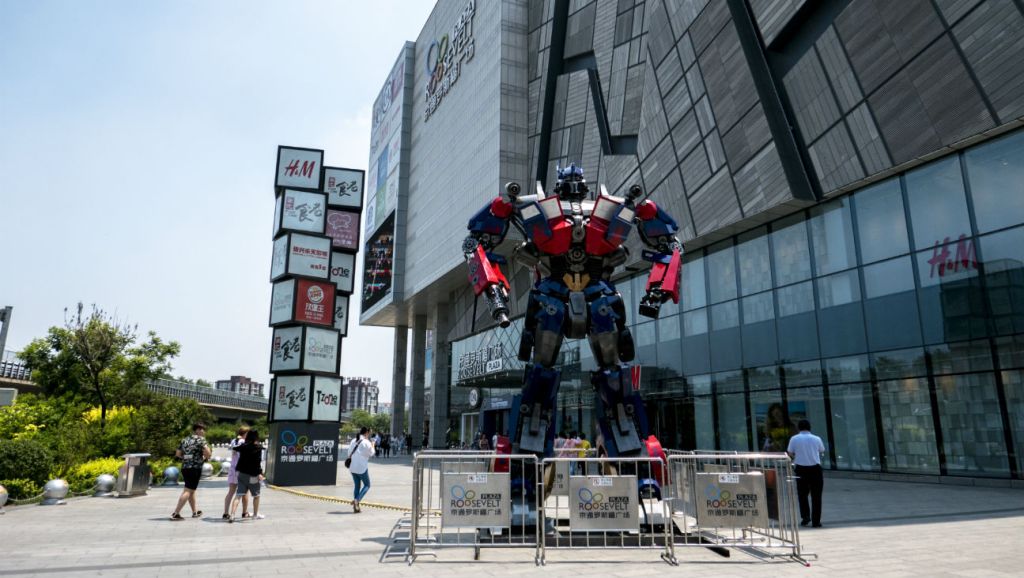 The Last Knight, on the other hand, has been pilloried on Chinese social media, particularly for the product placement and the confusing plot, and this audience kiss of death is what is likely to dash any hopes the film had of beating Age of Extinction‘s box-office score.

On Sina Weibo, one of the larger social media platforms, user Lu Lihao RS summed up a general feeling about the confusing nature of the film, writing, “I didn’t understand anything except advertisements for all the brands.”

Another Sina Weibo user named Wang echoed the issue with product placement: “Even though it is normal to add Chinese elements into the Hollywood blockbusters, it still makes the audience uncomfortable when there are too many Chinese brands.”

On review site Douban, The Last Knight had an average rating of 4.8 on Wednesday and was dropping fast. The influential site’s consensus is overwhelmingly negative on the film, although if there is a small consolation for the producers, there was some praise for the special effects, if not for the humor or plot.

Still, for some, and not necessarily Paramount and its Chinese partners, The Last Knight’s box-office travails shouldn’t prove a hindrance to making money. Despite the tepid critical response to the fifth film, Transformers merchandise, both official and blatantly unofficial, abounds in China. Everywhere, from the airport to the shiny new malls, the theaters and street vendors at major tourist attractions, all manner of Transformers merchandise (yes, fidget spinners, too) seem to be selling briskly, suggesting that, in the end, the greatest product placement in The Last Knight was the robots themselves. 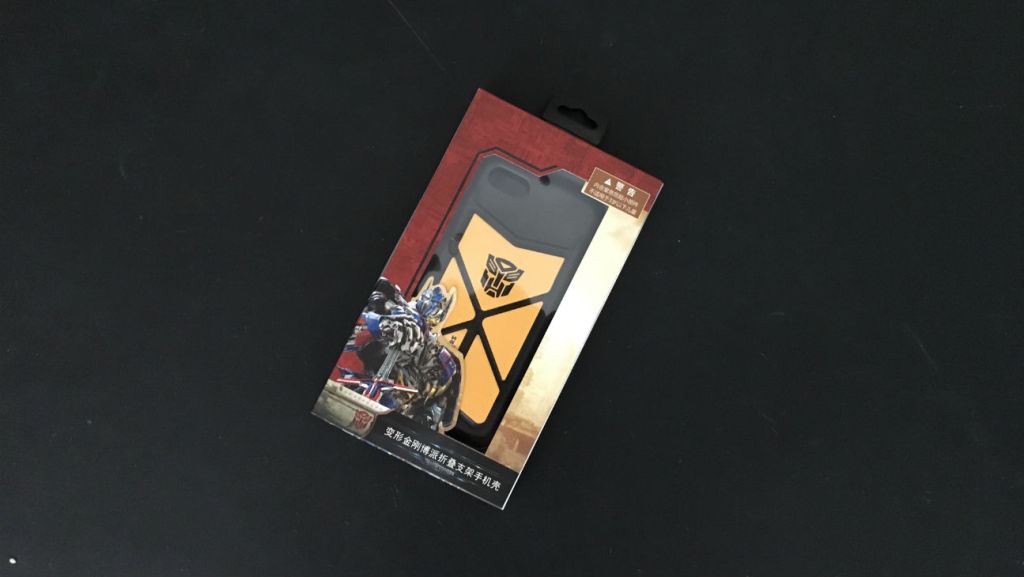