As New York City continues to reopen amid ongoing COVID-19 vaccination efforts, the 20th anniversary of the Tribeca Festival has revealed how it plans to be the first major film festival held in person since the pandemic.

The festival, which last August revealed that it was moving its annual event to June 9-20, almost two months later than its traditional April calendar spot, is planning safe, outdoor screenings across New York City’s five boroughs, including in Brooklyn at The MetroTech Commons, in Staten Island at Empire Outlets and in Manhattan at Brookfield Place New York, the Pier 57 Rooftop, The Battery and Hudson Yards.

The above image offers an artist’s rendering of how screenings will be set up at Brookfield Place, with the image below providing a look at the Battery set-up. 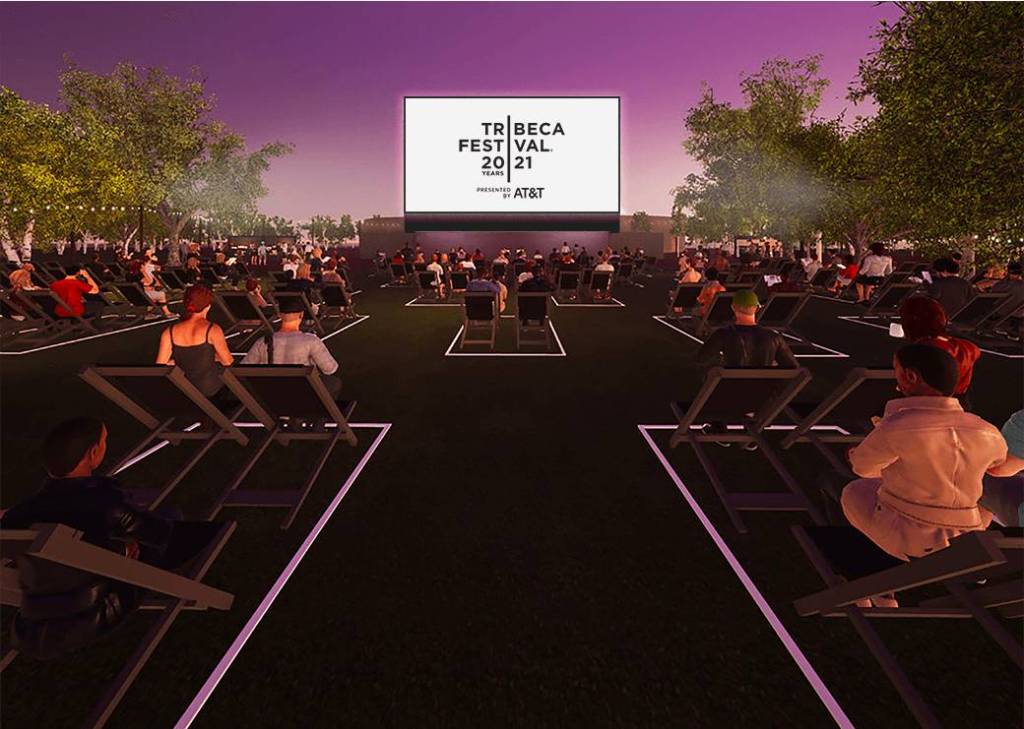 The festival is working with the New York state department of health to ensure all gatherings comply with COVID-19 safety protocols.

There will also be community screenings throughout the city, including in the Bronx and Queens, using traveling 40-foot state-of-the-art LED cinemas, the first mobile HD screens in the country.

More details about this year’s festival, which will serve as a culmination of the state’s NY PopsUp live entertainment revival, will be shared at a later date but there will be a commemoration of the Juneteenth holiday.

The 2020 festival was forced to move its programming online as the pandemic ravaged New York, prompting the shutdown of non-essential businesses. Tribeca also partnered with YouTube and numerous international film festivals to launch the online We Are One global film festival, which ran from May 29-June 7, 2020. And Tribeca Enterprises launched a series of drive-in screenings throughout the country, working with Walmart to expand the number and reach of those screenings.

Fellow Festival co-founder and Tribeca Enterprises CEO Jane Rosenthal added, “Tribeca is a community of the most resilient and talented storytellers on the planet. In 20 years, our community of creators and partners have become a family.  This summer we are excited to reunite as Tribeca becomes a centerpiece of live entertainment in neighborhoods across New York City.”

Former New York City mayor Michael Bloomberg, who was in office when the festival first launched, said in a statement: “After the 9/11 attacks, the Tribeca Film Festival helped set the stage for New York City’s incredible comeback – and helped spur a new golden age for film and TV production across the five boroughs. This year the festival is once again shining a spotlight on our city’s resilience and creativity, and just as we’ve done from the start, Bloomberg is glad to support this great tradition, which will once again help lift our city’s spirit.”

Inside Tribeca and Chanel’s Through Her Lens Kick-Off With Emilia Clarke, Angela Bassett