Continue to The Hollywood Reporter SKIP AD
You will be redirected back to your article in seconds
Skip to main content
August 18, 2020 10:31am
Logo text

Z2 Comics has made a name for itself with a number of projects featuring musicians and bands that mix non-fiction and comics in increasingly inventive, surprising, ways. The publisher’s latest project builds on that combination with an anthology pairing military veterans and comic creators re-telling True War Stories.

The 260-page graphic novel anthology will feature 15 true stories, created in partnership between veterans from nearly every branch of the military and comic book creators including Peter Krause, Sam Hart, P.J. Holden and Paul Williams. The book has been put together by writer and editor Alex de Campi and co-editor Khai Krumbhaar, who is an Iraq war veteran

“This anthology has been a passion project of mine for a good three years now, quietly working with my co-editor Khai and our soldier and veteran authors to pull it together,” di Campi told The Hollywood Reporter. “It’s been one of the most wonderful projects I’ve ever involved with, with the most amazing and human range of stories. Khai always says ‘it’s the stories we tell each other,’ meaning there’s no overall agenda or attempt to frame the narrative, it’s just a really diverse range of people from every branch of the armed forces — except the Coast Guard, sorry battles — telling stories about times they were deployed. Some of the stories are funny, some are heartwarming, some are thrilling, some are introspective. They’re all excellent. And they’re brought to life by an all-star roster of artists. There were just lovely bits of happenstance throughout: both our Vietnam stories are brought to life via father-daughter teams, for example.”

Krumbhaar added, “Something I’ve struggled with since I was retired is this expectation that only certain kinds of stories are ‘real war stories’ worth telling around civilians. That’s not true. The real stories are the ones that left a lasting impact on us, and those are the ones we wanted to tell with this book.”

The book will be released in November, ahead of this year’s Veterans Day, and all profits from the book’s retail release will be donated to military-related charities as selected by the contributors, including Objective Zero Foundation, the USO, and Special Operations Warrior Foundation.

In a statement, Z2 publisher Josh Frankel said about the project, “After the tremendous success of our MADI campaign, and the joy of working with Alex, we were happy to partner with her on another project. This ambitious project may seem a bit of a departure from so much of what Z2 publishes, however it lines up perfectly with our vision of teaming great storylines with top tier talent to publish books that expand the audience for comics and graphic novels through something new and unexpected.”

Before the November release, however, True War Stories is being funded via a crowdfunding campaign running on Kickstarter, with backers receiving early editions of the book. More details of the campaign can be found here. Read on for a preview of one of the stories from the book, “Joint Team,” by Ian Eishen, Chris Peterson, and Kelly Fitzpatrick. 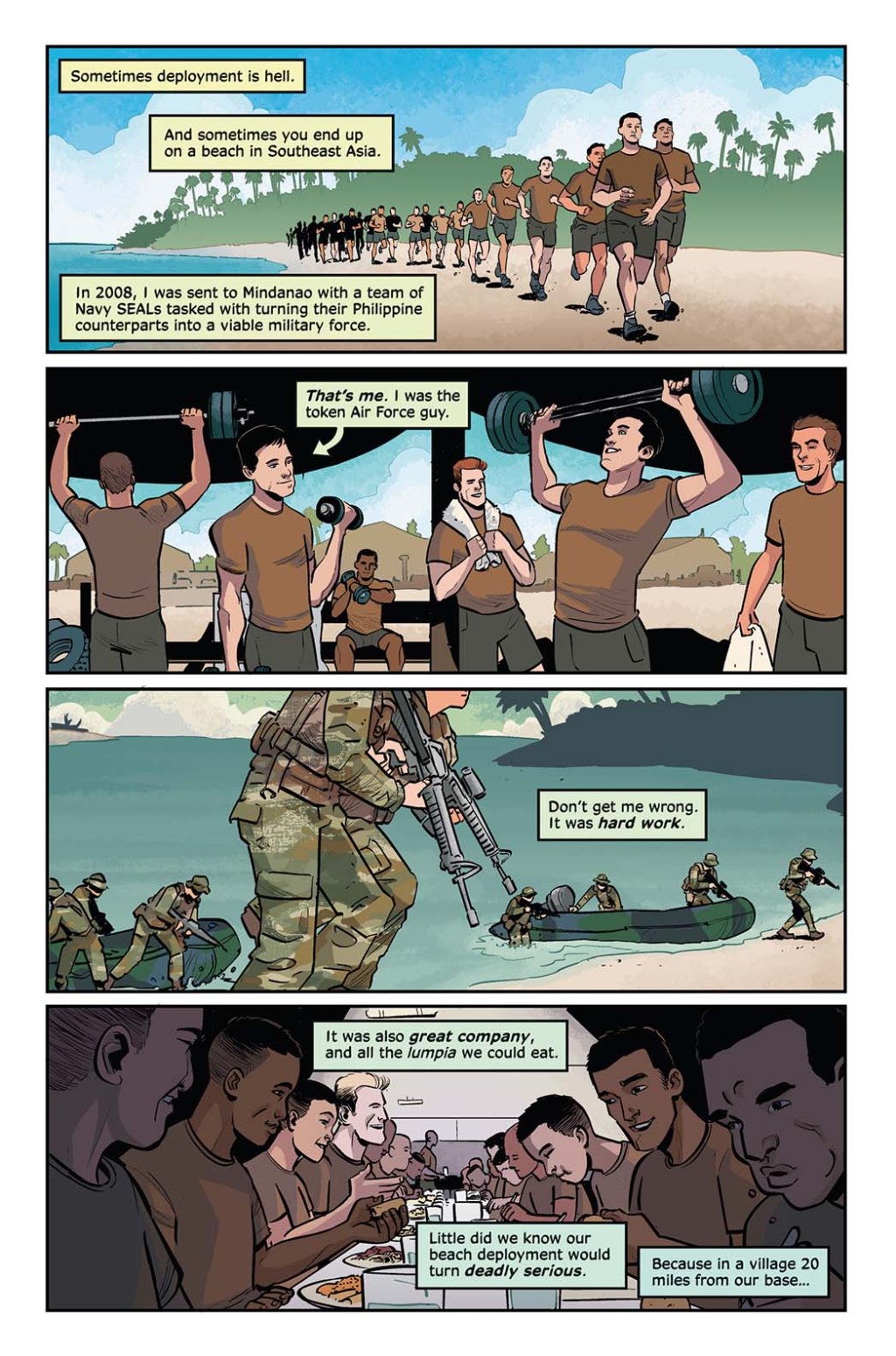 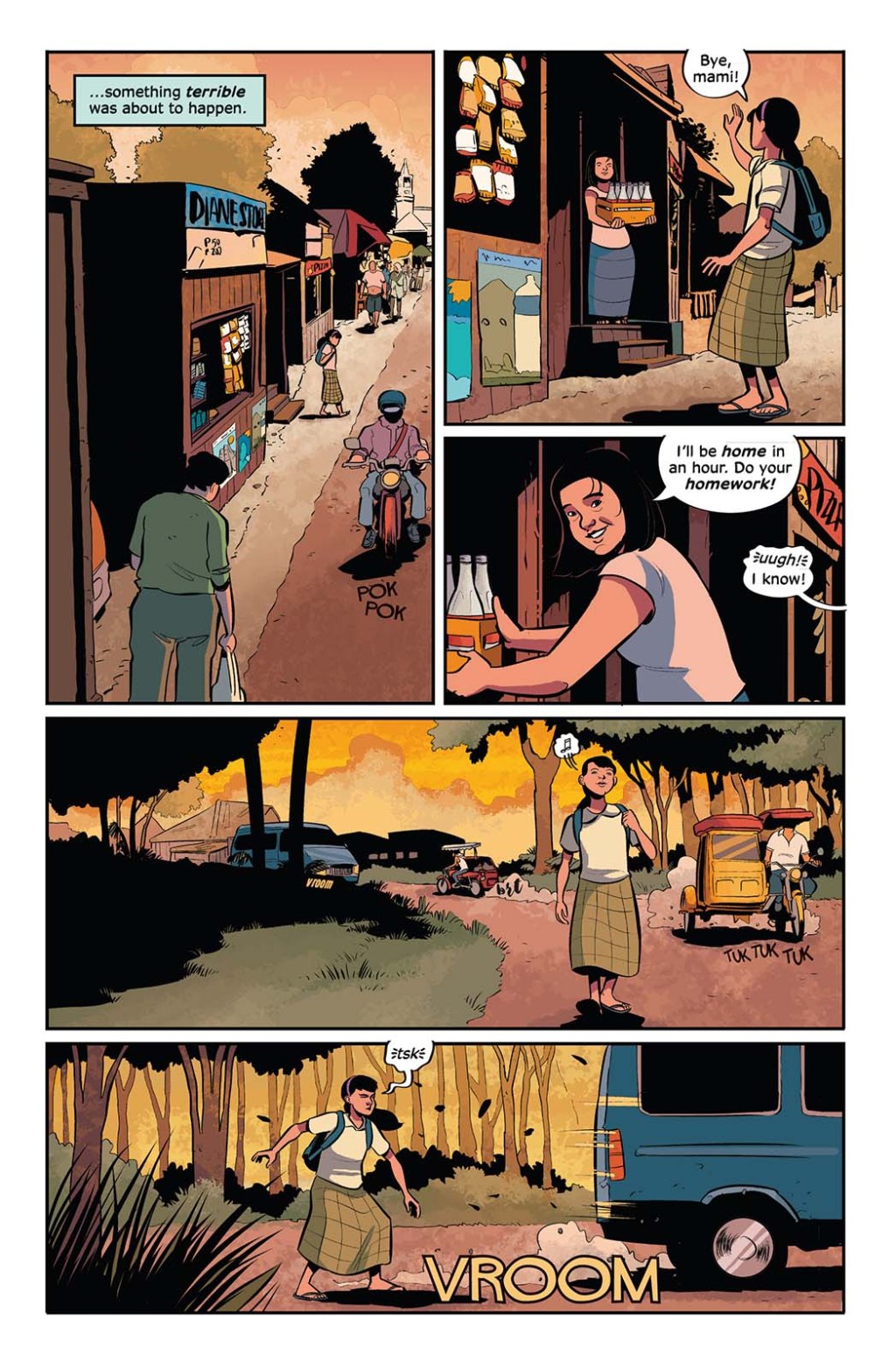 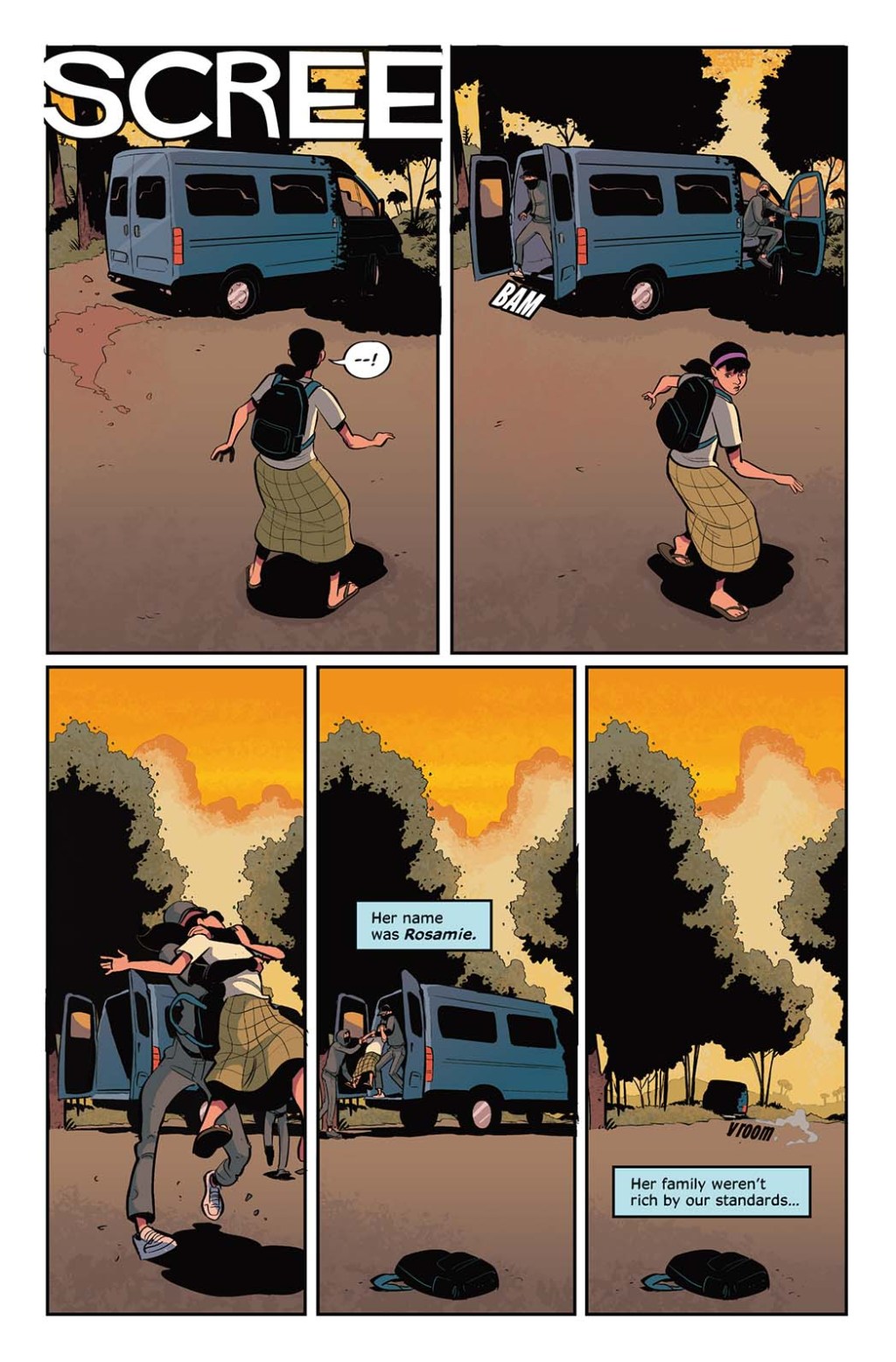 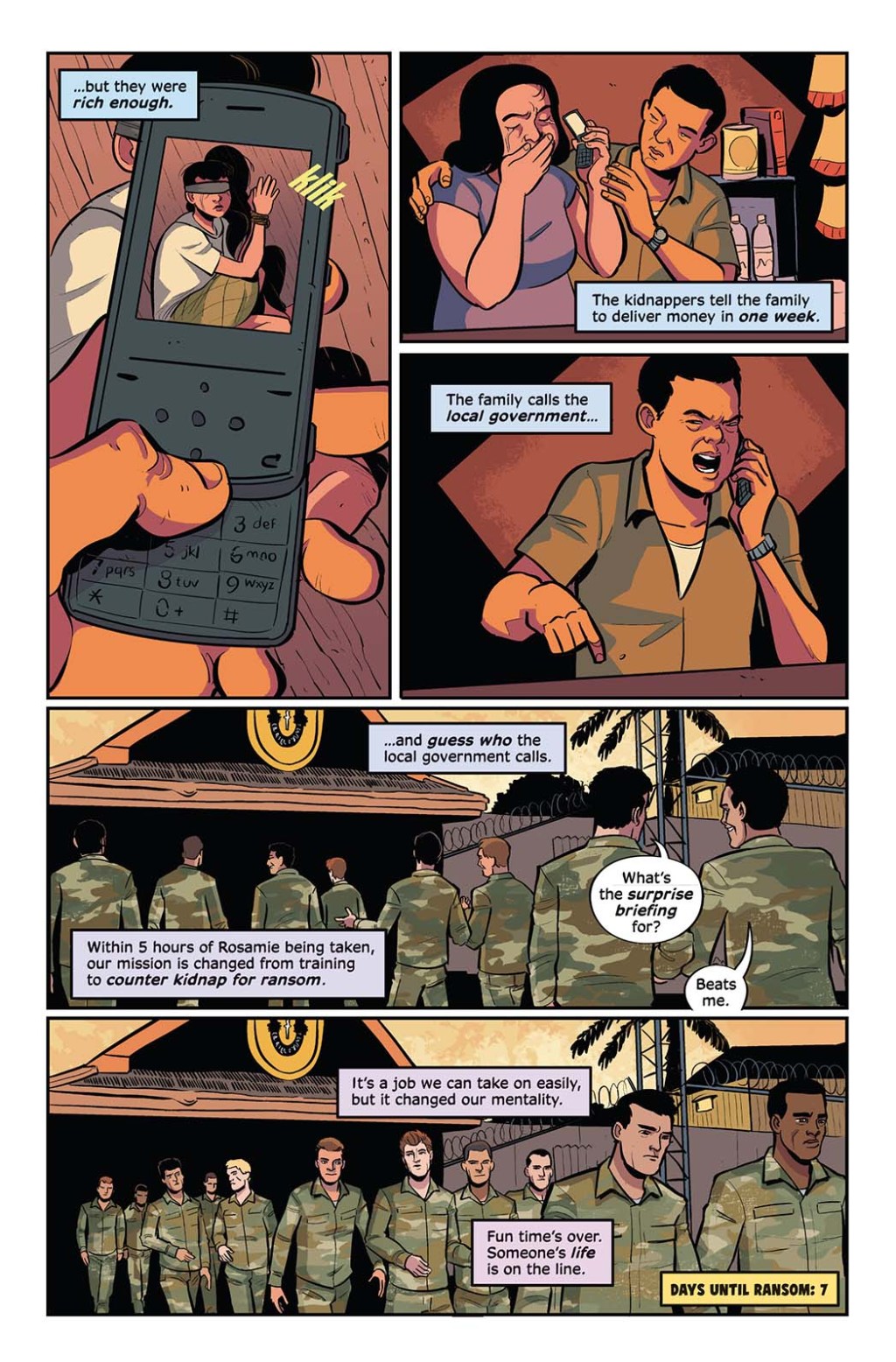 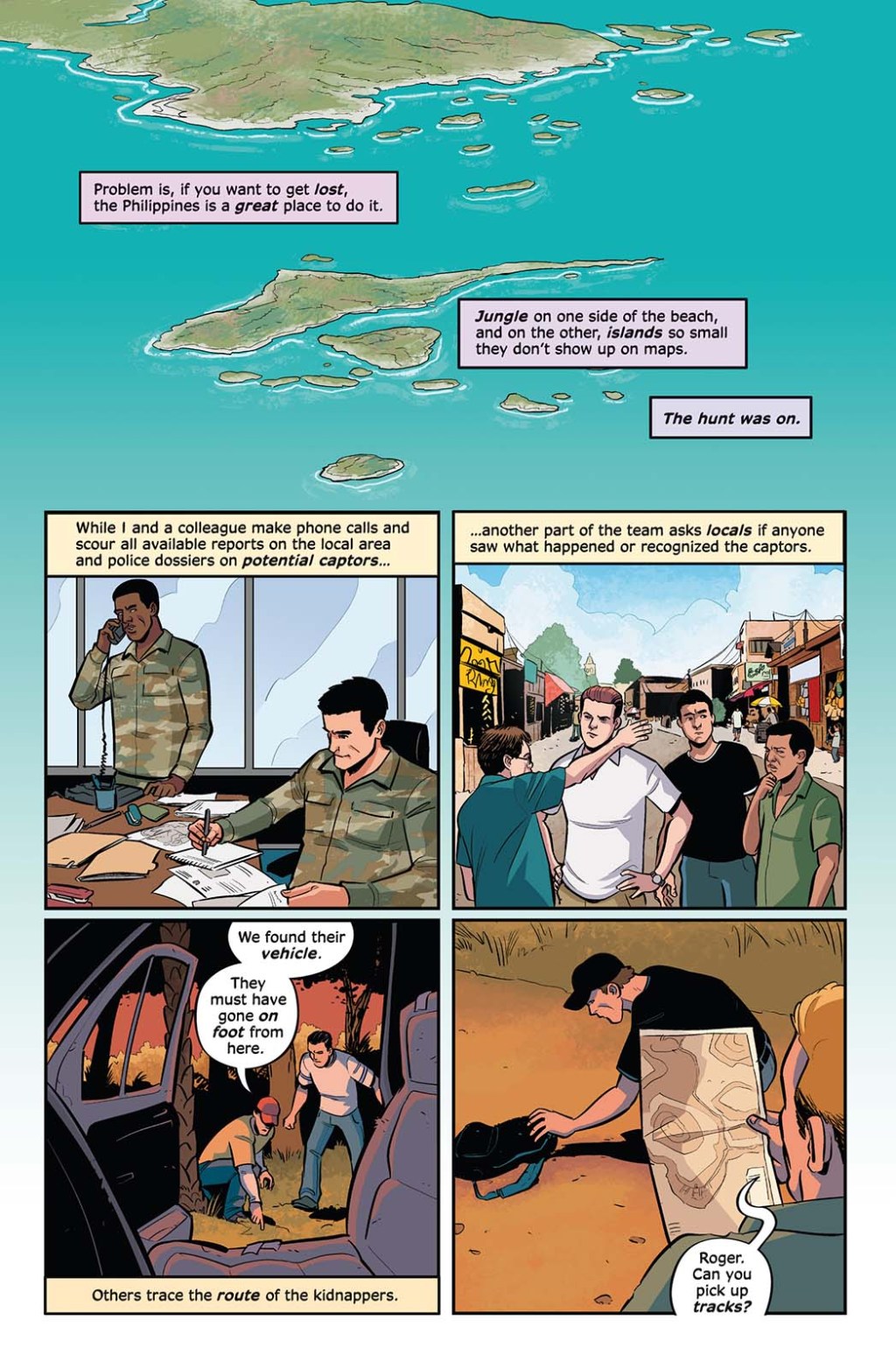