At one point I was thinking about Nick Nolte to play the beekeeper, and then I got a call in the middle of the night. “This is Peter Fonda.” I don’t know how he got it, we never sent it to him, but he said, “I’ve just read your script and that’s me. You know, my dad was a beekeeper.” I didn’t know, but it turns out Henry Fonda had two or three hives in his backyard.

So I met with Peter. He was in Montana and offered to fly to L.A. for a meeting. When we walked through the door, the casting director and I knew we’d found Ulee. But we still had to convince the skeptical studio execs at Orion, who had concerns about his reputation as a flaky space cadet. We ended up all meeting for lunch at some Sunset Strip place. Within minutes he had everybody eating out of his hands.

When we started shooting, he was an inspiration on the set. He did a lot of scenes with real, swarming bees. But Peter never got stung. Which says something about him as an actor — he could even charm the bees. 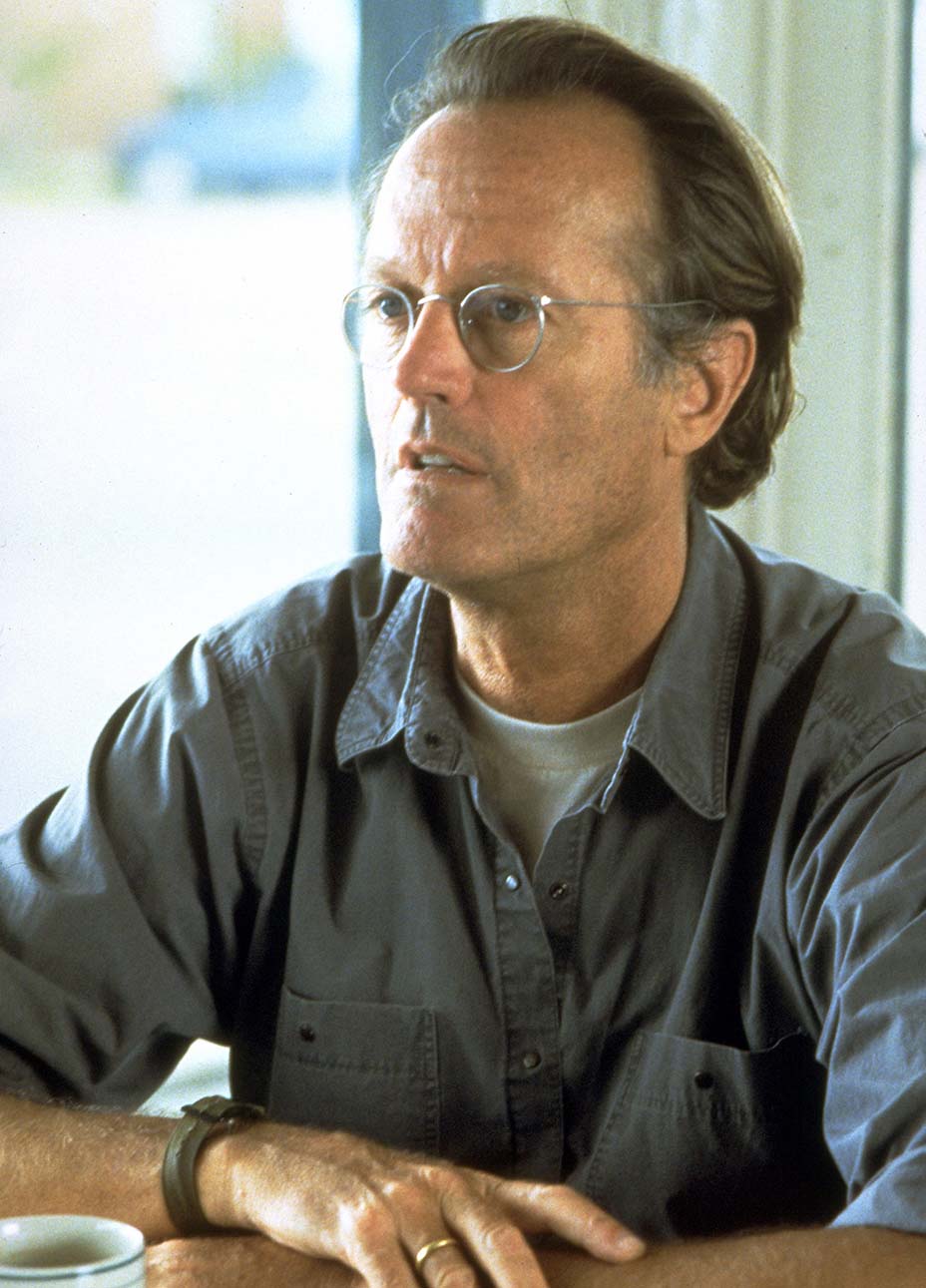 I just read somewhere that the glasses he wore in the film were the same ones his dad wore in On Golden Pond. I don’t know if that’s true. I don’t think he was doing anything to consciously channel his dad, and we didn’t want it to be like, “Oh, you’re playing your dad.” But when you sat down with Peter there was something sort of iconic about him that’s hard for me to articulate.

There was some scar tissue around the edges of Peter from all the things he’d been a part of. And a whole generation had shared that journey with him, from Captain America [his role in Easy Rider] to the Vietnam War to just being Henry Fonda’s son. So, when he died, it was a little bit like a cousin had died — somebody you don’t see every day but that meant a lot to your life and you were glad they were part of the world.

To me, it’s sort of amazing that he died on the 50th anniversary of Woodstock.