After nine years, The Umbrella Academy has returned.

Since then, both Way and Ba have kept busy inside and outside comics; Way founded and oversaw the DC Entertainment imprint Young Animal, writing the flagship title Doom Patrol, as well as writing and recording music with My Chemical Romance and solo. Ba, meanwhile, collaborated with twin brother Fabio Moon on multiple comic book projects, including DC Vertigo’s Daytripper, Dark Horse’s B.P.R.D. and Image Comics’ Casanova.

Now, with the Netflix adaptation of the series due next year, the time is finally right for the Hargreeves family — the Monocle, Spaceboy, the White Violin, the Rumor and more — to return. The Hollywood Reporter talked to Way about the series’ hiatus, its return and the crossover between the comic and the Netflix series.

It feels, in many ways, as if Umbrella Academy as a series, if not a concept, is significantly different this time around. Is that intentional? Did you feel the need to reinvent the series and reintroduce it to the audience?

It is intentional in its differences to the previously published material. It was what we had to do to keep it fresh for ourselves. We weren’t interested in telling the same kind of story as we had done before; we had evolved and changed as people and as creators, and I think we wanted to show that. ?

It’s been nine years since the last Umbrella Academy series. Hotel Oblivion has been promised and teased for pretty much that entire time, but I’m curious how the delay — and the work you and Gabriel have created in the meantime — has informed the approach to the series. Do you feel differently about the characters now that you’re, as you’ve pointed out, different people?

One of the things that was arguably a hallmark of the series in its earlier incarnations, and feels especially pronounced here, is the feeling of…creativity, or inventiveness; the idea that the world these characters exist in is limitless, and filled with stories that the reader hasn’t discovered yet. It feels evocative of an entire comic book universe all by itself.

A lot of that is subconscious, and that is one of the things I like the most about the book. Some of these things were worked out years ago, but some of them haven’t. When I’m writing it, all that implied background feels like an illusion, and then we figure it out on the spot, right in the script, and because of that, there are a lot of surprises. It makes the book extremely exciting to write, and to read in my opinion. We never completely know where it’s going, or how it will be presented. But a spark of inspiration will hit us, and then we chase it.

The new series feels as much like a new beginning — or a beginning of a new thing, perhaps — as it does a continuation of what’s gone before. Was that something that was on your minds as you started work on it?

We started this series many years ago, but it was never the right time to sit down and write it due to things that came up in my life. So some of these ideas are older, but I was always trying to make it fresh for myself in writing it every time we re-engaged with it. It evolved every time I sat down with it.

This time felt like the charm, and that I had the most to say at this point. I think in our minds, we wanted to continue the story while at the same time presenting something that feels like an entirely new kind of story to Umbrella. It is why you find the book sometimes focusing on seemingly background characters as well as our heroes. Perspective was on our minds when we worked on it.?

There’s an Umbrella Academy Netflix show in the works. How, if at all, did that interact with Hotel Oblivion’s creation? Is it a completely separate beast, or does it exist in a conversation, if not a collaboration, with the comic?

I think it exists in some ways in a conversation with the comic. And in other ways, a collaboration with the comic, though we are very careful to understand that these two things are separate at the end of the day. [The show and the comic] are each their own beast, though Steve Blackman, the showrunner, is very interested in what we are doing and always pulling ideas from the source, even unpublished notes. But they have come up with some interesting things and perspectives. One, in particular, was such a good idea that we wanted to work it into the comic, so we did. It’s been an interesting process! 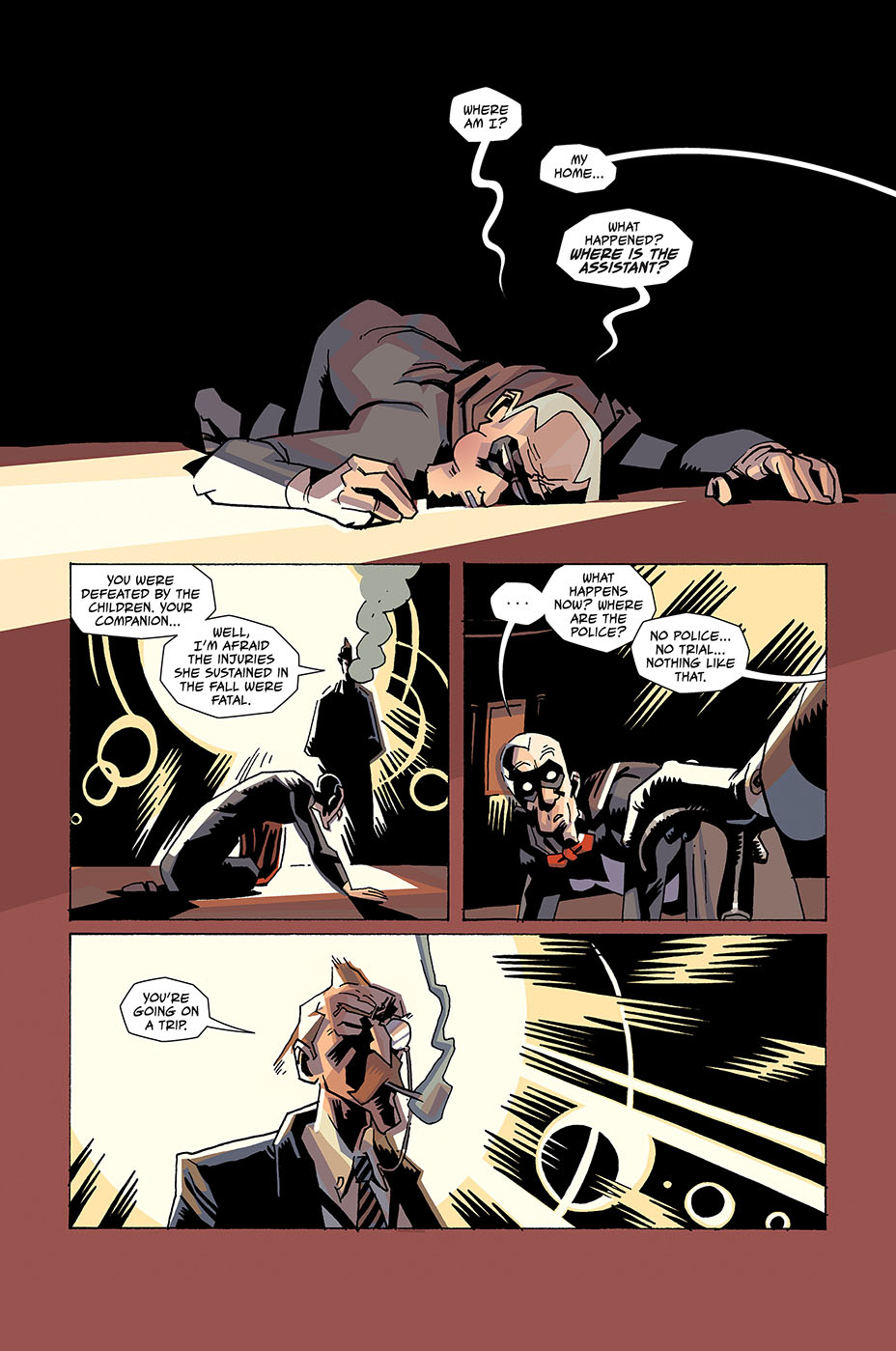 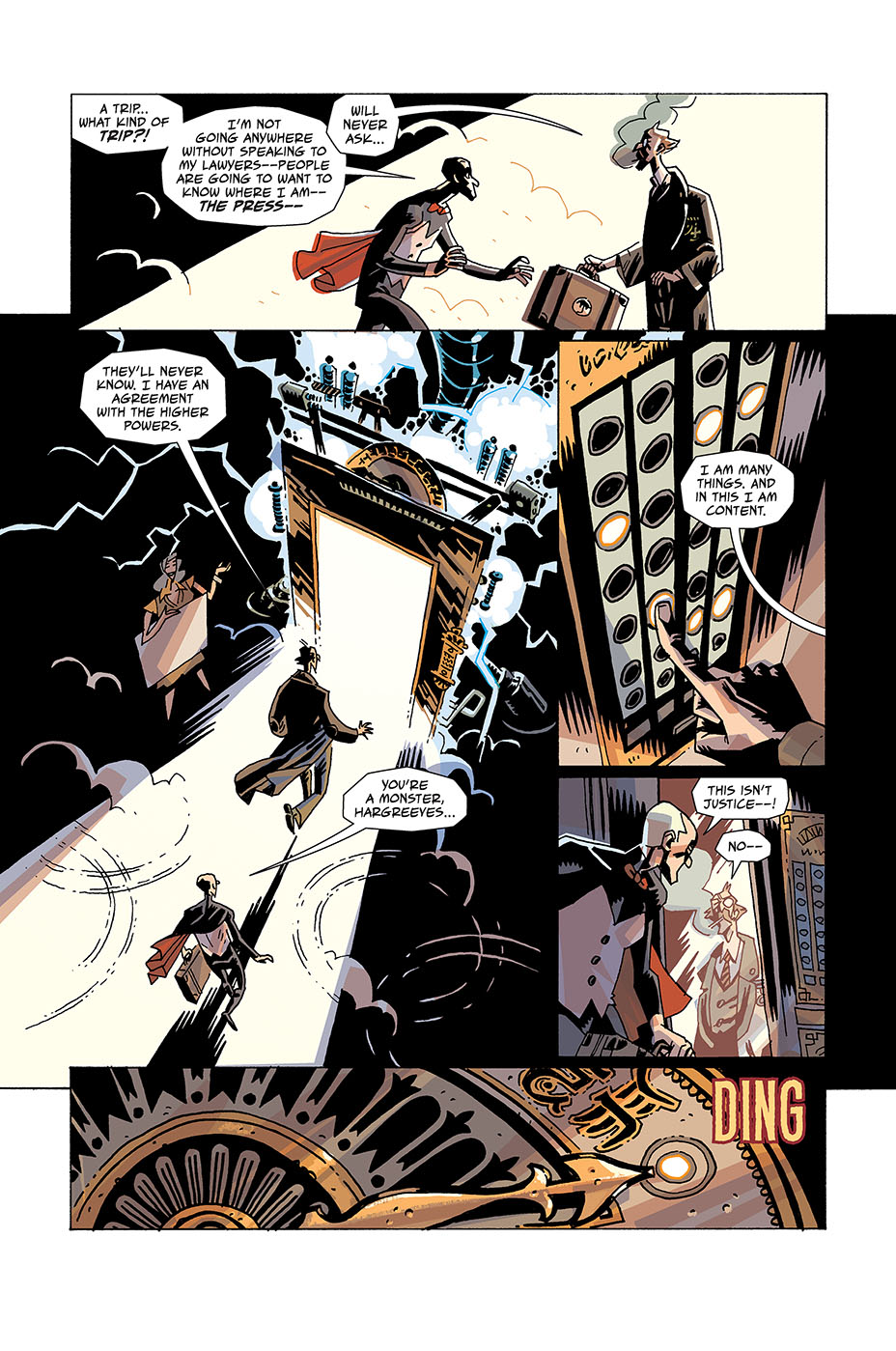 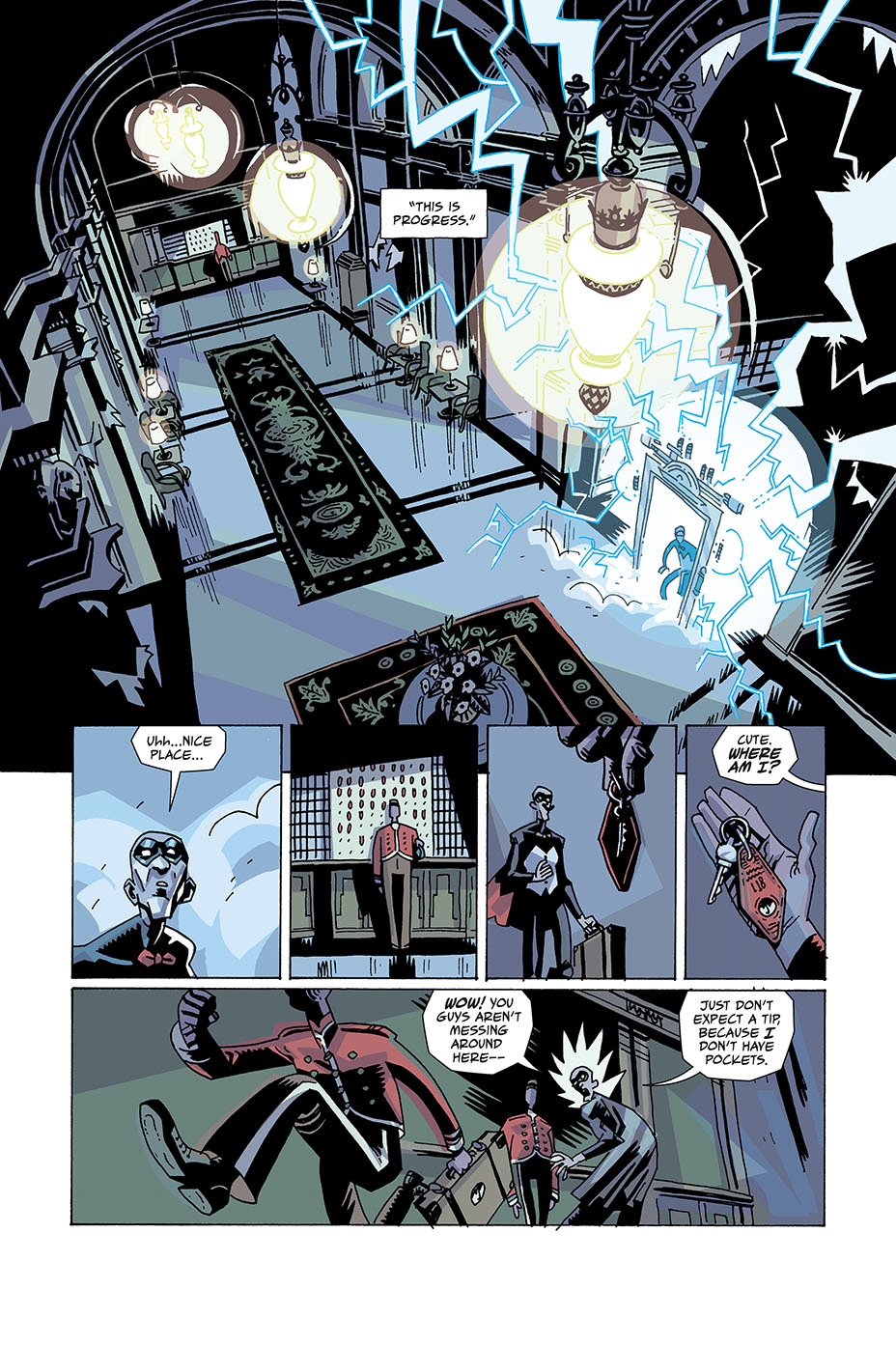 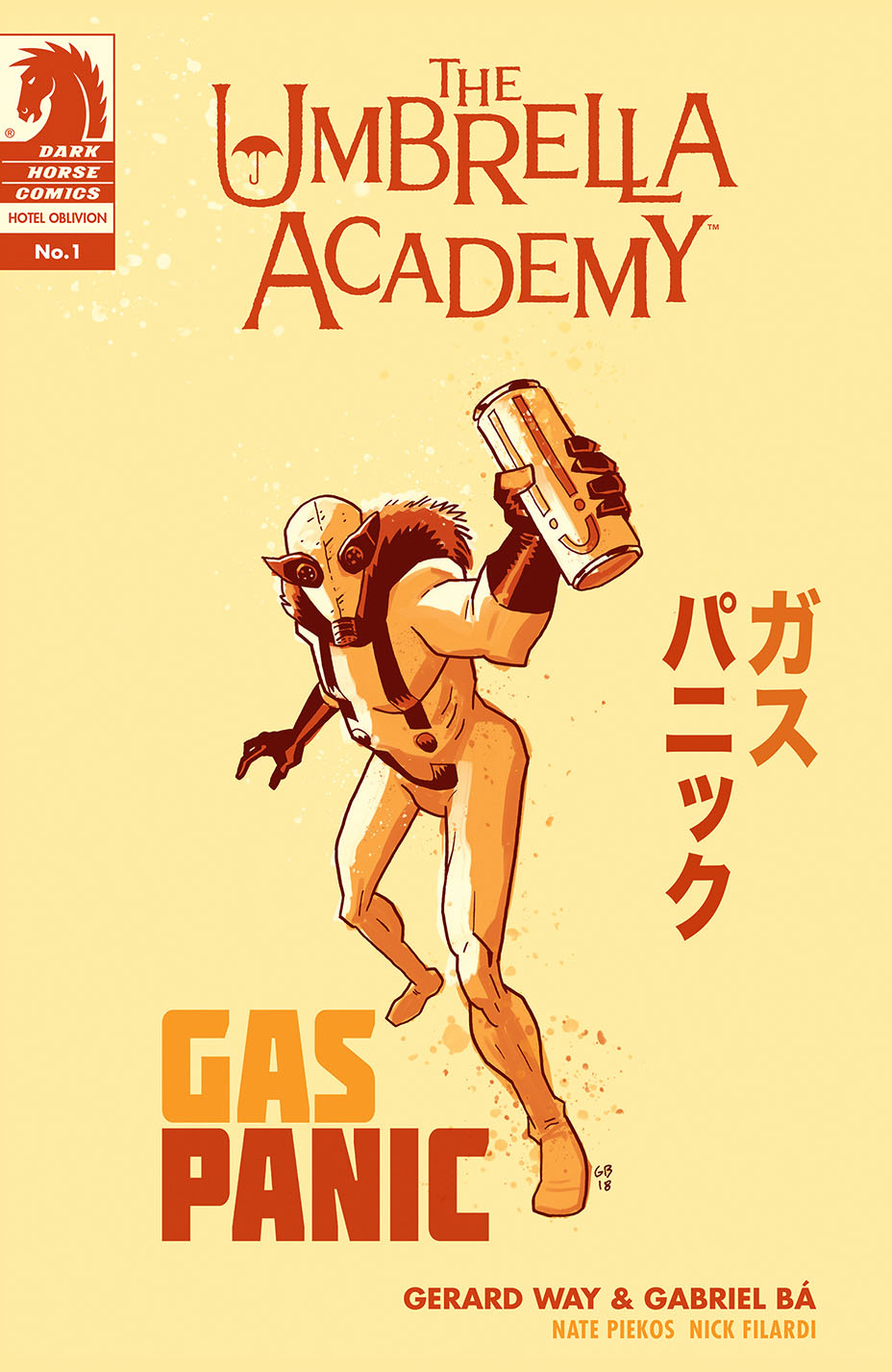 The Umbrella Academy: Hotel Oblivion No. 1 is available digitally and in comic book stores now.