Universal has removed monster movie Bride of Frankenstein from its release schedule.

The feature, which is meant to be part of Universal’s Dark Universe series, was originally slotted for Feb. 14, 2019.

Bill Condon is set to direct the remake of the 1935 classic in which Javier Bardem is expected to play Frankenstein’s monster. Angelina Jolie is in talks to star. Mission: Impossible scribe David Koepp is penning the screenplay.

“After thoughtful consideration, Universal Pictures and director Bill Condon have decided to postpone Bride of Frankenstein,” the studio said in a statement. “None of us want to move too quickly to meet a release date when we know this special movie needs more time to come together. Bill is a director whose enormous talent has been proven time and again, and we all look forward to continuing to work on this film together.”

Condon recently spoke about the film’s script, which he described as turning “everything on its head,” from the classic work of filmmaker James Whale.

“This is Eve before Adam; the bride comes first. So in its own way — you know, we all know the Bride only exists for 10 minutes in the Whale movie. She’s there and the movie’s over. So I keep thinking [it’s], in a way, at least a tribute to what Whale might have done if he’d made a third Frankenstein movie and he’d done it in the 21st Century,” he told Collider.

Over the summer, Universal released a first photo of its universe’s stars together. 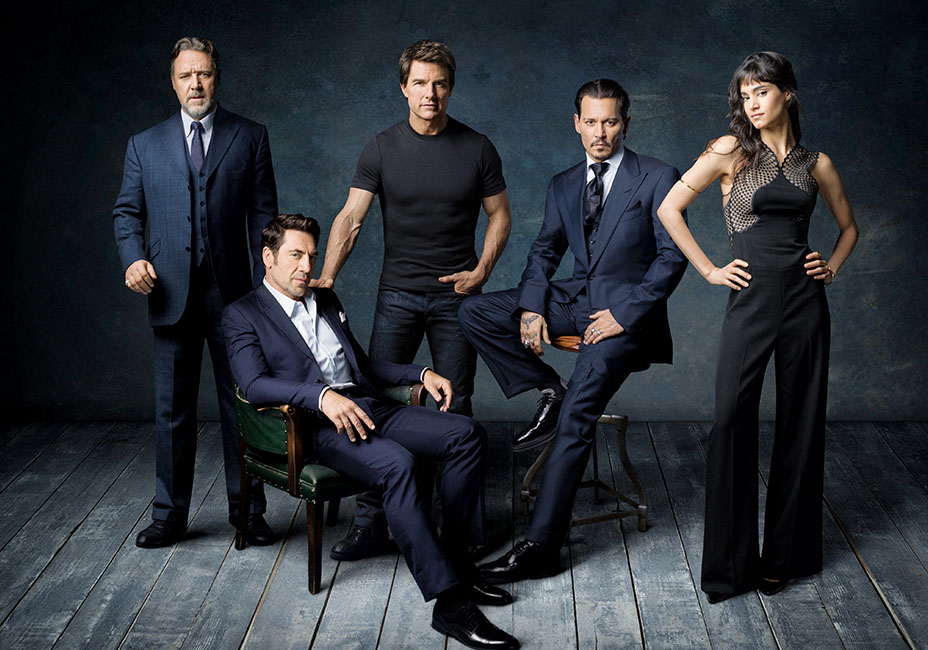 The Dark Universe is meant to be the studio’s banner that will house its new films based on its classic monster properties. This year’s Tom Cruise-starring The Mummy was the first chapter in the cinematic universe, but it disappointed at the domestic box office with an $80 million pull. (The movie proved more successful at the foreign box office with $327 million in earnings.)

An Invisible Man movie, starring Johnny Depp, and a Dr. Jekyll/Mr. Hyde installment, starring Russell Crowe, are also in development, to be released under the Dark Universe title.