[This story contains spoilers for Unsane]

Steven Soderbergh has made his name over the past three decades by being willing to try new things. In between making mainstream hits like Contagion and Ocean’s Eleven, Soderbergh has upended expectations by filming a two-part biopic of Che Guevara; and a super-low-budget indie with non-actors in a small town; and an extended homage to the noirs of the 1940s with black-and-white photography, stilted acting and so on. So it’s not shocking that Soderbergh’s latest film is highly experimental: his new thriller Unsane was shot entirely on the iPhone 7 Plus. On one hand, Soderbergh is talented enough to pull off the experiment; on the other hand, that experiment is the best thing about the movie.

There’s no hiding that Unsane was shot on an iPhone as soon as the studio logos appear onscreen: the movie’s ratio is about 1.56:1, closer to the Academy ratio of 1.33:1 of films from the 1930s than to the 1.85:1 or 2.35:1 ratios that are used on basically every new movie. At first, the story of Unsane lends itself to the visually arresting, sometimes jarring style of the iPhone: a young woman named Sawyer (Claire Foy) is struggling to get over the trauma of being stalked by a creep (Joshua Leonard), having moved from Boston to a town in Pennsylvania. But Sawyer still believes she sees her old stalker, so she goes to get counseling; however, in the process of filling out some forms, she accidentally commits herself for a night at a mental-health facility and soon finds that she’s at the whimsy of callous administrators, doctors and an orderly who’s either her old stalker or just a fantasy she’s concocting in her mind.

Before Soderbergh’s supposed retirement from filmmaking in 2013, he made two dramas that dealt with the American medical industry: Contagion and Side Effects. Both of those films are far more satisfying, with better performances and less inherently goofy screenplays. (Side Effects, which was purportedly going to be Soderbergh’s last film, has a streak of gleeful trashiness, but the accomplished cast, his direction and the twisty script allow it to work all the same.) What neither of those films had is what this movie does: the unique shooting setup. What Unsane makes up for in its flashy presentation, however, it loses in a screenplay that only makes sense if you don’t think about it or buy into its inconsistent attempts at creating nightmare logic. 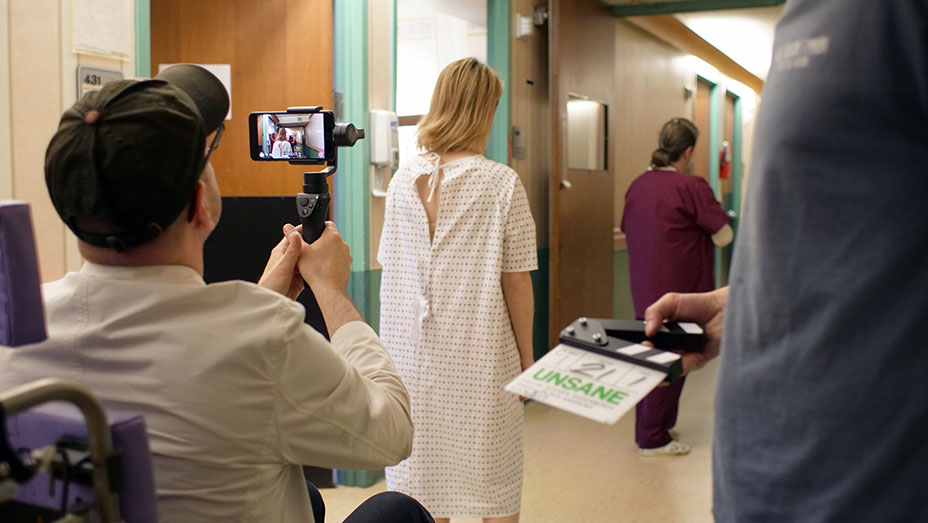 The scene in Unsane that most clearly emphasizes the way in which it was shot is, if you can remove its place in the film, the best one here. Sawyer has been warned for much of the first hour that if she acts out, she may get thrown into solitary confinement. Predictably, she acts out and is thrown into a room with blue padding in the dark, dingy basement. Once there, Sawyer learns what the audience already knows: though she may be slightly unhinged, her stalker David is at the mental-health facility, tormenting her out of what he calls love. David, under a stolen identity as an orderly, enters solitary confinement to wheedle his way into her heart, while she fiercely pushes back. The ensuing argument is as thrilling as the film gets, in part because every time the camera sways around Sawyer or David, the audience can feel the movement behind the screen. It’s an A-list filmmaker’s version of taking a video with your smartphone with sudden and intense pans to the left and right; considering how intensely charged the scene is meant to be — the stalker and his prey facing off with each other — having the iPhone as the camera makes it genuinely exciting.

That is, until you place the scene into greater context. To accept this scene, you have to accept that David not only followed Sawyer across state lines (disturbing, but believable), but he also followed her to the mental-health facility, killed a random person to steal their identity lest his past come up in a background check, got hired in the right kind of position to get close to the woman he “loves,” and all in the matter of two days. (Sawyer first is checked in for 24 hours, but is remanded for a further seven days. The movie takes place over that seven-day period, so the hiring process must be awfully quick at this hospital.) From moment to moment, the fact that Unsane was shot on an iPhone is easy to spot without being distracting. But it doesn’t absolve the script. 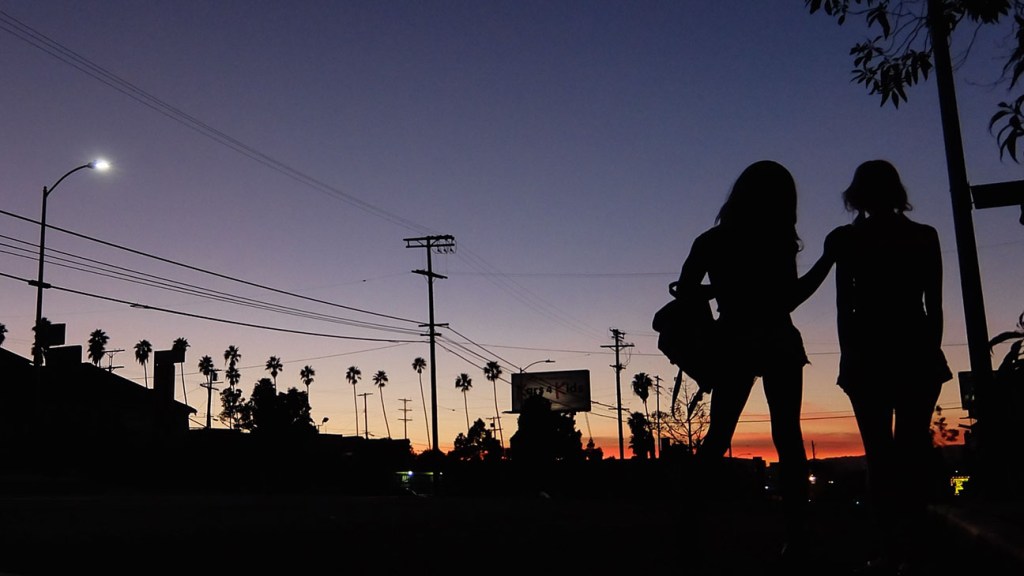 Soderbergh, despite pulling off the double experiment of shooting a film on an iPhone and continuing to release his films without the standard marketing campaigns that most mainstream films receive, isn’t the first to break this ground. As an example, a couple years ago, indie director Sean Baker made the marvelous, big-hearted drama Tangerine, about two trans sex workers on Christmas Eve in Los Angeles, with the iPhone 5s. Unsane deliberately doesn’t look as beautiful as Tangerine — the majority of the film takes place in the mental-health facility, so it looks grim — but Baker not only pushed the limits of what a smartphone could do. He and his cast and crew told a wonderful, vibrant, emotional story. Unsane proves that a great filmmaker can make a movie on the iPhone, even if the film isn’t great.