Jordan Peele’s upcoming horror movie Us suggests there are dark consequences to meeting your double.

The film revolves around a family setting off on a beach vacation to a woman’s childhood home. Played by Lupita Nyong’o, Adelaide Wilson begins to re-live trauma from her past and notices eerie coincidences. She becomes certain something bad is going to happen to her family, and judging by the spot that debuted on Super Bowl Sunday, she’s right.

According to Peele, the concept behind the monsters of Us, called The Tethered, comes from the idea that “we’re our own worst enemy.” He has said he wanted to explore duality, the connections between characters and their counterparts. The title itself is as likely to refer to the relationship between twin spirits as the relationship between family members.

To understand Us ahead of its March opening, it’s time to look to the folkloric, mythological, and paranormal pop culture evolution of doppelgangers.

Over time, doppelgangers have alternately been viewed as either malicious or mischievous entities that instill ugly thoughts and offer misleading advice. They may be portents of doom or bad luck. Doubles could be shape-shifting demons, ghostly twins or the result of astral projection or bi-location (a phenomenon in which an individual can be in two places at once). Doppelgangers might not cast a shadow or have a reflection. And their faces aren’t quite right.

In real life, science points to the cause of doubles as a result of limited genetic diversity, or heautoscopic hallucinations caused by brain tumors. Yet the concept of doppelgangers goes back several millennia, before the word was even coined. Benevolent and evil twin spirits can be found in the Zurvanism branch of Zoroastrianism in the fifth century BCE. The wild man Enkidu is an equal but opposite twin of Gilgamesh in the 2100 BCE Mesopotamian epic. Within the Jewish Torah and the Christian Bible, angels can take the form of humans. And in “The Greek Princess” mythology, the Egyptian take on the the Trojan War, a “ghostly likeness” of Helen is dispatched to mislead Prince Paris of Troy.

Within folklore, the Norse vardoger and Finnish etiainen represent a ghostly counterpart of a living person. These spirit predecessors carry a warning of bad times ahead. They aren’t as outwardly sinister as the trow of Irish and Scottish folklore, which replace a healthy human baby with a changeling resembling the infant.

The word “doppelganger” itself was invented by the author Jean Paul in Romantic novel Siebenkas (1796-1797). He writes about a man who meets with his alter ego, using the term “doppeltganger” (with a “t”). He defined it as “people who see themselves,” and when one “goes twice.” But “doppelganger” without the “t” describes the “double course” of a meal.

Paul’s doppeltganger is more closely associated with twinning than with anything supernatural. But the connotation of doppelgaänger resembles a “fetch” from Francis Grose’s 1787 publication A Provincial Glossary, With a Collection of Local Proverbs, and Popular Superstitions. This is “the apparition of a person living,” while a “swarth” is the fetch of a dying man.

“Fetch” must not have been catchy enough, because English novelist Catherine Crowe adopted “doppelganger” for her 1848 paranormal tome The Night-Side of Nature; Or, Ghosts, and Ghost-Seers.

The most influential work yet about doppelgangers, Night-Side was a huge success within paranormal pop culture, and influences theories to this day. It merged enjoyable “true” stories with spooky elements, and folklore with anecdotes, or gossip, from real places. Her accounts of doubles included elements of sleepwalking, bi-location and astral projection. Seeing a person’s doppelganger, or “self-seeing” your own, might mean death or bad luck.

Crowe shares the story of playwright Johann Wolfgang Goethe, “whose family, by-the-way, were ghost-seers,” traveling on horseback along a footpath. Goethe encountered his doppelganger riding in the opposite direction, and eight years later, he found himself on that path again, in the same clothes his lookalike wore.

As influential as Crowe’s work was, doppelgangers appeared in other contemporaneous works of the 19th century. The trend coincided with the popularity of Spiritualism, which promoted spirit communication as religious philosophy. In his 1860 book Footfalls on the Boundary of Another World, spiritualist Robert Dale Owen dedicated a chapter to “Apparitions of the Living.” He related the famous tale of Emilie Sagee, a schoolteacher said to be haunted by her own doppelganger for at least 16 years. It was seen by others and led to her frequent dismissal from schools.

Most doppelgangers are portrayed either as demonic, evil twins or malicious identity thieves. In Edgar Allan Poe’s “William Wilson” (1839), a man is driven insane by his meddling doppelganger, which leads to William killing his double/dying by suicide. Interestingly, the protagonists in Peele’s Us share the surname Wilson. 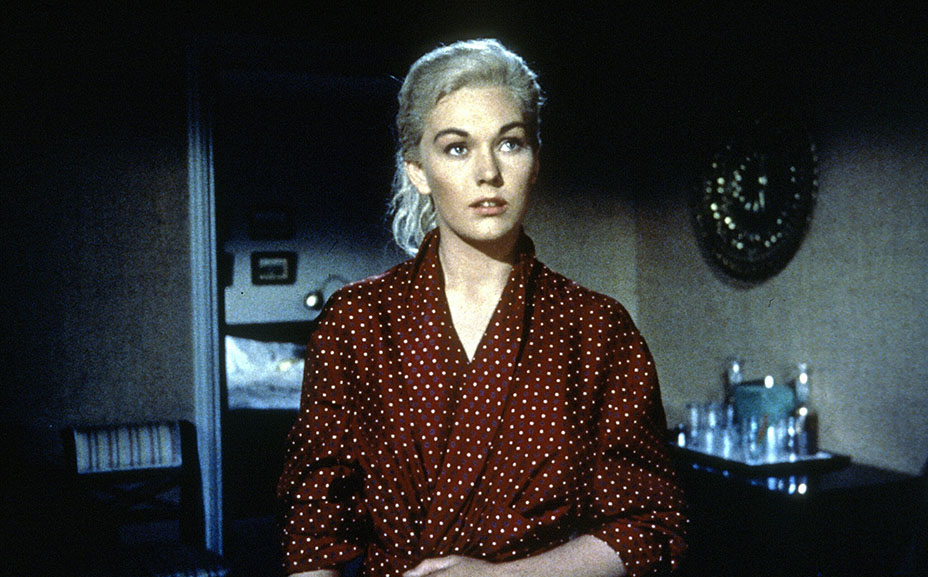 Doppelgangers went mainstream in the 20th century with the advent of cinema. The 1937 theological thriller novel Descent Into Hell by Charles Williams features a heroine seeking to avoid her pursuing doppelganger while, separately, another character fetishizes a woman so much he falls in love with a succubus double of her. Meanwhile, Alfred Hitchcock used the concept of a lookalike to great effect in Vertigo, the 1958 psychological thriller where Kim Novak plays a woman who is her own doppelganger. The narrative device was likewise used in the 1951 noir The Man With My Face.

An underrated psychological doppelganger film is The Man Who Haunted Himself (1970). Based on the 1940 story The Strange Case of Mr. Pelham, it stars Roger Moore, in the role he was most proud of, as a man who dies on an operating table, only to awake and discover he has a double running (and ruining) his life. The story was also adapted into a 1955 episode of Alfred Hitchcock Presents.

Peele has said his original inspiration for Us came from a 1960 episode of The Twilight Zone, “Mirror Image,” in which a woman’s sanity unravels as she determines an evil doppelganger from a parallel universe is seeking to replace her – and it’s all happening from within the confines of a bus depot. The episode idea came to Rod Serling at an airport after he saw a man from behind wearing the same clothes as him, carrying the same briefcase. He apparently wondered what might happen if the man turned around and was his double.

The Twilight Zone conceit of parallel universes carries more of a science fiction element to it, and sci-fi has often been a rich territory for doppelganger stories. The monster in Mary Shelley’s Frankenstein (1818) is the disfigured opposite to his creator, and the genre often returns to the monstrous double (such as Superman’s Bizarro, introduced in 1958).

While doppelgangers crossed genres, there emerged a comedy subgenre about political leaders replaced with lookalike civilians. The most famous was the 1940 Charlie Chaplin movie The Great Dictator, but there’s also Ivan Reitman’s Dave, Paul Mazursky’s Moon Over Parador, and Netflix’s recent offering The Princess Switch from director Michael Rohl.

Now, Peele’s Us looks to confront audiences with a new take on the doppelganger. What, if any, folklore, supernatural theory or paranormal entertainment he draws from is yet to be seen.

Whatever the origins of Jordan Peele’s Tethered, Us will be another chapter in a long tradition of seeing double while giving us a good reason to fear them.

Jordan Peele Drops 'Us' Spot Ahead of Super Bowl